Add an Event
Newswire
Calendar
Features
Home
Donate
From the Open-Publishing Calendar
From the Open-Publishing Newswire
Indybay Feature
Publish to Newswire
Add an Event
Related Categories: San Francisco | Anti-War
Pictures From August 12th Rally In san francisco For Lebanon and Palestine
by Robert B. Livingston (gruaudemais [at] yahoo.com)
Saturday Aug 12th, 2006 10:13 PM
Here are some snapshots I took at the rally and march held this afternoon in San Francisco at which thousands turned out.
Copy the code below to embed this movie into a web page:
Download Video (1.3MB) | Embed Video
After awhile all these protests begin to look pretty much alike. Often times it seems the same people show up... "the usual suspects" (as they are known by themselves and the mainstream media).

But then-- especially today-- there were plenty of new faces: most notably Middle Eastern faces-- Lebanese families-- after all, there are many Lebanese families living in California now (many refugees displaced by war).

There were lots of women and children....

The day was peaceful-- even as pro-Israeli groups called and taunted from the steps of City Hall. When the rally broke up to march-- they returned to the Civic Center-- and the pro-Israeli group was largely gone.

As a protest-- the A.N.S.W.E.R. supported rally appeared to be a huge success. It attracted thousands from all walks of life. Many local TV networks had their cameras set up. The police turned out in force, but all this was pretty much "old hat" to them. I saw one cop in a van, bored, munching peanuts.

There is always potential for trouble whenever you cram thousands into a small area. The police in San Francisco for the most part appeared smart, ready, and sympathetic.

San Francisco protesters were patient, good-humored, and passionate... and knowledgeable: most were fluent with the facts regarding the long and short term history of violence and war in Palestine and Lebanon--

one must wonder: whose newspapers are they reading?
§speaker
by Robert B. Livingston Saturday Aug 12th, 2006 10:13 PM 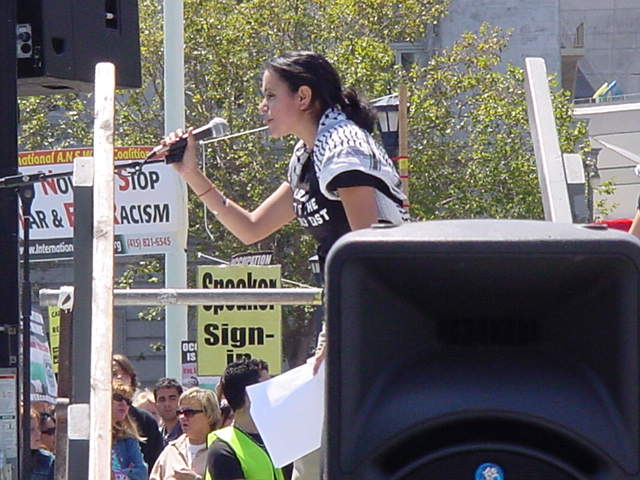 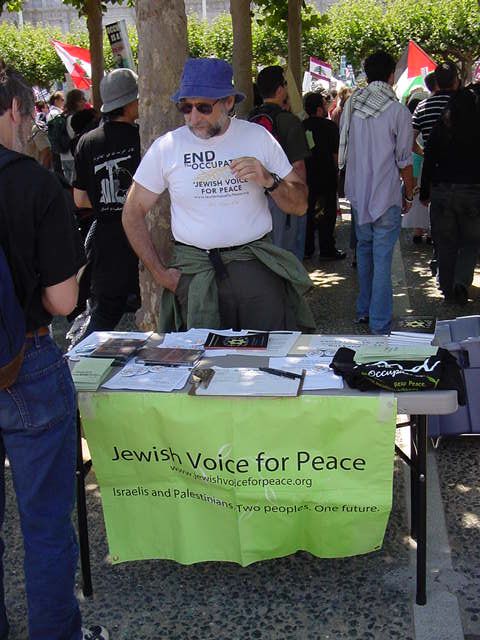 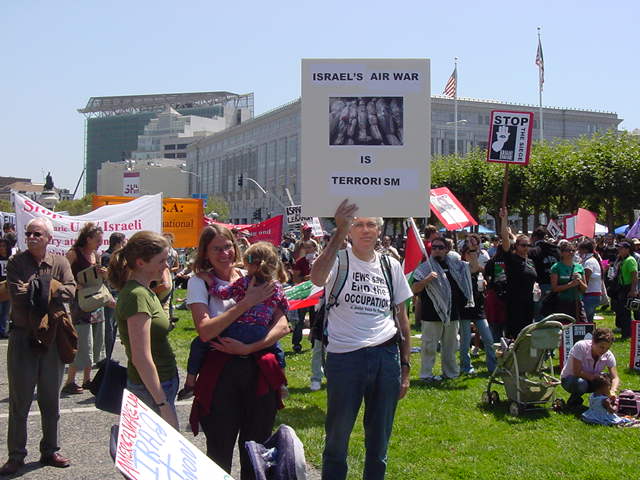 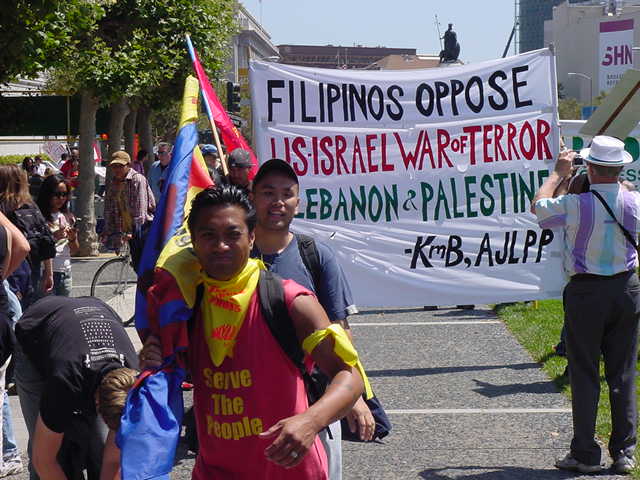 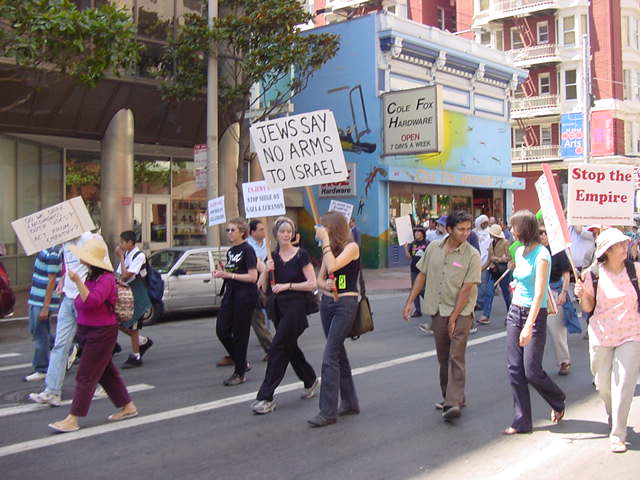 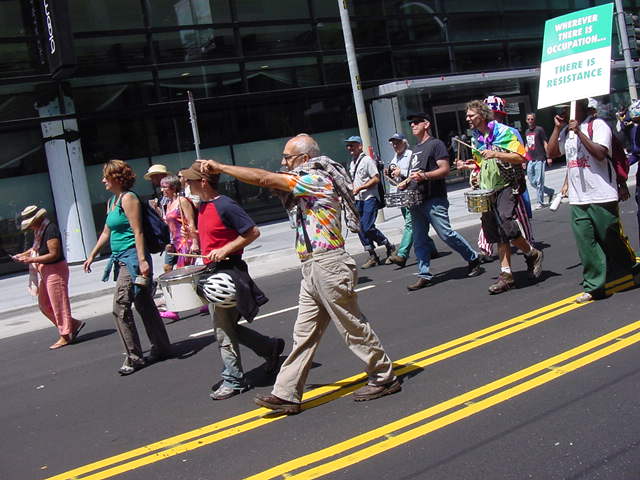 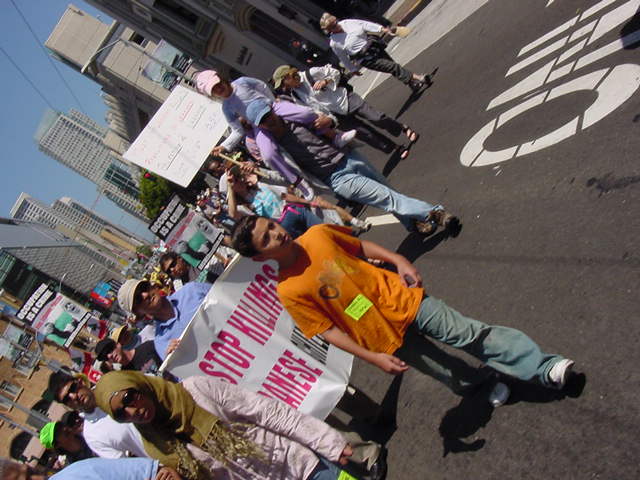 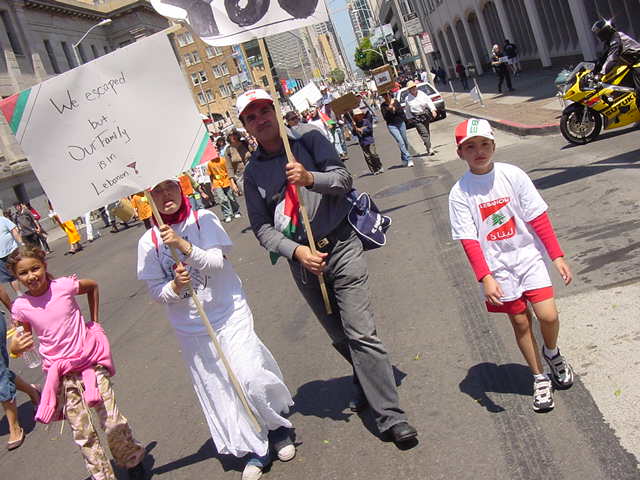 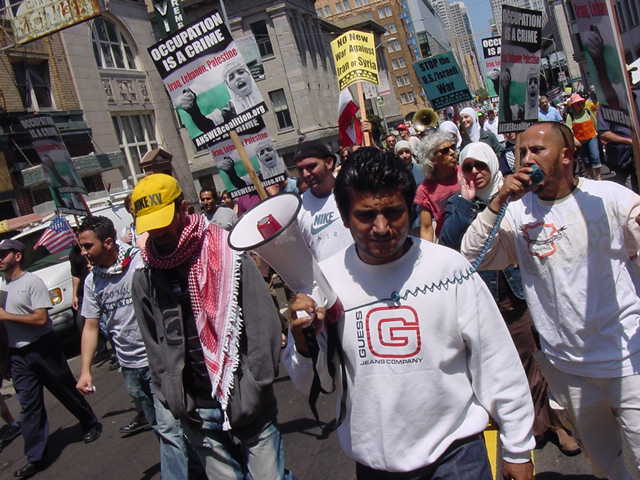 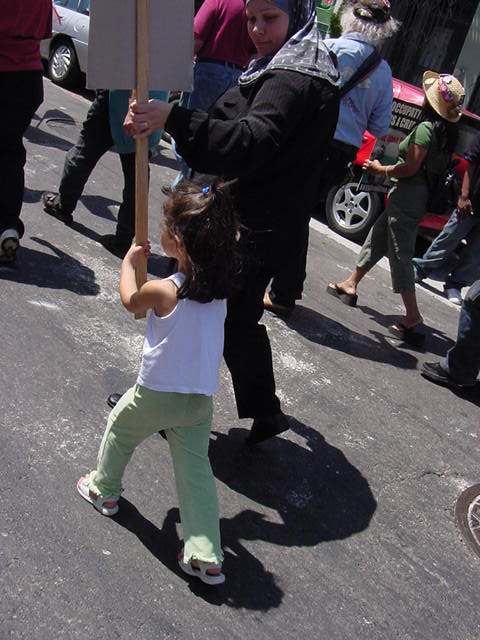 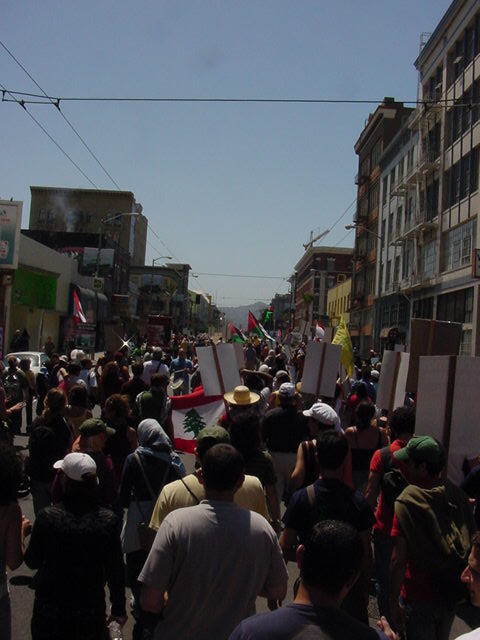 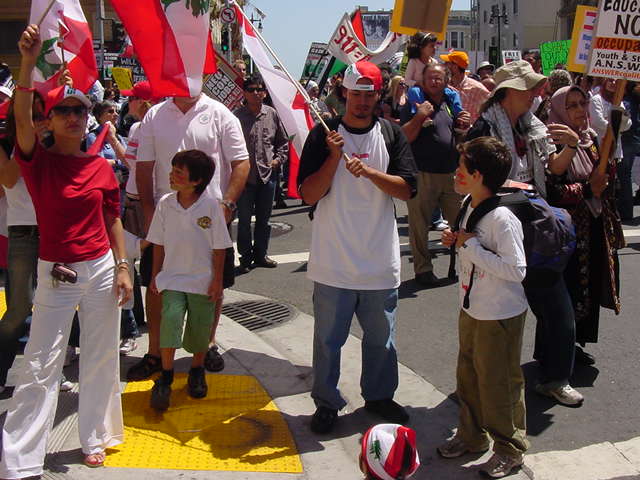 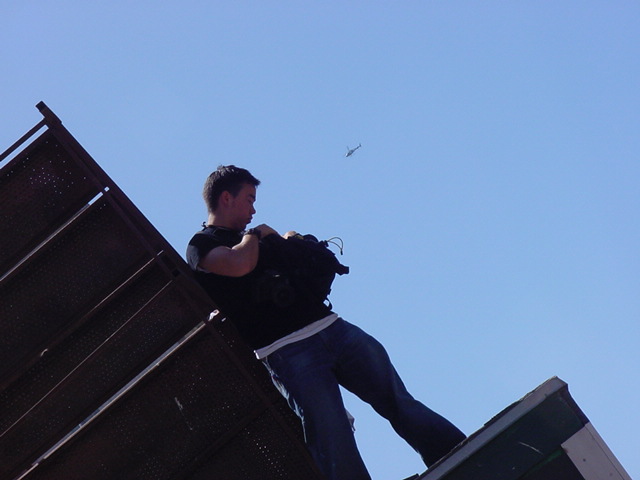 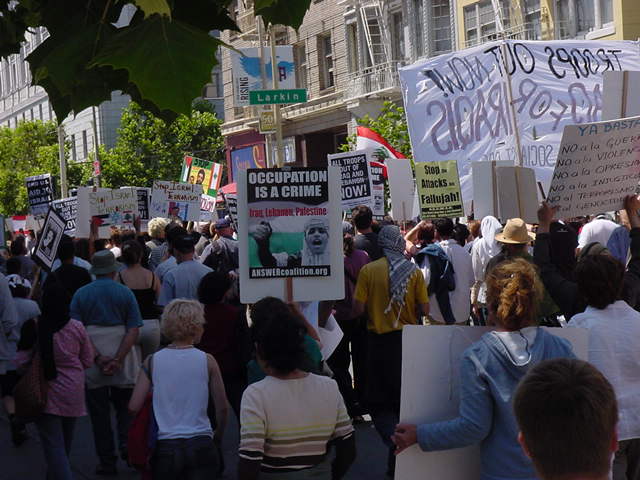 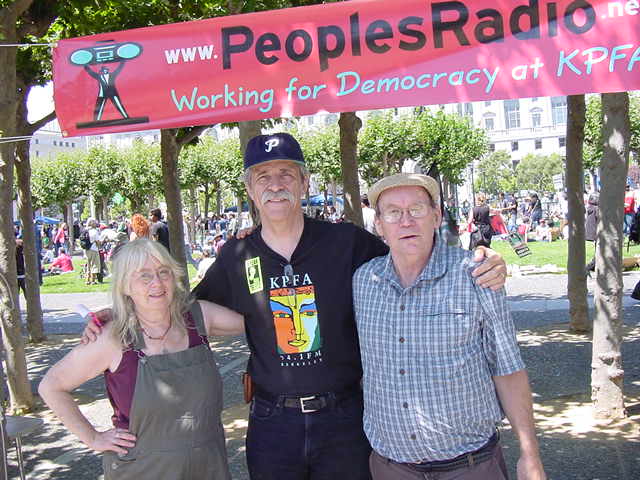 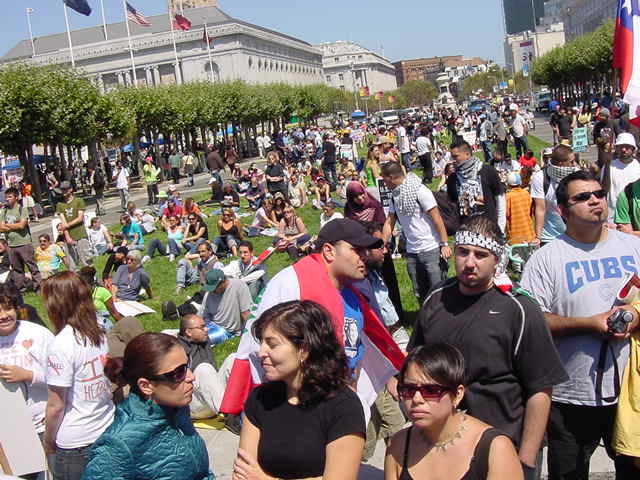 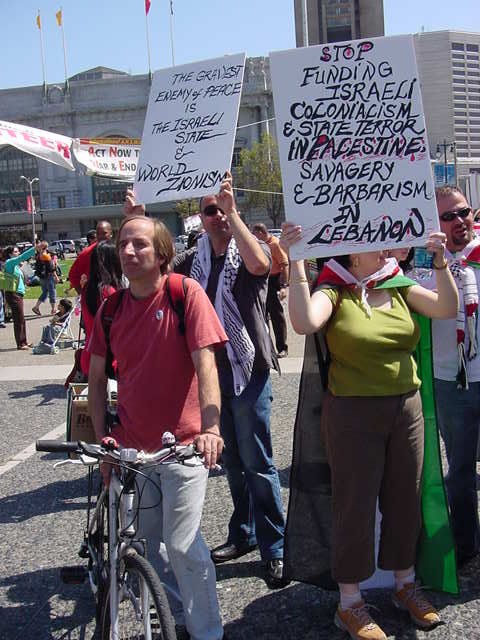 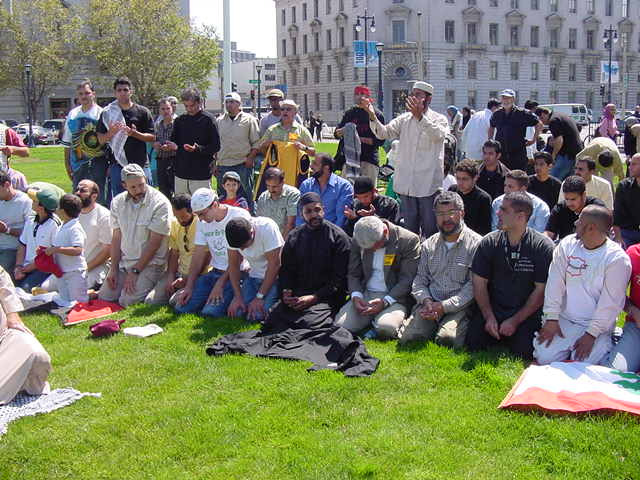