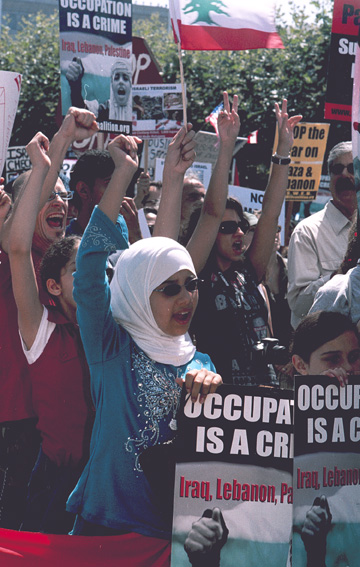 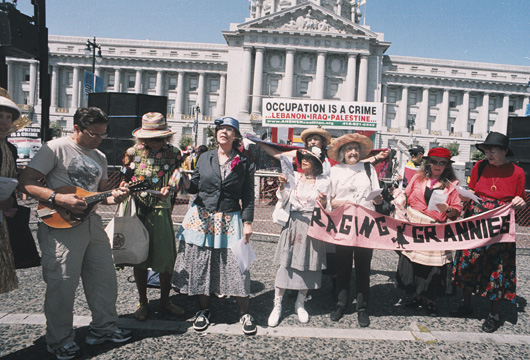 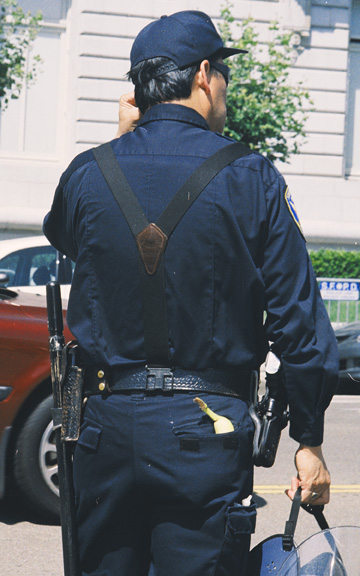 The S.F.P.D stood between The two groups of protestors. This officer had a banana in his pocket.
§Israeli Supporters
by Charles Slay Saturday Aug 12th, 2006 9:51 PM 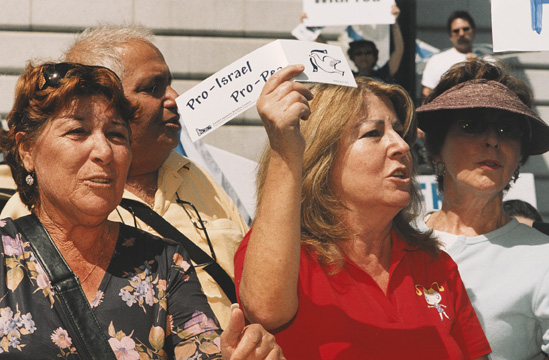 Meanwhile, across the street these women, along with about 100 others, were chanting shalom and waving signs saying "Pro-Israel, Pro-Peace."
§Destroy Islam
by Charles Slay Saturday Aug 12th, 2006 9:51 PM 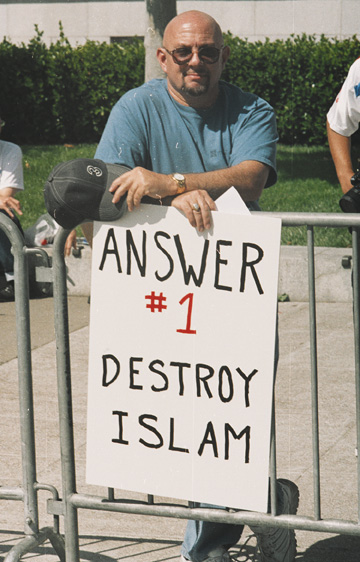 This man who identified himself as Marc Rauch, calls for "the destruction of Islam."
§Palestine Flag
by Charles Slay Saturday Aug 12th, 2006 9:51 PM 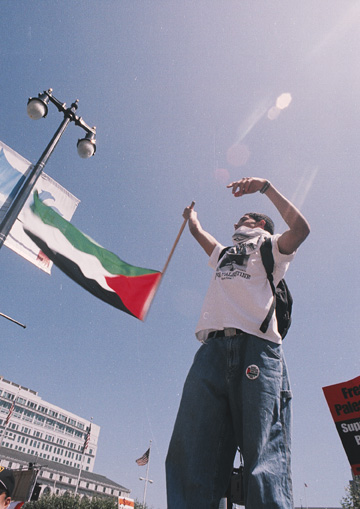 Wesam Dawah waves the Palestine flag across the street from the pro-Israel faction.
Add Your Comments
Support Independent Media
We are 100% volunteer and depend on your participation to sustain our efforts!