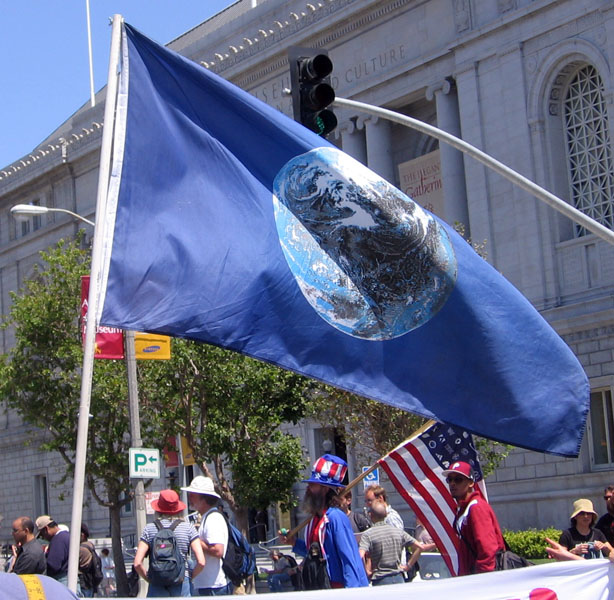 Along with thousands of others in cities around the U.S., Bay Area community members rallied and marched demanding an end to the occupations of Iraq, Palestine, and Lebanon. Demonstrators also called for an immediate halt to the current Israeli invasion of Lebanon and Gaza.
http://www.notinourname.net
§March takes off
by Max Diorio, Not In Our Name Saturday Aug 12th, 2006 6:18 PM 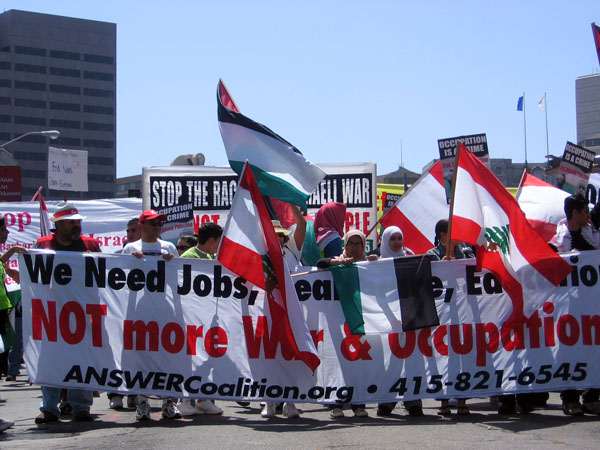 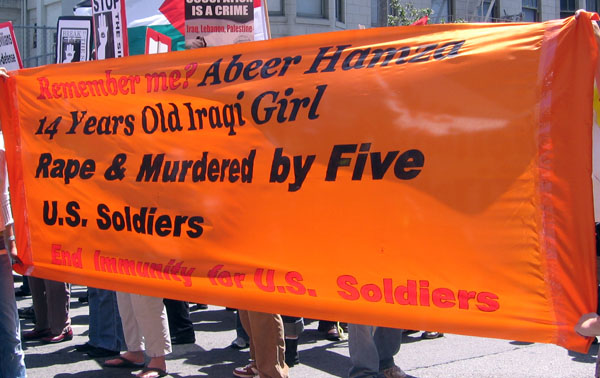 Organizers of vigils to be held on Saturday August 19th hold a banner for Abeer Hamza. Abeer would have turned 15 on August 19th. Abeer was a young Iraqi girl who was raped and murdered along with her family in March 2006 by US occupation soldiers. More info on vigils in Berkeley, NYC, and Los Angeles at:
http://www.myspace.com/abeerhamza
§On the other side...
by Max Diorio, Not In Our Name Saturday Aug 12th, 2006 6:18 PM 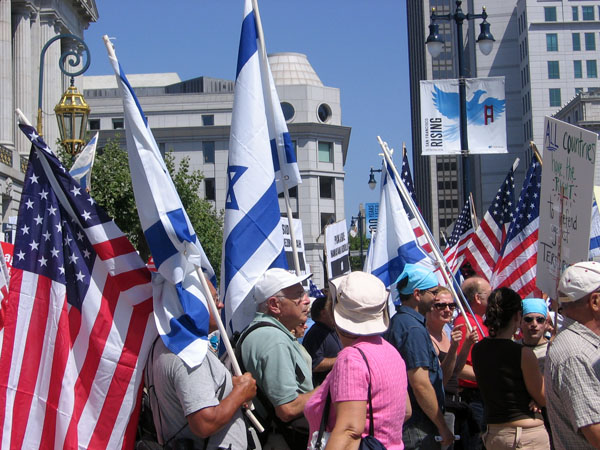 US and Israeli flags co-mingle as the counter-protester pro-Israeli forces gather on the steps of city hall. No cohesive message could be gathered from this crowd...their main tactic seemed to be unsuccesful attempts to drown out speakers on the main stage.
§Huh?
by Max Diorio, Not In Our Name Saturday Aug 12th, 2006 6:18 PM 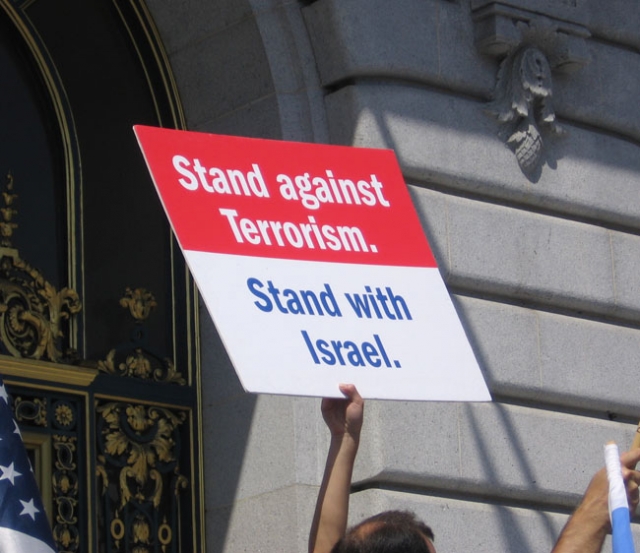 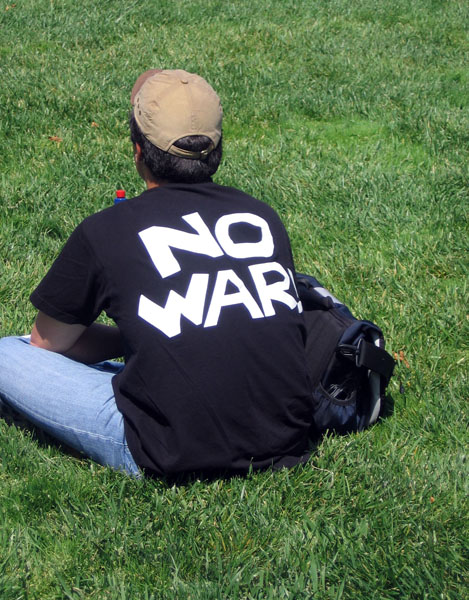