Add an Event
Newswire
Calendar
Features
Home
Donate
From the Open-Publishing Calendar
From the Open-Publishing Newswire
Indybay Feature
Publish to Newswire
Add an Event
Related Categories: Palestine | San Francisco | Racial Justice
SF Voice For Israel Sounds Like Old Fashioned Racism And Bigotry
by Scary
Saturday Aug 12th, 2006 5:55 PM
At the August 12th protest against the destruction of Lebanon, hundreds of pro-Israel protesters showed up to try to chant down the anti-war speakers. While some signs called for peace, many were extremely racist or called for more killing. 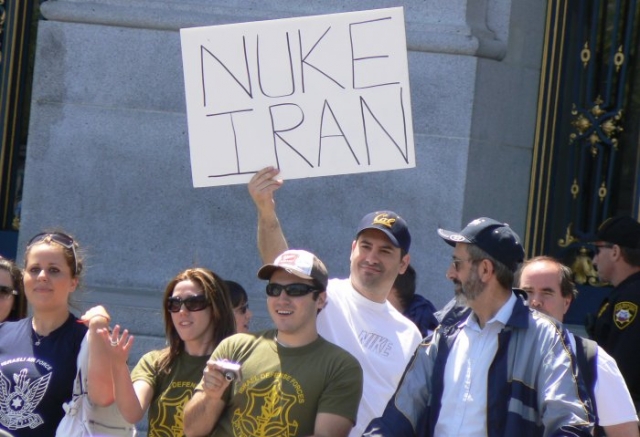 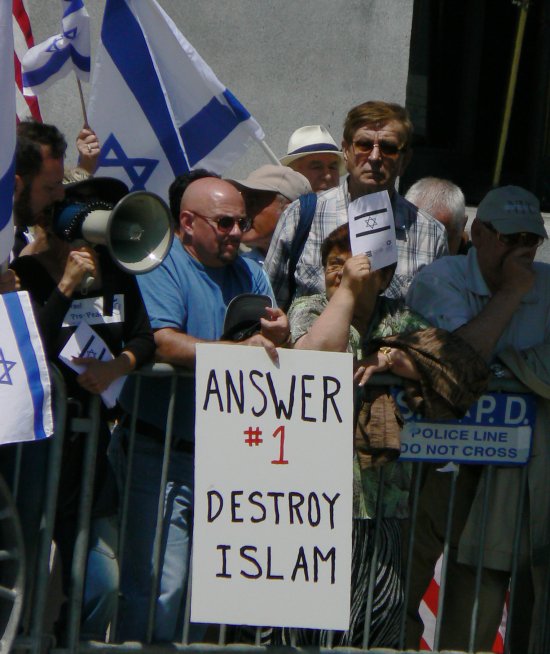 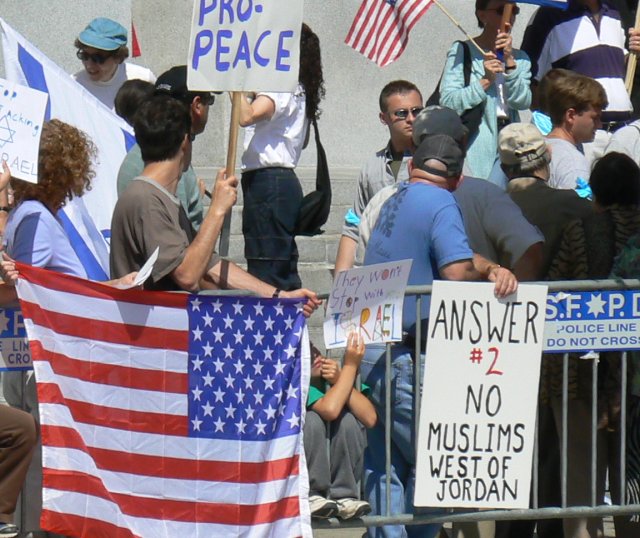 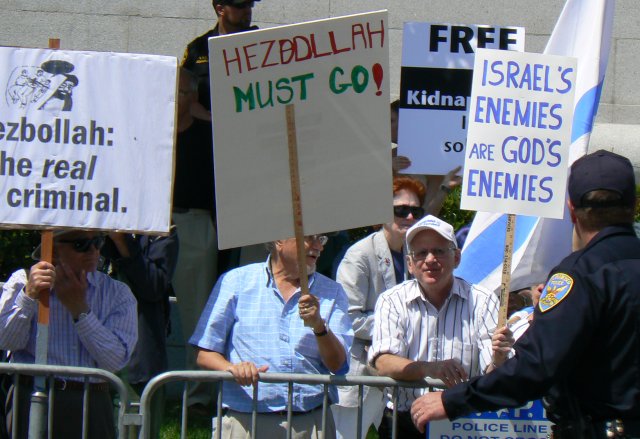 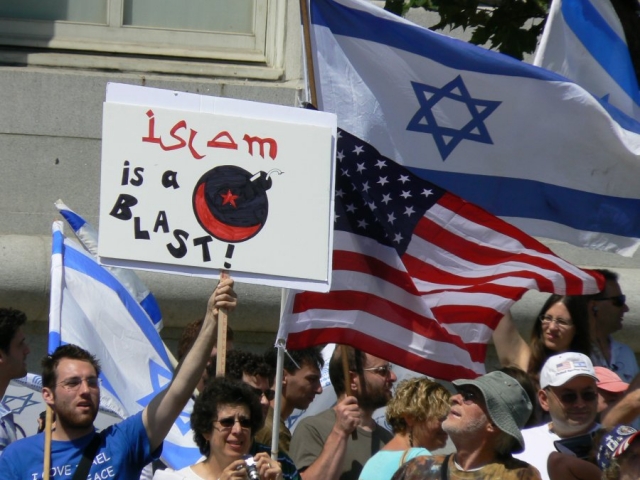 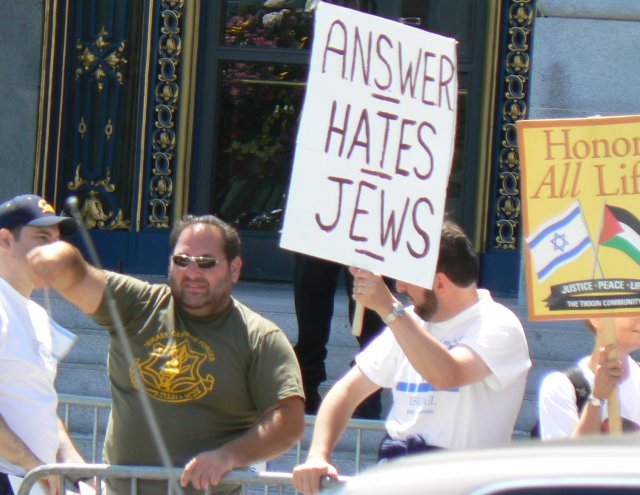 A lot of ANSWER leaders and speakers are Jewish but the far right liks to pretend that most Jews are proWar.

While perhaps strictly not part of the ANSWER protest (since they were in front of the library across the street), there was a sizable Jewish group that did protest against the war on August 12th. See:
http://indybay.org/newsitems/2006/08/13/18296884.php
§Islam=Fascism
by Scary Saturday Aug 12th, 2006 5:55 PM 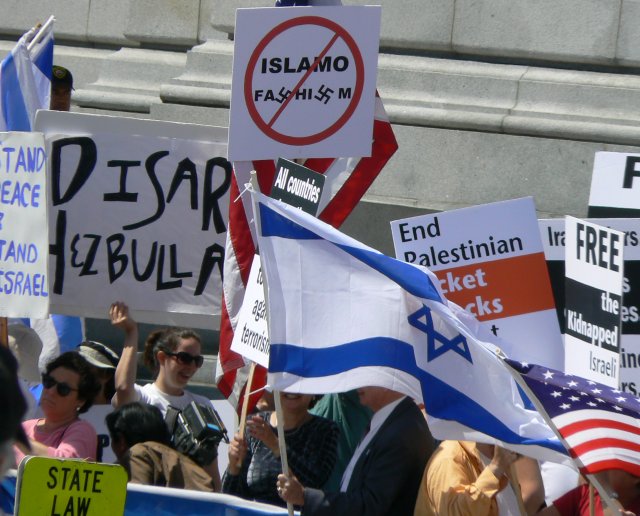 I guess they would tautologically argue that this only means that fascist Muslims are fascist but it seems like it realy is intended to imply that Islam itself is evil
§
by Scary Saturday Aug 12th, 2006 5:55 PM 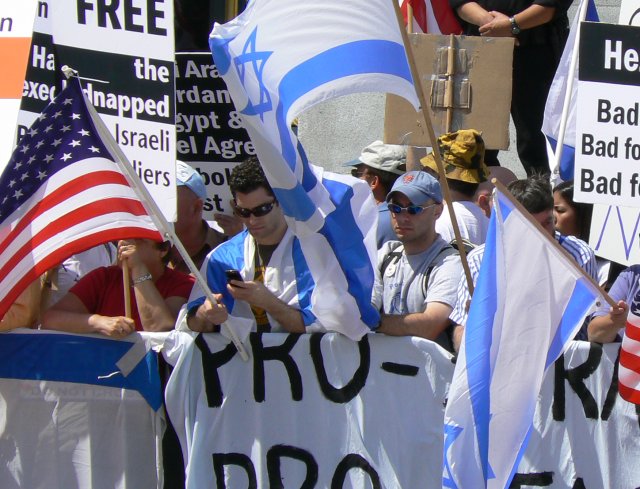 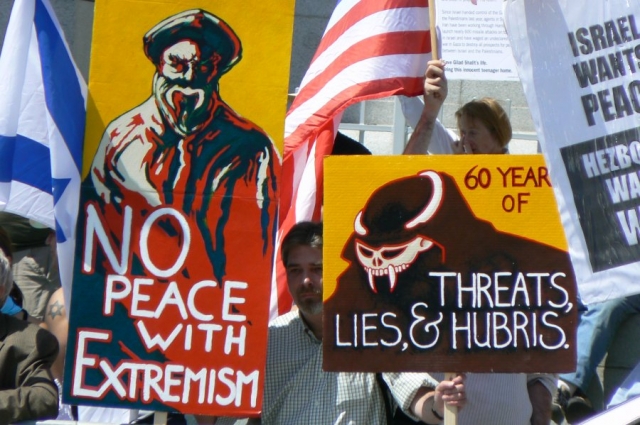 The guy who made the signs has a blog at:
http://atthebackofthehill.blogspot.com/2006/08/civic-center-and-moonbats.html
Responding to the charge that his charactures of Muslim leaders look like Nazi portrayals of Jews he responds:
"Well DUH! Perhaps that was the point, moron!"
§
by Scary Saturday Aug 12th, 2006 5:55 PM 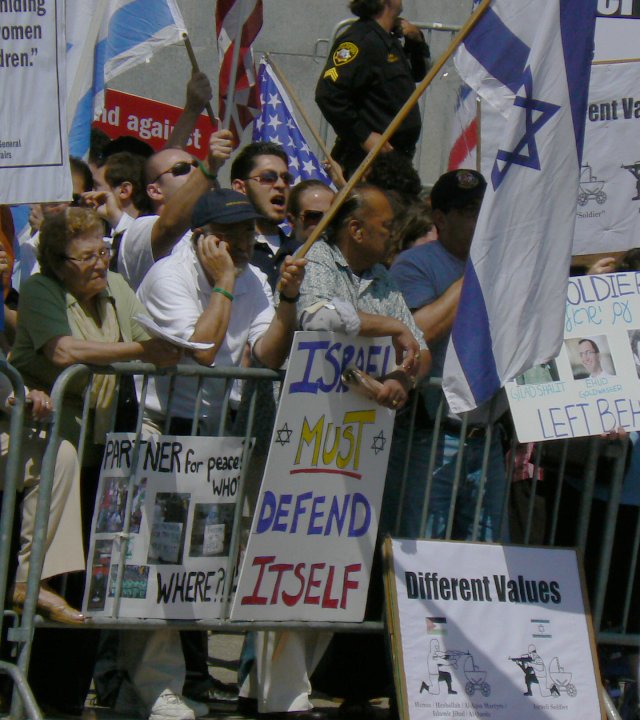 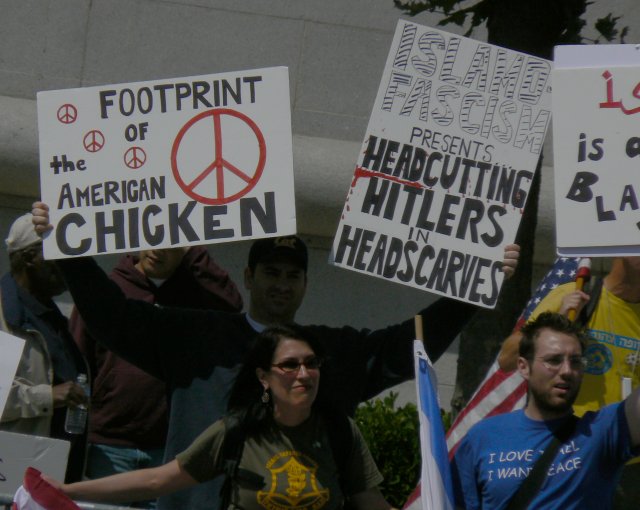 I wonder if the people with signs saying Israel wants peace really feel the same as this guy
§
by Scary Saturday Aug 12th, 2006 5:55 PM 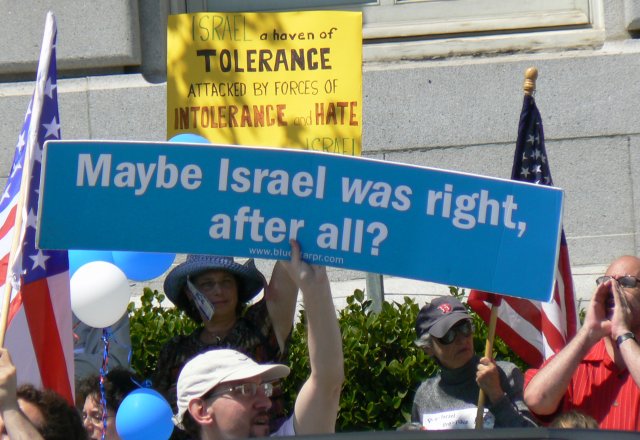 After looking at how racist the pro-Israel crowd is and the destruction of most of Lebanon's infrastructure (even in Christian areas that used to be anti-Hizbollah before Israel attacked) I wonder how many people would say... hey... maybe Israel is right and collective punishment is moral and good...
§If Saudis Hate Shias So Should You...
by Scary Saturday Aug 12th, 2006 5:55 PM 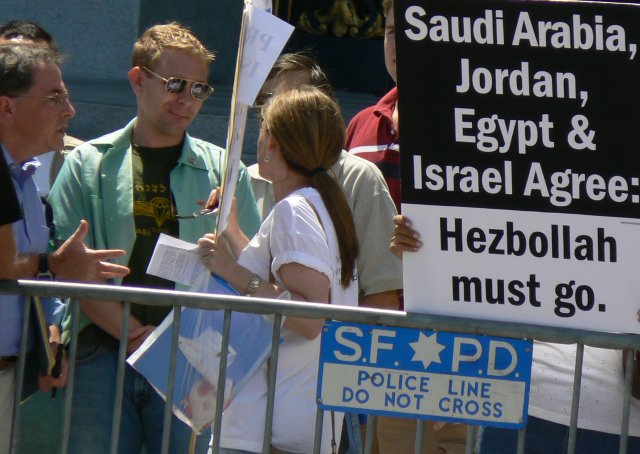 Except the Saudis have backed away from their early statements and the Saudi public is pretty solidly behind those fighting Israel. One reason the Saudis fear militant Shia groups and behind the scenes may be backing some of what Israel is doing is because N Saudi Arabia is both majority Shia and contains a large aount of Saudi Arabia's oil.

As for Egypt and Jordan they are pretty brutal dictatorships that are so dependent on the US they pretty much do whatever the US says. If Egypt ever had free elections the Muslim Brotherhood would win (although thats partly because Hosni Mubarek wants the US to think thats the case to quell calls for democratric reform so he goes out of his way to be even mroe oppressive towards the nonfundamentalist groups than towards the Islamic ones)
§@ for war and a militarizd Israeli state...
by Scary Saturday Aug 12th, 2006 5:55 PM 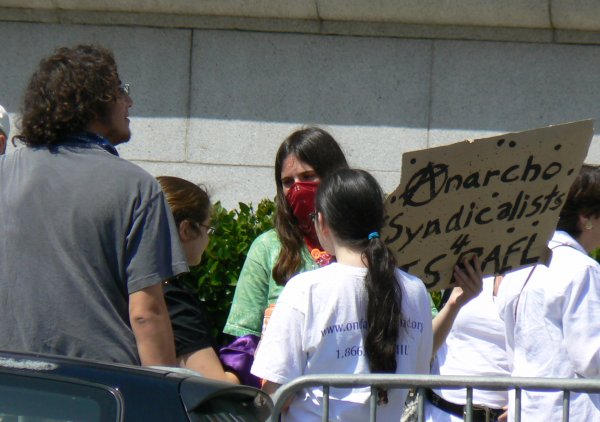 In Israel itself, most Anarchists are protesting AGAINST what their government is doing
§I guess some religious Jews are now working with the Christian Coalition...
by Scary Saturday Aug 12th, 2006 5:55 PM 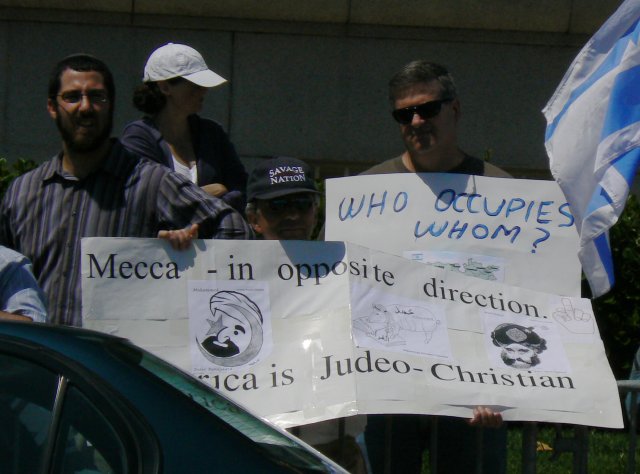 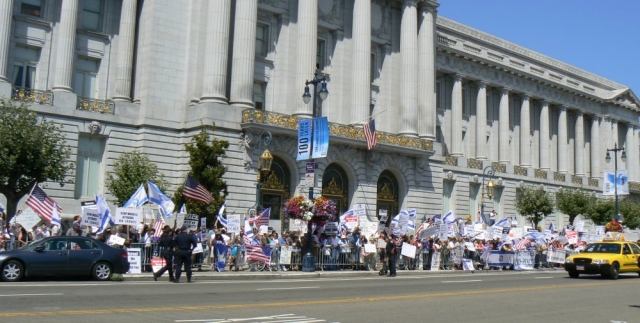 original image (1000x506)
Add Your Comments
LATEST COMMENTS ABOUT THIS ARTICLE
Listed below are the latest comments about this post.
These comments are submitted anonymously by website visitors.