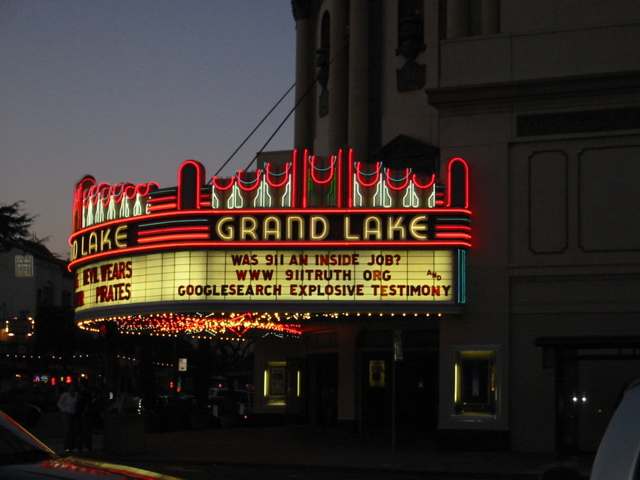 Oliver Stone’s films have deeply touched many people’s lives, including my own. His film, JFK, prompted me to research the CIA and catalyzed my activism. I wrote to Stone twice, when we were working on one of the first American 9/11 truth documentaries, and later when I heard that he was making a film about 9/11. I sent him materials, books, documentaries about 9/11, and encouraged him to tell William Rodriguez’s story. Rodriguez worked in the North Tower and rescued many people, miraculously he lived through the experience. He also heard explosions before the first plane crashed, and witnessed the injuries that those explosions caused. I thought that Rodriguez’s story deeply challenged the official narrative of 9/11, and could wake people up to the reality that “9/11 was an Inside Job,” perhaps the biggest “psychological operation” of all times.

Stone’s film, rather than casting light on the “defining event” of the century, retraumatizes the viewer, plunging them into an abyss of pain and suffering, into the dark and oblivious to the who, how, why, what, of the attacks. 9/11 has become the foundation stone used to terrify the American people and the world into supporting a “bogus war on terrorism,” the dismantling of the Bill of Rights, the Constitution, and has put the world back into the Dark Ages, pre-Magna Carta. The Administration asserts its power to kill, torture, assassinate anyone they label to be a “terrorist” and deem to be a threat to the “National Security State.”
Stone’s film centers on the narrative of two Port Authority police officers, trapped in the rubble, who are found by a Christian, who feels called by God to join the rescue efforts, and who signed up later for duty in Iraq to avenge his country.

The film is painful to watch. When Nicholas Cage and Oliver Stone attended a packed pre-release premiere held in San Francisco, a stunned audience failed to even clap at the end, until prodded by the studio sponsors; Cage and Stone disappeared and no one was able to question them. A free premiere in the East Bay drew a scant 80 people. At the Grand Lake Theater in Oakland, where I saw it, and was invited to table in the lobby, the audience was pitifully small, and the consensus was that despite all the hype, media coverage and rave reviews, the film would be a box office flop.

It was not without some redeeming qualities, after all two men survived a horrific ordeal; they lived because they had one another, and something to live for- wives, children who loved and needed them.

Perhaps Stone, himself, after being crucified by the press as a “conspiracy theorist” didn’t dare to go “there” (to challenge directly the official narrative) and left the hardest work-of digging the public out of the traumatizing black hole that was 9-11- to activists. The film is an opportunity for us to do direct outreach to theater goers who care about 9-11 and hope to increase their understanding of the days’ events, but have been left in the dark. The goal of most activists leafleting theaters is to cast some light and hope upon our collective situation, to educate the public about the basic facts about 9/11 which have been censored, omitted, distorted by the press and the cover-up commission.

There are some subtle allusions in the film to anomalies which don’t fit neatly into the official “myth” painted by the Kean-Zelikow Commission such as the collapse of Building #7, the 47 story structure, not hit by plane nor significant debris, that collapsed into its footprint late in the afternoon, and was omitted in the Commission Report, unexplained by the FEMA report. The fireballs, or molten metal that suddenly threatened the trapped policemen could perhaps best be explained by BYU Professor Steven Jones whose analyses of the dust, the rubble, video, and thermal evidence suggests that the incendiary thermite was used to melt the core columns and bring down the structures. Since half the population doesn’t even realize that building number 7 existed or collapsed, and fewer have ever encountered challenges to the official explanation for the unprecedented collapse of three steel framed skyscrapers, these small clues, that something was deeply amiss, are likely to be overlooked by the typical moviegoer.

William Rodriguez calls 9/11 “a magic trick,” an illusion. Max Cleland who resigned from the Commission said that the “American people were being scammed.” The hoax was used to sell war, and the guy in the film, who joined the marines, fell for it, hook, lone and sinker.

At some point in the movie the camera pulls back from Earth to a satellite in the sky, where images of the fireball and devastation are transmitted worldwide and in numerous languages. The director did not pull back and draw attention to the failure of the military to defend the country, or to Cheney issuing orders from his bunker, or allude to the multiple wargames that were being conducted, and were dismissed by the Commission Report in a minor footnote. There is no hint of money made from foreknowledge on put options, the multiple warnings from other countries, the financing of the operation, the hobnobbing of top US government officials with the head of Pakistan’s ISI, Lt General Mahmoud Ahmad before, during and after the attacks, who also ordered $100,000 wired to Mohammed Atta. The vast majority of questions raised by the victim’s families are unarticulated and unanswered in the film.

David Ray Griffin’s book- The 9/11 Report- Omissions and Distortions chronicles the flagrant holes, lies, and distortions in the official narrative and ultimately calls the Report a 571 page lie.

By narrowly focusing the film on a very few people’s drama, the film helps to conceal the most vital true information about 9/11 that does have the potential to transform the American people, the country, and to help them lift the American boot from the throat of the world.

Only by recognizing the truth about 9/11 and identifying the actual perpetrators, those who construed “a catastrophic and catalyzing event like a new Pearl Harbor” (The Project for a New American Century- which includes the Cheney cabal) to transform the American military to carry out their imperial agenda, will we be able to stop them. Napoleon believed that truth couldn’t be completely suppressed, but that it could be effectively delayed. Cheney adheres to the same philosophy; in fifty years, however, the truth will not matter. The truth matters now, if we want to impede the construction of a “Global Security State,” rein in our shadow government that is responsible for state-sponsored terrorism, and prevent them from terrorizing and killing more Americans and innocent civilians in other countries.

As in the film, pulling the American people out from under the rubble of propaganda, is no easy task, and it is a group effort, the 9/11 Truth Movement has grown over the years bringing together researchers, activists, artists, journalists, film-makers, musicians, professors, teachers, scientists, hackers, a wide range of people with varied talents and skills who have worked cooperatively to understand the truth, dismantle the lies, see through the deceptions, discover the evidence, communicate their understanding through a variety of mediums, and work together to expose the deceptions used to trick people into supporting wars, to provide the vision of a post 9/11 Truth world, where war becomes a thing of the past, and precious human and natural resources are redirected from killing and controlling people for the benefit of a few towards healing people and planet for the benefit of all.

Truth, peace, hope, and justice for a better world is a more powerful unifying force than the promise of endless war and allowing fear to dominate our lives.

We need as much courage as those who lived through the ordeal that was 9/11, the courage to live, to take responsibility of our own government, to demand accountability and to not permit it to flagrantly violate national, international and moral laws.

Dave Slesinger, http://www.911courage.org, proposed doing civil disobedience at suburban shopping malls, leafleting on forbidden corporate private space at the premiere of Oliver Stone’s film. Most people weren’t mentally, or physically prepared for arrest, but many of us agreed with the idea, and collectively worked on a website, leaflets, outreach, publicity. I was prepared to do civil disobedience, but in California the theater managers were so supportive of my work that I was given the green light to leaflet at the local theaters, and invited to table at the Grand Lake Theater where Allen Michaan posted on his marquee-

Local television channels 2 and 4 interviewed me, and others, for their nightly news broadcasts. They also were very receptive to our educational materials, and we gave them Deception Dollars, magazines, DVDs and spoke at length.

In Florida, Mia Hamel was arrested for civil disobedience which became the lead story on her local FOX news station. Dave Slesinger did civil disobedience, passing out leaflets in Maryland, but was not arrested. Many people in a number of states chose to leaflet legally, and some in stealth, inside darkened theaters.

The window of opportunity to leaflet the World Trade Center might not be open very long, if the film flops, but I’m sure there will be many other film leafleting opportunities down the road.

http://www.communitycurrency.org
Add Your Comments
LATEST COMMENTS ABOUT THIS ARTICLE
Listed below are the latest comments about this post.
These comments are submitted anonymously by website visitors.