by Mike Rhodes (MikeRhodes [at] Comcast.net)
The Republican Party has a new voter registration project in Fresno. It involves luring people to sign a LEGALIZE MARIJUANA petition and then re-registering them as Republicans. 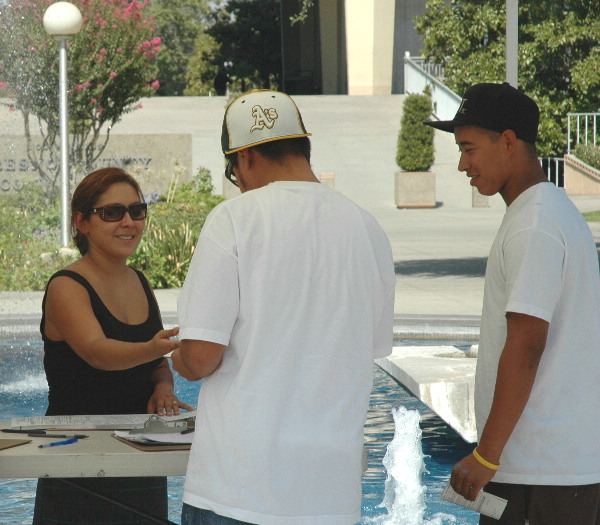 The attractive young woman says to me, "would you sign our petition to legalize marijuana?" I don’t have to think twice and say "sure, where do I sign?" That is when it got interesting. She says, "Do you have your ID with you?" "Well, yes I do, but what does that have to do with..." I say as she responds with "oh, we just have to verify your ID." Thinking that this has something to do with making sure they have valid names for a ballot initiative I comply.

As I’m filling out my name and address on the petition I notice that the young lady is filling out a very official looking form. Probably just the ballot initiative form, I think to myself. Then, she says "is it OK if I register you as a Republican?" "What?!?" I say "yes, I do mind! What are you doing?" She says that if I register Republican she will get an extra 10 cents. But, I complain, "I don’t want to re-register." She explains that this is just to update the records for the County Clerks office. I repeat that "I do not want or need to update my records." I am repeatedly told that it is OK and that they just want to update my voter registration records. She also tells me that she is working for the Republican party, being paid hourly, and that the ploy about the "10 cent bonus" was not accurate.

This Republican party employee goes on to tell me that she is there to attract people to the table that is set up in Fresno’s Courthouse Park, and that the legalize marijuana petition is just a prop. She confirmed that there is no ballot initiative to legalize marijuana. She said that the petition will be given to an elected official in Sacramento. I have my doubts about that.

At this point in the conversation, she called over her "boss" who was talking with someone a short distance away. I introduced myself as the editor of the Community Alliance newspaper and said I was interested in writing a story about the petition campaign and their registering people with the Republican party. I guess that wasn’t the right approach to get him to open up to me. The "boss" gave me no information. He even refused to give me a copy of the marijuana legalization petition I had just signed.

Later that day I called Victor Salazar, the Fresno County Clerk. Salazar said that the process sounded deceptive and that I might want to call the Secretary of State fraud investigation unit. I called the number for the fraud investigation unit repeatedly today. Apparently, nobody was in the office today and all I got was an answering machine. I will continue to call.

I also went back to Courthouse Park today to see the Republican Party project was again in full operation. They seemed to have different approaches to different groups. To white men that looked like they might be attorneys, they asked if they were registered to vote. When Latinos walked by they would throw out the legalize marijuana angle.

END_OF_DOCUMENT_TOKEN_TO_BE_REPLACED
§The Petition
by Mike Rhodes 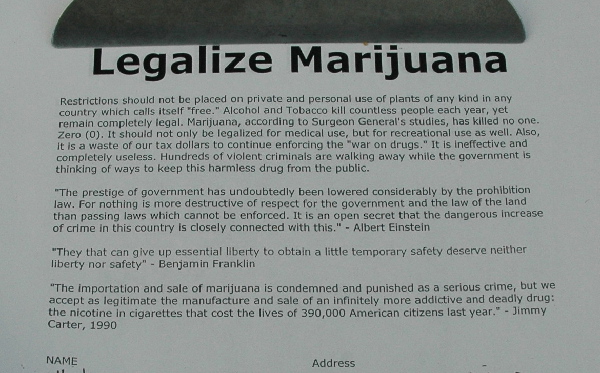 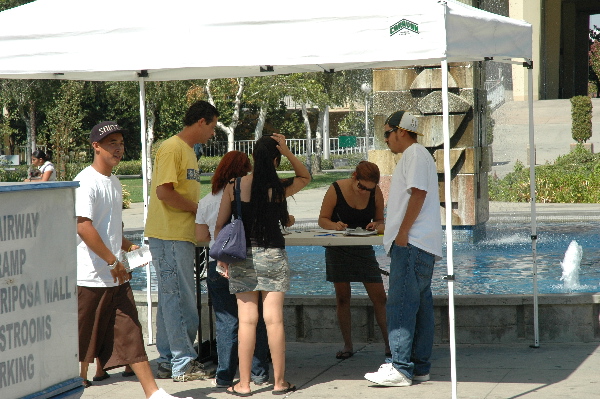 The Republican’s are increasing their party’s numbers in Fresno Courthouse Park by what some would say are deceptive practices. Photos by Mike Rhodes
Add Your Comments
Latest Comments
Listed below are the latest comments about this post.
These comments are submitted anonymously by website visitors.
TITLE
AUTHOR
DATE
activist
skye vehr
hell no
mikie
fdbsfsdfdsf
fdfdfdg
weed is good
me
Alex E
Alex
Whats more important
John Allison
weed is not a drug
thomas rich
Nothing wrong with it.
G2-Man
THC In Your Immune System
Cody Henderson
Legalizing Marijuana
Tia A
Support Independent Media
We are 100% volunteer and depend on your participation to sustain our efforts!