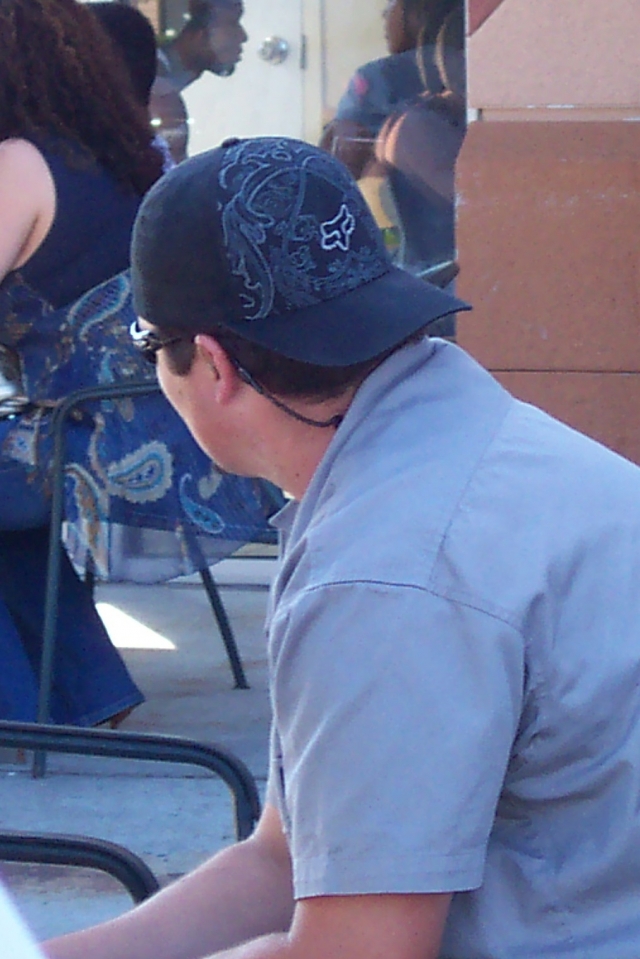 original image (1013x1518)
This officer was one of the first on the scene (corner of Mowry & Fremont) on Friday, nursing a Jamba Juice and sporting a relatively inconspicuous earpiece. He stayed put as people arrived and greeted each other, watching and listening for a full couple hours before the East Bay Coalition for Border Security even showed up. When the human rights defenders (60+) crossed the street to confront the vigilantes (4 -ish), he followed, hanging around the gas station keeping in close touch with his handlers for another hour.

He didn't engage with either group until I tried to get a shot of him lifting up his Tshirt slightly and talking into it (really). At this provocation he threatened to "arrest [me] for jaywalking" and said that I'd go to jail if I didn't start walking. When I stopped at a bus stop to make sure the last group of human rights defenders had left (several had engaged with a vigilante), he tried to pursure me. I quickly rejoined the larger group...

...only to find that they had converged on a car, pulled over by a swarm of cops after leaving the protest sight. All five youth of color where out of the car, but were allowed to leave after several tense minutes of "Let them go!" chants.

We must learn from these experiences and refuse to live in fear while making strategic preparations to better deal with these repressive tactics. 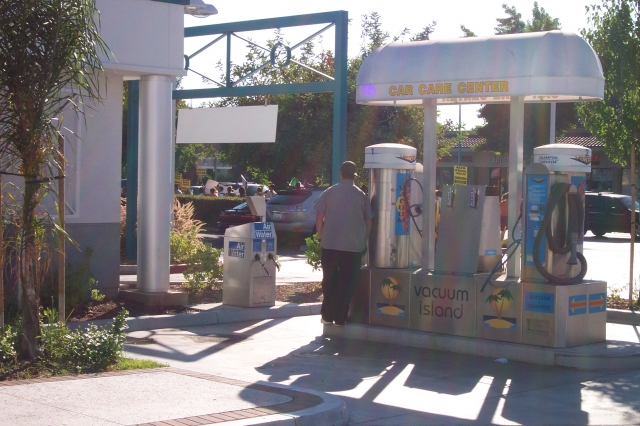 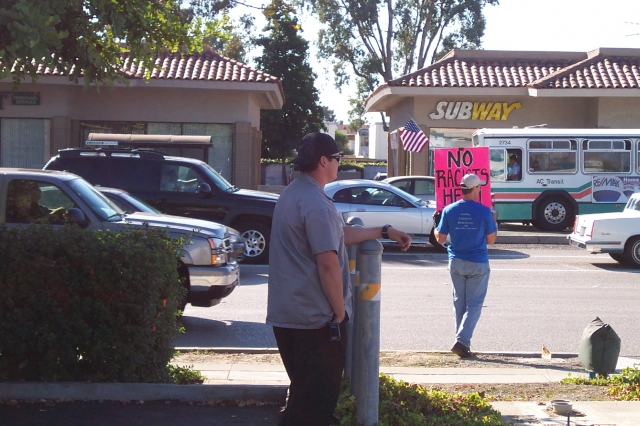 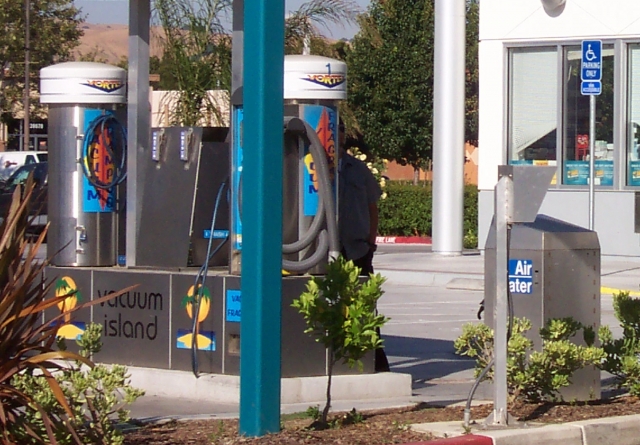 original image (1520x1057)
Add Your Comments
LATEST COMMENTS ABOUT THIS ARTICLE
Listed below are the latest comments about this post.
These comments are submitted anonymously by website visitors.