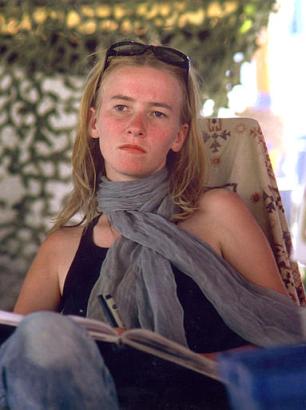 Alternatives to Israel’s Occupation: Justice For Palestine
By Kamal Abu-Shamsieh

The Islamic Cultural Center of Fresno, in coordination with The Rachel Corrie Foundation for Peace and Justice, is sponsoring a community awareness campaign that aims at reflecting the opinions of America’s silent majority on issues related to the Palestinian Israeli conflict.

Rachel Corrie, a college student from Olympia, Washington was a volunteer with the International Solidarity Movement, ISM and was killed in the Gaza Strip in Palestine on March 16, 2003, trying to prevent the demolition of the home of a Palestinian pharmacist, his wife, and three young children.

The brutal killing of Rachel represented a new phase of Israel’s war crimes. Israel blocked the entry of many activists arriving into Israel’s Tel Aviv Airport and denied them entry. In other instances, activists were detained and deported, while others were forbidden from entering the Occupied Territories. Two fellow ISM volunteers were targeted after the intentional killing of Rachel in Gaza Strip. Bryan Avery was severely injured in the face and Thomas Randal of Britain was mortally wounded in the head, an injury that sent him into a coma and later died.

The killing of Rachel had a chilling impact on both Palestinians resisting the apartheid policies of Israel and solidarity activists from around the Globe taking direct action in their aim to stop the daily violations of Palestinian human rights across the Occupied West Bank and Gaza Strip.

In the United States, Rachel’s parents Craig and Cindy Corrie began a nationwide community awareness campaign to tell the story of their youngest daughter. The family established The Rachel Corrie Foundation for Peace and Justice to continue the work that Rachel Corrie began and hoped to accomplish, and carries out that work with her vision, spirit, and creative energy in mind. The Foundation conducts and supports programs that foster connections between people, that build understanding, respect, and appreciation for differences, and that promote cooperation within and between local and global communities. The foundation encourages and supports grassroots efforts in pursuit of human rights and social, economic, and environmental justice, which we view as pre-requisites for world peace. In addition, Cindy and Craig Corrie focused their efforts on speaking about Congressional lobbying for a just peace in Palestine and Israel and efforts in the US Congress to secure an independent investigation into Rachel’s killing.

From August 18 through September 1, the Islamic Cultural Center of Fresno and a coalition of community organizations, educational institutions and peace activists are organizing a series of awareness symposiums to shed light on the ongoing collective punishment policies of Israel in its apartheid like occupation of Palestine. The awareness campaign consists of a provocative exhibit THE U.S. SENATE READS AN EMAIL BY THE LATE RACHEL CORRIE TO HER PARENTS. Inspired by Rachel’s story, Peter Schumann, founder and director of the internationally celebrated Bread and Puppet Theater, created this large, mixed-media art installation. Six primitive life-size figures painted with excerpts of Rachel’s e-mails describing the misery of occupation are juxtaposed with dozens of smaller portraits suggesting ignorant and complicit members of the U.S. Senate. Schumann is renowned for his use of simple, affordable, or free materials to elucidate social and political themes. The exhibit’s images are all on recycled corrugated cardboard, many painted with latex paint.

Schumann’s own daughter had traveled to the West Bank to do human rights work. “But unlike Rachel she returned unharmed. So obviously Rachel Corrie’s tragedy carried a very special weight for me,” he said.

The Exhibit will be displayed at various locations in the greater Fresno area, at the following institutions;

Fresno City College
A display of the Rachel Corrie Exhibit starting on Monday, August 29 through Thursday, August 31 at the Student Lounge, South Side of Cafeteria

A special presentation by Cindy and Craig Corrie on Wednesday, August 30 at 12 noon at the Student Lounge, South Side of Cafeteria

Arte Americas
A display of the Rachel Corrie Exhibit starting on Monday, August 21 through Friday, August 26

A special presentation on Thursday, August 25 at 7:00 PM
Eyewitness Report from Palestine featuring Don Friesen of the Christian Peacemaking Team has just left to Palestine and will be providing an update upon his return

While in Fresno, Cindy and Craig Corrie will be taping a special TV segment at KNXT, Channel 49 as part of the Catholic Diocese program, Forum for a Better Understanding. Also, on Wednesday, August 30th, the Corrie will appear live on KFCF, 88.1 FM as guests of the radio program, Stir It Up, a program of Peace Fresno.

For more information about the exhibit and the awareness campaign, contact Kamal Abu-Shamsieh, director of Islamic Cultural Center of Fresno at (559) 297-9535, email director [at] icfresno.org or visit http://www.icfresno.org. 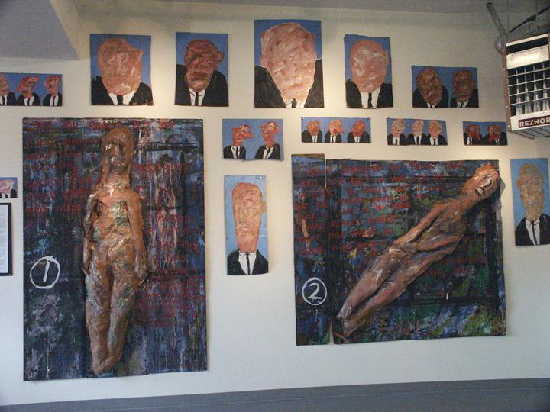