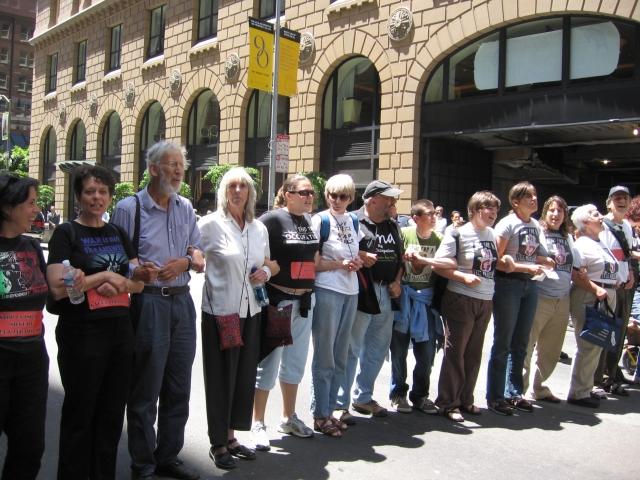 original image (2272x1704)
After the short but rousing program, an intergenerational group of 17 Jewish activists took to the street, completely blocking Montgomery Street for over an hour before being arrested (all were given infraction citations and released). The large crowd stayed on in front of the Israeli consulate the whole time, continuing the demonstration and supporting the people engaged in civil disobedience.
§In the street!
by sadie sabot Monday Jul 17th, 2006 11:11 PM 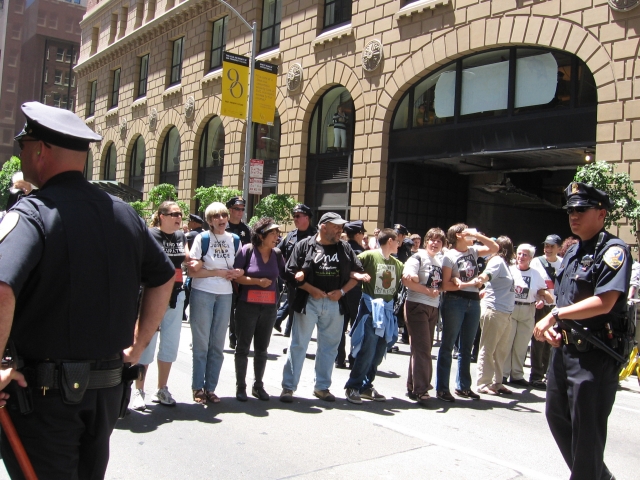 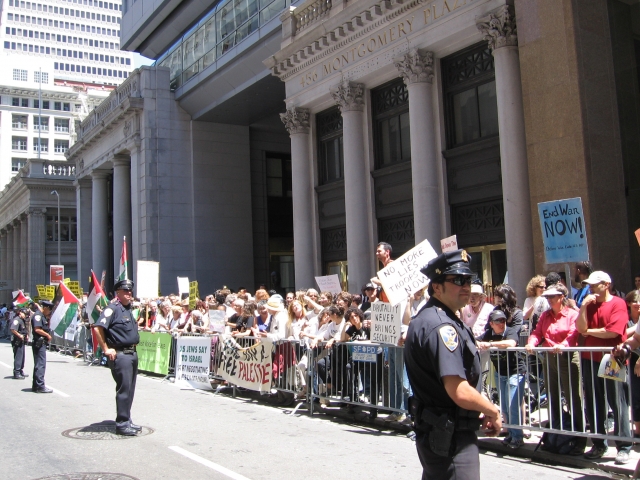 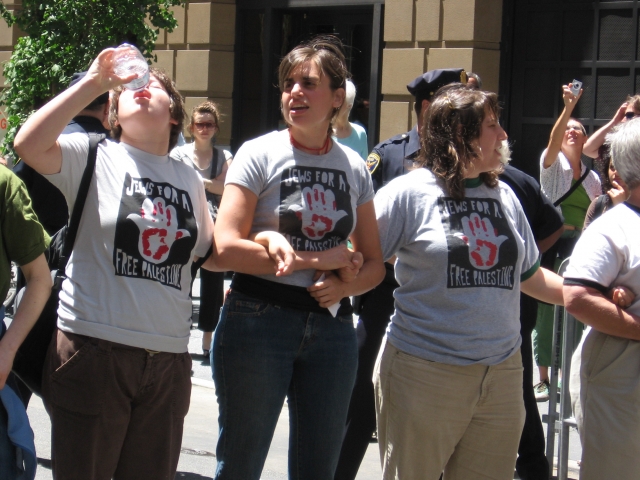 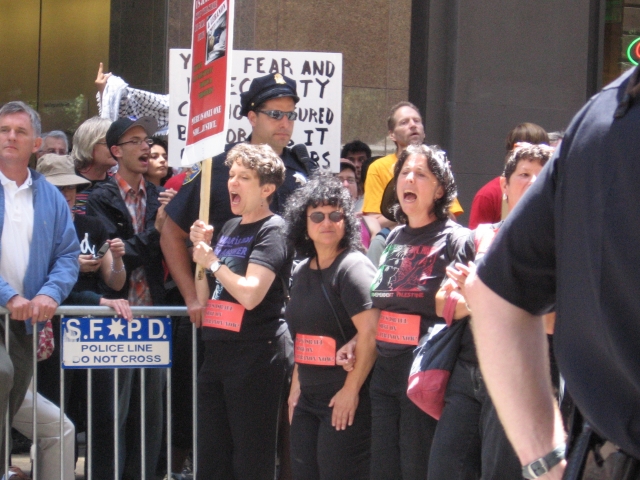 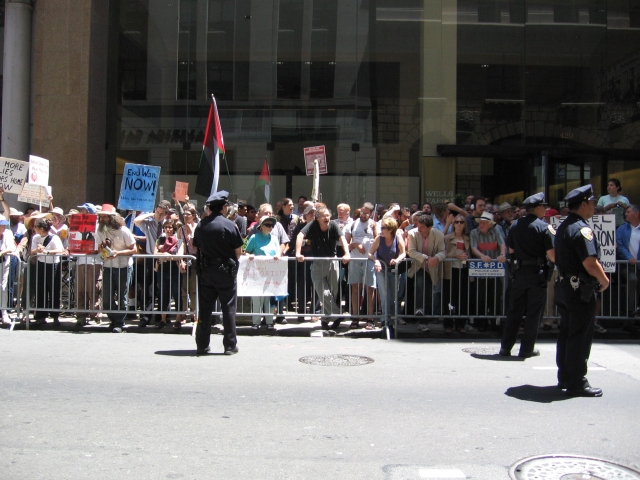 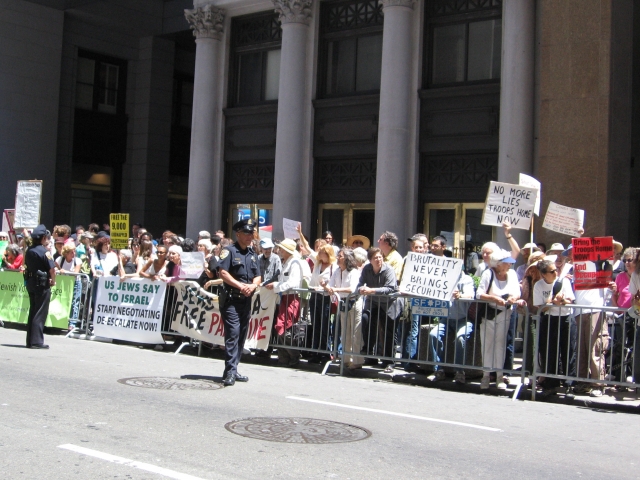 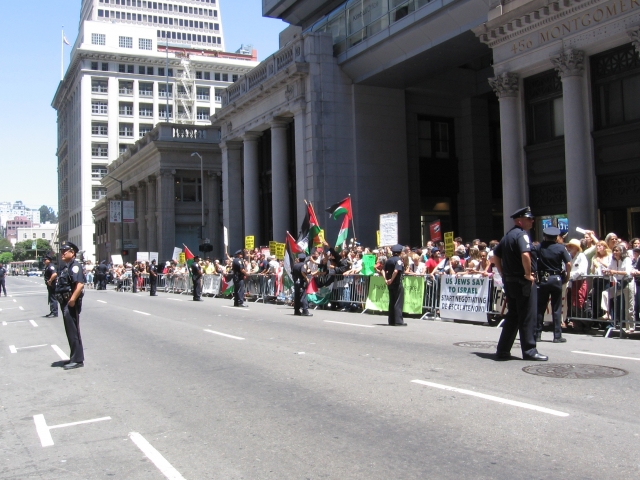 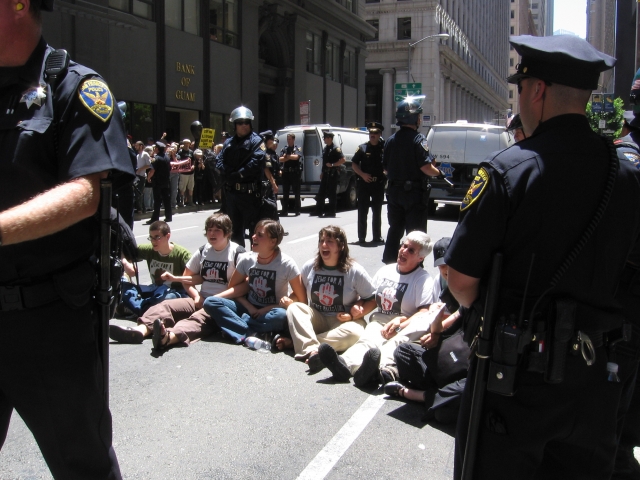 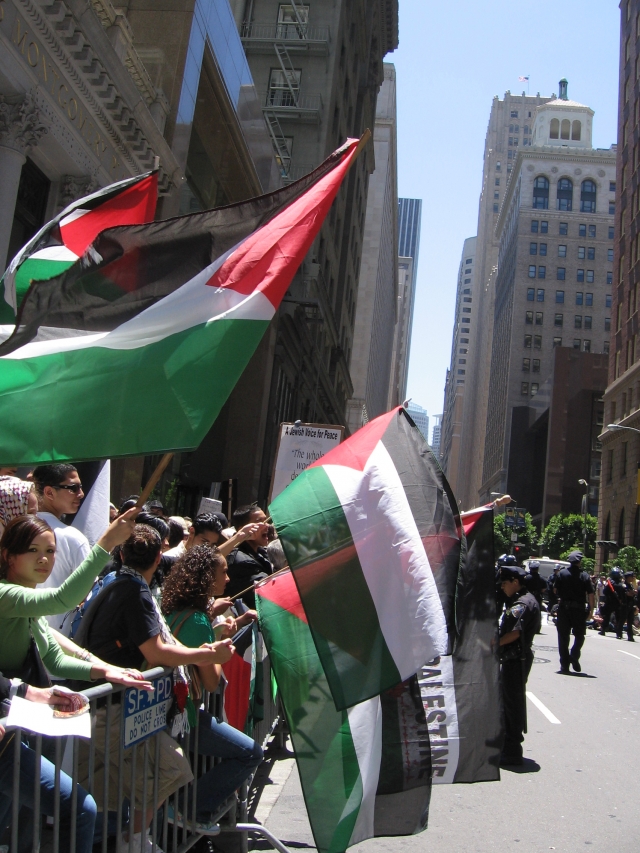 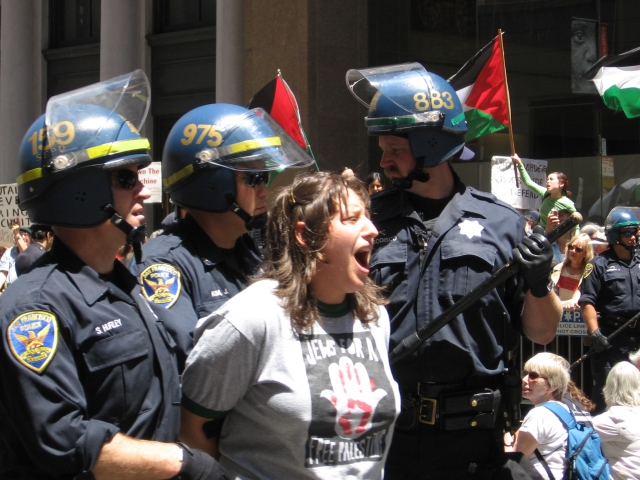 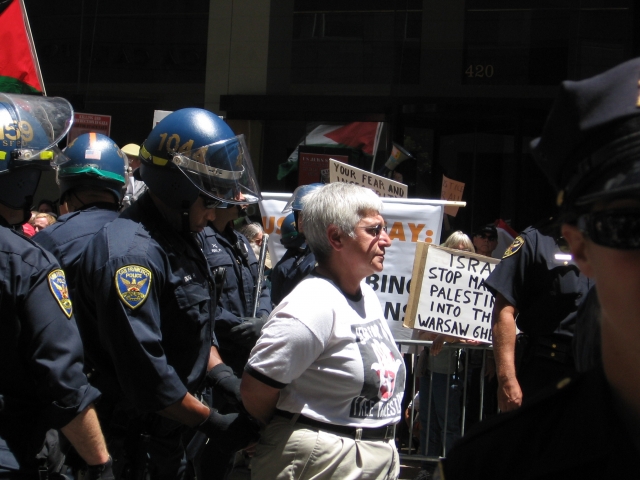 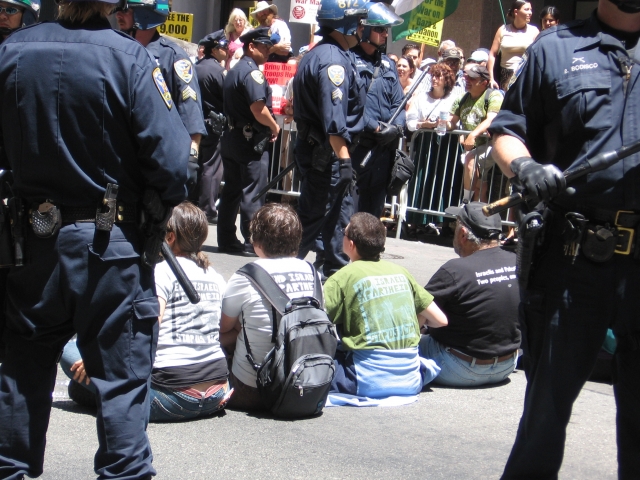 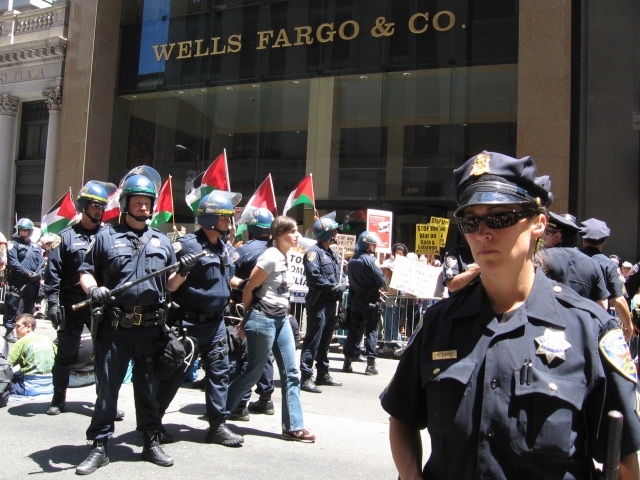 original image (2272x1704)
an activist with the ISM http://www.palsolidarity.org/ attempted to join the street blockade and was carried away by the police.
§arrestee
by sadie sabot Monday Jul 17th, 2006 11:11 PM 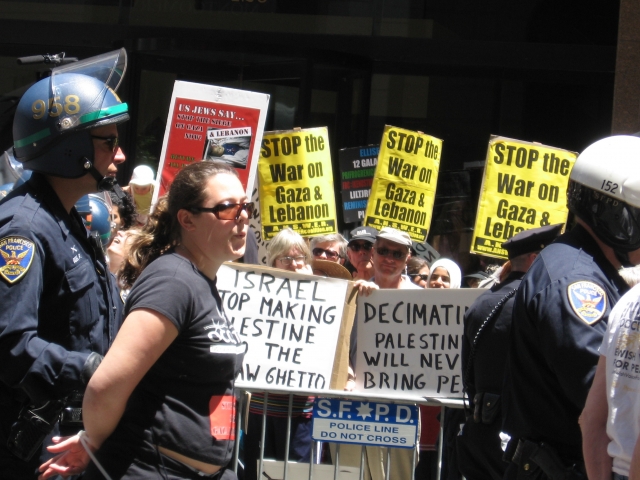 original image (2272x1704)
an energetic group of Palestinian youth kept it going after the rally ended, rallying at Market and Montgomery before marching down Market Street.
Add Your Comments

Stop the War! End the Israeli Occupation of Palestinian Territories!
Negotiations, not bloodshed!
Peace is not possible without justice!

This saturday, June 22, Women in Black (Vienna) organise a vigil in the middle of the city Vienna (Graben, near Kaerntner Street) starting at 2 pm
Add a Comment
Support Independent Media
We are 100% volunteer and depend on your participation to sustain our efforts!