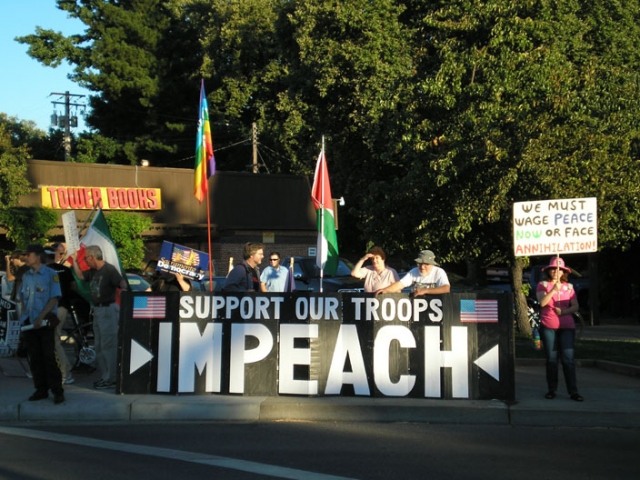 original image (704x528)
A fairly large number of local peace activists gathered at 16th & Broadway on Saturday evening, July 15 to protest Israel's military offensive against civilian targets in Lebanon and Gaza, as well as the ongoing US occupations of Iraq and Afghanistan and the Bush administration. The event was sponsored by Stephen & Virginia Pearcy, Sacramento Coalition to End the War, National Council of Arab Americans (NCA)-Sacramento, Not in Our Name/Sacramento, Sacramento World Can’t Wait, Sacramento for Democracy, Veterans for Peace/Sac Chapter, Code Pink/Davis Chapter, CSUS Faculty for Peace & Justice, Chicano Consortium, and many others.
§Stop Ethnic Cleansing
by Don Tosaw Sunday Jul 16th, 2006 2:22 PM 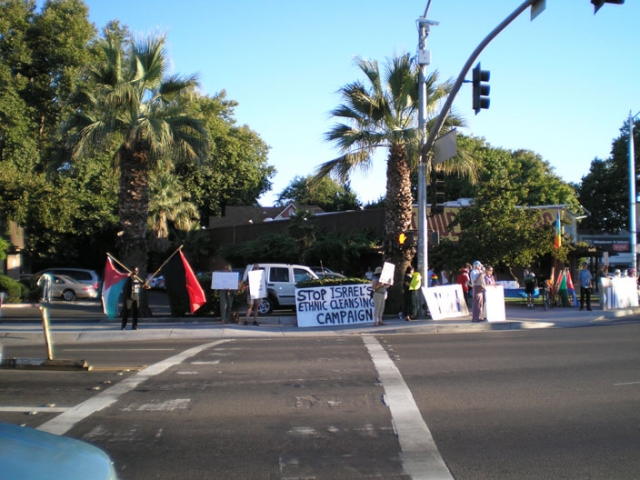 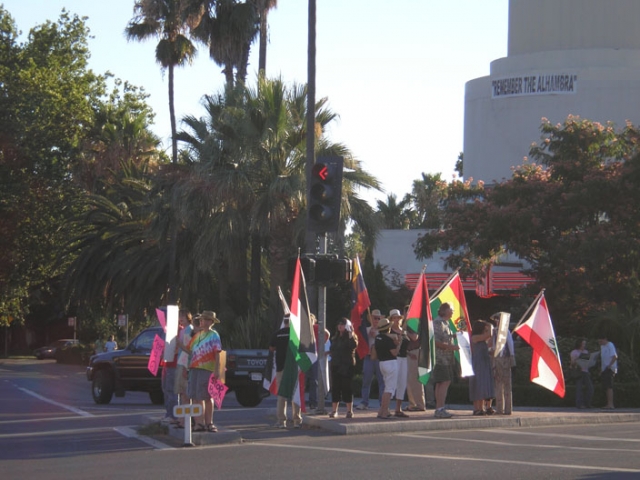 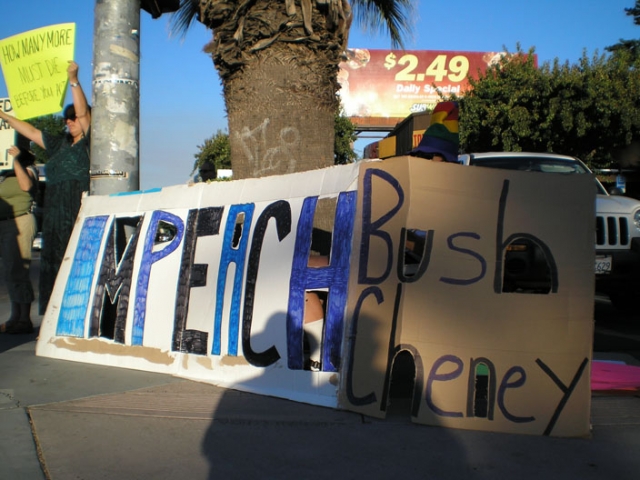 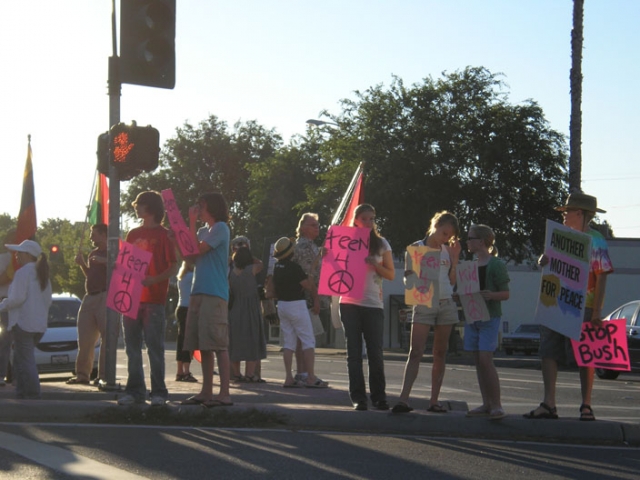 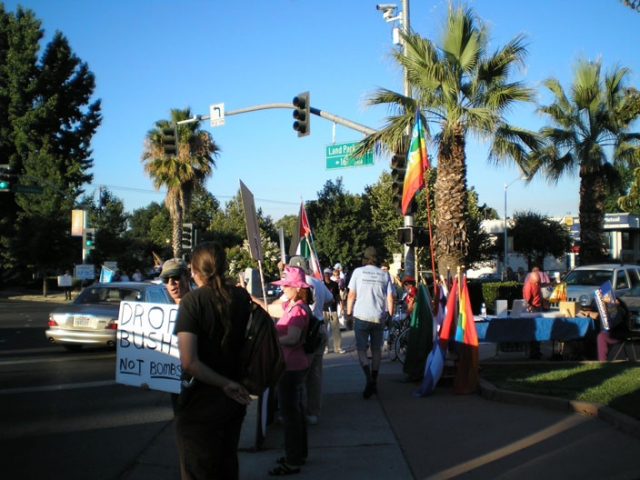 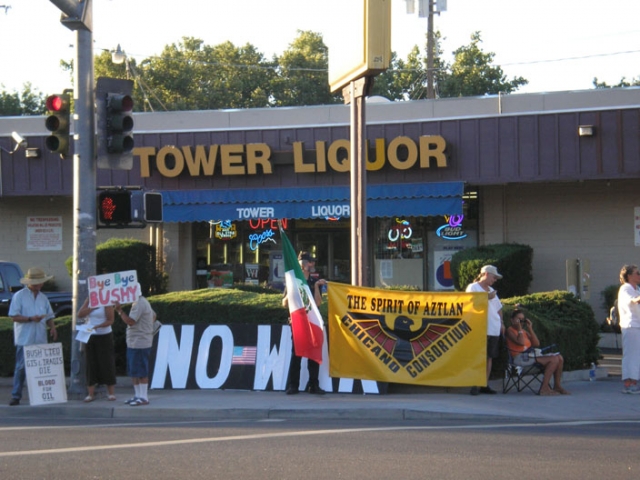 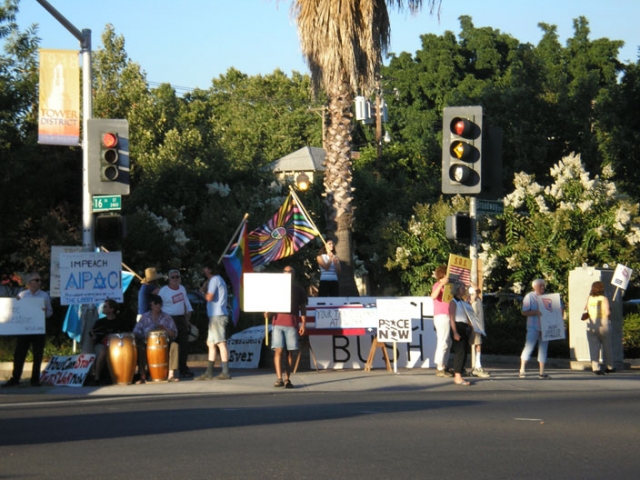 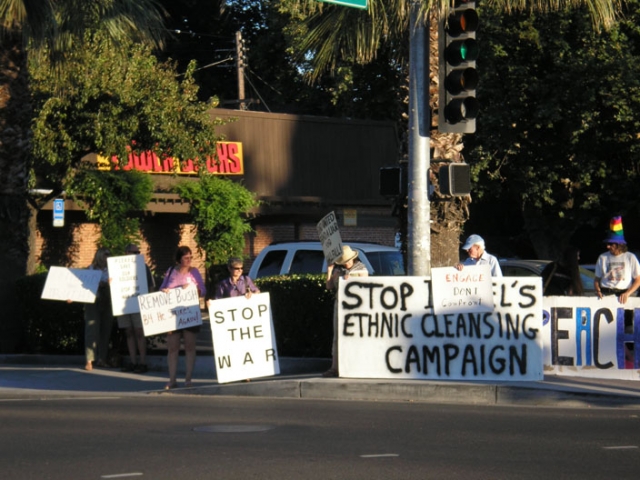 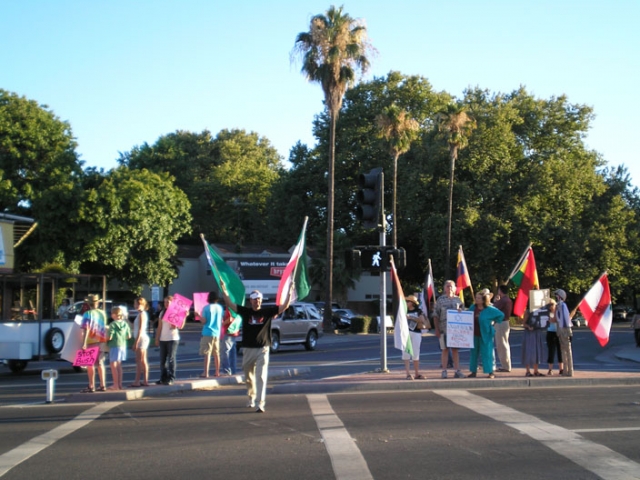 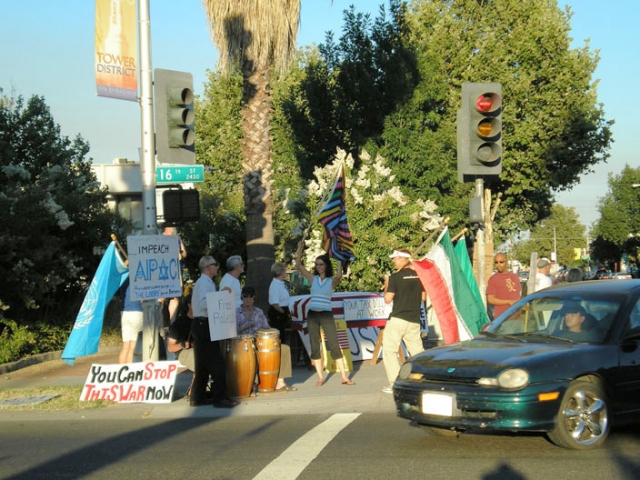 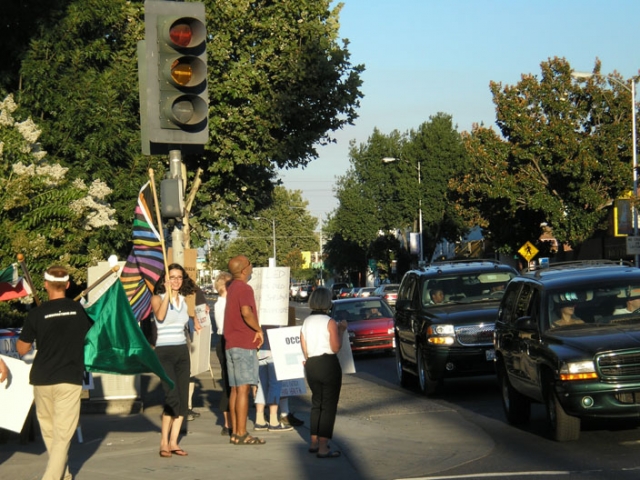 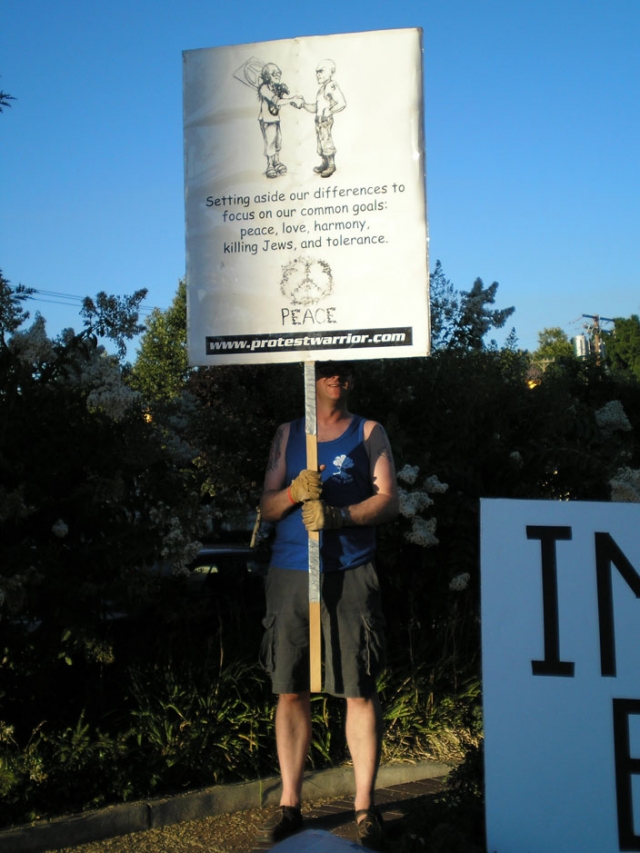 original image (704x939)
The sign held by this war supporter is an excellent example of the right wing’s over-simplification of issues and vilification of members of the Peace Movement. According to this sign, you either support Israel unconditionally, regardless of how many innocent people they kill, or you’re an anti-Semitic Jew killer. This is the kind of thinking that has brought about the situation we now face.
§IMPEACH BUSH
by Don Tosaw Sunday Jul 16th, 2006 2:22 PM 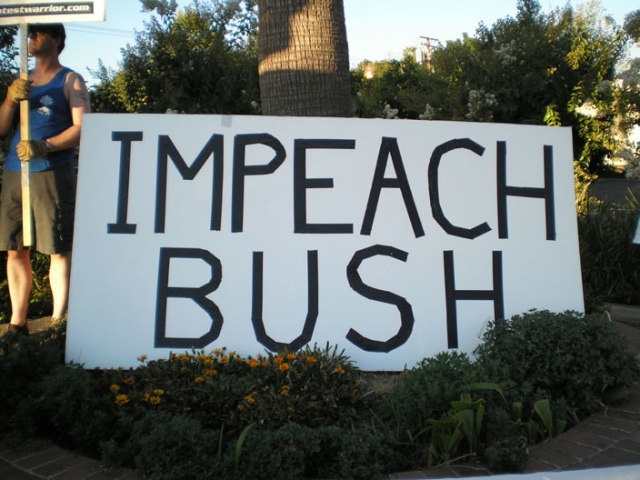 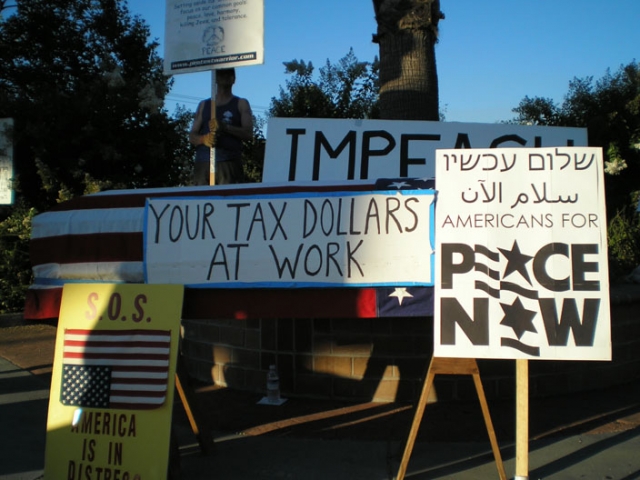 original image (704x528)
Displaying the Flag upside down is an official signal of our country being in a state of distress.
§Impeach AIPAC
by Don Tosaw Sunday Jul 16th, 2006 2:22 PM 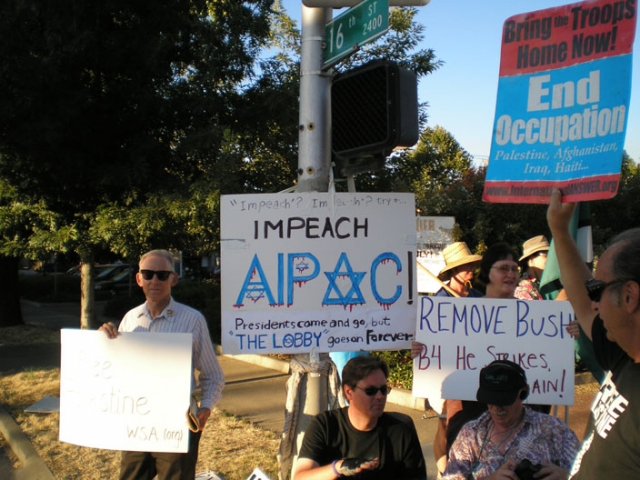 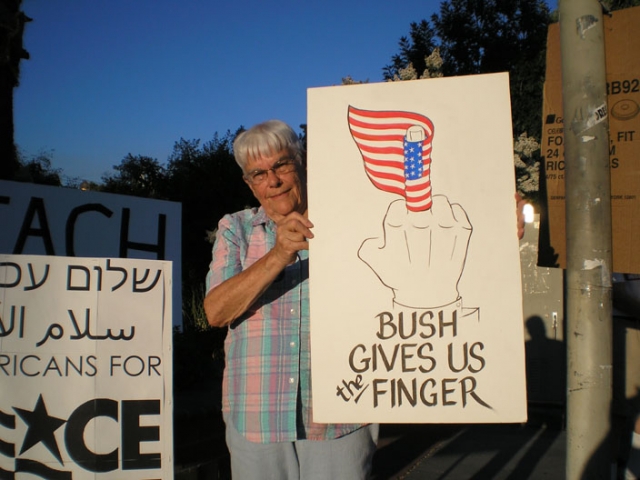 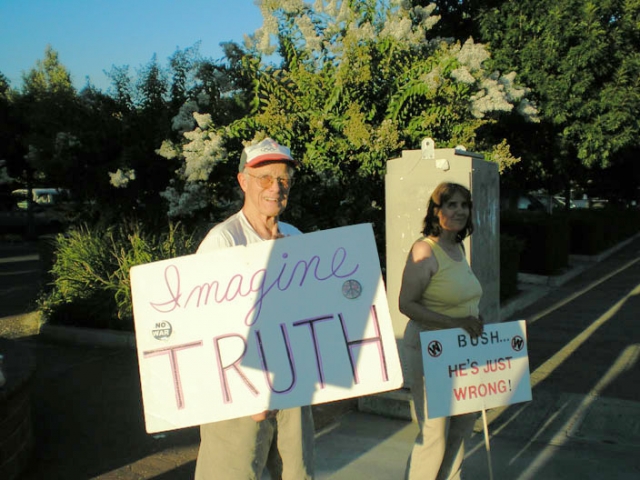 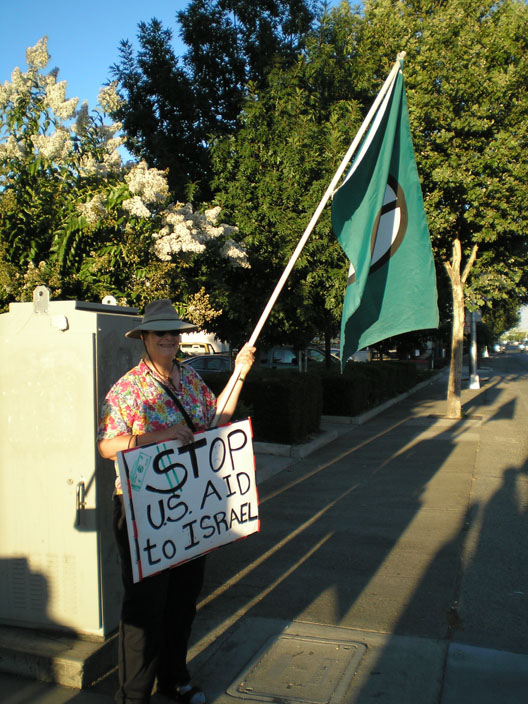 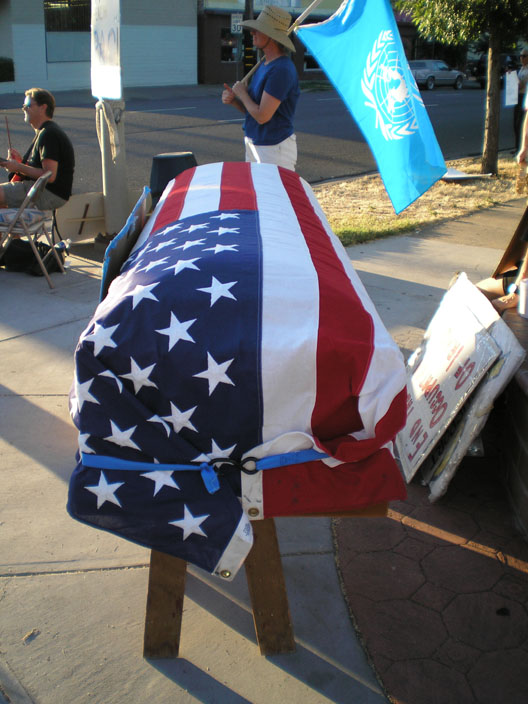 There have been over 2,500 of these from Iraq alone.
Add Your Comments
LATEST COMMENTS ABOUT THIS ARTICLE
Listed below are the latest comments about this post.
These comments are submitted anonymously by website visitors.