Add an Event
Newswire
Calendar
Features
Home
Donate
From the Open-Publishing Calendar
From the Open-Publishing Newswire
Indybay Feature
Publish to Newswire
Add an Event
Related Categories: Palestine | San Francisco
Large Protest Against the Israeli Assault On Gaza and Lebanon
by Bill Hackwell (hckwll [at] yahoo.com)
Thursday Jul 13th, 2006 11:01 PM
Hundreds protest in front of the Israeli consulate in San Francisco in opposition to the Israeli assault against Lebanon. This destructive and illegal expansion could not have happened without the military, financial and political backing of Washington. The Israeli government justifies its action as an attempt to free two Israeli soldiers while it continues to hold 9,000 Palestinian political prisoners. 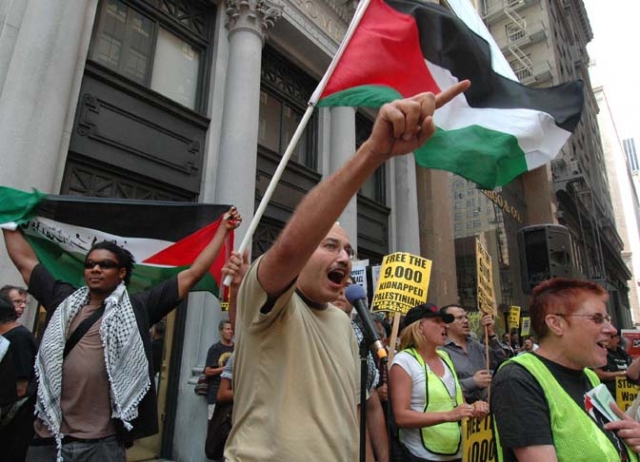 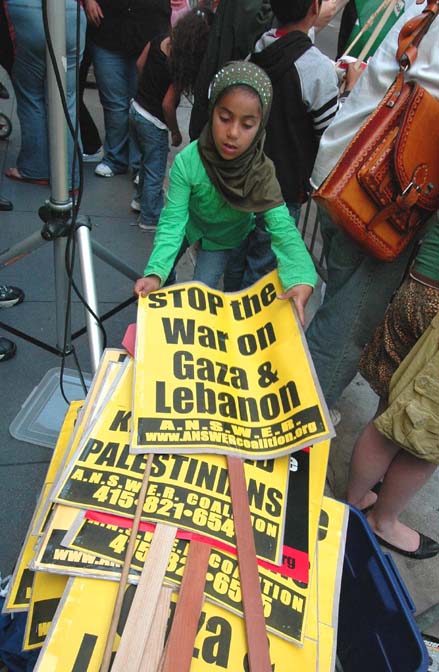 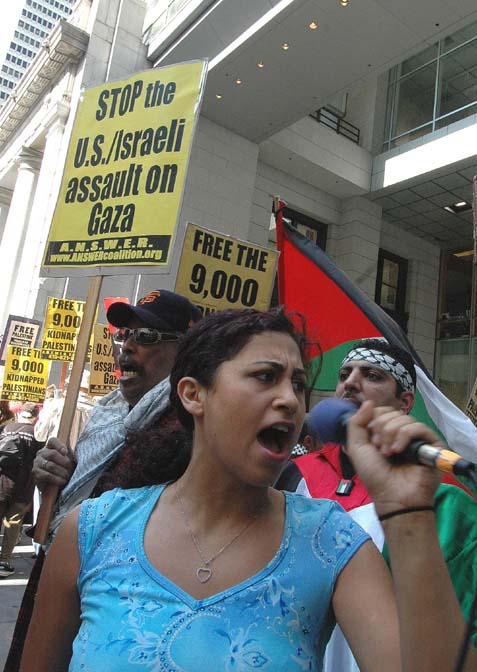 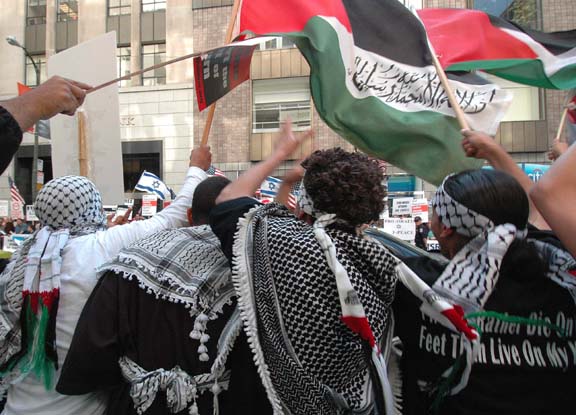 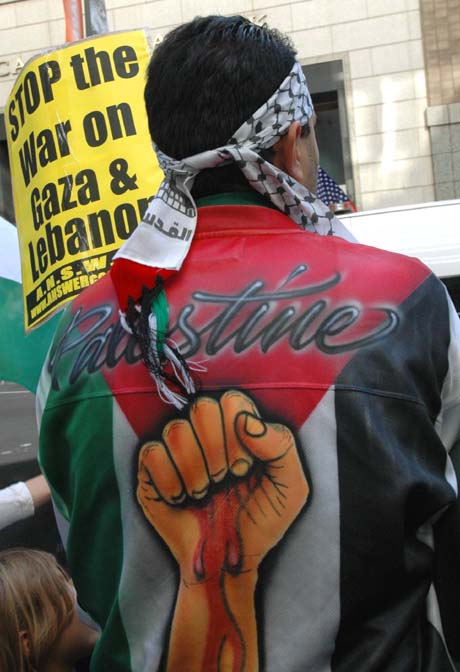 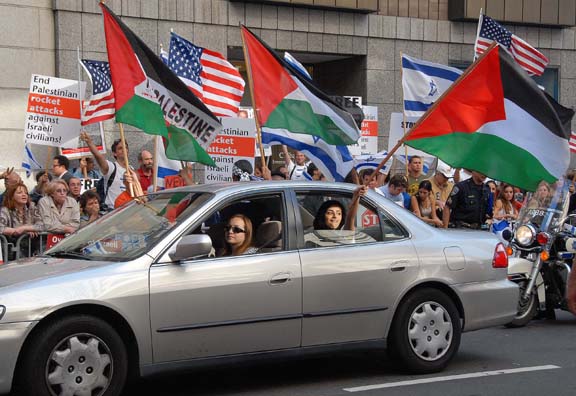 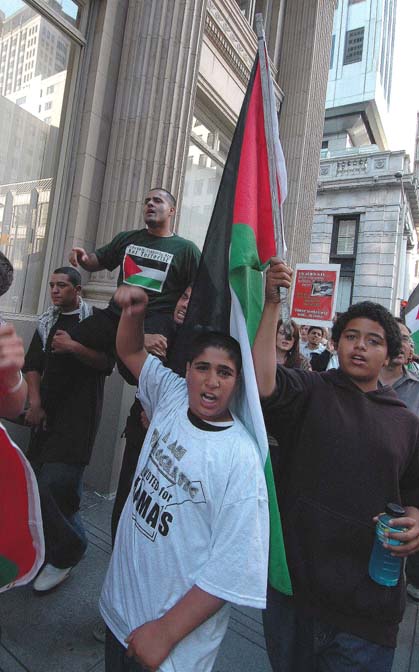 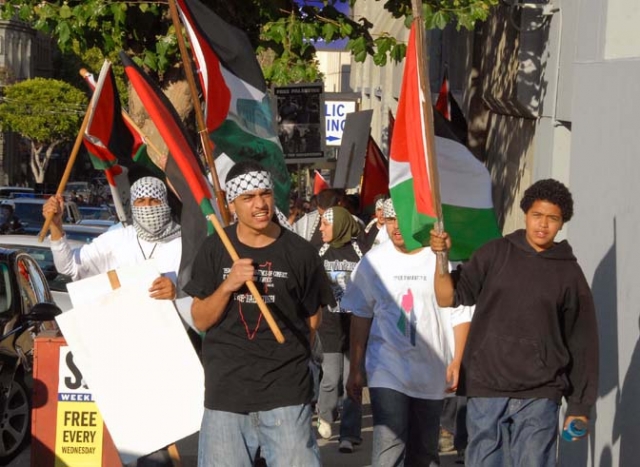 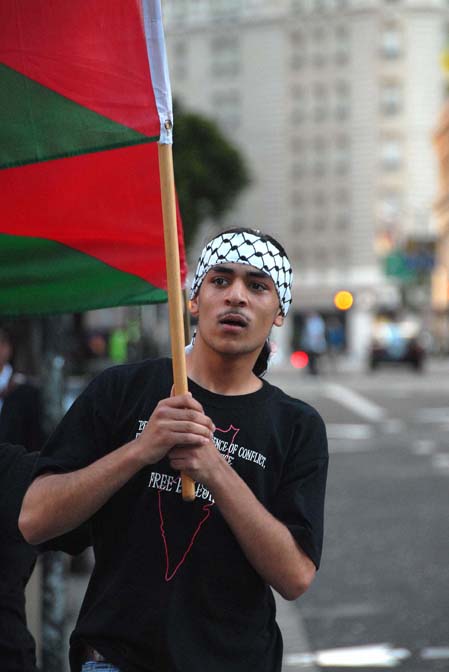 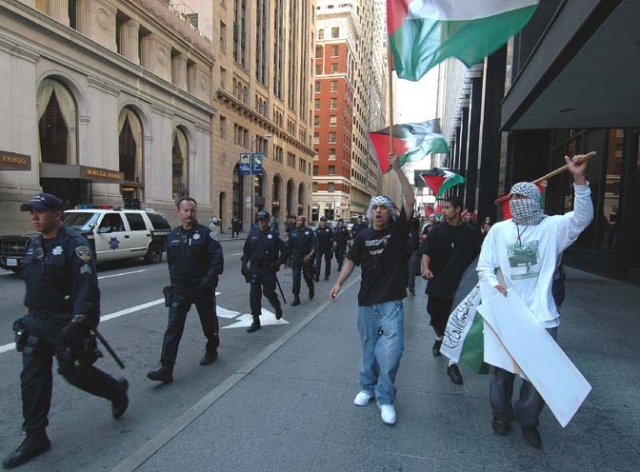 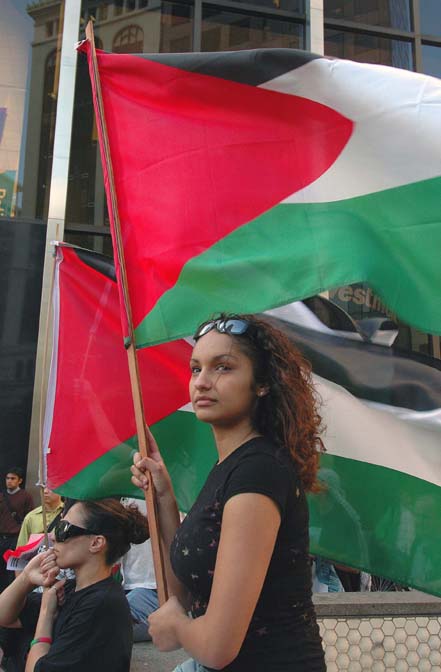