Add an Event
Newswire
Calendar
Features
Home
Donate
From the Open-Publishing Calendar
From the Open-Publishing Newswire
Indybay Feature
Publish to Newswire
Add an Event
Related Categories: Palestine | San Francisco
Stop the Seige of Gaza
by Sadie Sabot
Thursday Jul 13th, 2006 7:47 PM
Hundreds gathered in front of the Israeli Consulate to demnand an end to the siege of Gaza and Lebanon 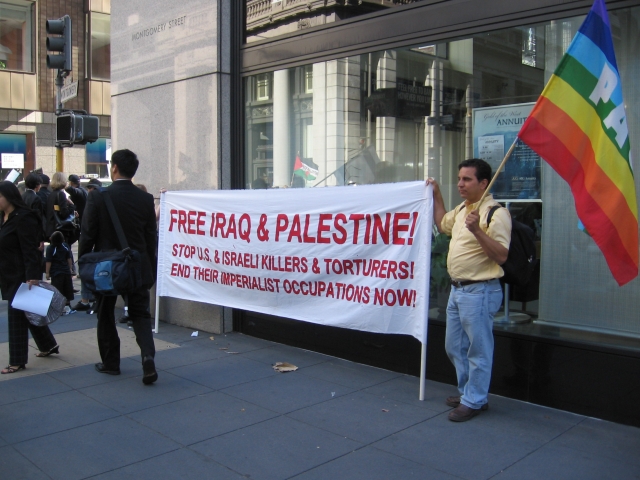 original image (2272x1704)
Several hundred people gathered today in front of the Israeli consulate in San Francisco to demand an end to the siege of Gaza and the new attacks on Lebanon.

On early Wednesday morning, July 12, a U.S.-made Israeli F-16 dropped two-quarter ton bombs on the home of Dr. Nabeel Abu-Selmeya, killing him, his wife, and seven of their children, ages 7-19, while they slept.

The attack on the Abu-Selmeya home is nothing new. Israel has a long-standing policy of attacking civilians both in Gaza and the Middle East. Since the start of Israel’s “Operation Summer Rain,” the Israeli occupation army has wantonly destroyed hundreds of acres of Palestinian farmland and demolished hundreds of Palestinian homes. In the three months preceding this latest Israeli operation, the Israeli army indiscriminately fired over 6,000 shells at the Gaza Strip from land, sea and air, resulting in the deaths of several dozens of civilians and ending a unilateral Palestinian cease-fire.

Meanwhile in Lebanon, Israeli leaders have vowed to continue attacking Lebanese civilian targets in response to an attack on the Israeli military. Several bridges and a power plant have already been destroyed. Innocent civilian deaths will follow if Israel is allowed to act without impunity.

Lebanese-American activist Rayan Elamine said, “Lebanese are bracing themselves for an all-out assault by the invading Israeli army. At least two civilians have been killed already, and the death toll is sure to rise given Israel’s propensity for targeting civilians.”

The US government, Israel’s closest ally and supplier of military equipment, is complicit in these war crimes if it does not act to stop Israeli aggression.” 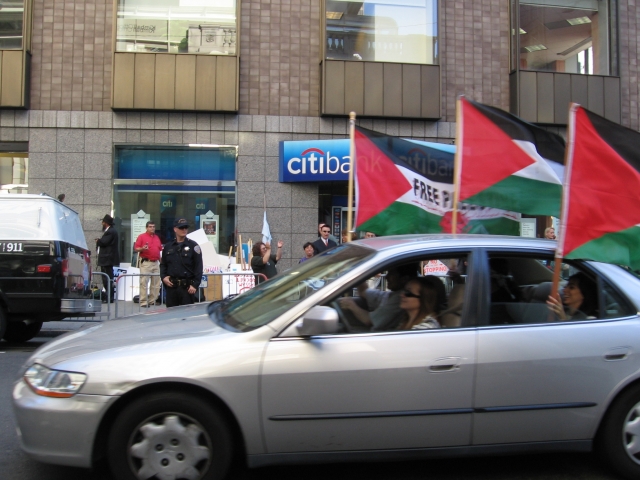 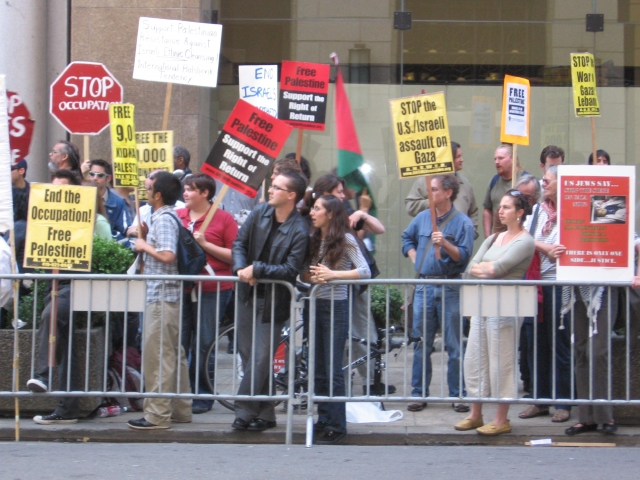 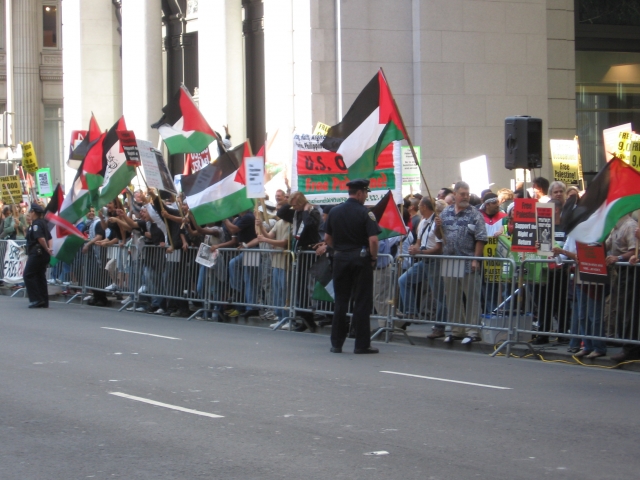 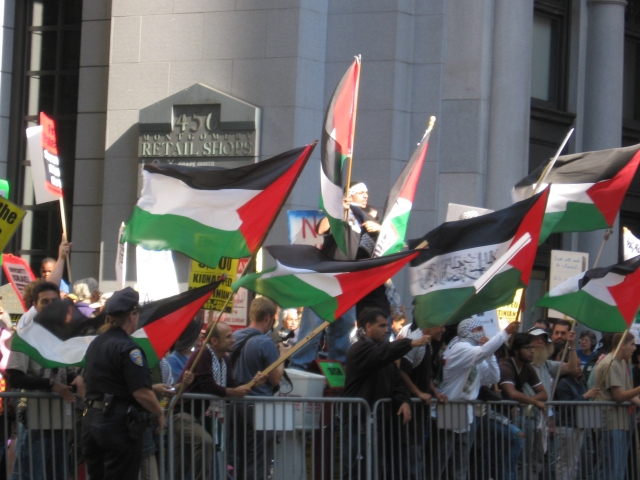 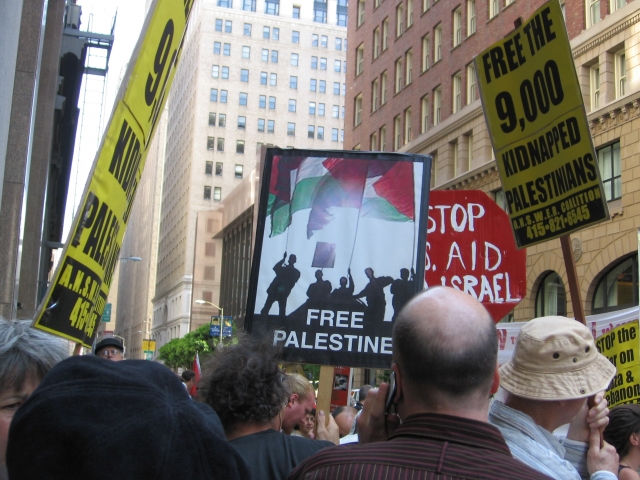 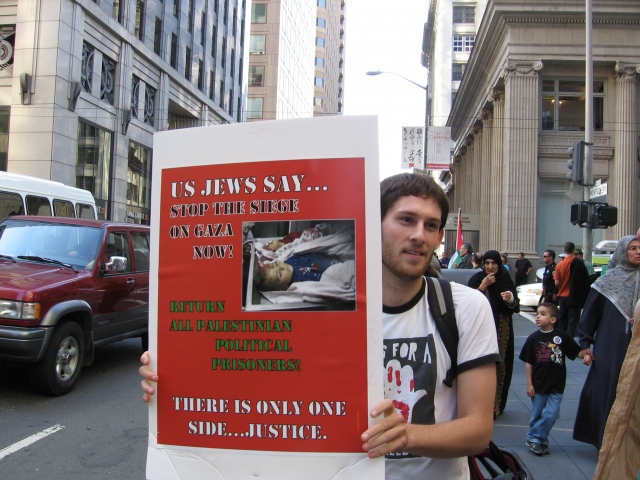 original image (2272x1704)
this sign says: "US Jews Say...Stop the Siege on Gaza Now; Return all Palestinian Political Prisoners; There is only one side...Justice."
§Jews For A Free Palestine
by Sadie Sabot Thursday Jul 13th, 2006 7:47 PM 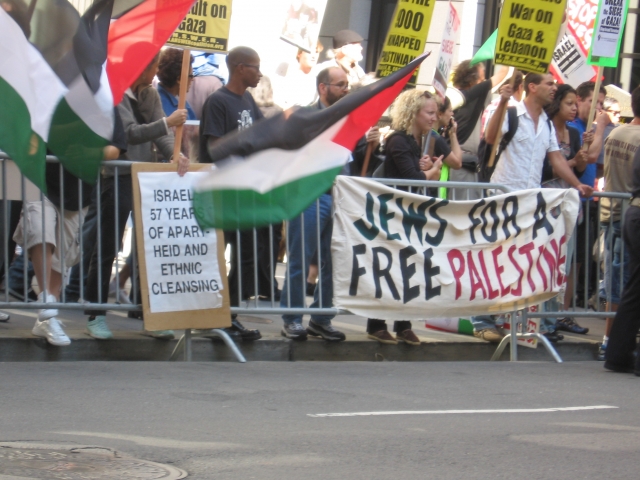 A CALL BY BAY AREA JEWS: Break the Siege on Gaza

BEFORE OUR EYES, the people of Gaza are being brutally and collectively punished by Israel. Israel is using a single captured Israeli soldier as a pawn to employ its enormous military might and terrorize an entire people.

The humanitarian situation in Gaza, already dire from 39 years of occupation, and a recent Israeli blockade of basic supplies, is now desperate. Israel's bombing of power stations and bridges and cutting off fuel supplies in Gaza deprives people of electricity, refrigeration, pumped drinking water, and sewage disposal. The relentless and deadly attacks by the Israeli military are compounded by the threat of epidemics and starvation.

Presenting this as an isolated hostage-taking incident ignores Israel's regular abduction of Palestinians from their homes. Israel holds over 9,000 Palestinians in prison, including almost 400 children. Thousands of these prisoners are held in "administrative detention" without charges or trial. They too need to be returned to their families.

As Jews, we cannot and will not remain observers of crimes committed in our name. We call on other Jews and all people who believe in justice and peace to take a principled stand against this brutality.

Here's what you can do…

WRITE TO YOUR REPRESENTATIVES to demand that the US government stop funding Israel's war crimes and act to achieve an immediate ceasefire.

MAKE YOUR VOICES HEARD! JOIN WITH US TO PROTEST THE SIEGE OF GAZA--

Organized by: Break the Silence, Jewish Voice for Peace, Jews for a Free Palestine 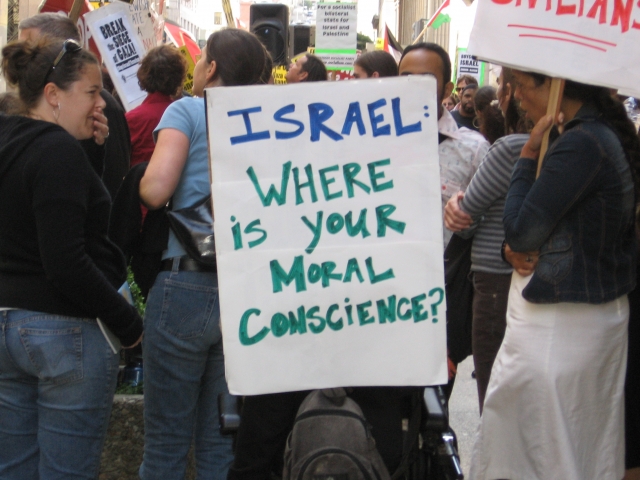 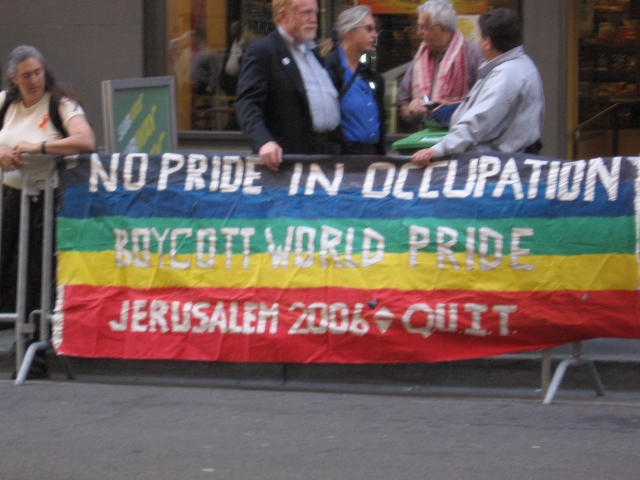 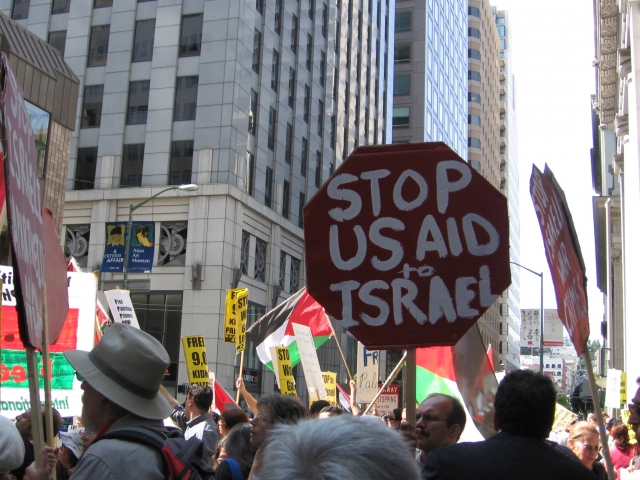 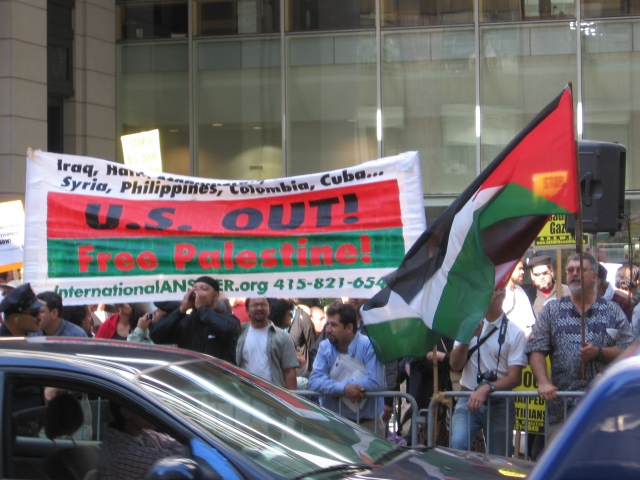 original image (2272x1704)
Add Your Comments
LATEST COMMENTS ABOUT THIS ARTICLE
Listed below are the latest comments about this post.
These comments are submitted anonymously by website visitors.