by Daily Star, Lebanon (reposted)
52 civilians have died in Lebanon since Hizbollah captured two Israeli soldiers, while continuing to hit Northern Israel with rockets as Israel continues to destroy Lebanon’s national infrastructure with aerial bombs.
Israel has threatened to bomb Beirut and the cities southern suburbs today in the continuing military escalation by the Middle East’s only nuclear power.

Lebanon's Hizbollah group said on Thursday its guerrillas would bombard Israel's third-largest city of Haifa if Israel attacks targets in Beirut or its southern suburb.

Hizbollah announced that “it will bombard Haifa and its surroundings if Beirut or its southern suburb come under any direct aggression," the group said in a statement.

Despite the attacks on Lebanon, Israel signaled no let-up in its Gaza assault, mounting an air strike that destroyed the office of Palestinian Foreign Minister Mahmoud al-Zahar. At least 24 Palestinians were killed in Gaza on Wednesday.

Palestinian president Mahmud Abbas on Thursday warned against the eruption of "regional war" in the Middle East, amid twin Israeli offensives on southern

More
http://www.dailystar.com.lb/article.asp?edition_id=1&categ_id=2&article_id=73937
Add Your Comments
§U.S. President pledges to work with Israel
by Daily Star, Lebanon (reposted)
U.S. President George W. Bush pledged Thursday to work with Israel, criticizing Hezbollah for thwarting efforts for peace in the Middle East. "My attitude is this: there are a group of terrorists who want to stop the advance of peace," he said. "Those of us who are peace living must work together to help the agents of peace."

While Lebanon on recalled its ambassador to the United States after he suggested Israel and Hezbollah negotiate a prisoner exchange.

The Cabinet ordered Farid Abboud's recall for violating government policy, the officials said. Lebanon's government has tried to distance itself from Hezbollah after it snatched two Israeli soldiers, prompting a massive Israeli air, land and sea bombardment of the country.

Abboud, speaking on CNN Wednesday, called for an exchange of two Israeli soldiers kidnapped by Hezbollah for Arab prisoners held by Israel and the withdrawal of Israel from Lebanese territory.

Death tolls from dawn air strikes in Lebanon are now estimated at least 47 civilians and wound over 100 people. Lebanese officials say that a family of 10 and another family of seven were killed in their homes in the village of Dweir, the officials said.

Israeli fighter-bombers continued their assault on Lebanon striking a Shiite Muslim prayer house in a village in the eastern Bekaa valley of Lebanon today. While Hizbollah continued its military escalation for Israeli “massacres” by firing 60 Katyusha rockets at Nahariya in northern Israel killing one. 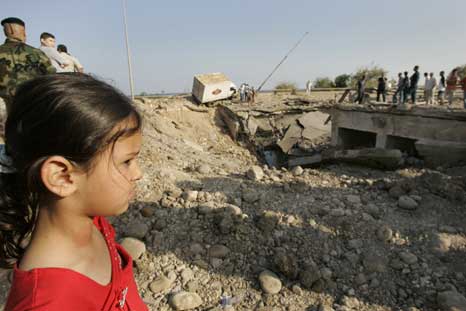 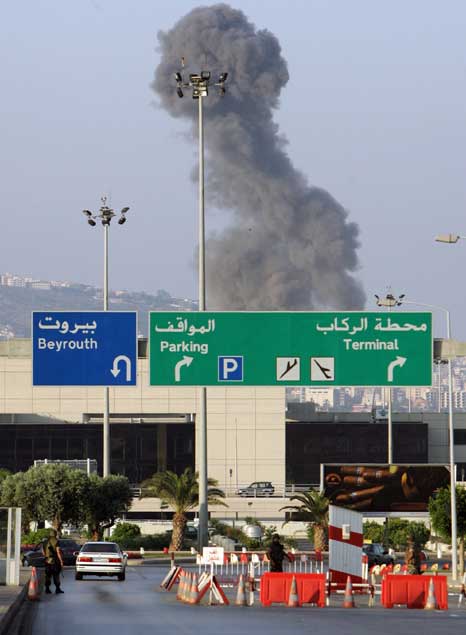 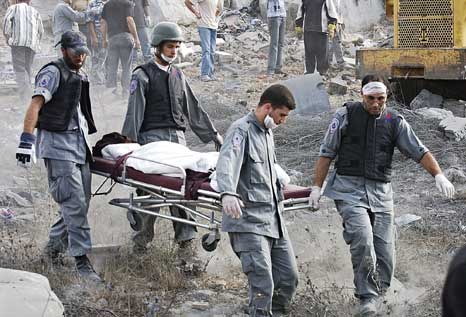 Looks like War.
Add a Comment
§Good, that's what Israel gets. It's called karma
by when you sponsor terror, you get burnt
when you sponsor terror, you get burnt. As soon as Israel stops murdering babies, stealing land and building aprtheid walls, maybe thet'll get some peace.
Add a Comment
Support Independent Media
We are 100% volunteer and depend on your participation to sustain our efforts!