Add an Event
Newswire
Calendar
Features
Home
Donate
From the Open-Publishing Calendar
From the Open-Publishing Newswire
Indybay Feature
Publish to Newswire
Add an Event
Related Categories: Central Valley | Anti-War
Despite CHP Clamp Down on Free Speech, Fast Begins in Sacramento
by Bianca
Tuesday Jul 11th, 2006 9:09 PM
Sacramento activist Victor* is one of about 3,000 nationwide fasting as part of a political statement to Bring the Troops Home Fast, but unlike many others, he was initially denied a permit to express his right to do so. 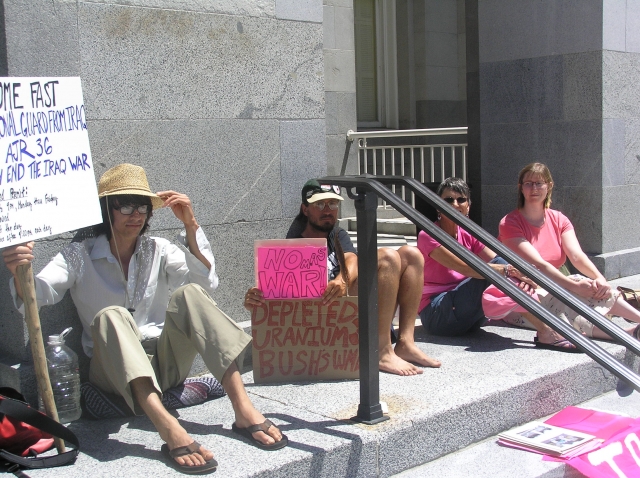 original image (2288x1712)
Sacramento activist Victor* is one of about 3,000 nationwide fasting as part of a political statement to Bring the Troops Home Fast, but unlike many others, he was initially denied a permit to express his right to do so.

He said he’s been in contact with the Northern chapter of the American Civil Liberties Union about the constitutionality of conditions set forth by the California Highway Patrol and has requested that the conditions be removed.

“The CHP said that they would grant me a permit on the condition that I fast only between the hours of 6 a.m. to 9 p.m. each day, but not continuously through each day and I post a sign near where I am notifying onlookers to that effect,” Victor said.

The permit granted to him is for under 50 persons at any given time and he has assumed all financial responsibility for any damage to state property which happens as a result of his actions on the property.

Victor began fasting on Monday and will continue through Friday at the California State Capitol Building.

On the Fourth of July, CodePink and Gold Star Families launched the nationwide fast, calling for the U.S. government to bring our troops home from Iraq--FAST. A core group of long-term fasters is fasting in front of the White House, in Washington DC and we invite
fasters and non-fasters to join them.

In California, hunger strikers are also focusing on Assembly Joint Resolution 36, which opposes the Iraq war and was introduced by Lonnie Hancock.

This measure would memorialize the President and Congress to restore the balance between the federal government and the states by limiting federal control of the California National Guard to cases where there is an insurrection or a declaration of war under the US Constitution.

In addition to this measure, Victor is fasting for a few other reasons. The first, he said, is primarily religious: “It is an attempt to, in public, pray and atone for not paricularly what any specific nation or group of persons has done, but to acknowledge the atrociites which have happened and to mourn while simultaneously hoping that meaningful betterment can
happen on our watch.”

He is also fasting for political reasons, to protest the current US foreign policy aimed at building permanent military bases in preparation for “larger, more terrible wars in the future.” Lastly, Victor is fasting in solidarity with the thousands of Iraqis who have suffered far worse things for the past three years, he said. 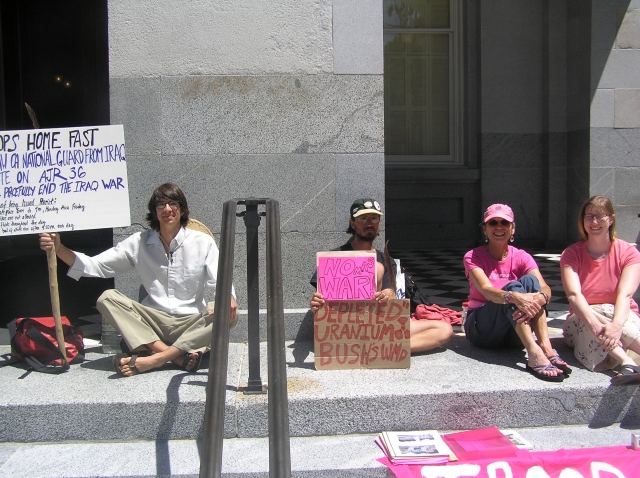 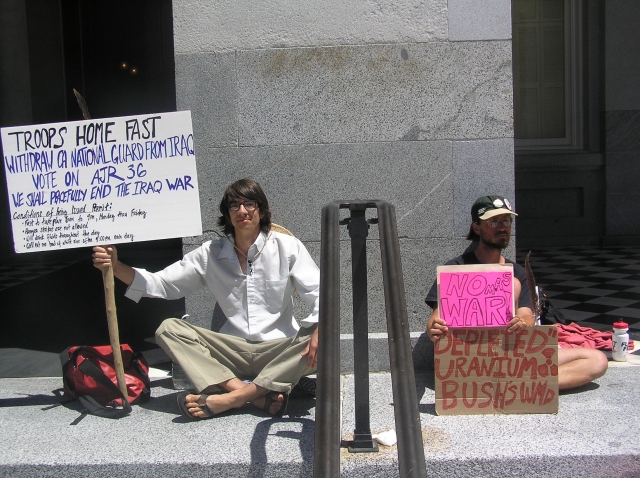 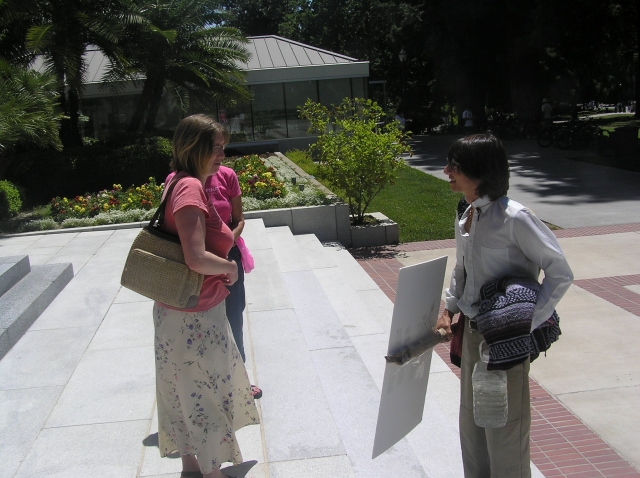 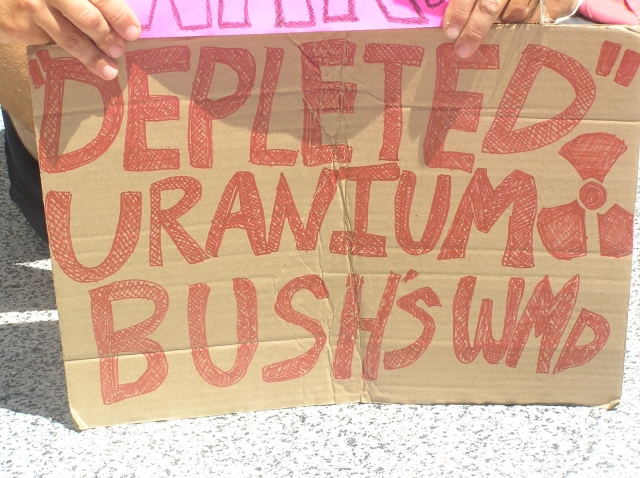 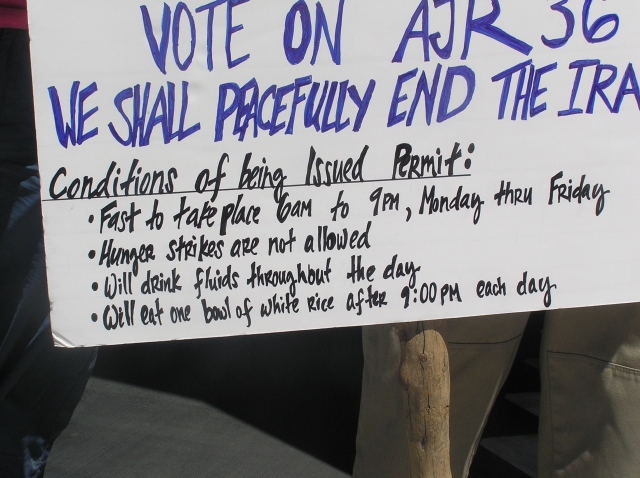 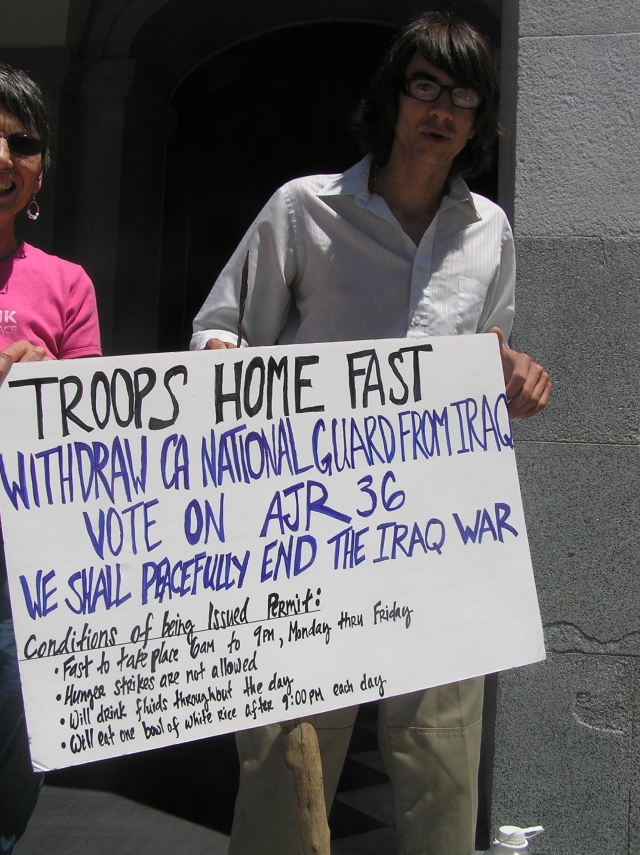 original image (1712x2288)
Add Your Comments
LATEST COMMENTS ABOUT THIS ARTICLE
Listed below are the latest comments about this post.
These comments are submitted anonymously by website visitors.