A majority of sidewalk onlookers were curious and willing to read the handouts, and a few joined in. The rally began at the clocktower and grew in numbers until spilling out on to Front St. at 3:00pm. Comfortably filling most of the asphalt, the assembly proceeded down Front to Laurel Street, turning to come back northward up the crowded Pacific Avenue drag and finally ending in a courtyard area across from the Post Office. Marchers congregated in the courtyard to listen to speakers, announcements, and a statement from the farmers, broadcasted from the mobile bike cart PA system.

Read the full report back: 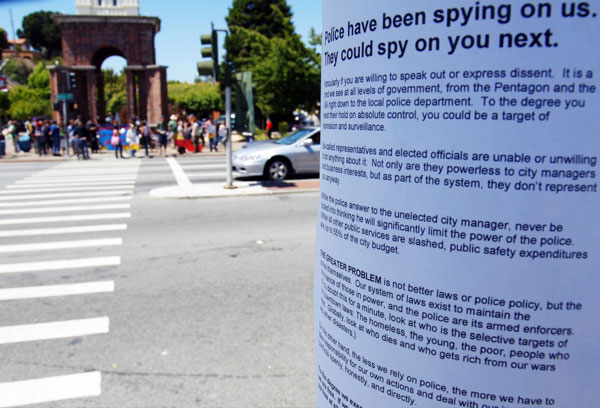 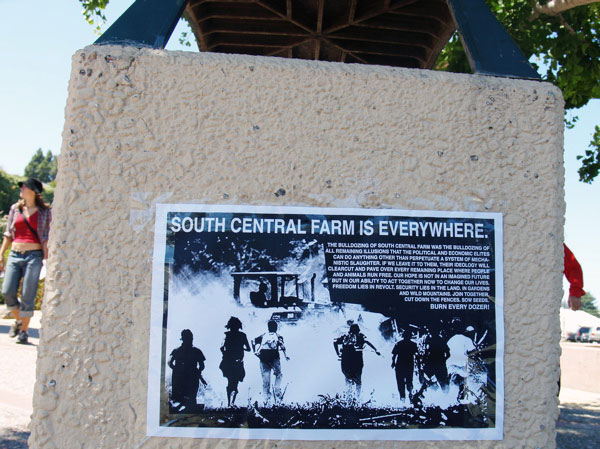 The urbanites for zucchini proliferation report that, "200 copies of this poster were put up all around Santa Cruz and more will soon hit the streets!" 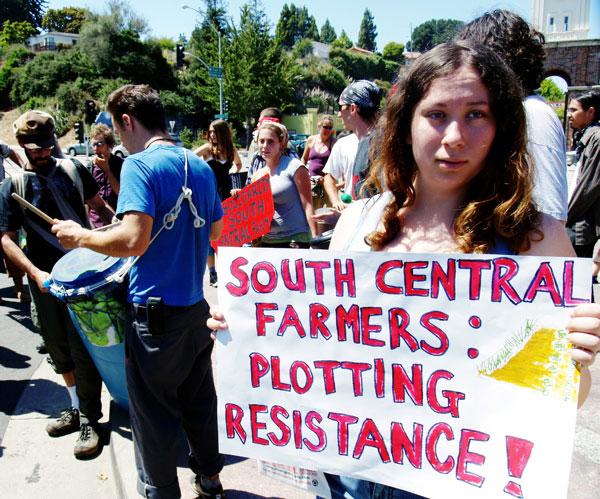 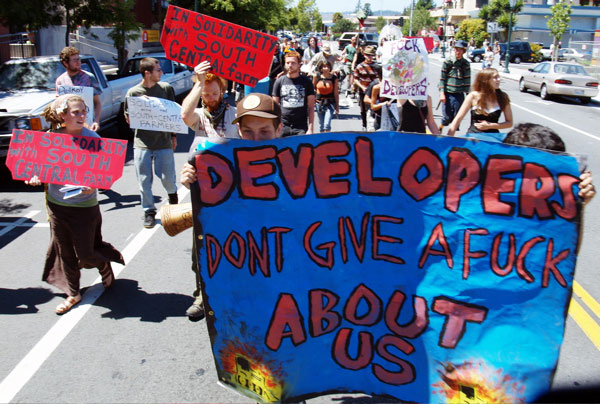 Less than 24 hours after Independence Day, as legal observers, local residents and farmers watched on, Ralph Horowitz began bulldozing the South Central Farm under the guise of "pruning." Hired security forces punched and pinned down supporters who tried to prevent the bulldozer from uprooting the hundreds of fruit trees while police officers watched on. Ten supporters were arrested.
http://sandiego.indymedia.org/en/2006/07/116504.shtml 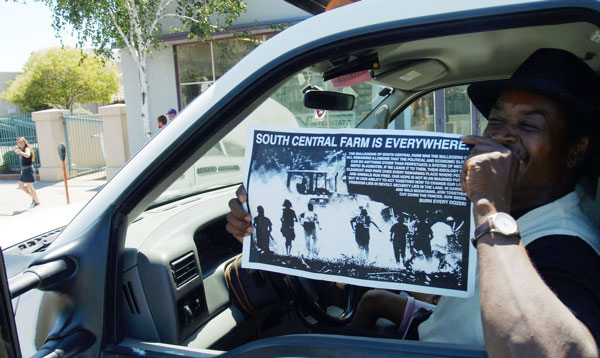 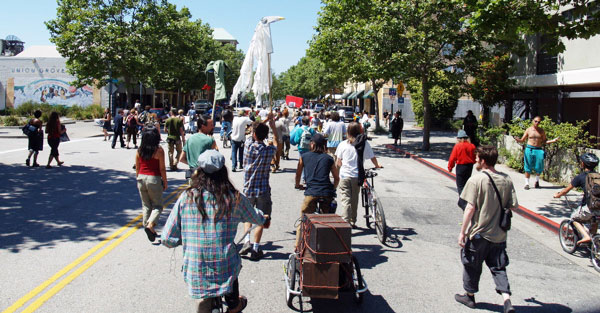 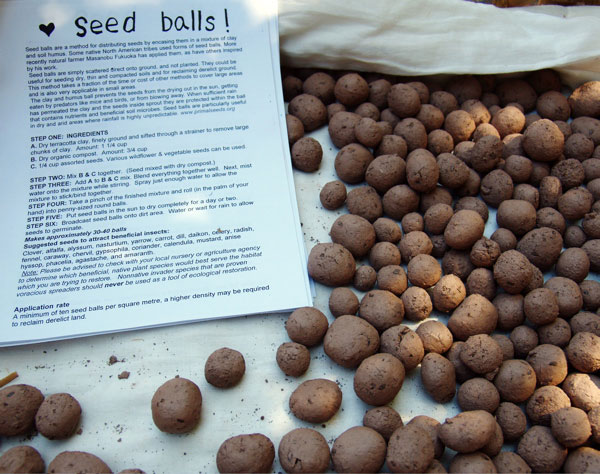 U.Z.P. task force reports that, "A large quantity of the clay-based balls, made up of native wildflower seeds, were distributed among the crowd. People went their separate ways with the "seed bombs" in hand, placing them thoughtfully throughout the city as a small guerilla gardening action."
§Rainbow
by ~Bradley Sunday Jul 9th, 2006 9:52 PM 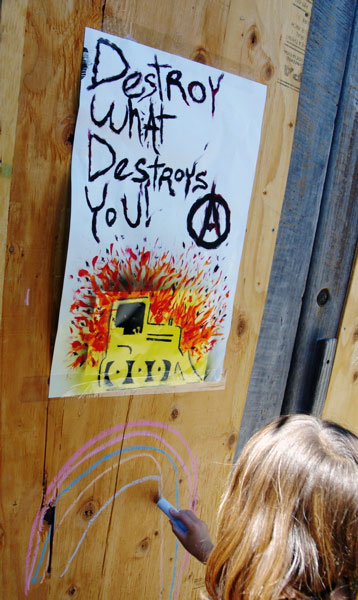 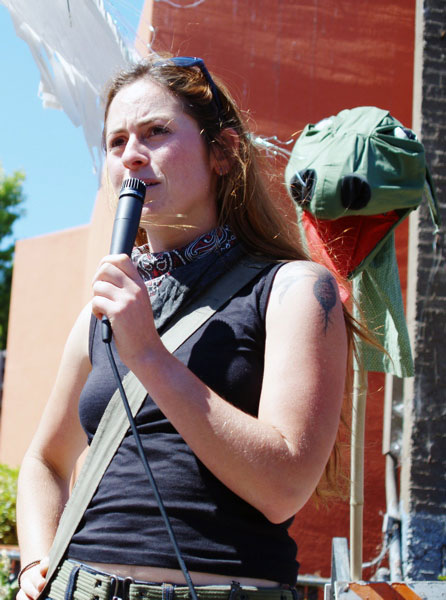 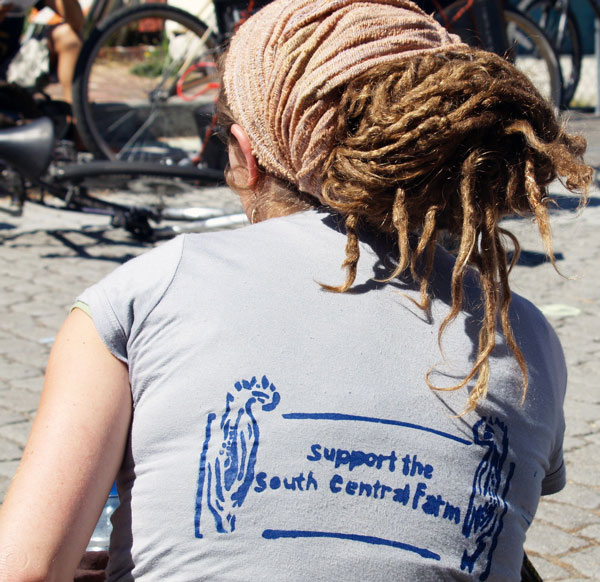 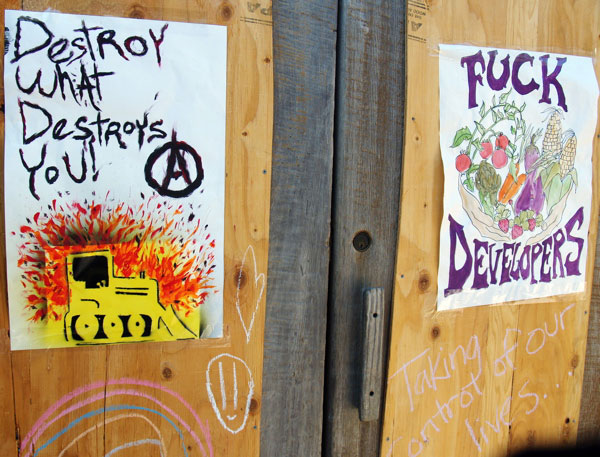 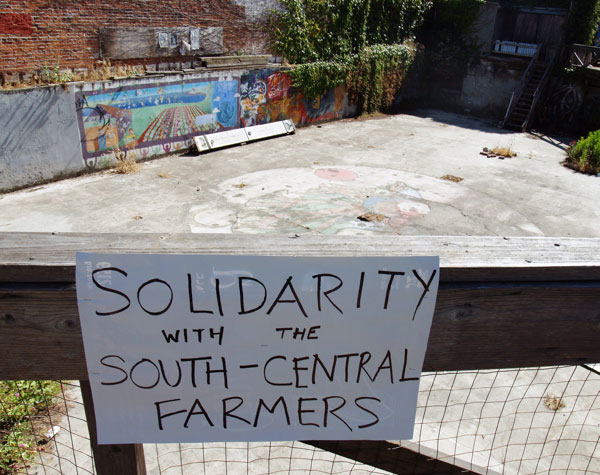 According to urbanites for zucchini proliferation, "At the north end of Pacific Ave, across from the post office, is a bridge over the exposed foundations of what used to be Bookshop Santa Cruz (before the earthquakes struck). There are murals on the old brick walls, the largest one depicts people fleeing in horror from a collapsing city, from the American flag, to the green of communal life in the countryside. This unique public courtyard is now threatened with annihilation by a city-led “eminent domain” purchase-and-sale to a developer to construct a massive complex of luxury apartments, stretching from the sidewalk of Pacific all the way to the sidewalk of Cedar Street."
§Hurry To Forget
by ~Bradley Sunday Jul 9th, 2006 9:52 PM 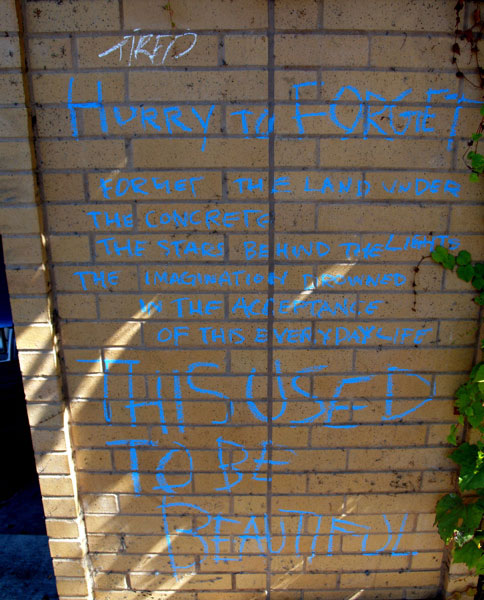 HURRY TO FORGET
Forget The Land Under
The Concrete
The Stars Behind The Lights
The Imagination Drowned
In The Acceptance
Of This Everyday Life
THIS USED
TO BE
BEAUTIFUL.
Add Your Comments
LATEST COMMENTS ABOUT THIS ARTICLE
Listed below are the latest comments about this post.
These comments are submitted anonymously by website visitors.