Add an Event
Newswire
Calendar
Features
Home
Donate
From the Open-Publishing Calendar
From the Open-Publishing Newswire
Indybay Feature
Publish to Newswire
Add an Event
Related Categories: San Francisco | Fault Lines
Oops, Clipped, Repost... MOBILE AUDIT CLUB sends out red alert on Citibank, Kenneth Lay o
by Kurt Brown--Saint Ram Bone (saintrambone [at] hotmail.com)
Wednesday Jul 5th, 2006 2:27 PM
A warning to my friends of humane conscience in the financial arenas. Economic warfare and warfare are coming together. I just want space colonies with people of humane conscience, like it used to be and will be. Are we capable? Take a look at what is happening in today's post listed below on Mobile Audit Club. The time to beware is now. I believe that mind control is just as bad as physics manipulation to gain finances from wealthy individuals. A special warning concerning the inheritances placed by billionaires. I don't like the filthy rich that much either, but even they deserve to be left in peace if they live in peace. The horror of life is in the tampering with the flesh, not the money, but they seem to go together. 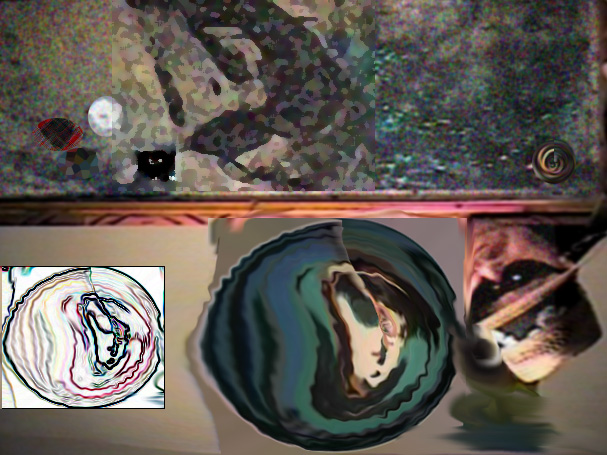 Foreword July 5, 2006: Late RED ALERT.. It appears Citibank may have been hit or is on a swindle. It appears the AT&T Universal Card was sold to Citibank in 1998 according to a disappearing article I glanced upon in Newsweek today. The AT&T Universal Rewards card had their rewards cancelled under Citibank. What happens to people under $50 in rewards. IT is stolen. That is of only one concern. I have had payments disappear for two months in payments on the Universal Card to Citibank. Payments totalling $3,600 and change. I have one $2600 payment in dispute.

This is only one concern because I read the story in a Newsweek article from the June 26, 2006 issue that was not in an issue that I bought on July 5, 2006 at Booksinc on Chestnut in San Francisco. What happened to the story? Was I misled? Or is the Newsweek magazine hit so that the story is not published or read? More to come on this issue and I will elaborate on theories in the Love Line pages of this site. Perhaps my eyes deceive me in those critical moments. A blackout of information or perhaps it was a special edition.

In another issue, my Cingular bill went to an address not intended to go. AT&T has merged with Cingular. Perhaps Cingular is just incompetent or perhaps, what I will call trailers, are left and placed where ever AT&T goes. The point is, the game continues.

Citibank and all companies under Americans control is my concern. Ironically, today in San Francisco, in a city where I was terminated, a man Daniel Kopp appeared to enter a bus I was riding. He and I share a similarity, we are both punished for our knowledge and abilities in a world that has gone askew. I urge all to beware of deceptions and to let the humane conscience be your guide. It is there for a reason. The creator is many races, many sexes, many nationalities, and only wants life under the creators terms, to live in peace and growth.

In another issue, the death of the Enron Executive, Kenneth Lay, is suspect. I believe people can be controlled through some sort of means, highly technical. He may have been killed to rid us of the scent trail. I warn Warren Buffett to be checked. I would like have dinner with Daniel Kopp and some Holocaust survivors or their families. We are one if we are humane in our conscience. Otherwise, we can play stick ball with stick men.

In another matter, I was harrassed by corrupt members of some group in 2003-late, or 2004 early when I was in forced exile and had to drive long distances to travel home for respites. I had a chemical thrown on me after coming out of a restroom that burned my neck later. The man was dressed nicely and young. A prima donne. As I drove I began to notice it and I became extremely frightened. A truck was dropping sheets of paper that looked like laundry softener. A car was dropping balls of dirt that fell in a continuous stream. I saw a cleanup crew on the highway with tanks of water washing the highway, or it appeared so. I stopped to get checked at a Flagstaff hospital for radiation. They said I was insane, held me down, forcibly injected me, carted me off to an insane assylum. The ride in the ambulance cost me $800 and the confinement cost me $1400. That was not all, and this is my point...a man at the insane assylum had his hand bandaged while I was there. He was my roommate. I was frightened of the situation because I do not trust government entities any longer. I think something may have happened to me there, and I do not want to say. I was released in three days. Today, in San Francisco, I saw a man walk by with his hand bandaged, and he was paranoid and disappeared, or walked quickly away when I stood up to watch him from the coffeeshop. We live in dangerous times. People are controlled through chemicals and physics and electronics, etc. Beware my fellow American people and spread the word. Thanks to the person revealing the disappearing article that I saw in Newsweek. Perhaps it was just a clipping for my eyes only. Money has no conscience, but I do. How about the FDIC crew in San Francisco, Sweet?

In another issue, there are no saints apparent in the Mid East struggle. The Taliban is not allowing women to become educated. I find it repugnant, like when Governor Wallace did not let a woman into a college due to race. It is a backward thing to do and I urge the Taliban to re-think that issue. They are your daughters, your flesh and blood. They are your mothers, flesh and blood.

My question this morning, in light of the warfare against myself and others of the financial sector, did Warren Buffett really give away his fortune or is it another wealth snatch by criminals like what happened to Howard Hughes? I would venture something or someone else is up. The mass media reports can not be trusted, only detected.

I, Kurt Brown, alias Saint Ram Bone, will speculate on the Love Line Pages--science and comedy, of this site later on how fortunes can be stolen and unintentionally directed per their own volition from the wealthy, such as Howard Hughes, Kurt Cobain, Warren Buffett and Bill Gates. (If you notice the java script pop up window, bear with me as I have been told it is a counter placed in by war criminals and hackers).

Like a gopher, I watch in the picture, like gopher from Vietnam, but I am plugged on planet earth;) Like that smart skilled, and shut out guy on newsweek, Daniel Kopp. Or is he? I would like to meet him. I need to brush up on my Arabic and teach him some Yiddish. They call me Vechter...Watchman. I am Kurt Brown--Saint Ram Bone of Mobile Audit Club

http://www.angelfire.com/zine2/democracyor...
Add Your Comments
Support Independent Media
We are 100% volunteer and depend on your participation to sustain our efforts!