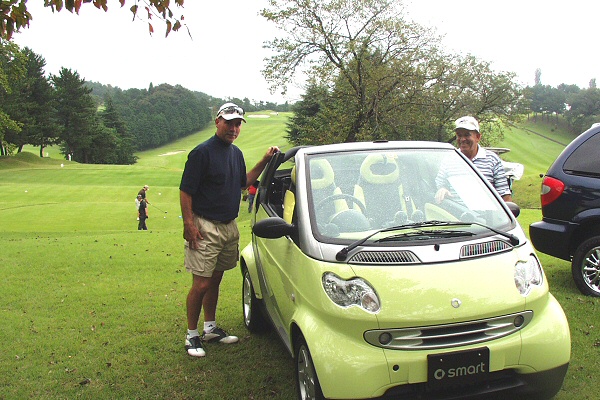 Jeffrey CASTELLI, the head CIA honcho in Italy at the time (Chief of Station in Rome), now believed to be working at CIA headquarters in Virginia.
Ralph Henry RUSSOMANDO
Sabrina DE SOSA
Col. Joseph L. ROMANO III, (LEFT in the photo) commander of the 31st Security Police Squadron at the Aviano Air Base at the time, now working at the Pentagon.

Charged at the same time were two Italian intelligence (SISMI) officers, the first Italians charged so far in the case. They are: Marco Mancini, the director of operations of the spy service SISMI, and General Gustavo Pignero, who was in charge of SISMI operations in northern Italy and was Mancini's superior. Mancini was jailed and Pignero placed under house arrest because he claimed to be ill.

Besides the persons charged today, 22 other CIA operatives have already been indicted and are subject to arrest in Europe and other jurisdictions of Interpol. Many of these people work in State Department positions at U.S. embassies.

Osama Mustafa Hassan, also known as Abu Omar, is believed to have been abducted from a Milan street on 17 February 2003, and flown out of the country from Aviano air base north of Venice via a jet leased from the Boston Red Sox.

The cleric, who had been granted refugee status in Italy, was already under investigation by Italian officers as part of a terrorism inquiry.

He is still being held in a jail in Egypt, but did make contact with his family and friends during a brief release. A friend who spoke to him said he had suffered electric shocks and other severe torture. The rendition leader, Robert Lady, was present during some of the tortures in Egypt according to prosecutors.


§Spell: RUSSOMANDO
by Carolyn Kuhn Thursday Jul 6th, 2006 12:27 PM
The spelling of one name should be corrected to read RUSSOMANDO (with an "A").
Add Your Comments
LATEST COMMENTS ABOUT THIS ARTICLE
Listed below are the latest comments about this post.
These comments are submitted anonymously by website visitors.