by ~Bradley (bradley [at] riseup.net)
On July 3rd, fiesta mysteriosa hosted Santa Cruz's 2nd Annual Old Time American Flag Burn at Seabright Beach. The celebration was a B.Y.O.F. event. Before the burning and melting of more than a dozen American flags, people gathered around the fire pit to share their personal feelings and beliefs about burning American flags. It is legal to burn American flags, however the burning of US currency is illegal. Dollar bills, powerful symbols of global capitalism, were also burned, despite the illegality of the act.

On the Fourth of July, patriotic Americans everywhere celebrate Independence Day with fireworks, cookouts, and time with their families. This year, some celebrations will be interrupted by reminders that the United States does not give freedom to everyone. One activity was nearly made illegal this summer: burning the American flag. An amendment backed by the Bush administration to give Congress the power to “ban desecration of the American flag” received one vote less than was needed for passage. 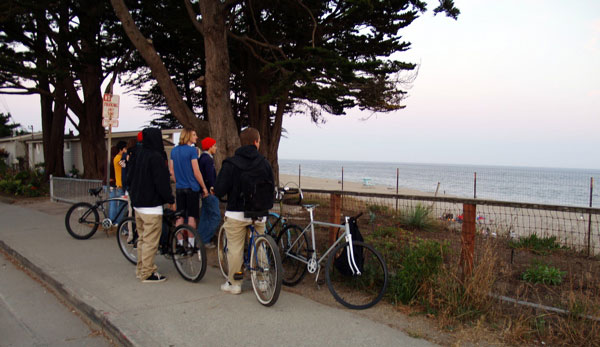 People gathered on the cliff edges to watch the flags burn from afar.
§50 States, One Nation, to Burn
by ~Bradley 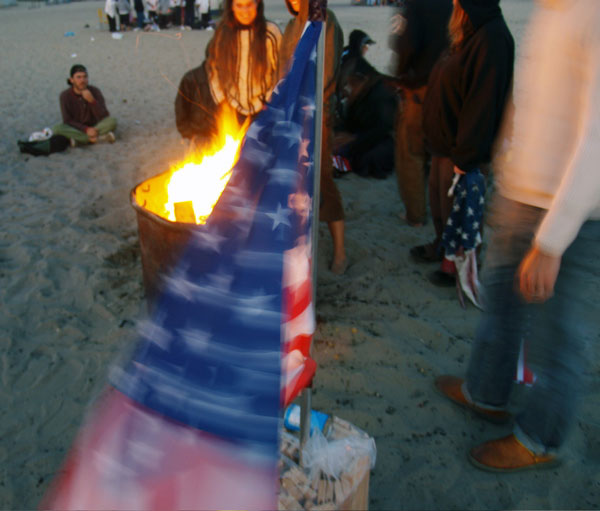 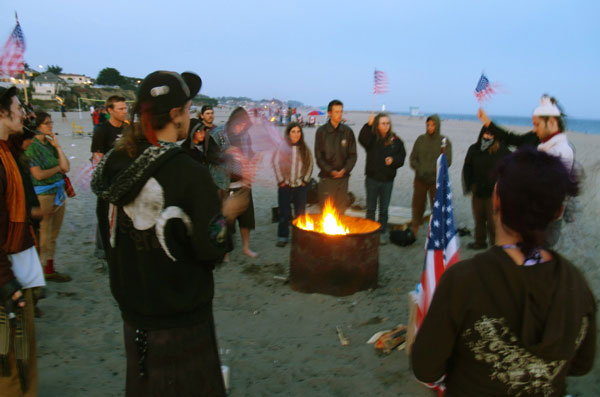 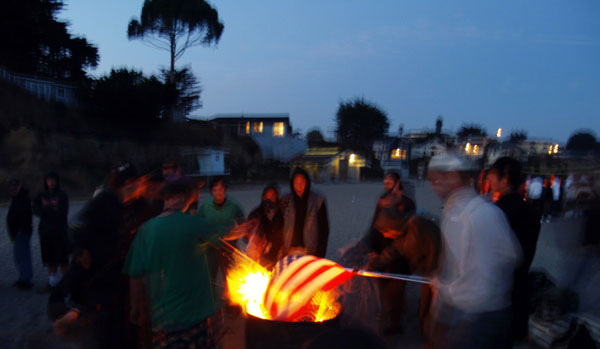 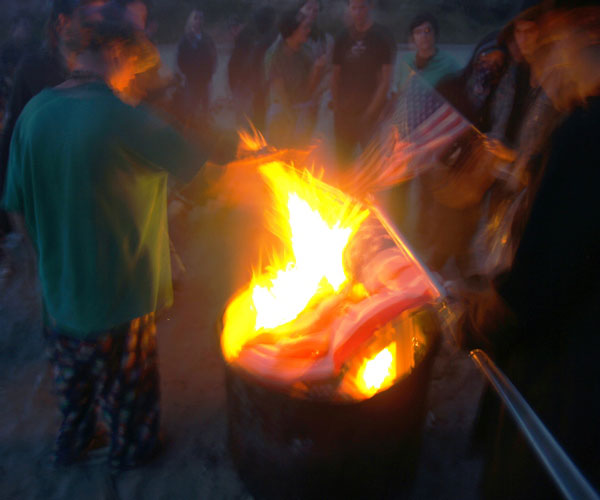 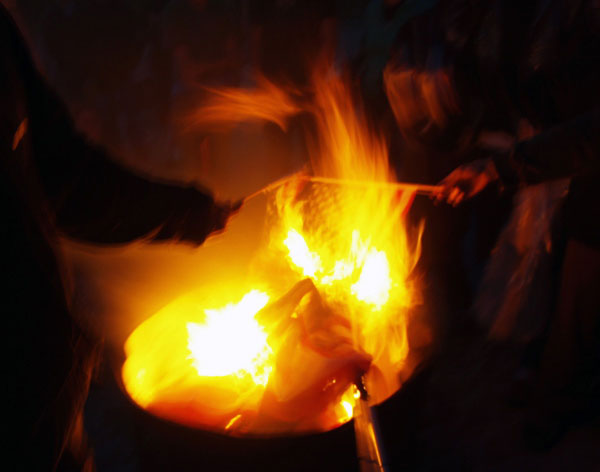 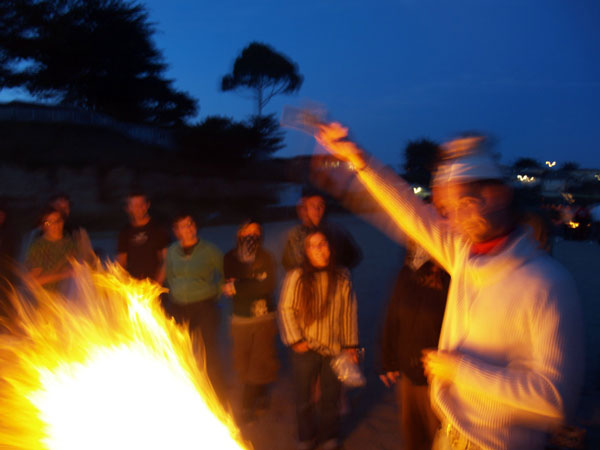 §One Dollar
by ~Bradley 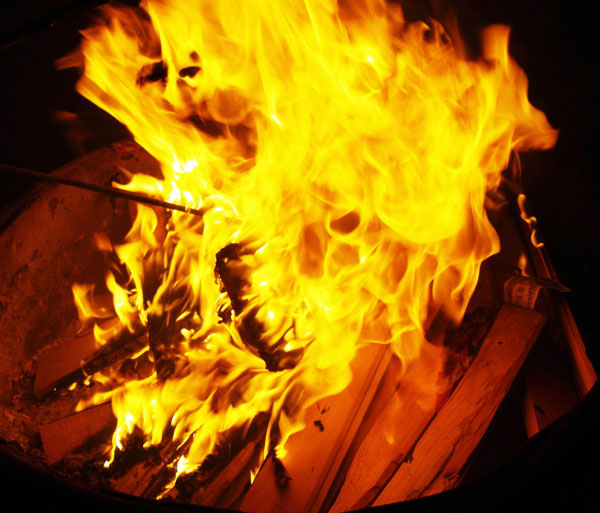 §Fan the Raging Flames of Freedom
by ~Bradley 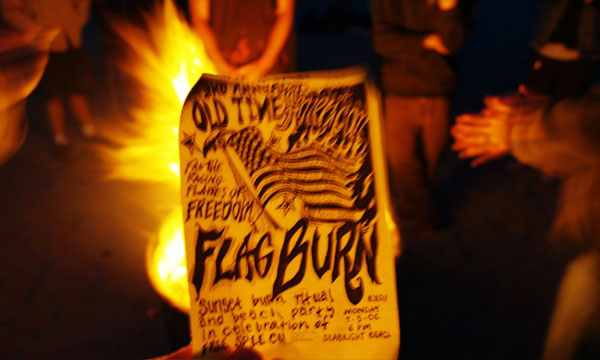 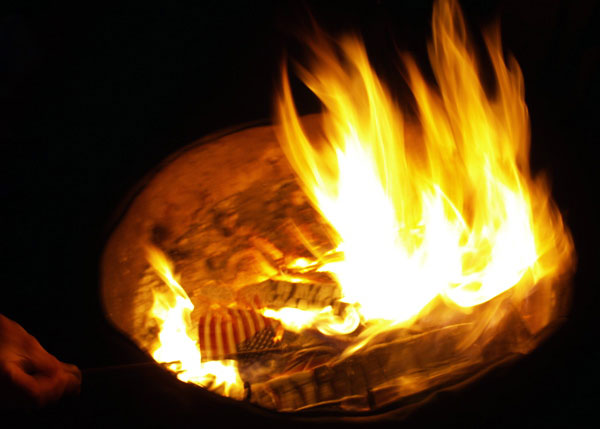 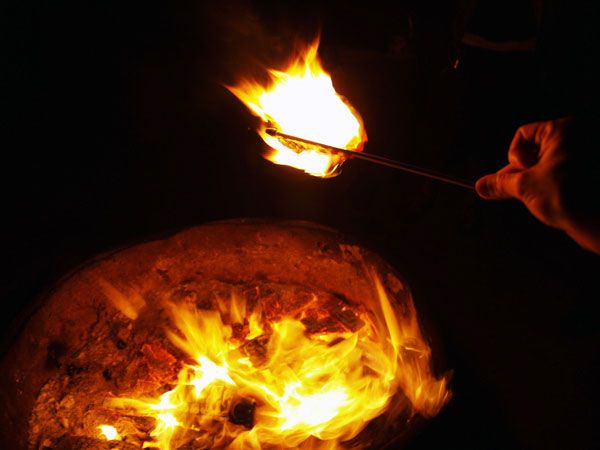 Add Your Comments
Latest Comments
Listed below are the latest comments about this post.
These comments are submitted anonymously by website visitors.
TITLE
AUTHOR
DATE
Countering the right wing Senile attitude
Ed Obeweiser
Cry me river
aosdj
So What
ahala
Hussein
cp
U.S. installed Saddam Hussein
cp
Burn that piece of cloth!!!
Steve
Santa Cruz is Irrelevant!
Bob
It's a truly patriotic idea
rarity
Stopwar, not to be picky...
Bic
Leave and don't come back
Alan
Support Independent Media
We are 100% volunteer and depend on your participation to sustain our efforts!