Add an Event
Newswire
Calendar
Features
Home
Donate
From the Open-Publishing Calendar
From the Open-Publishing Newswire
Indybay Feature
Publish to Newswire
Add an Event
Related Categories: Palestine | San Francisco
Emergency Protest in Solidarity with the Palestinian People
by Bill Hackwell (hckwll [at] yahoo.com)
Tuesday Jul 4th, 2006 10:22 AM
Over 500 Palestinians from around Northern California and their supporters protested in front of the Israeli Consulate in San Francisco Monday afternoon against the brutal assault launched by the Israeli occupation forces against the entire population of Gaza. The loud and militant demonstration filled the sidewalks in front of the consulate on both sides of Montgomery and drowned out a pro Israeli group of about 30 people. 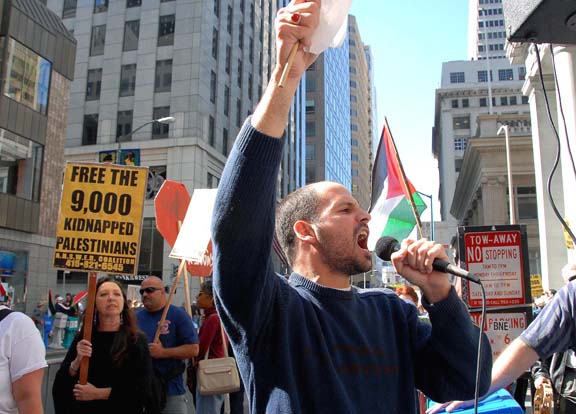 Since the early hours of June 28 the Israeli Occupation Forces (IOF) have been bombing Gaza around the clock. F-16 fighter bombers have knocked out bridges on the only road linking the northern and southern sections of the region. The IOF has destroyed the main power plant in Gaza and most of the people are now without electricity and water. One third of the members of the Palestinian Authority governing body have been arrested.

While a great outcry is heard in the mass media about one captured Israeli soldier, the same media pays no attention whatsover to the over 9000 Palestinian political prisoners being held illegally under terrible conditions in Israeli jails. At least 335 of these prisoners are children.

Israel's latest assault and racist apartheid system is supported and financed by the Bush Administration and Congess because of Israel's vital role in Washington's project of Middle East domination.

§Militant response to the occupation of their homeland
by Bill Hackwell Tuesday Jul 4th, 2006 10:22 AM 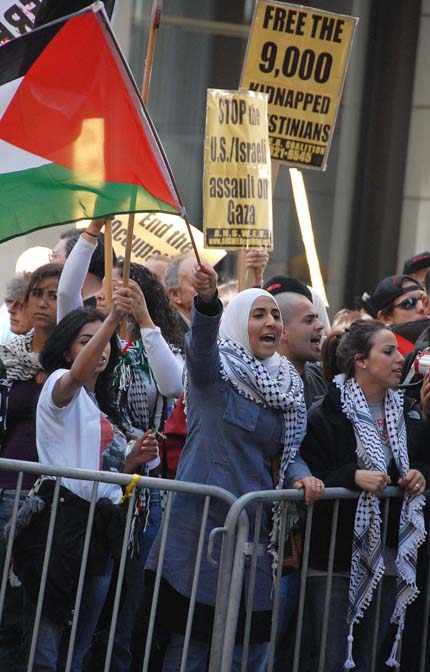 §Palestinian supporters on both sides of Montgomery
by Bill Hackwell Tuesday Jul 4th, 2006 10:22 AM 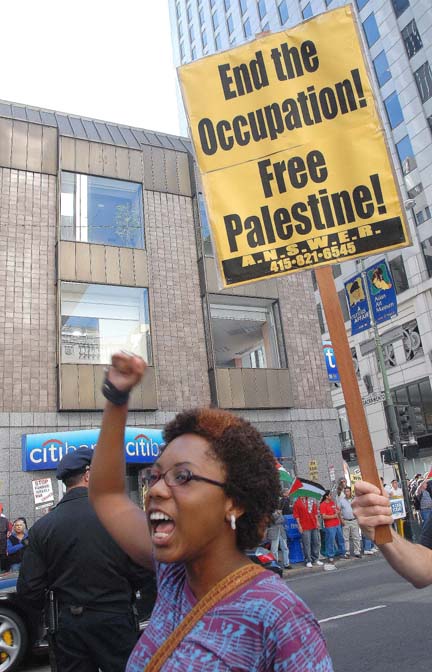 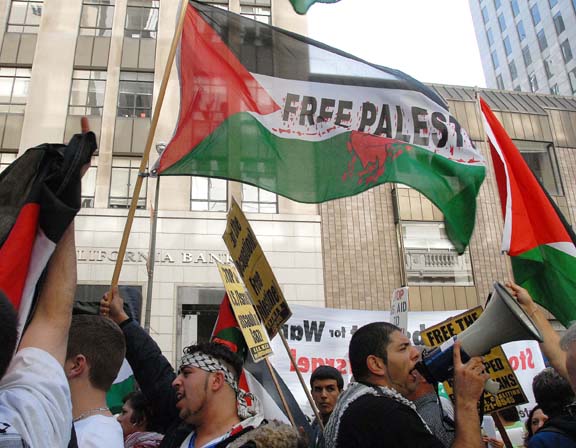 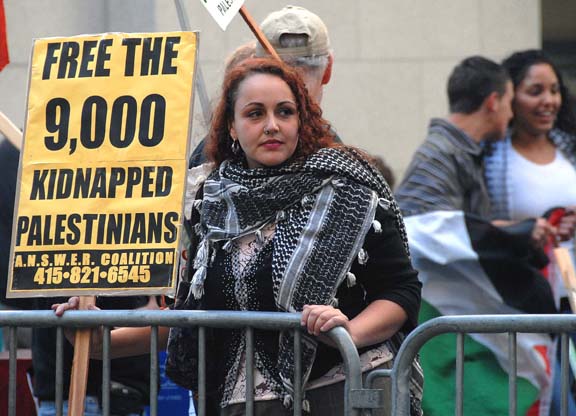 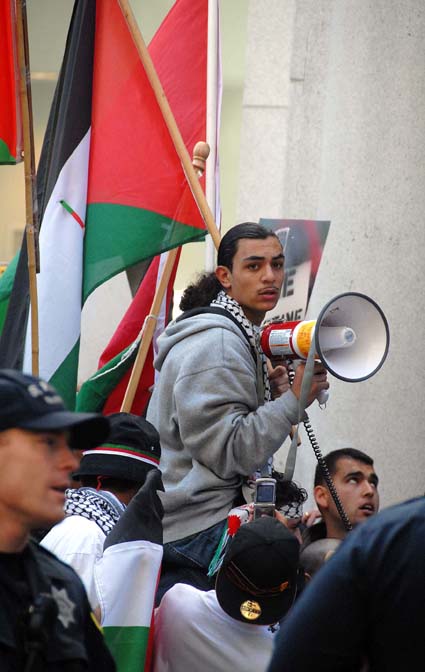 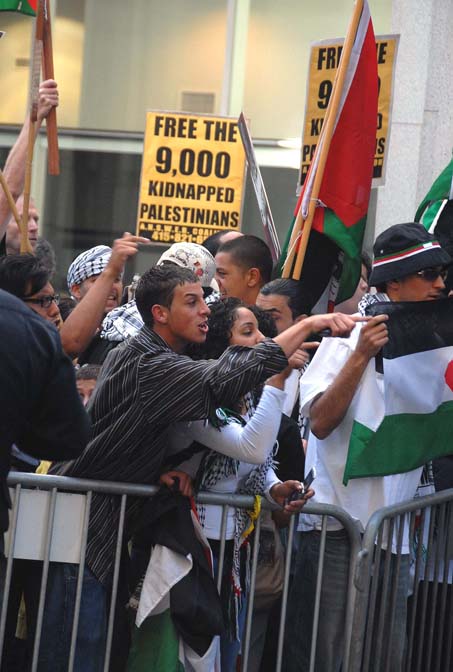