Add an Event
Newswire
Calendar
Features
Home
Donate
From the Open-Publishing Calendar
From the Open-Publishing Newswire
Indybay Feature
Publish to Newswire
Add an Event
Related Categories: San Francisco | Anti-War
Declaration of Peace - San Francisco
by Bill Carpenter (wcarpent [at] ccsf.edu)
Monday Jul 3rd, 2006 12:32 AM
The Declaration of Peace is a nationwide campaign to establish by September 21, 2006, a concrete and rapid plan for peace in Iraq, including:
* a prompt timetable for withdrawal of troops and closure of bases
* a peace process for security, reconstruction, and reconciliation
* the shift of funding for war to meeting human needs.
Three-minute QT movie. 12MB.
Copy the code below to embed this movie into a web page:
Download Video (11.9MB) | Embed Video
http://declarationofpeace.org/
§Declaration of Peace - San Francisco
by Bill Carpenter Monday Jul 3rd, 2006 12:32 AM 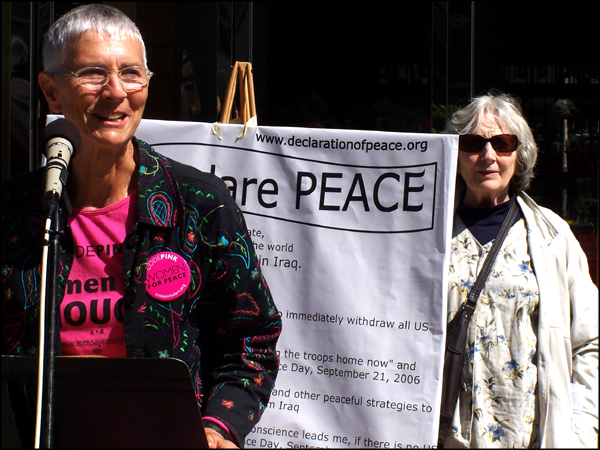 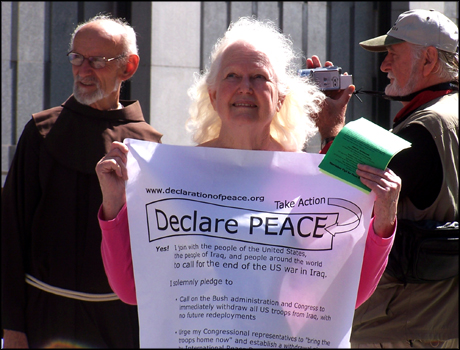 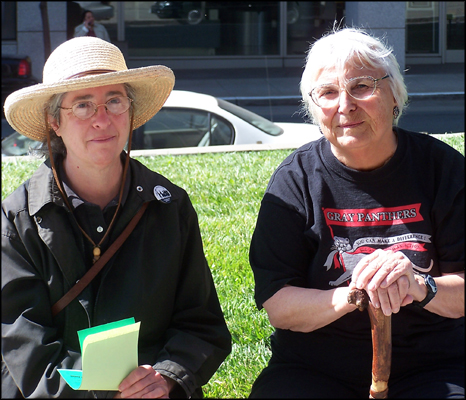 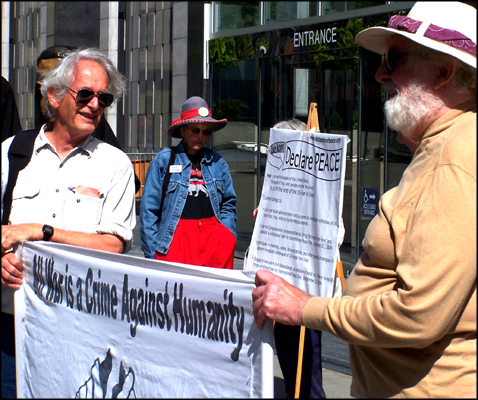 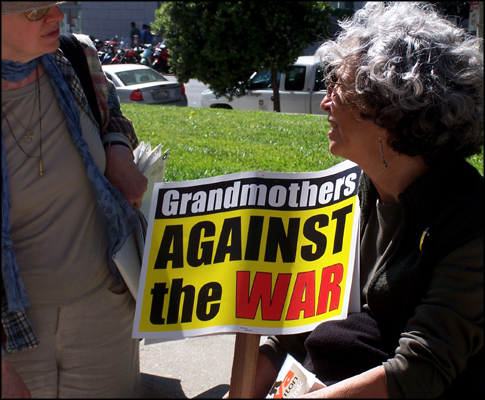 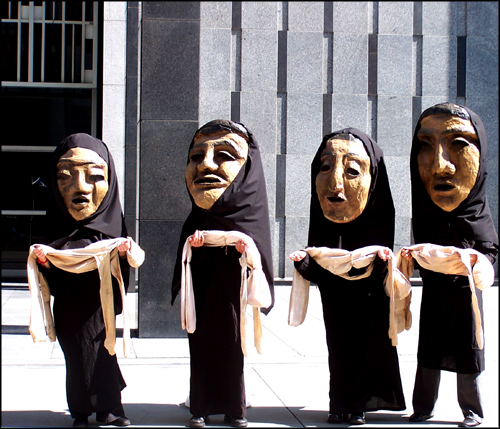 Friar Louie mentioned Prof. Michael Nagler: Here are a few web sites that tell more of him and lead to some of his work.
http://www.wie.org/bios/michael-nagler.asp

"Every time we have pursued violence to further our interests in other countries - supporting Saddam Hussein, Osama bin Laden, and the Taliban - it has rebounded to harm us - what the CIA calls "blowback." If we truly want to be secure, we must understand why we're hated and take steps to correct it.

"There are three areas. In policy, we have to look particularly at our behavior in Israel-Palestine, Iraq, and Saudi Arabia, where we have supported the autocracy since 1943. In lifestyle, we cannot go on consuming global resources, particularly oil, at an unsustainable rate. Bike to work! A third area is in our culture. Since commercial television became available in 1946, we have created a culture of violence. We cannot possibly expect to escape violence unless we change that culture. Intuitively, there is a close connection between the cultivation of violent imagery - in movies, in television, on the "news" - and the experience of more and more violence in the real world - a connection which scientific studies have confirmed repeatedly. And that culture of violence has led to a politics of cruelty. "
--http://alumni.berkeley.edu/Alumni/Cal_Monthly/December_2001/QA-_A_conversation_with_Michael_Nagler.asp


Marilyn is a member of Military Families Speak Out:
http://www.mfso.org/
§Declaration of Peace - San Francisco
by Bill Carpenter Monday Jul 3rd, 2006 12:32 AM 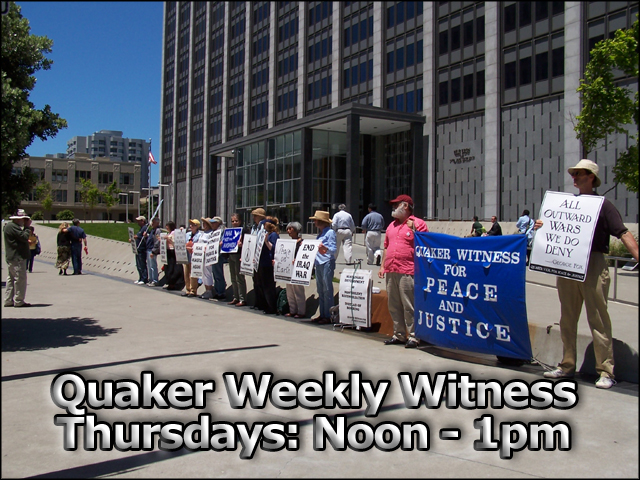