Add an Event
Newswire
Calendar
Features
Home
Donate
From the Open-Publishing Calendar
From the Open-Publishing Newswire
Indybay Feature
Publish to Newswire
Add an Event
Related Categories: U.S. | Anti-War
Photos of War Ships in Port of Olympia
by nowar
Wednesday May 31st, 2006 2:11 PM
Photos of ship in the Port of Olympia, which docked to load equipment that will be sent to the war in Iraq. 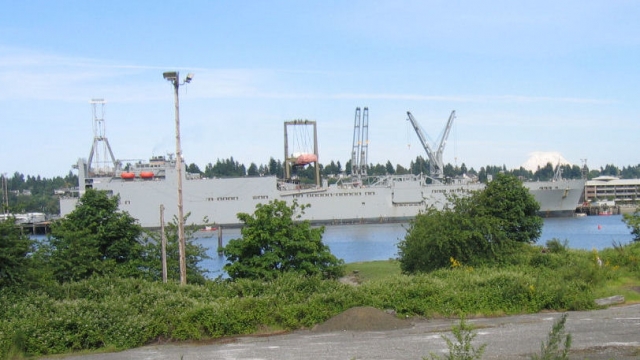 Olympia, WA - Dozens of people have been arrested and police fired pepper spray at a group of 150 protestors Tuesday who were demonstrating at the Port of Olympia against the war in Iraq.

Free Radio Olympia reports the USNS Pomeroy pulled into the Port of Olympia Monday evening around 7:10 pm to load Strykers and other military machinery to be transported to the war in Iraq. According to the Olympian, the ship "was greeted by about 70 protestors who had been waiting its arrival."
§War ship with Mt. Ranier in the background.
by nowar Wednesday May 31st, 2006 2:11 PM 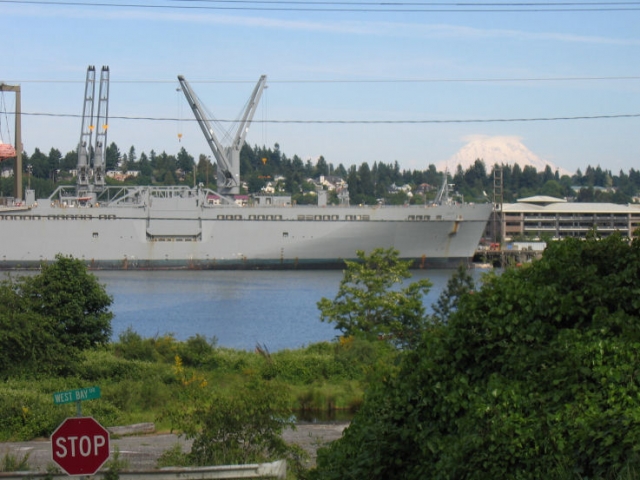