About the South Central Farm in Los Angeles

by from southcentralfarmers.com
Synopsis of the history of the 14-acre urban garden located at 41st and Alameda Streets

Since 1992, the 14 acres of property located at 41st and Alameda Streets in Los Angeles have been used as a community garden or farm. The land has been divided into 360 plots and is believed to be one of the largest urban gardens in the country.

The City of Los Angeles acquired the 14-acre property by eminent domain in the late 1980s, taking it from nine private landowners. The largest of these owners, Alameda-Barbara Investment Company (“Alameda”), owned approximately 80 percent of the site. The partners of Alameda were Ralph Horowitz and Jacob Libaw. The City originally intended to use the property for a trash incinerator, but abandoned that plan in the face of public protest organized by the community.

As part of the eminent domain proceedings, the City granted Alameda a right of first refusal if, within 10 years, the City determined that the parcel formerly owned by Alameda was no longer required for public use. 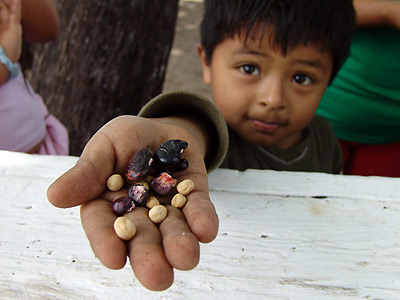 In 2002, LHIC filed suit against the City for not executing the purchase agreement. The City successfully demurred three times to LHIC’s complaint, but then agreed to sell the 14-acre property to Ralph Horowitz and his business partners for $5,050,000. On August 13, 2003, the City Council discussed and approved the terms of the settlement in closed session, and then passed a motion to approve the settlement.

On September 23, 2003, the City sent the Foodbank a letter notifying it of the sale. The Foodbank, in turn, distributed the letter to the approximately 350 families that were using plots at the garden to grow their own food. The families using the plots are low‑income and depend heavily upon the food they grow to feed themselves. In addition to growing food for themselves, the people involved with the community garden hold Farmers' Markets, festivals and other cultural events for the public at large.

After receiving the notice from the City informing them that the garden property was being sold to a private developer, the farmers formed an organization—South Central Farmers Feeding Families—and began organizing to retain their right to use the property. South Central Farmers Feeding Families appealed to the City Council to prevent the sale from going through. On December 11, 2003, however, the City transferred title to the property to Ralph Horowitz and the Horowitz Family Trust, The Libaw Family LP, Timothy M. Ison and Shaghan Securities, LLC.

On January 8, 2004, Ralph Horowitz issued a notice setting February 29, 2004, as the termination date for the community garden. In the meantime before February 29, members of the South Central Farmers Feeding Families obtained legal counsel (Hadsell & Stormer, Inc., and Kaye, Mclane & Bednarski LLP) and filed a lawsuit seeking to invalidate the sale of the property. The Los Angeles County Superior Court issued a temporary restraining order and later a preliminary injunction halting development of the property during the pendency of the lawsuit. Both the City and the Horowitz defendants appealed the Superior Court’s order granting the preliminary injunction.

On June 30, 2005, the Court of Appeal reversed the Superior Court’s order granting the preliminary injunction. The South Central Farmers Feeding Families have 40 days from June 30 to petition the California Supreme Court to review the Court of Appeal’s ruling. If the Supreme Court declines to hear the case, the urban garden will be demolished in about three months.


Accomplishments by the South Central Farmers

1. When Michael flood and the food bank turned their backs on the poor people of South Central. It was the South Central Farmers that protested, marched, and attended city council meetings. In this process they were able to keep the garden open and challenge the city on the sale of the property. The food bank had an opportunity to place its expensive lawyers on the issue but they chose instead to fight against them and they continue to fight us.

2. The South Central Farmers began a process of eliminating the corruption and self-serving attitudes that the agents of the food bank had fostered for over 11 years. This included cronism, nepetism, and extornsion. In direct violation of the permit given by the city the agents of the food bank and the food bank allowed the sale of plots to poor families. The prices began from 250 all the way up to 1000 dollars per plot. This was hurrendous. The SCFs have been attempting to remove these elements from the community garden.

3. In Feb 15, 2004, the SCF had a general assembly where two leaders were chosen democratically. The rules for governing the community garden were discussed and the type of democracy was also decided, Majority rule. From then on the leadership was given certain executives privileges always governed by the consensus of the community.

4. From that time on the community garden and its rules have been governed by the participatory membership of the South Central farmers. They chose which rules they wanted to be governed by and how transgressions should be dealt with.

7. The SCFs have addressed the needs of the women membership by providing them the space to have their own cooperative space where only women work.

8. We have sustained City Council attendance, twice a week, only matched by the anti-war movement of the sixties.

10. We provide an avenue for up and coming bands during our yearly anniversary celebration. We have had two of them and have showcases many up and coming community bands.

11. SCFs maintain an abundant and resilient seed stock that is grown in the community garden.

12. The SCFs have brought traditional aztec dancers and ceremonies that resonate the cultural traditions of the people who grow food.

14. The SCFs continue to educate their members on the democratic process and how it applies to their local government.

Send letters of support to the individuals listed at the following link:
http://www.southcentralfarmers.com/index.php?option=com_content&task=view&id=12&Itemid=25

END_OF_DOCUMENT_TOKEN_TO_BE_REPLACED
Add Your Comments
Latest Comments
Listed below are the latest comments about this post.
These comments are submitted anonymously by website visitors.
TITLE
AUTHOR
DATE
Clout of Libaw-Horowitz Investment
from illegal concept of corporate personhood
satellite photo
caine
Sign up sheet
Caine
There is a statewide call for
SCF supporter
Support Independent Media
We are 100% volunteer and depend on your participation to sustain our efforts!