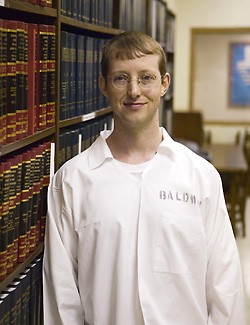 UPDATE: While the original deadline was May 26th (thanks to all of you who hustled and already sent in your letters!), it's being pushed back so Awareness Day organizers can make letter writing part of their events. All letters must be received by the end of June.

Dear Supporters of the WM3:

A friend and I were chatting this weekend when she brought up an important issue. With Awareness Day fast approaching, what is being planned for Arkansas? After all, this state needs to be everyone’s focal point. She proposed a brilliant idea, which I want to pass on to you.

I know many of you over the past decade or so have literally inundated the Governor’s office with letters. How many letters have been sent? Well, it could be anyone’s guess. I don’t believe anyone is keeping a record, and of course, the Governor’s office keeps an apparently endless supply of those rubber-stamped “form” letters everyone receives in response.

So the idea is this: We all write another letter to the Governor of Arkansas–but wait! This time, instead of mailing these letters directly to his office, we address them to the post office box listed below, like this:

How does it sound so far? (By the way, I came up with the name of this little mission–“WRITE TO FREEDOM.” It has a nice ring, doesn’t it?) The letters need to be brief, polite and focused. Gov. Huckabee says he hasn’t seen proof of our innocence. Is he satisfied with the “proofs” of our guilt? Tell him what fact of this case troubles you most. Stress how important it is for him to be well informed. And don’t wait. There isn’t much time. Please write that letter today!

All letters must be received by the end of June. As they arrive, Arkansas volunteers will sort them as follows: Letters from Arkansans, Letters from Other Americans, and, last but not least, Letters from Humanity around the Globe.

If all goes well, local and national media will also be on hand. That’s why I want you to do this too: On the outside of your envelope, write a brief statement about what you told the governor and what you hope he does concerning the case of the West Memphis Three. That way, these statements can be made available to the media, without opening the Governor’s mail.

I believe the Arkansas Constitution grants power to the Governor to help people who have been wrongly convicted. But for him to do that in this case, he needs to know the facts. Certainly, once he does, justice will not be ignored forever.

Thank you, everyone. Today is my birthday and I have but one wish. This is the last year of my twenties. I’ll be happy indeed if Damien, Jessie and I can spend just one day of it as free men.

http://www.wm3.org
Add Your Comments
LATEST COMMENTS ABOUT THIS ARTICLE
Listed below are the latest comments about this post.
These comments are submitted anonymously by website visitors.