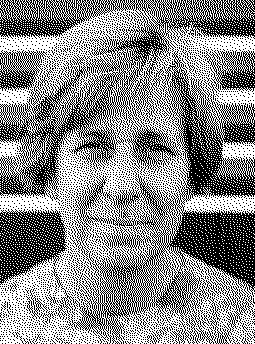 Cindy Sheehan: On No Canada!

I like to believe that people in the long run are going to do more to promote peace than our governments. Indeed, I think that people want peace so much that one of these days governments had better get out of the way and let them have it. -Dwight D. Eisenhower

The day that the apparently reformed war-monger, President Dwight D. Eisenhower, envisioned decades ago has finally come. It is time for governments to get out of our way.

I have had a chance since Camp Casey in August to travel the world. I have had the honor of meeting hundreds of fellow souls who are just plain sick and tired of the way BushCo is cavorting around the world and comporting themselves as fledgling 3 rd Reich tyrants (Hitler didn't need warrants either) who are threatening the way of life of every person who inhabits our world. I was only just in Canada and got to meet many of our brothers and sisters north of the border.

From Italy to Canada to Great Britain and everywhere in between, our brothers and sisters who live in these nations are extremely tired of their governments who support BushCo in their war crimes and crimes against humanity. PM Berlusconi of Italy recently paid the price for his support of BushCo's policies by being uninvited back to his position. I knew he was going to be defeated by just traveling around Italy and hearing and feeling the frustration and fear for their democracy that Berlusconi's neo-Fascist rule was destroying.

By many accounts, Stephen Harper was put in place as leader of Canada by the collapse of weak coalitions and scandals that led to this man now leading a minority government there. He is wildly unpopular from coast to coast up north and there is a growing sense of unease about his emulation of a very unpopular person in the USA but even more in Canada: George Bush.

Canadians have to be the healthiest looking and most polite citizenry that I have encountered in my travels. The British people that I have met are very polite but nowhere near the graciousness of Canadians. Canadians are truly civil, and they mean it. Canadians have been proud of their country's role of world peacekeeper and as the beacon of peace and hope and refuge for us Americans who feel that our country's aggressive militarism endangers us and harms our reputations and souls. Now Canadians need to wake up to the fact that their new minority, disliked government is leading them down this same slippery slope to the fascistic militarism of their immediate neighbors to the south.

The first day that I was in Canada, their defense minister, Gordon O'Connor, signed the extension of the NORAD Treaty with the Bush Regime without any debate or votes in Parliament. The citizenry was outraged in their courteous way. Not so coincidentally, Gordy just so happens to be a former defense industry lobbyist who has been using his position to promote the " Canada First" position which ultimately removes Canada, once and for all, from their world peace keeping role. With Canada's support of the Haitian Government's overthrow and support of BushCo's travesty in Afghanistan, Canada was already heading down this path of destruction.

Canadians are distressed that defense spending rose by 5.3 billions of dollars (roughly what the US spends for 2 weeks in Iraq) while the preschool budget is being cut and college tuition is rising. This increase in military spending coincidentally correlates with a push to recruit thousands of more soldiers who are still be told by the Canadian recruiters that their country only does peace keeping missions. This manipulation of facts and the exploitation of fear and false patriotism is being fueled by the Canadian media who seem to be turning, for the most part, into propaganda tools of their government a la our rightwing 4th estate.

However, with Canadian soldiers dying in combat, the citizens of the country are starting to question their Bush clone of a PM and his Bush-style cabinet. Recently, the PM said that if he sends troops into combat, he expects the people of the country to support them; which really only means that he expects the people to support him and his loose interpretation of the facts. Also, Bush One and Two style (with a brief Clinton break), the Canadian media is now banned from showing images of the flag draped coffins: Allegedly to not cause the families any more pain. But, as the mother of a soldier who came home that way, trust me, it causes far more pain to have your child KIA in a pointless war then it does to see the military honor guard treating our children with the care and respect not afforded to them by their own misleaders.

The recent polls in Canada show that the people there are starting to wake up by the truckloads with support for their administration's support of BushCo's war slipping 14 percentage points in two months! Canadians are seeing that the war in Afghanistan is not righteous and that when Canada sends troops there, it frees American troops to be illegally and immorally deployed to Iraq. Canada needs a Cindy Sheehan to go to the PM's residence and demand to know what noble cause her child died for, or is still fighting for.

Even more of a struggle right now to Canadian peace coalitions, besides Canada's seeming slumber, is that the government won't support war resisters who flee the American military because they don't want to go over to Iraq and kill innocent people or die for the war profiteers. So far, two soldiers have been denied asylum. I was told by members of a few of their political parties that the asylum is being denied for two reasons: first of all, because our soldiers are "volunteers" now and, secondly, because if our kids refuse to go to Iraq and go to prison instead: our prisons aren't that bad.

Well, like I have said and written about before, if our kids volunteered, then they should be free to "un-volunteer" if the mission of the organization changes. I have belonged to several volunteer organizations and when I disagree, or when I just feel like it, I leave: and I am not threatened with prison, or execution, which is an option for our children in times of war.

Most of our kids did not volunteer to go to Iraq to guard special contractors or kill innocent people to cushion the retirement of the CEO of Exxon. And, newsflash, our recruiters are still lying to our young people telling them that if they enlist they won't have to go to Iraq and other despicable lies. When the recruit signs on the dotted line, the contract becomes binding only on him/her: those kinds of unilateral contracts are not even legal.

Our young soldiers, if they are refugees fleeing an organization that does not reflect their values, should not have to go to prison, no matter what the conditions are. With Amnesty International saying that violations are rampant in "enemy" combatant detention centers, then why should Canada think that our soldiers are any better off in a place that they should not be in the first place.

Please, dear Canada, wake up before it is too late and you wake up in a country that you don't even know anymore. We here in America fell into an exhausted sleep of denial after Vietnam and we are reaping what was silently and deviously sown by the neocons who have been working for an overthrow of our government for over 30 years. If we didn't learn the lessons of Vietnam, we will never surely forget the lessons we learned at the feet of BushCo that have cost so many so much.

It's okay to copy our baseball and the huge hearts of the American people who never wanted to picture the country that we have become. But don't copy, or let your government be willing partners in crime with our public enemy number one: BushCo.

A Canadian minister was being grilled by their press after a press conference that I conducted with the Canadian War Resister's League and finally in frustration he blurted out: "We're not going to allow an American woman (me) to dictate our policies." And you know what, he's right, but with support rapidly dwindling for both wars (with Iraq never being popular with the people of Canada) and with support for Canada allowing asylum to our young men and women of conscience, it's time for their government to listen to its people. It's also time for our government to listen to us.

George and Steve and Tony and the rest of you war mongers: Get out of our way, we the people, want peace. We will have it.

http://brickburner.blogs.com/my_weblog/200...
Add Your Comments
LATEST COMMENTS ABOUT THIS ARTICLE
Listed below are the latest comments about this post.
These comments are submitted anonymously by website visitors.