Add an Event
Newswire
Calendar
Features
Home
Donate
From the Open-Publishing Calendar
From the Open-Publishing Newswire
Indybay Feature
Publish to Newswire
Add an Event
Related Categories: Peninsula | Animal Liberation
World Week for Animals in Labs at Stanford
by Animal Rights on the Farm (arfstanford [at] yahoo.com)
Saturday May 6th, 2006 4:52 PM
Students at Stanford University planned a full week of activities for World Week for Animals in Laboratories. We had three protests, a talk on "Why Progressives should care about animal rights," and an animal liberation exhibit on campus. 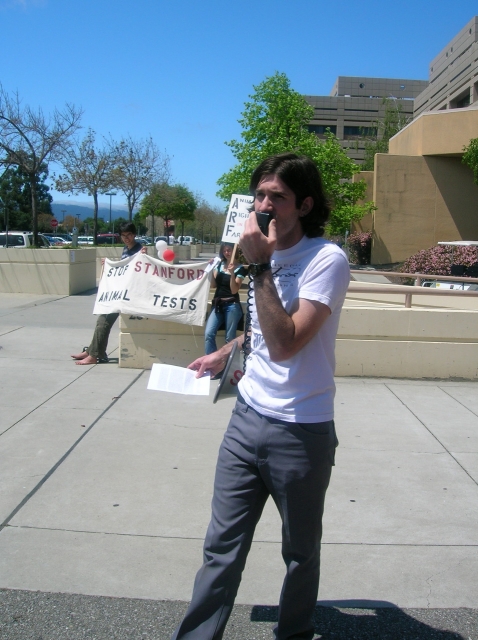 Stanford students have just completed a successful World Week for Animals in Laboratories. Stanford’s campus-wide animal rights group, Animal Rights on the Farm, and the law school group, Student Animal Legal Defense Fund, planned a series of events and protests for World Week, an annual event to highlight the suffering of animals used in research and testing. The students demands were modest: accountability for animal welfare violations, transparency of the procedures and animals used, shifting funds toward alternative models of research, and stopping some of the most gruesome experiments, such as the cocaine addiction studies on juvenile monkeys. ARF and SALDF have a new petition, urging the administration to implement some of these reforms. Please consider signing it. http://www.petitiononline.com/arf123/petition.html

From Monday, April 24 through Wednesday, April 26, People for the Ethical Treatment of Animals had an animal liberation exhibit on campus, documenting the common oppression of humans and animals. Suffering is unique, but pain knows no species.
On Monday, April 24, there was a protest against Stanford Animal Experiments on campus, demanding transparency, accountability, and a commitment to developing and funding alternatives to animal research. On Thursday, April 27, there was a protest at the Research Animal Facility on Stanford’s campus. On Friday, April 28th, Professor Steven Best of the University of Texas, El Paso, gave a speech on Animal Rights and the Left. Dr. Best examined the issues around oppression and exploitation and explained why progressives should care about animal rights. World Week ended on Saturday, April 29, with a final protest at the Research Animal Facility. Approximately 25 people attended, plus 5 dogs. The students at Stanford are looking forward to planning World Week for next year. 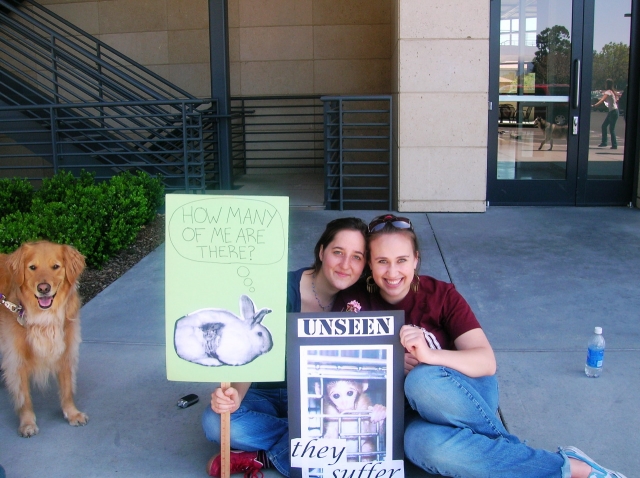 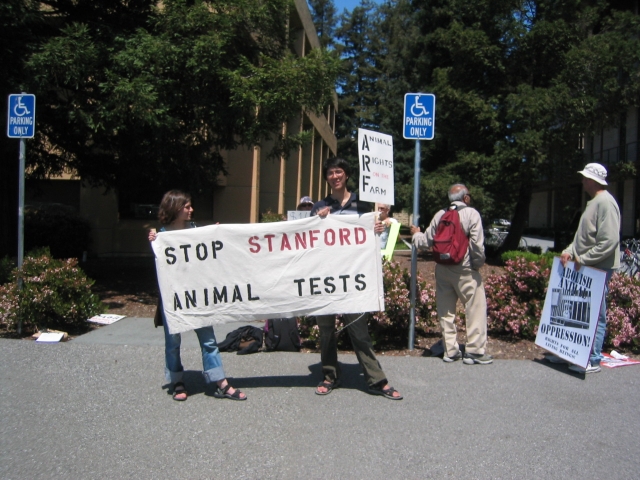 §Transparency, Accountability, and Alternatives NOW!
by Animal Rights on the Farm (arfstanford [at] yahoo.com) Saturday May 6th, 2006 4:52 PM 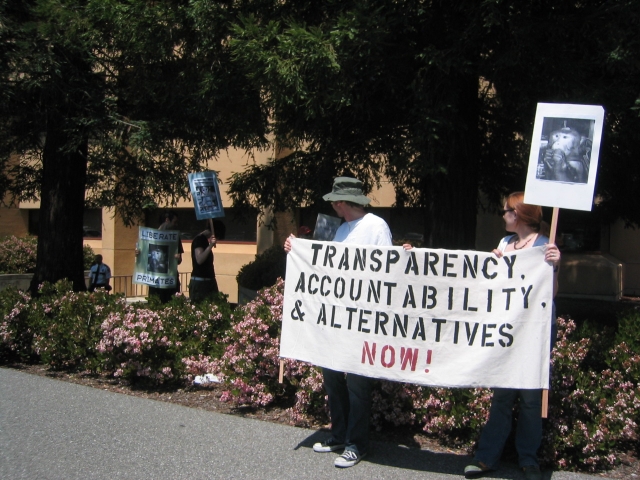