Newswire
Calendar
Features
Home
Donate
From the Open-Publishing Calendar
From the Open-Publishing Newswire
Indybay Feature
Publish to Newswire
Add an Event
Related Categories: South Bay | Immigrant Rights
Supporting Immigrant Rights at the Nativist Protest in Santa Clara
by ~Bradley (bradley [at] riseup.net)
Saturday May 6th, 2006 12:21 PM
On May 5th (Cinco de Mayo) several dozen flag waving americans lined a short stretch of Kiely Blvd in front of Central Park in Santa Clara. The american flag wavers were holding an, "anti-illegal immigrant protest calling for secure borders, decreased migration to the US and no amnesty for illegal immigrants." In response to the nationwide call for "anti-illegal immigrant protests" the Destroy the Border Coalition called for people to counter-demonstrate against the racist message of the rallies in Santa Clara and says, "the people who do the work in a community are entitled to live with dignity and without fear."

I arrived at the park at about 5:00pm and had a great conversation with a few girls who came across the rally on their way home from high school. They spoke against the racist nature of the rally and in favor of human rights for immigrants and all people. They also told me that a group of people called the Black Berets had just left the park. The Black Berets, a diverse group of people, were demonstrating for immigrant rights and against a nationalist element of racism known as "nativism." 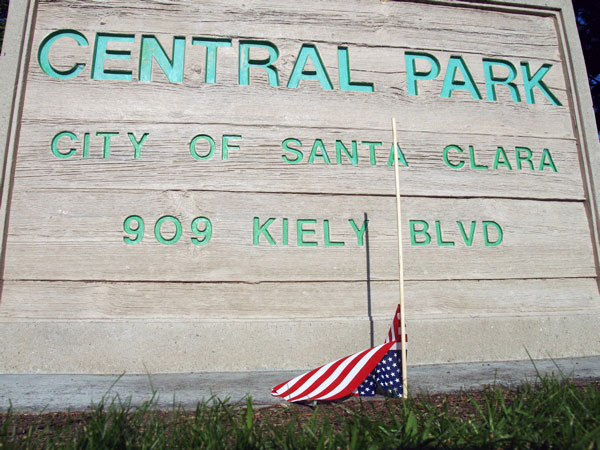 After speaking with the girls for a while, I headed over to flag wavers to check out their messages, including the american flag contact lenses worn by Santa Clara's "anti-illegal immigrant protest" organizer Roberta Allen.

Shortly there after, I got permission to use an american flag which was laying under a tree. My fellow freedom fighters became very upset with me as I stood next to them and flew my flag upside down to indicate our nation in distress. I was quickly approached by a women who held a cardboard sign in front of me and my flag. She was also using her flag pole to push my flag. A Santa Clara police officer told her not to touch my flag or she would go to jail. The cop stated that I had every right to my flag just as they had the right to fly theirs. This really upset the other flag wavers and they complained to the police officers that I should be removed.

More Santa Clara police officers quickly approached me and told me that I had to move about 100 feet. I told them I was not protesting the "anti-illegal immigrant protest" and that I was fighting for our freedom. The cops said that they, "were not here to debate me" and that I had to move further down the sidewalk. As instructed, I moved to the other side of a traffic light and continued to fly an upside flag.

Several people in cars demonstrated their appreciation of the upside down flag by giving me the thumbs-up, flashing peace signs and holding a sing out a passenger window which read, "We Are Not Criminals! Don't Judge Me. Judge Yourself First!"

A young mother also spoke out in support of her "undocumented" husband and human rights for all people.

Before leaving the demonstration, a young girl happily approached me with some fliers encouraging me to show on Sunday for another demonstration in support of immigrant rights.


deleteTheBorder.org
towards a global network of movements against borders
§Radio Freak Interviewing a High School Student
by ~Bradley (bradley [at] riseup.net) Saturday May 6th, 2006 12:21 PM 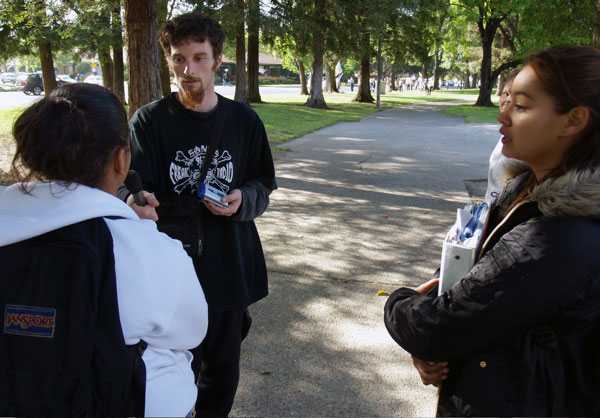 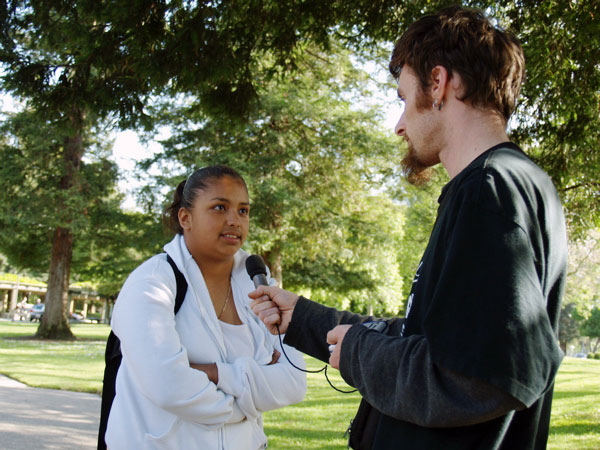 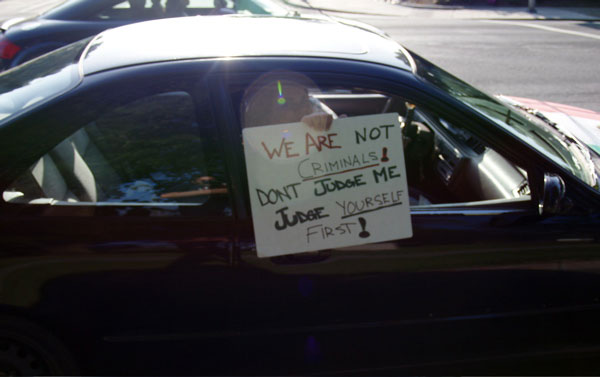 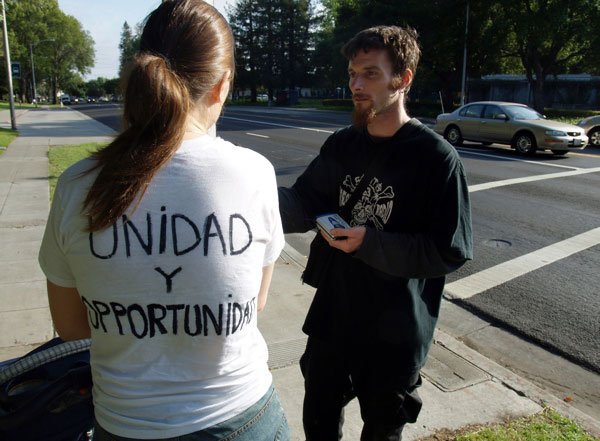 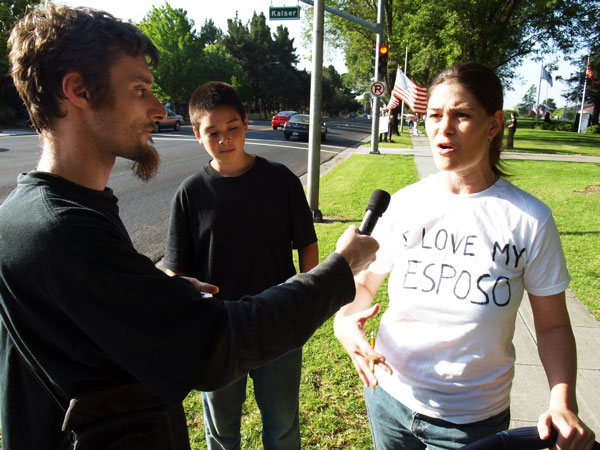 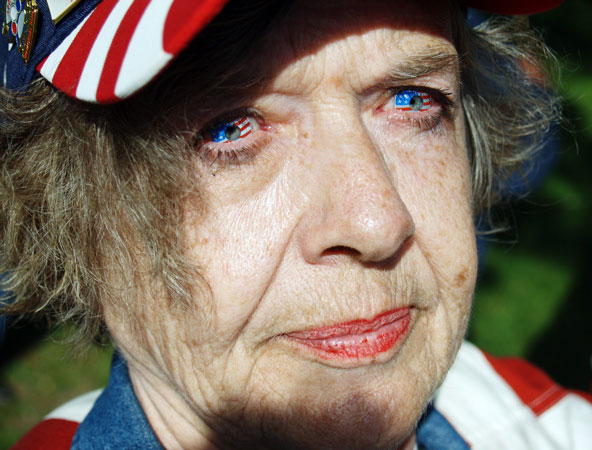