In it, she tells how the powers-that-be use tactics to distract, divide, and conquer the people-- but will ultimately fail because the truth will out. 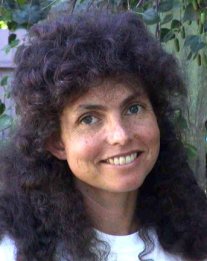 The case for impeachment grows daily, as more egregious, self-serving, war provoking, Presidential lies are revealed. Theologian, David Ray Griffin, has also shattered the credibility of the 9/11 Commission Report, exposing the lie at the foundation of the Bush regime.

Yet, the press attacks Congresswoman Cynthia McKinney, who bravely raised questions about 9-11, and who organized "The 9/11 Omission: What the Commission Got Wrong" panel at the Congressional Black Caucus Annual Legislative Conference. McKinney stars in Guerrilla News Network's award winning film, American Blackout, which questions the legitimacy of the 2000 and 2004 Presidential elections.

Congress fails to support McKinney, and attacks immigrant’s rights, causing the most vulnerable part of the population to organize resistance in defense of themselves, their families, their friends, and justice.

The tactics of fear, terror to confuse, divide, contain, and misdirect popular outrage are ancient. Emotional issues, like immigration, shaped by fears of job loss, overpopulation, racism, violent ‘imagined’ threats are a foil, to counter the direct evidence of lying to the public, admission of high crimes, and misdemeanors. In the game of chess, the best defense is an offence, and those who seek to maintain power choose to attack the most vulnerable, rather than focus their attention on the gravest threat to the country and world, the executive branch of government.

The leaks about impending nuclear attack on Iran, a bird-flu pandemic, are designed to terrorize people and distract them from the cornered rats, those capable of destroying the world, who will not willingly give up power. The situation makes me think of a game of chicken, with two vehicles careening towards one another, daring each other to get out of the way or face annihilation. Will the Bush cabal destroy the planet? Will the planet destroy the Bush regime? Will one survive the other?

Carol Cross, returning from Venezuela, told the story of Hugo Chavez, a victim of an attempted coup, orchestrated by the CIA in 2002. Chavez was kidnapped. The press, in the control of those behind the coup, said that Chavez had resigned. Throughout the country, newspapers, radios, televisions repeated that Chavez had resigned, and that is what the military was told. One soldier, who was supposed to be guarding Chavez, lent him a cell phone. Hugo called his wife and told her that he hadn’t resigned. She did not have the press to relay the news to the people of Venezuela, but through phone, word of mouth, text messaging, word got out. The people gathered, in huge numbers, they demanded the return of their President, their Constitution, their elected representatives, and they got them back. The coup failed.

We can learn from this story. Here, there has been a coup, a powerful faction, has stolen not one, but two Presidential elections, and has lied to the people, shredded our Constitution, committed treason, started multiple wars. The press has ignored the crimes.

There is no single woman to get the truth out to the country, but there are many women and men, working very hard to wake people up, and alert them to the truth. They are using every means of communication to break the spell of the Big Lies that have been repeated by the press. They are calling for impeachment; they seek to rein in a criminal government that has hijacked our country, and seeks to hijack the entire world.

Truth unites all of us, but hoaxes are used to distract, divide, and conquer. We need to discern the truths from the avalanche of deceptions. David Ray Griffin, speaking recently in the Bay Area to full houses and responsive audiences, suggested a non-violent, "anti-imperialist movement." The truth is our best tool, to bring all of us together, and to disarm those whose power is built upon a pyramid of lies.
http://www.communitycurrency.org/9-11.html#UP
Add Your Comments
LATEST COMMENTS ABOUT THIS ARTICLE
Listed below are the latest comments about this post.
These comments are submitted anonymously by website visitors.