Newswire
Calendar
Features
Home
Donate
From the Open-Publishing Calendar
From the Open-Publishing Newswire
Indybay Feature
Publish to Newswire
Add an Event
Related Categories: Santa Cruz Indymedia | Environment & Forest Defense
Critical Mass Bike Ride Rolls the Boardwalk
by ~Bradley (bradley [at] riseup.net)
Sunday Apr 30th, 2006 12:04 AM
On Friday, April 29th, a large mass of bikers and a young girl with a scooter, took to the streets of Santa Cruz to celebrate Critical Mass, the bike ride which takes place the last Friday of each month all around the world. 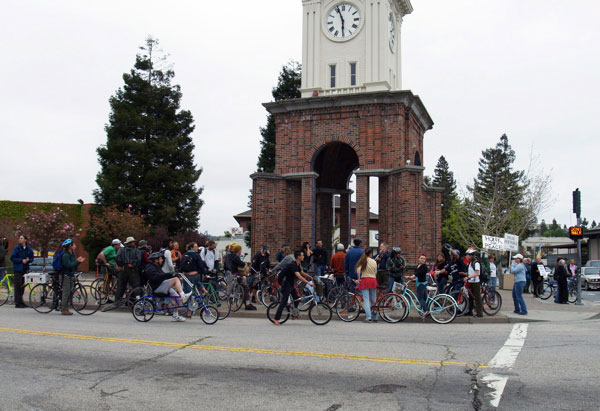 Critical massers gathered at the town clock at about 5:00pm. At about 5:45pm, people hit the road. But, the word came in that 15 more bikers were waiting at the town clock under the assumption the ride would start at 6:00pm. So the mass returned to town clock and we were a united mass. Our travels took us down Pacific Ave., up Laurel St., down Center and past the Santa Cruz Police Department, through the Arcade and Boardwalk and up River St. 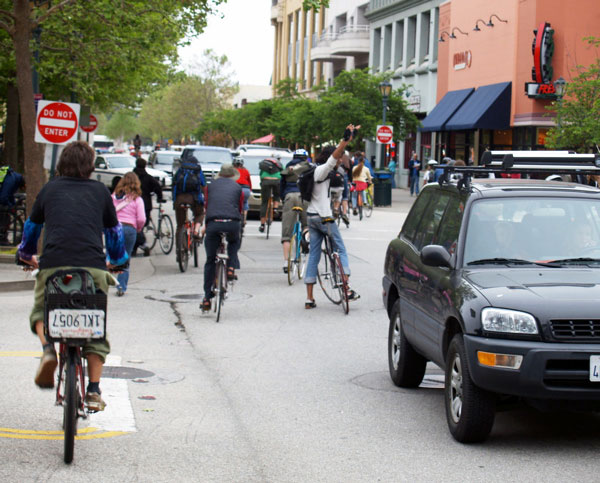 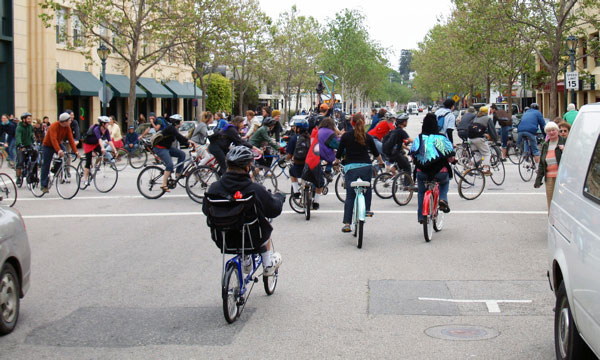 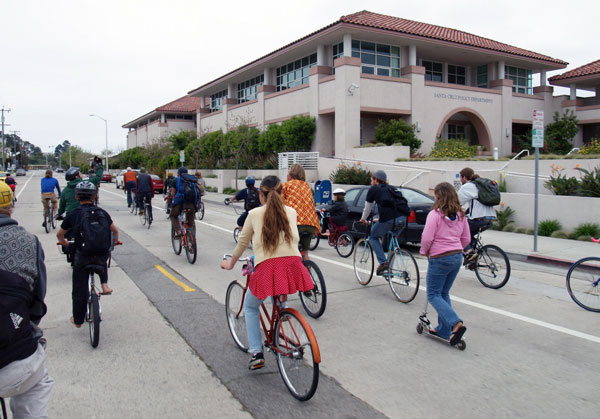 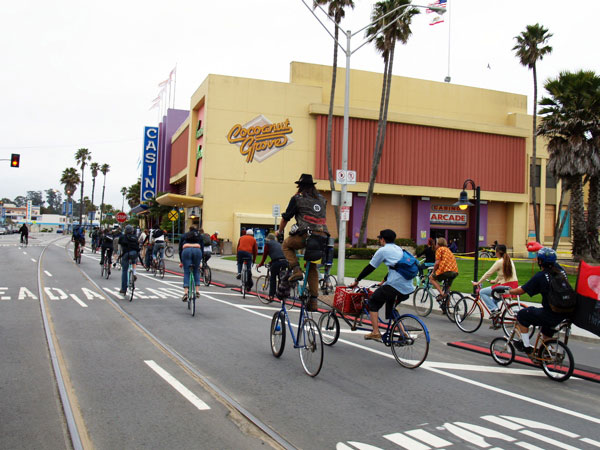 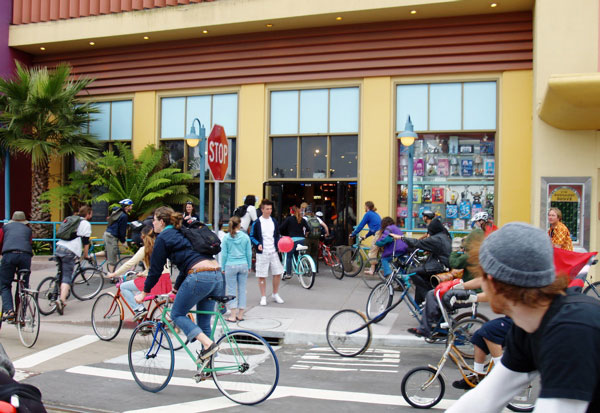 Critcal Mass adapted from a street ride to a carnival-style critical mass
§The Games Are So Real These Days!
by ~Bradley (bradley [at] riseup.net) Sunday Apr 30th, 2006 12:04 AM 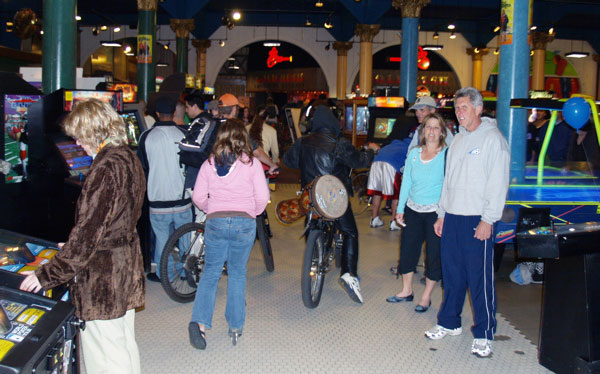 There were nothing but smiles inside the Arcade. I'm pretty sure most people were thinking, "Keep Santa Cruz Weird"
§Prize Center
by ~Bradley (bradley [at] riseup.net) Sunday Apr 30th, 2006 12:04 AM 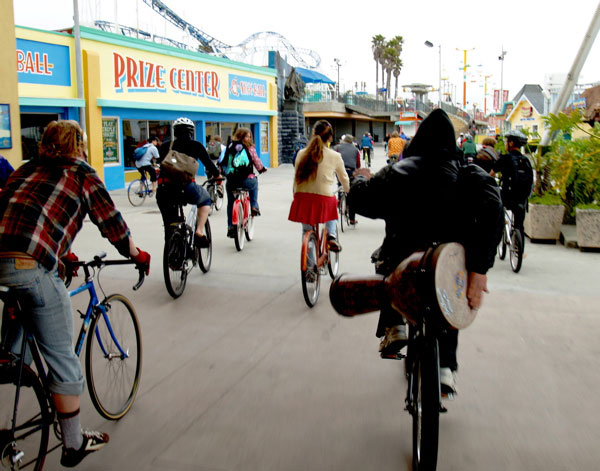 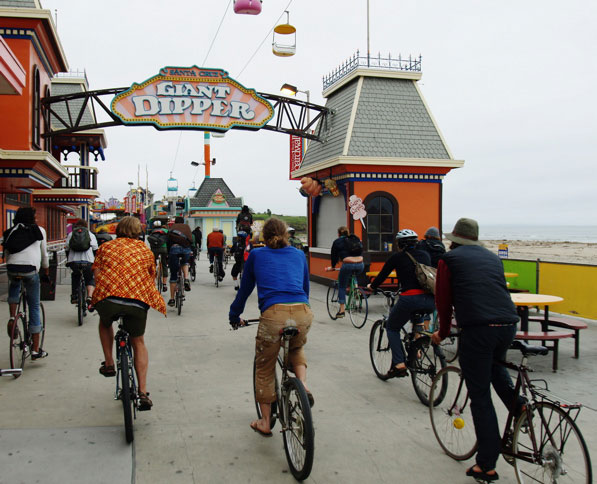 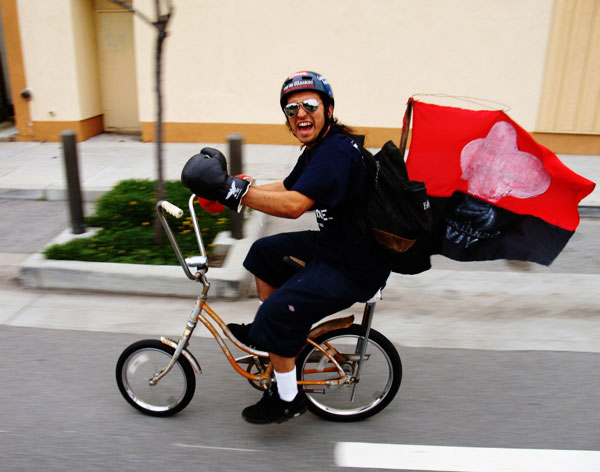 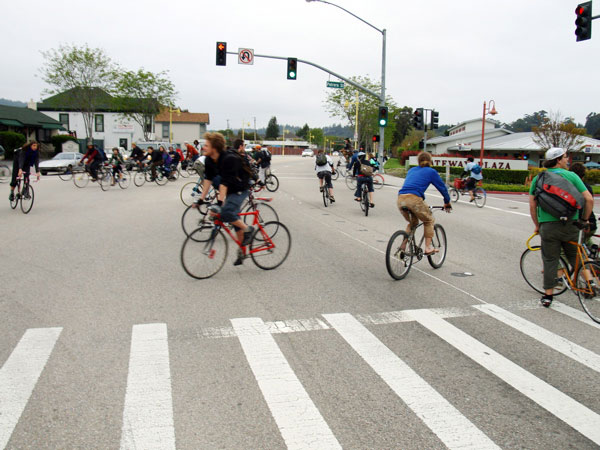 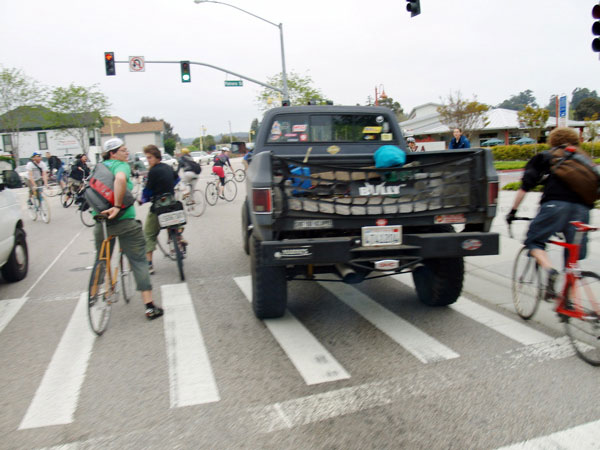 This guy was not happy to see Critical Mass. He revved his engine very loud, which caused one person to drop his bicycle. The guy in the truck then hit the gas, ran over a bicycle and almost crushed a few people!
§Bully
by ~Bradley (bradley [at] riseup.net) Sunday Apr 30th, 2006 12:04 AM 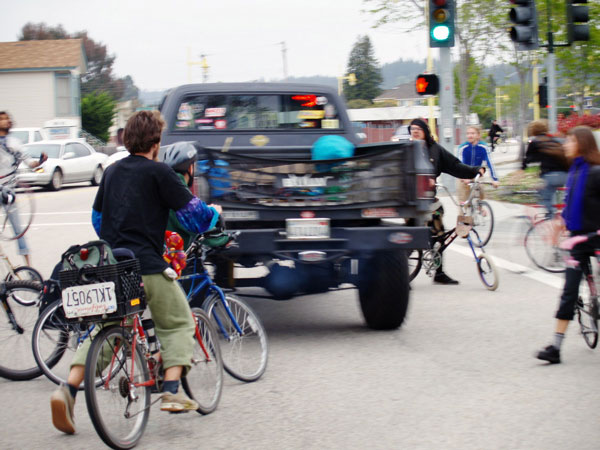 The brand name on the net on the back of his truck was "Bully." The truck had stickers for the Marines and a Santa Cruz logo over an american flag.
§Broken Bike
by ~Bradley (bradley [at] riseup.net) Sunday Apr 30th, 2006 12:04 AM 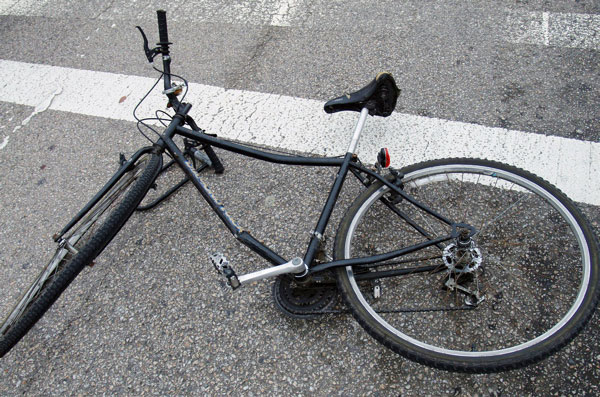 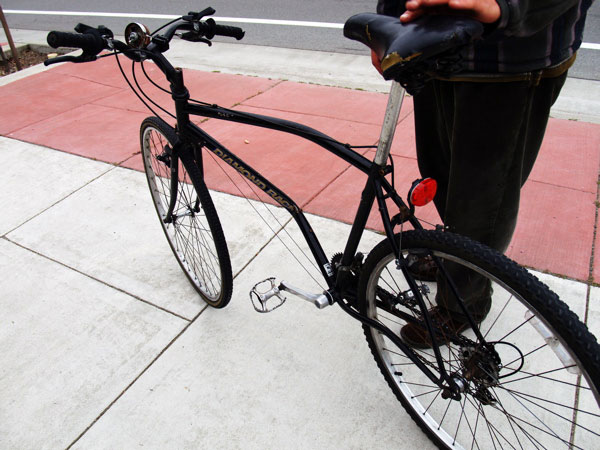 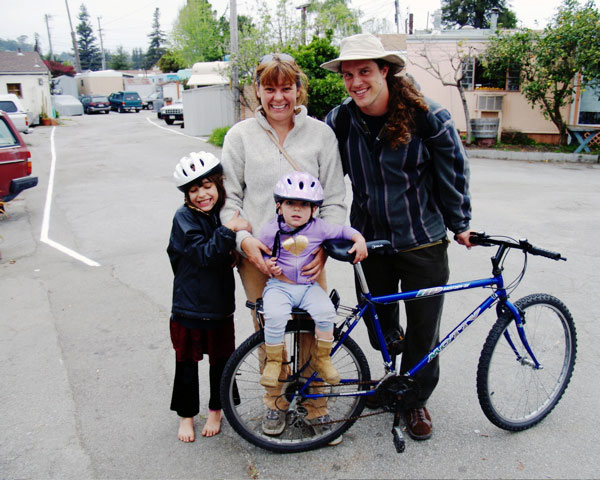 After being nearly run over and having his bicycle crushed, this biker was happy to recieve a gift of a replacement bicycle from a family living nearby.
Add Your Comments
LATEST COMMENTS ABOUT THIS ARTICLE
Listed below are the latest comments about this post.
These comments are submitted anonymously by website visitors.