Add an Event
Newswire
Calendar
Features
Home
Donate
From the Open-Publishing Calendar
From the Open-Publishing Newswire
Indybay Feature
Publish to Newswire
Add an Event
Related Categories: East Bay | Santa Cruz Indymedia | Education & Student Activism | Global Justice & Anti-Capitalism
United Students Against Sweatshops Sit In
by lily foster
Wednesday Apr 12th, 2006 1:07 AM
Crowd of 200 gather at UCB to support a" sweat-free UC". Condeming the University's use of sweat shop labor in the production of collegiate apparel, and promoting United Students Against Sweatshops' (USAS) designated supplier program (DSP), students staged a "Naked Truth" rally and sit in that resulted in 18 arrests and more verbal volley from University administration
In response to the University of California's continued refusal to sign the designated suppliers program proposed by national grassroots organization United Students Against Sweatshops, some 200 odd students gathered today in Berkeley, California to bare their bodies and raise their voices against the University's existing Code of Conduct. Dissatisfied with a monitoring system that includes corporate board members as its decision makers (see recent allegations brought against FLA http://www.flawatch.org/about.htm) students rallied to publicize their discontent with "business as usual" and push for the adoption of USAS driven Designated Supplier's Program.

According to UCSC organizer Sarah Bloomberg, "it was a powerful day" because students came out in numbers to support an 'innovative and efficient' solution to the complicated problem of worker exploitation.

Students were disturbed that their legal observer, a member of the National Lawyer's Guild, was removed by police at the beginning of the sit in while the University's legal advisor was allowed to stay on for the duration of the event. The sit in ended in 18 arrests for "trespassing and refusing to leave" after aproximately 2 and a half hours of proposals and demands.

While the afternoon ended in a draw, participants are confident that the demonstration raised UC administration's awareness of student concern and comprehension of the issues. Instead of simply bemoaning the status quo as many student organizations due, USAS organizers are proposing an alternative to the existing Code of Conduct.

USAS organizing efforts are aimed at getting University administration to sign on their support of the DSP, afterwhich negotiations on DSP specifics could occur. The University is citing procedural complications and concern over "fair purchasing" protocol as the main blockages to signing. 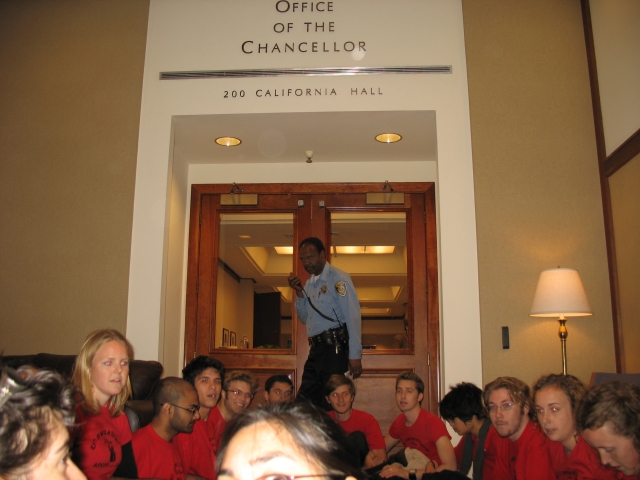 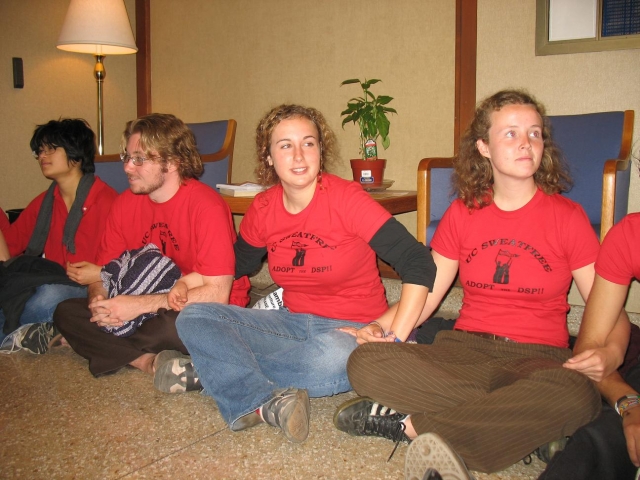 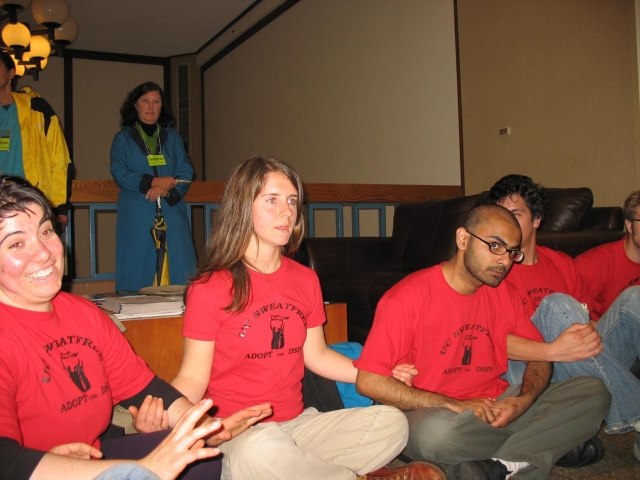 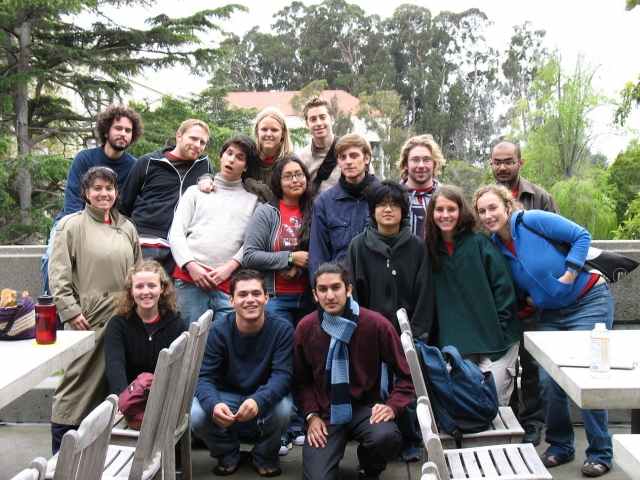