Add an Event
Newswire
Calendar
Features
Home
Donate
From the Open-Publishing Calendar
From the Open-Publishing Newswire
Indybay Feature
Publish to Newswire
Add an Event
Related Categories: East Bay | Immigrant Rights
Thousands Join Oakland March for Immigrant Justice
by Jeff Paterson, Not in Our Name (jeff [at] paterson.net)
Monday Apr 10th, 2006 4:48 PM
Oakland, California (April 10, 2006) – Nearly five thousand people marched and rallied this morning in Oakland for immigrant rights. What began as a relatively small group at 100th avenue this morning, swelled to thousands as clusters of immigrant workers, families, youth, and supporters awaited the march all along International Boulevard. The eight mile march ended with a rally outside the Oakland Federal Building. This was only one of hundreds of actions today being held under the “National Day of Action for Immigrant Justice” banner (http://www.april10.org). 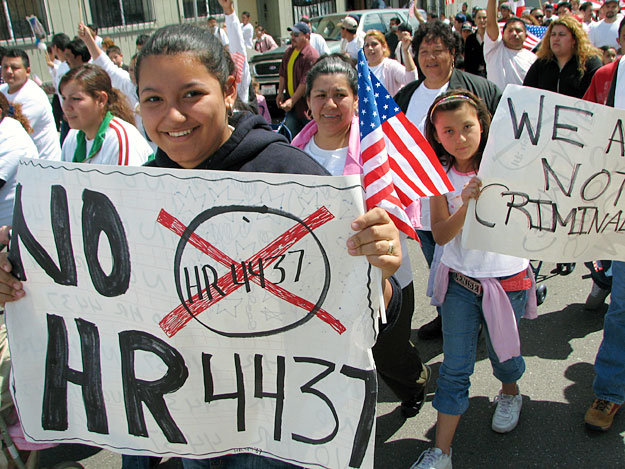 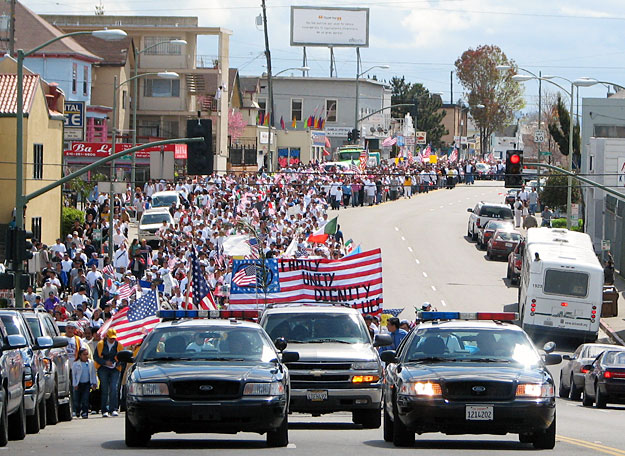 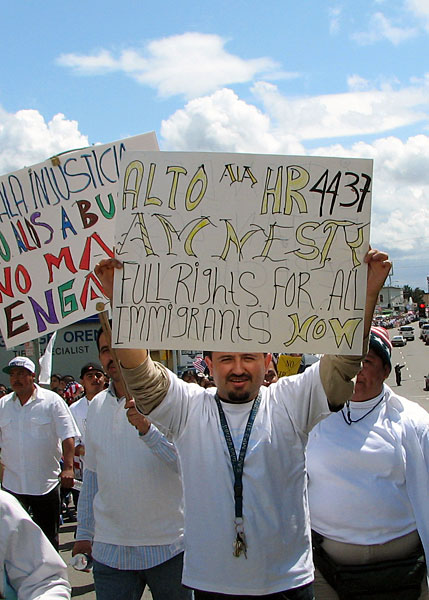 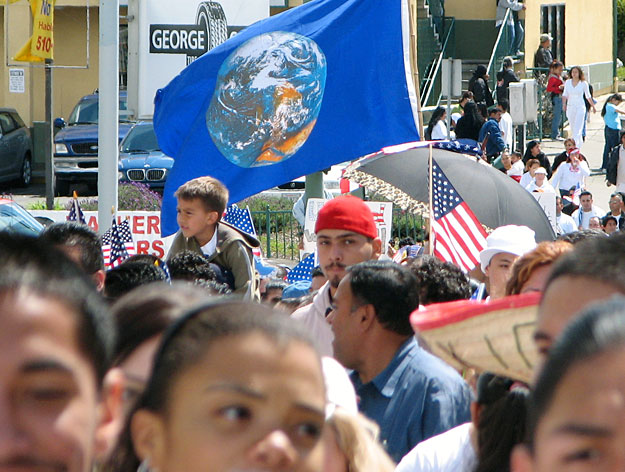 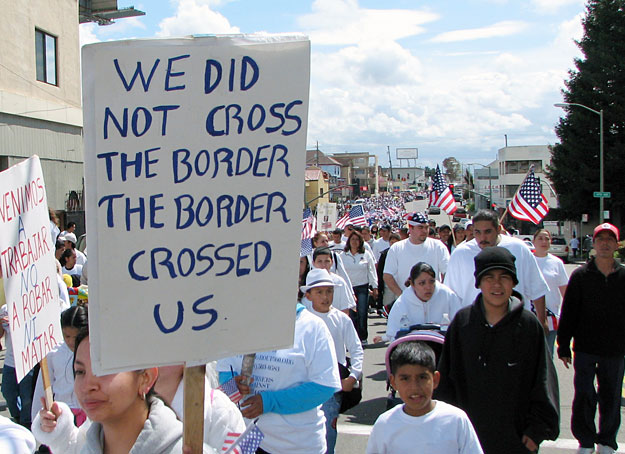 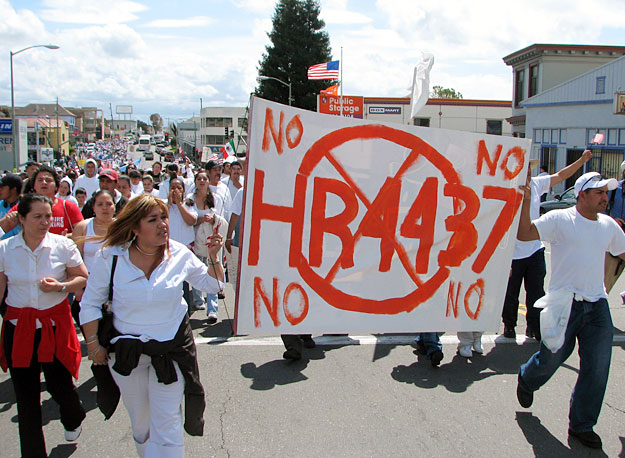 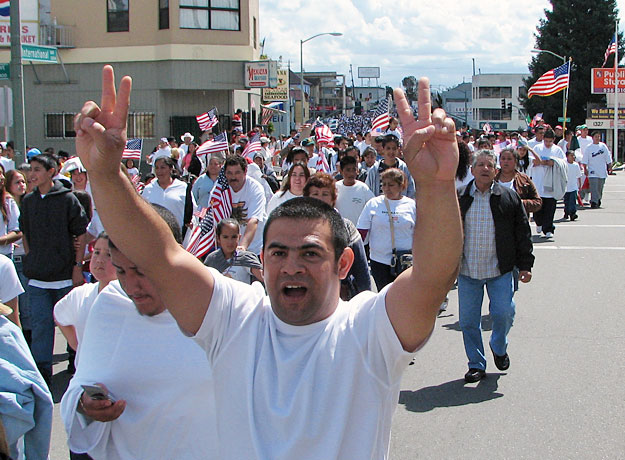 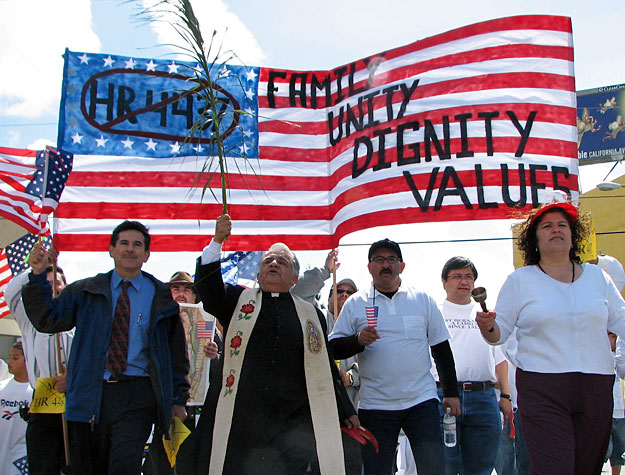 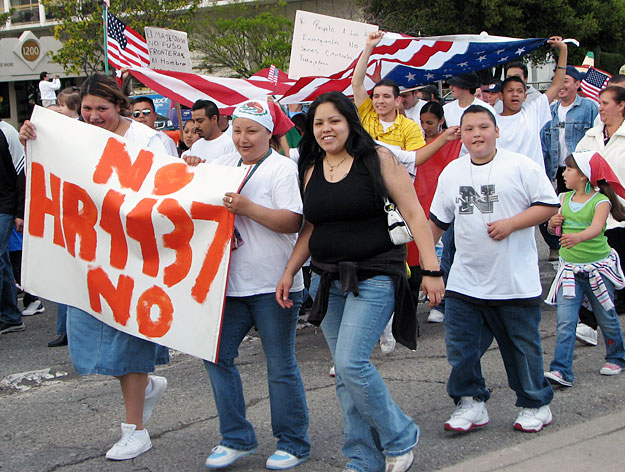 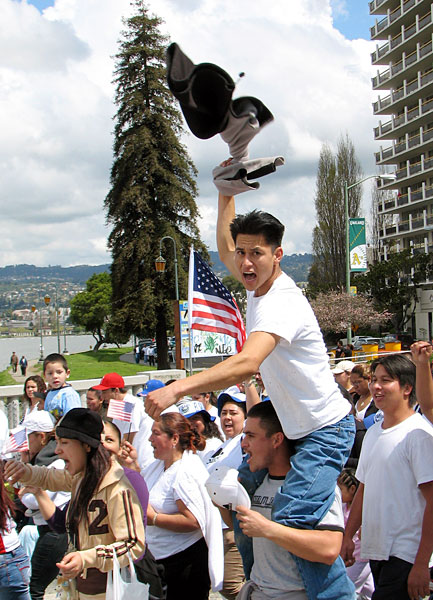 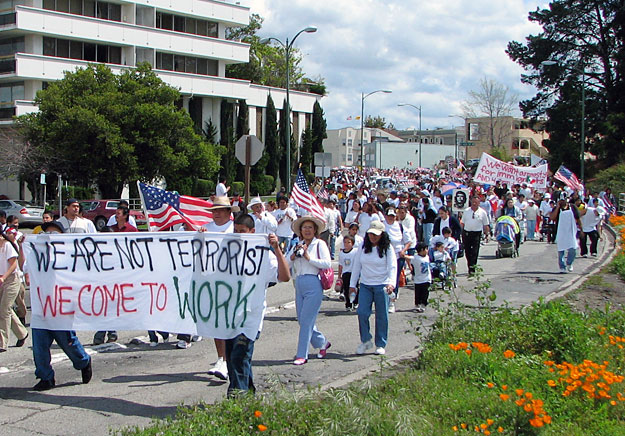 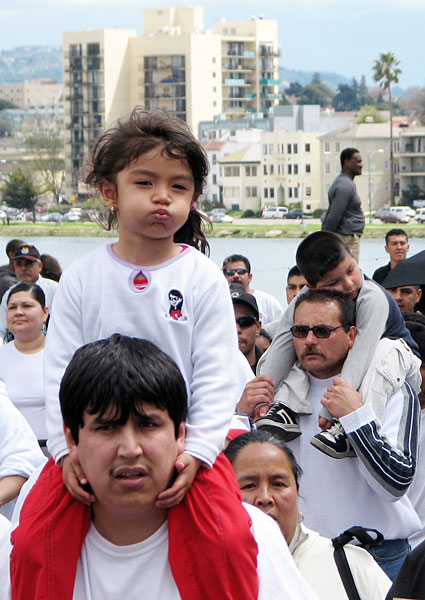 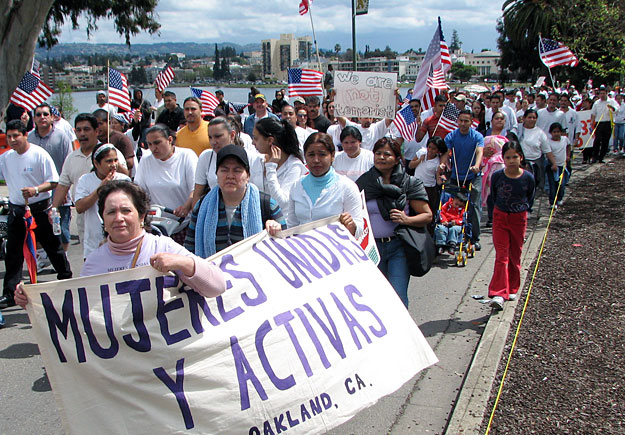 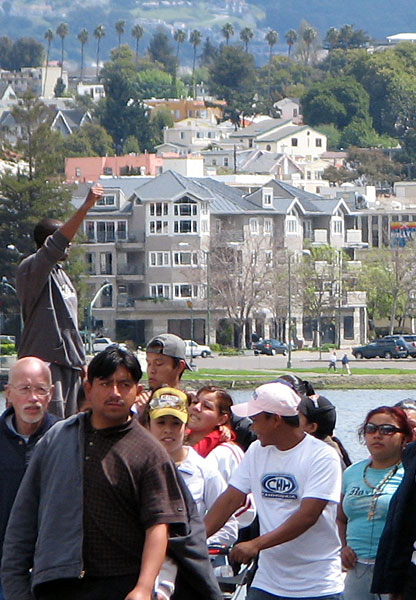 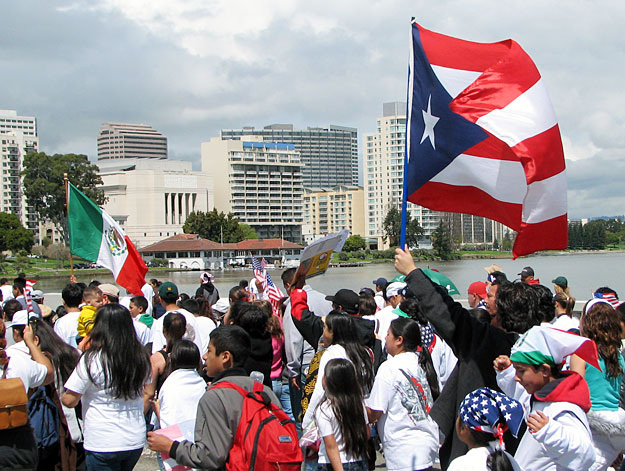 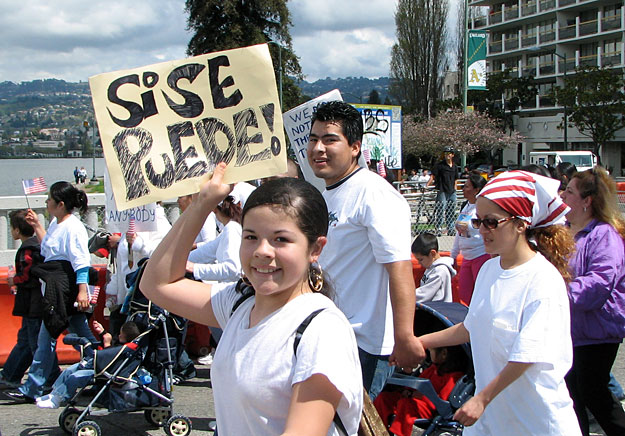 http://www.notinourname.net
Add Your Comments
LATEST COMMENTS ABOUT THIS ARTICLE
Listed below are the latest comments about this post.
These comments are submitted anonymously by website visitors.