In anticipation of the walkout, both Pajaro Valley High and Watsonville High decided to close their school doors in an effort to keep students safe. 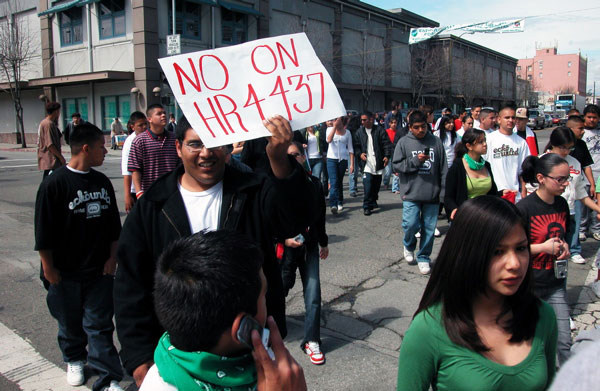 The following three audio mp3s were recorded on Friday, March 31st. The first mp3 is from the rally in the Watsonville Plaza and starts off in mid-sentence of Tomas of the Watsonville Brown Berets. (52 minutes / 17.8 MB).


Middle schools in the Pajaro Valley School District (PVUSD) provided in-school activities to speak out against HR 4437, such as a Cesar Chavez Free Speech Rally at Lake View Middle School where students voiced their concerns to fellow students and wrote letters to government representatives. In a bilingual letter sent home with students (except PVHS and WHS) on Thursday, March 30th, PVUSD administrators tried to convince students, and their parents, that staying in school and writing letters to representatives is a more effective way of making student voices heard than walking out of class.

Despite efforts to keep middle school students in school on Friday, many middle schoolers spent their Friday morning rallying in Watsonville Plaza and marching to St. Patricks Church and then back to the plaza.
§Police Helicopter Flying Over the March
by ~Bradley (bradley [at] riseup.net) Friday Apr 7th, 2006 1:51 PM 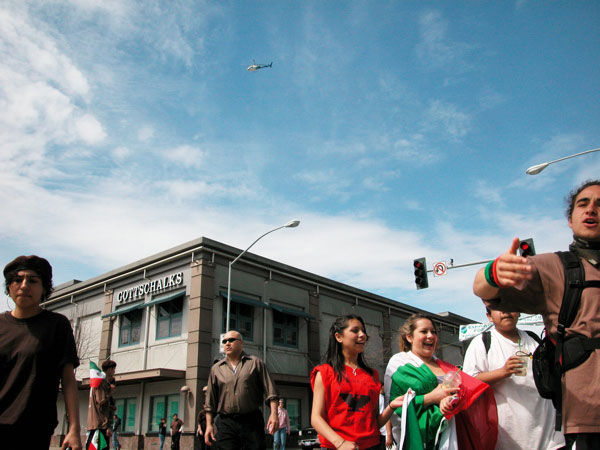 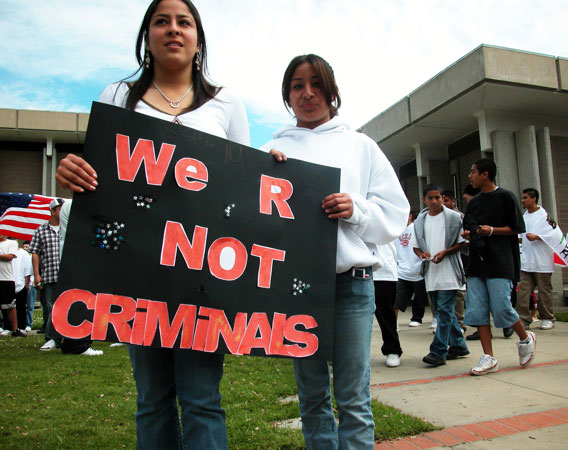 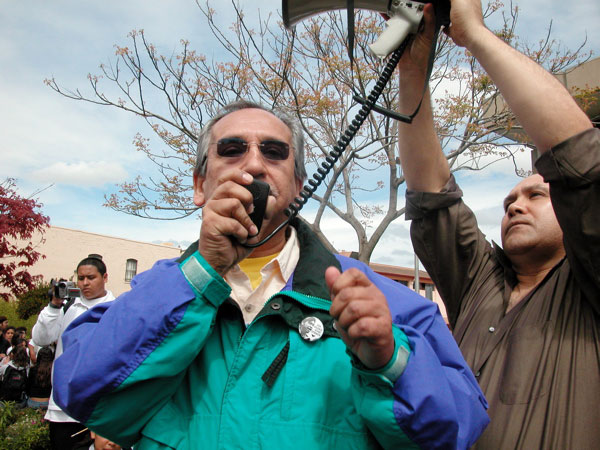 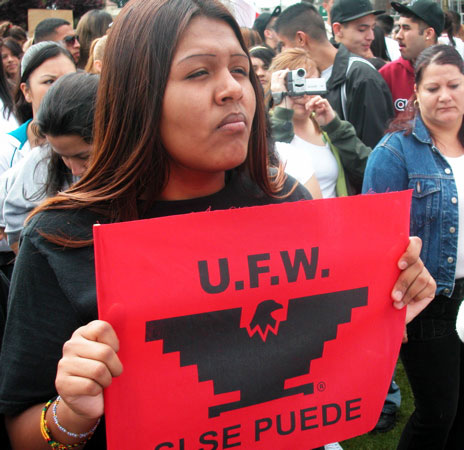 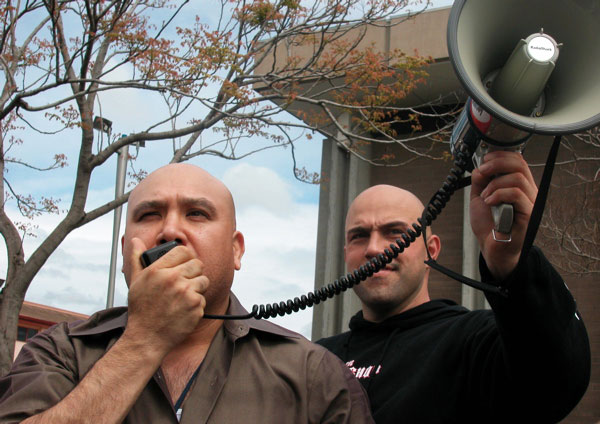 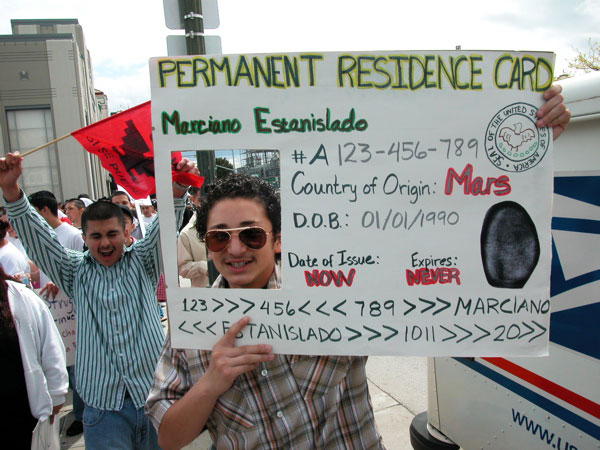 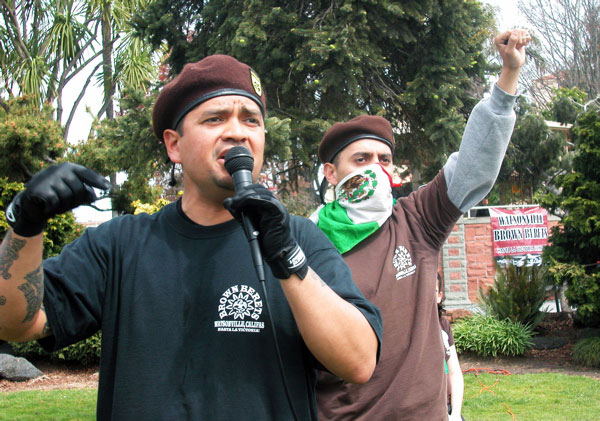 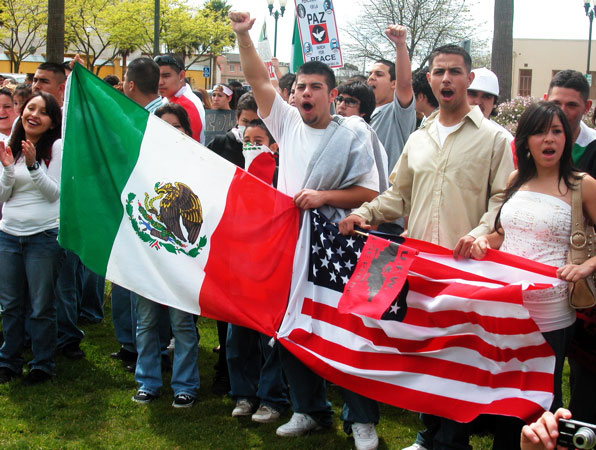 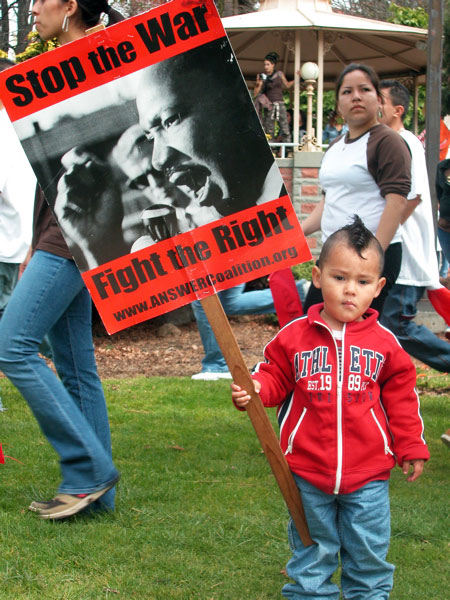 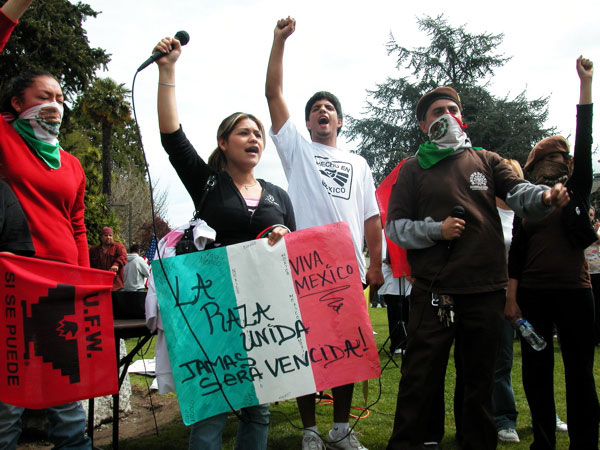 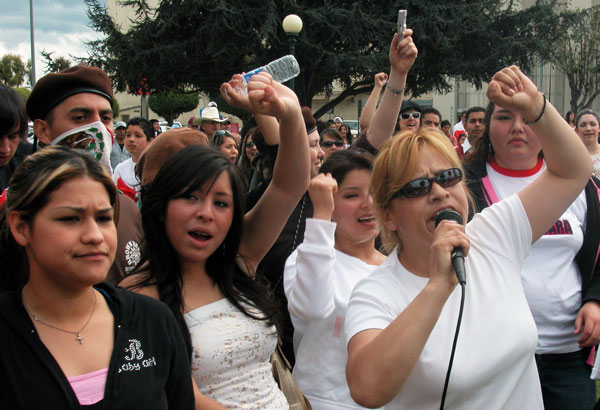 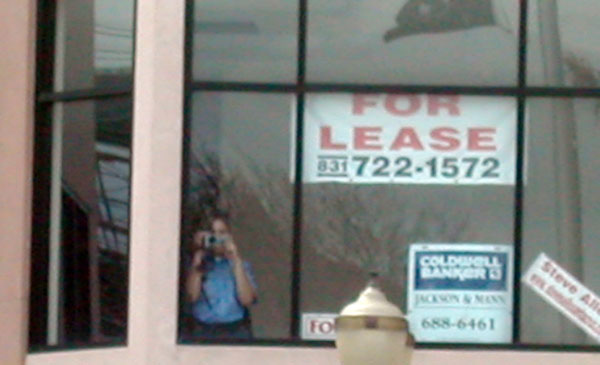 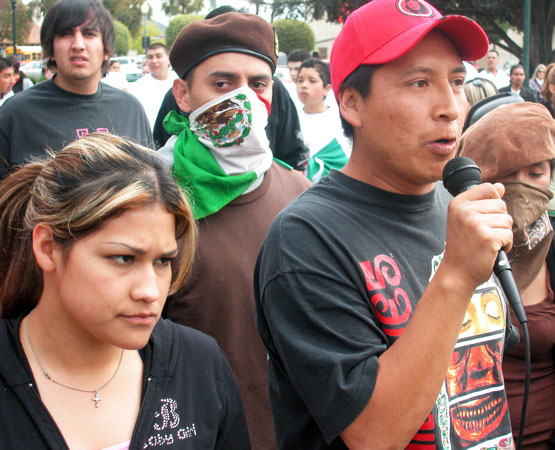 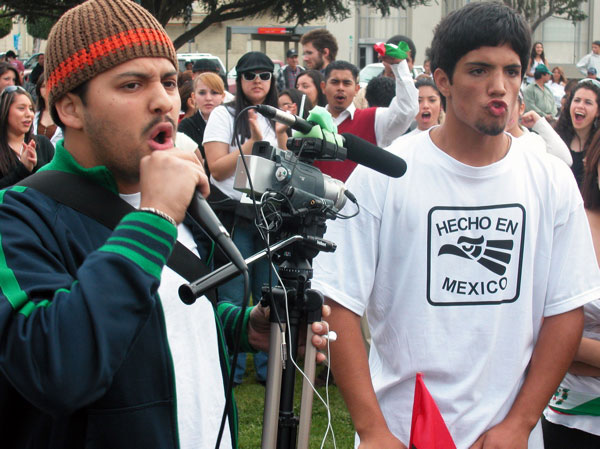 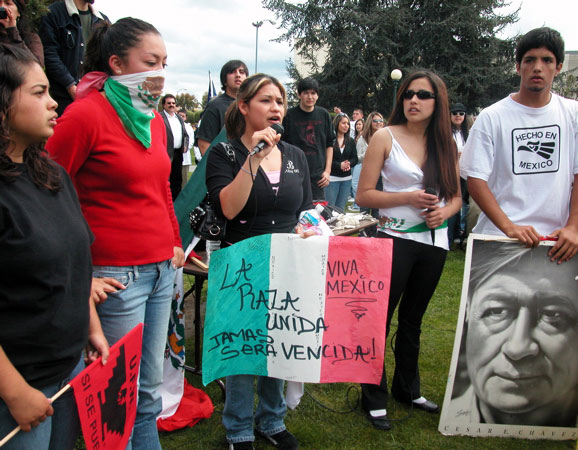 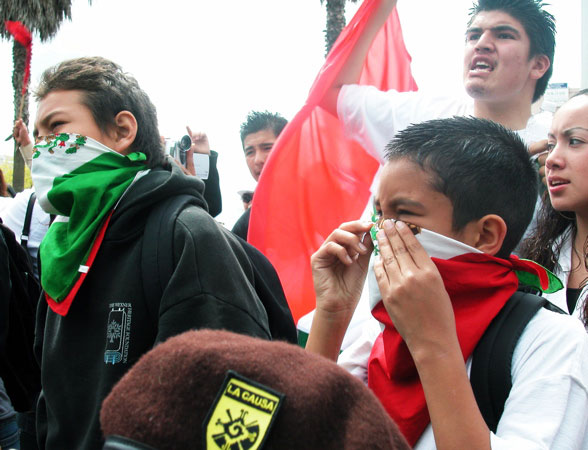 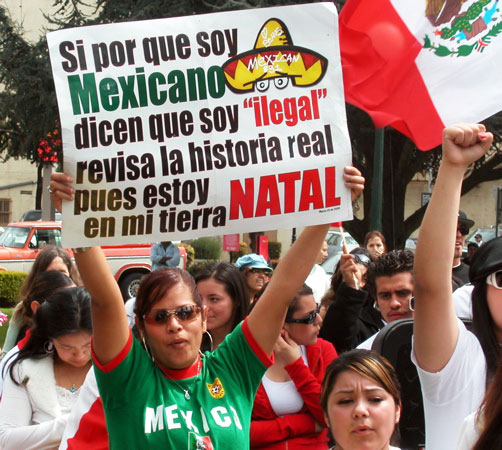 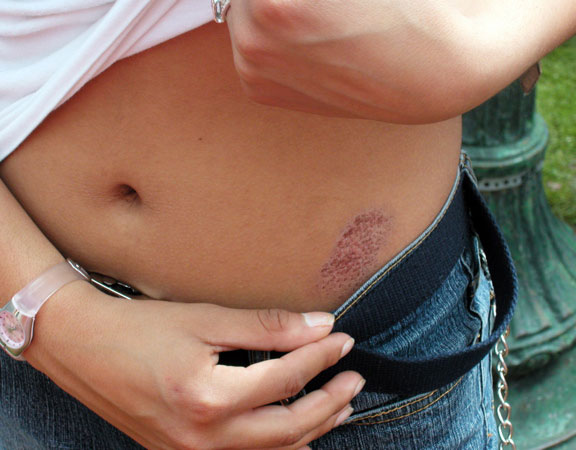 This young student was hit by a police baton on Monday, March 27th while she was protesting against HR 4437.
§Justice For Migrants
by ~Bradley (bradley [at] riseup.net) Friday Apr 7th, 2006 1:51 PM 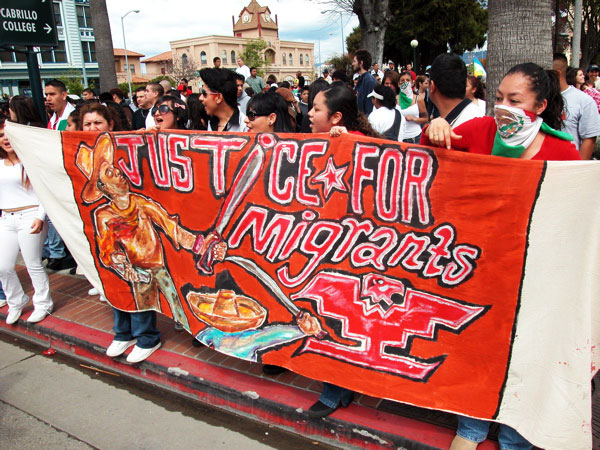