After the walkout and march, I went over to Santa Cruz High and spoke to a small group of students. Ricky, a student at Santa Cruz Community and Edwin, a student at Santa Cruz High, discussed what happened and some of their motivations for marching. (6:58 minutes)
Listen now:
Copy the code below to embed this audio into a web page:
Download Audio (2.4MB) | Embed Audio
The march united people who otherwise do not associate, including rival gangs. Students say they are frustrated and angry over HR4337, a bill they learned about only a week ago, which will have drastic effects on them as well as their family and friends.

They marched for what they want and what they believe in; their family, friends and justice for their people.

Some of the students that marched are facing consequences from the such as detention, suspension or perhaps even explusion. As far as I know, nothing has been decided. The school adminstrations are closed as I type and publish this article.


* I learned about the demonstration from darwin's report and commentary on the sc-imc newswire: 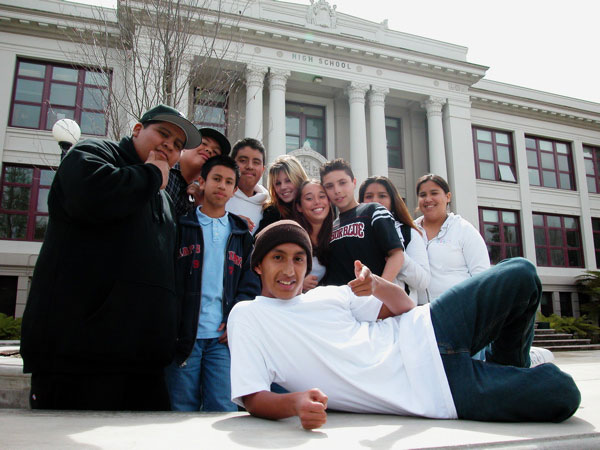 The students in the photo above include Megan, Adan, Edwin, Edgar, Martin, Ricky and Gerado
Add Your Comments
Support Independent Media
We are 100% volunteer and depend on your participation to sustain our efforts!