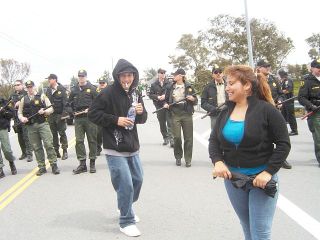 Watsonville High students walked out again today for the second time during our break time. A student posted a bulletin on a site which expressed their thoughts of the walk out and were very hurtful and expressed in an "angry" way [anti-immigrant]. Someone decided to print it and post around school which infurried student of immigrant desent. By this incident, many students were mad including myself which made us want to stop this and make a point. What that point is, im sure we not all agree but yet we all walked out for the same reason to make a statement about immigration. I dont regret walking out. After going to youth group tonight at my church i was pretty much "attacked" of why i shouldnt of done that. Yet, i feel like it was right. We [students] didnt mean to cause "violence" or "public disturbance" but yet of course there were a few break outs here and there that were made big deals of which trust me if you went to high school they would be NOTHING. [fact: i attended Tracy High School last year so its not just Watsonville High!!!]
Anyways, cops got aggressive and so did some students.
The point is the walk out, it meant something, or at least to me it did.
Walking out does say alot though because you actually get to have a visual of all those who do oppose of it. 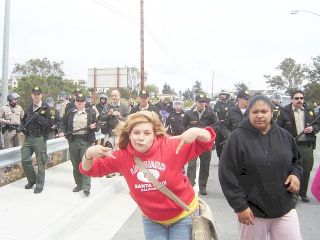 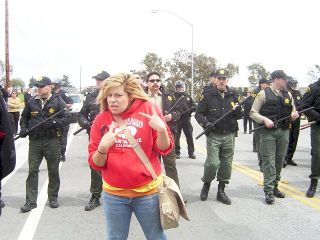 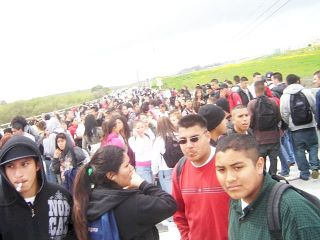 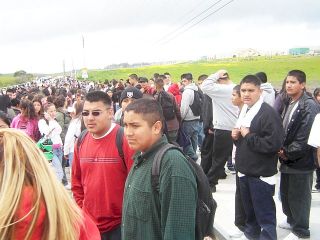 §felix senior at whs asking questions about why being stopped.
by Soraya Hernandez (kiwilicious831 [at] hotmail.com) Tuesday Mar 28th, 2006 10:25 PM 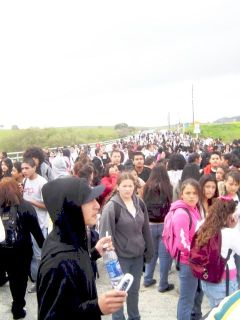 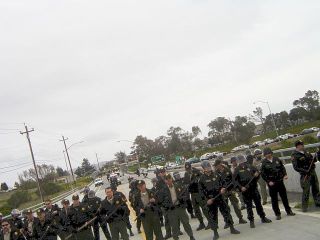 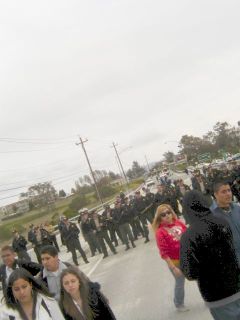 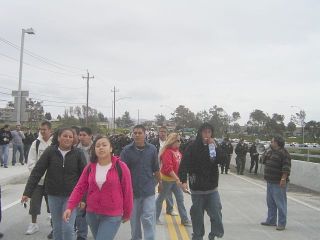 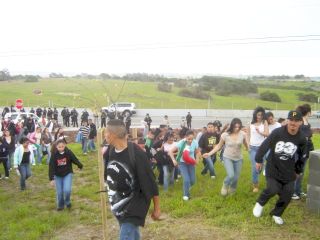 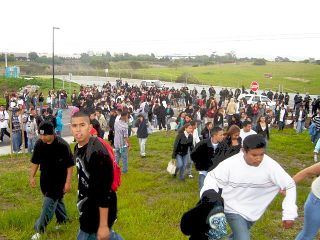 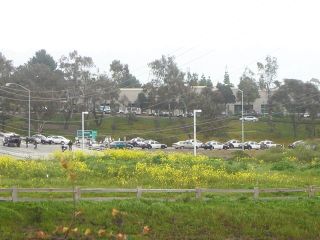 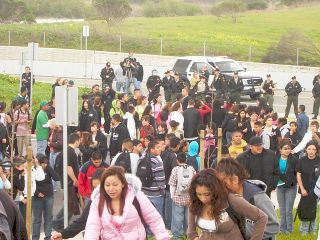 §soraya and danny from whs choose not to move and just stay there in a peaceful matter
by Soraya Hernandez (kiwilicious831 [at] hotmail.com) Tuesday Mar 28th, 2006 10:25 PM 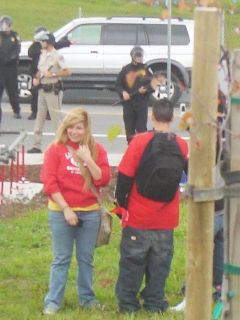 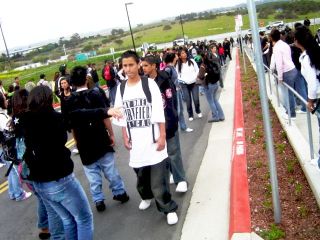 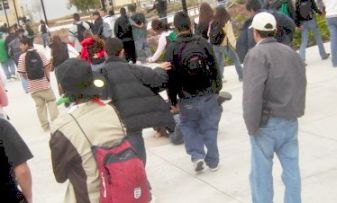 this certain student fell trying to get away. And if anyone tried to pick them up you would pretty much just get hit by the buh-tons! and man, did they hurt. [i got hit.]
§bus ride
by Soraya Hernandez (kiwilicious831 [at] hotmail.com) Tuesday Mar 28th, 2006 10:25 PM 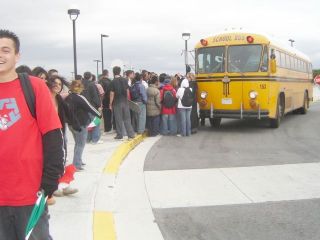 in the end most of us had enough and were scared so we all jammed in the bus and tried to leave as fast as possible. but of course that NOT said in the newss..... maybe 'coz the camera/news reporter was chit-chatting with the cops. pff.
Add Your Comments
LATEST COMMENTS ABOUT THIS ARTICLE
Listed below are the latest comments about this post.
These comments are submitted anonymously by website visitors.