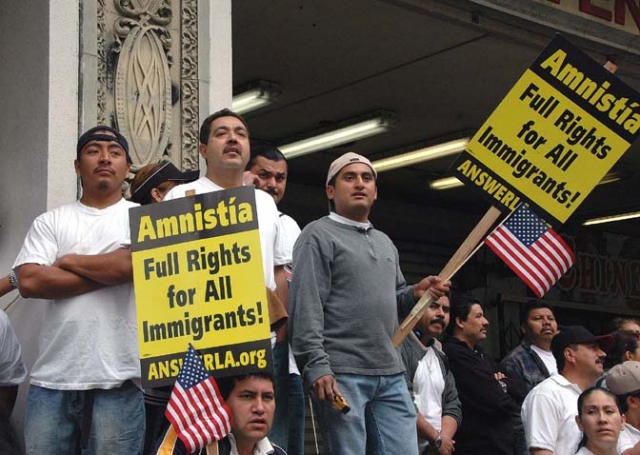 Today in downtown Los Angeles, over 1 million people demonstrated in support of immigrant rights. This was the largest demonstration in the history of California. March organizers announced from the stage that the crowd was over 1 million. Univision and other Spanish-language television reported that up to 2 million people marched. The Los Angeles Times, reflecting police estimates, gave the march 500,000 - police estimates have been trying to minimize pro-immigrant rights demonstration for the last few weeks.

Today's demonstration was the largest of many immigrant rights demonstrations that have taken place this month. It is an uprising from the people against the reactionary Sensenbrenner Bill that passed in the House of Representatives. The bill criminalizes immigrants and those who support them. The demonstrations began with 50,000 in Washington DC on March 7, 500,000 in Chicago on March 10 (the largest demonstration ever in Chicago history), and tens of thousands more in the last week in Milwaukee, Phoenix, Atlanta and other cities. In build up for today's demonstrations, thousands of high school students walked out of class and marched yesterday in Los Angeles. Yesterday in Georgia, tens of thousands of immigrant workers refused to show up at their jobs in a work stoppage protesting regressive legislation passed by the Georgia State Legislature. These demonstrations reflect a tremendous upsurge in the immigrant community.
The rally was co-chaired by Juan José Gutiérrez, Director of Latino Movement USA, a member of the A.N.S.W.E.R. LA Steering Committee; Javier Rodríguez, a noted immigrant rights activist; and Jesse Díaz, a UC-Riverside professor who helped initiate the march. Speakers included Raúl Murillo and Gloria Saucedo of Hermandad Mexicana Nacional; Arturo Rodríguez, President of the United Farm Workers; Korean and Haitian community leaders; and Gloria La Riva and Preston Wood of the A.N.S.W.E.R. Coalition.

At the rally, Juan José Gutiérrez, Director of Latino Movement USA, said, "We are people of dignity and we demand respect. This is the beginning of a movement that is going to call for a national work stoppage."

Gloria La Riva of the A.N.S.W.E.R. Coalition said, "The racist politicians thought they could step on us with their racist legislation but they have awakened the immigrant giant and they will feel our strength when we stop work."

Preston Wood of A.N.S.W.E.R. LA said, "U.S. corporations are robbing Mexico of its resources and forcing people to come as immigrants for their survival. U.S. Out of Iraq! Justice for all workers!"
Critical to the turnout was the mobilization night and day for over a week of famous Latino radio announcers from every Spanish-language station, including Piolín el Cucuy. The organizers announced a national meeting on April 8 in Dallas, Texas of all the Latino immigrant rights leaders in the country to strategize for a national work stoppage in late May under the banner "A Day Without An Immigrant."

The A.N.S.W.E.R. Coalition believes that the struggle for immigrant rights, workers' rights and the fight against racism at home must be part and parcel of the struggle against war and imperialism. In the coming days and weeks, A.N.S.W.E.R. organizers, volunteers and activists will continue to participate in all levels of the mass movement in defense of immigrant rights and the defeat of the Sensenbrenner Bill. To learn how you can join with other A.N.S.W.E.R. Coalition organizers and volunteers, email us at info [at] internationalanswer.org. 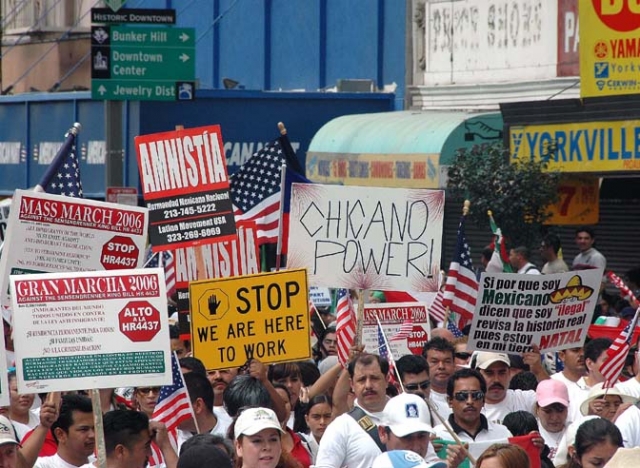 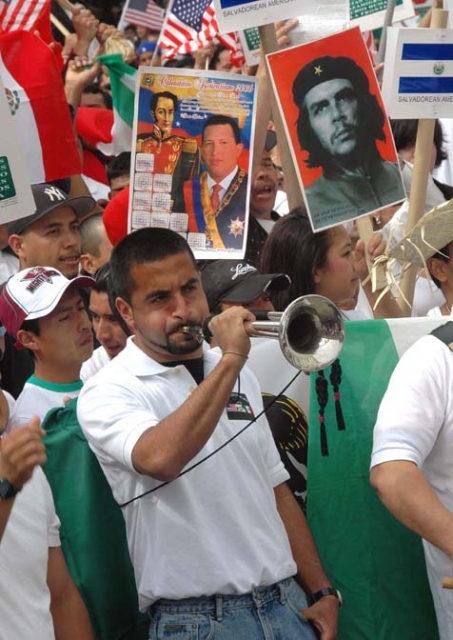 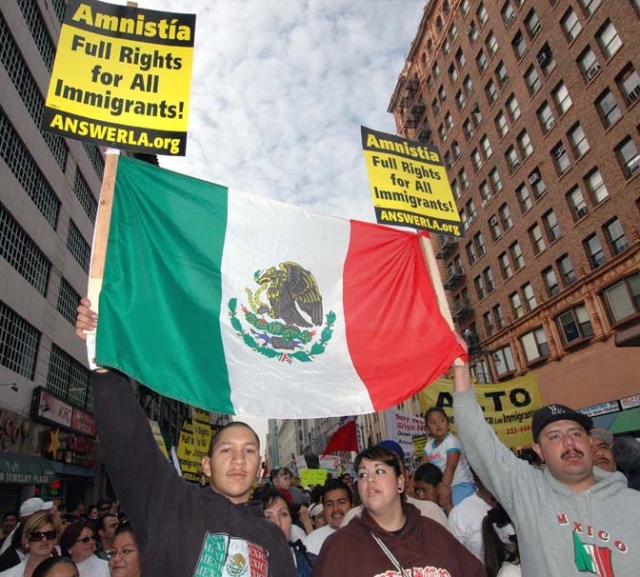 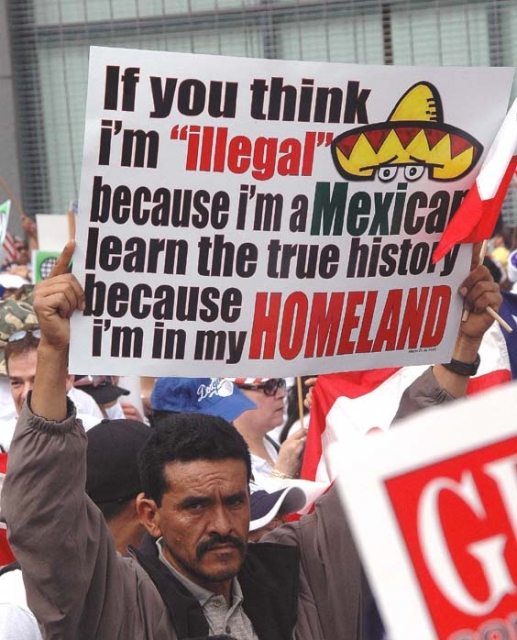 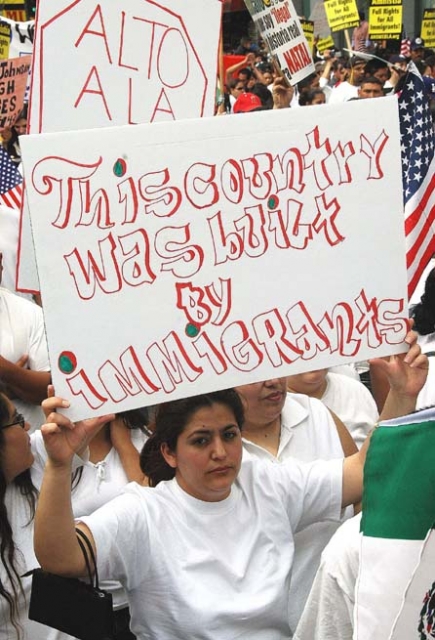 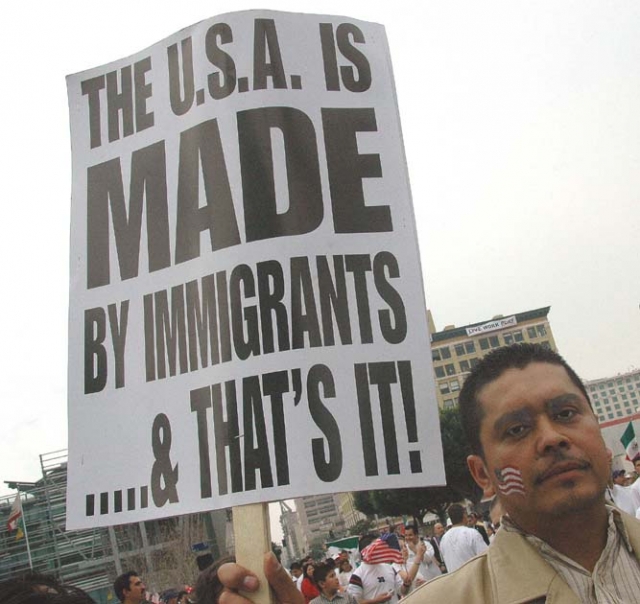 §Thousands and Thousands of Children Were There in Strollers
by Bill Hackwell (hckwll [at] yahoo.com) Sunday Mar 26th, 2006 9:35 PM 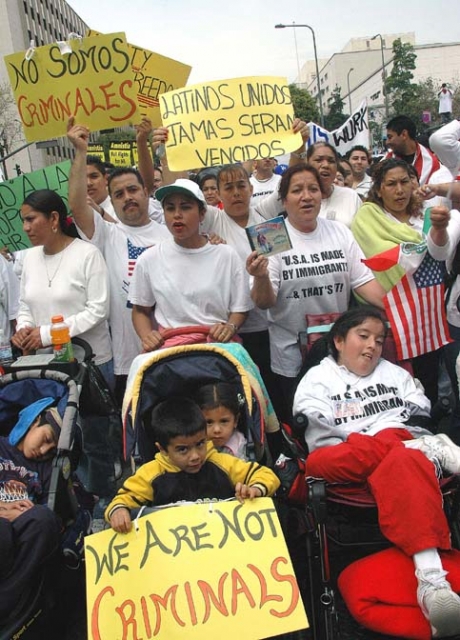 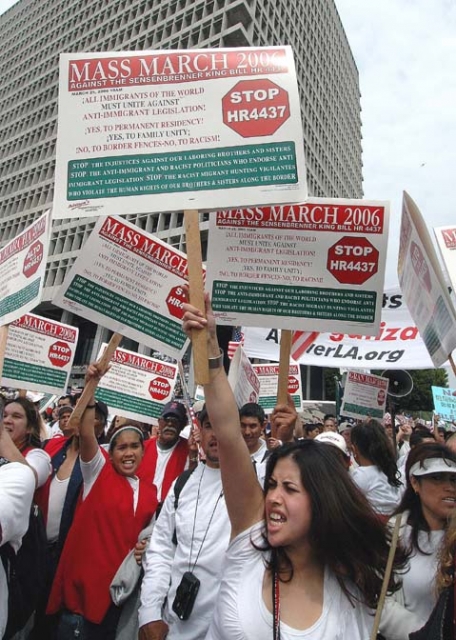 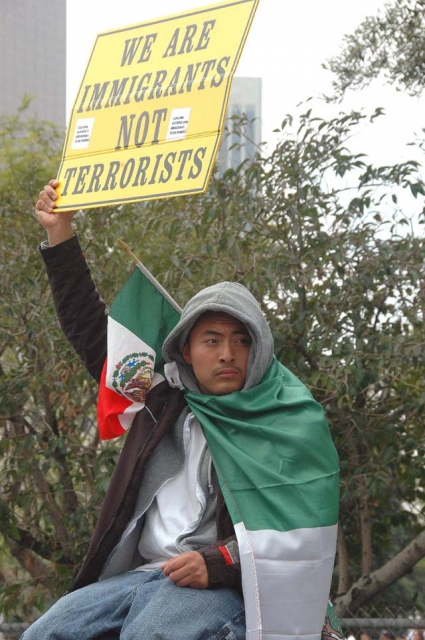 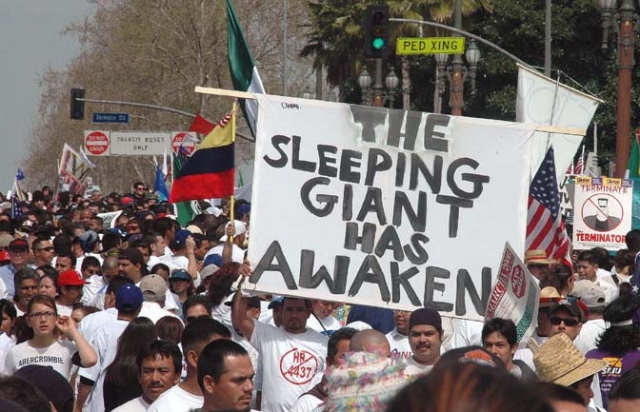 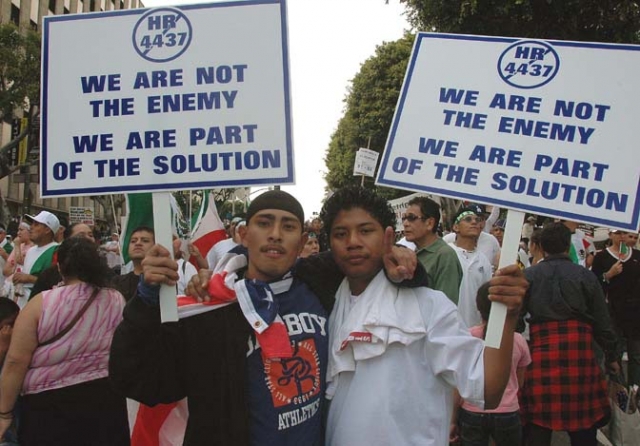 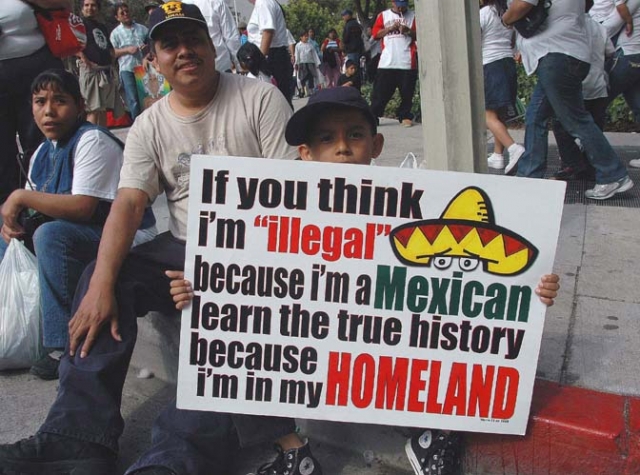 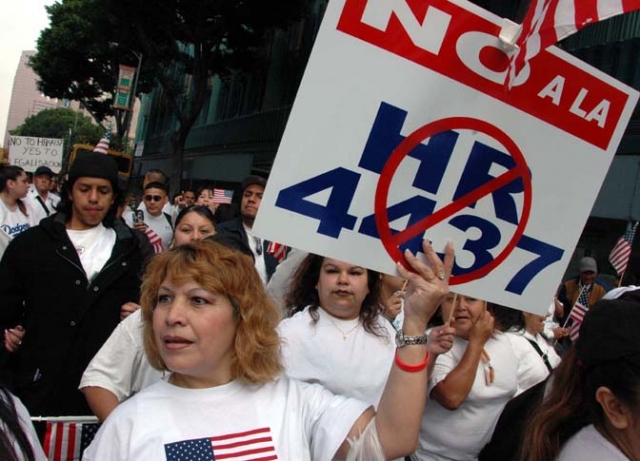 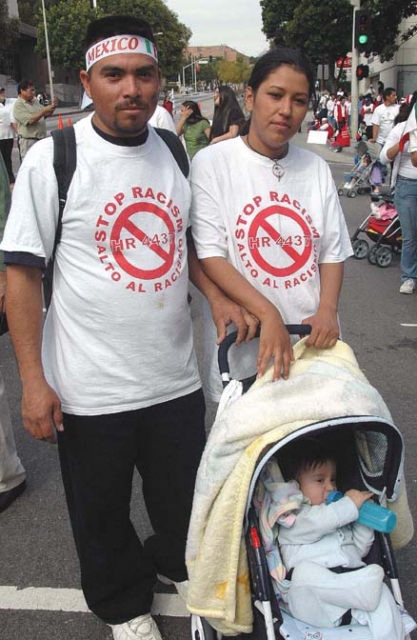