Add an Event
Newswire
Calendar
Features
Home
Donate
From the Open-Publishing Calendar
From the Open-Publishing Newswire
Indybay Feature
Publish to Newswire
Add an Event
Related Categories: Santa Cruz Indymedia | Anti-War
Santa Cruz Demonstration Against War in Iraq
by ~Bradley (bradley [at] riseup.net)
Tuesday Mar 21st, 2006 1:48 AM
On March 19th, somewhere between 150 and 200 people rallied at the clock tower in Santa Cruz before marching down Pacific Avenue and up Front Street. Demonstrators called for a withdrawal of troops from Iraq, the removal of George Bush from the White House and for government money to be spent on education instead of warfare. 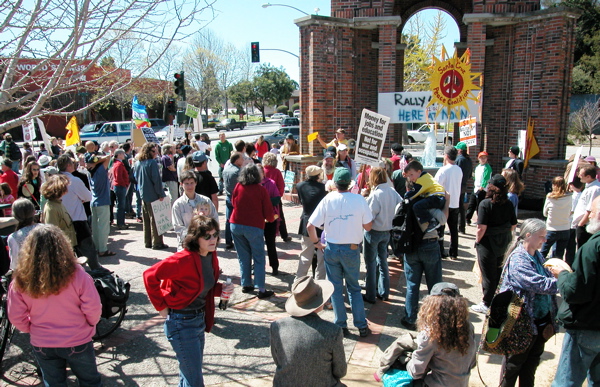 After a rally at the clock tower, people began marching down Pacific Avenue.

Although some people wanted demonstrators to walk on the sidewalk of Pacific Avenue, everyone ended up walking down the street. Many shoppers and people in cars showed their support by giving the thumbs up, cheering or honking their horn.

The demonstration reached Laurel Street and people then hooked back towards the clock tower by marching ON THE SIDEWALK of Front Street. A few people refused to march on the sidewalk, but unfortunately they were so few that they had to settle for marching in the bike lane against on-coming traffic.

By the time the demonstration reached Front and Cooper Streets, people decided they were not going to continue remaining out-of-view by walking on the sidewalk and headed back to Pacific Avenue before finally reaching the clock tower. Once people made it back to the clock tower, they held signs and rallied for a little bit longer before calling it a day.

Protests also took place in cities throughout California, the United States and across the world.

Actions Against the War
http://www.indybay.org/archives/archive_by_id.php?id=4126&category_id=18 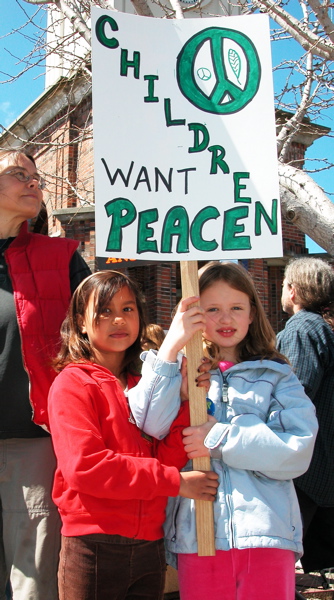 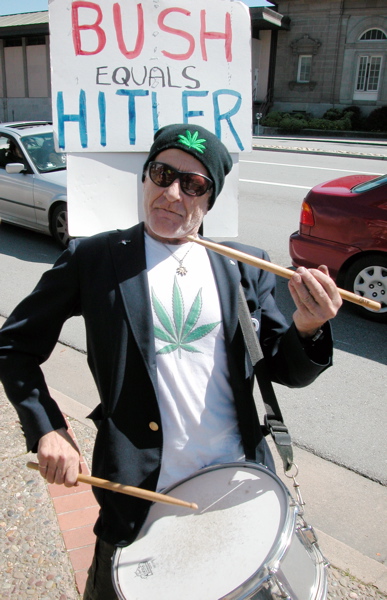 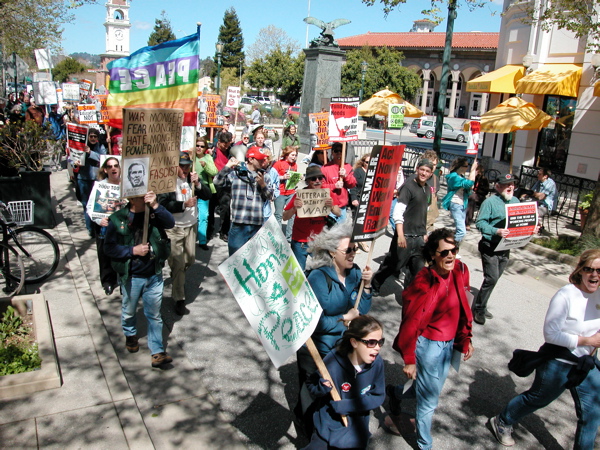 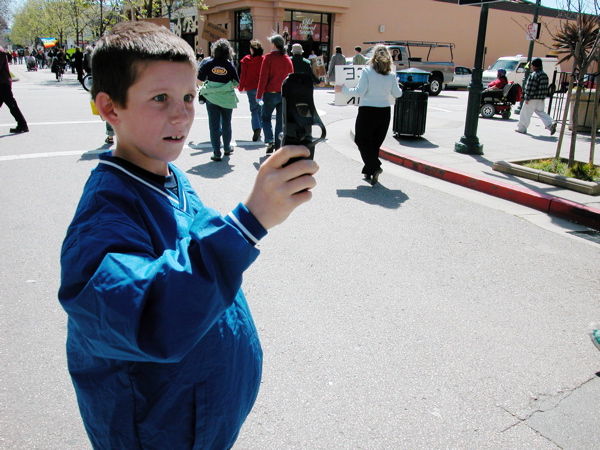 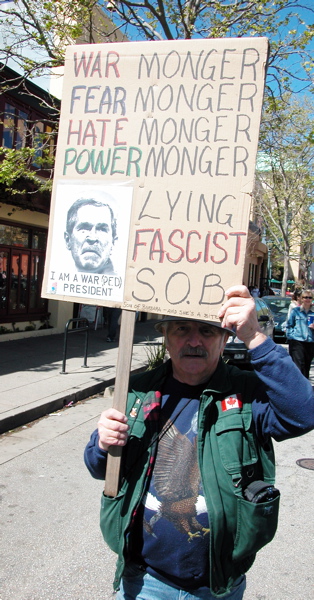 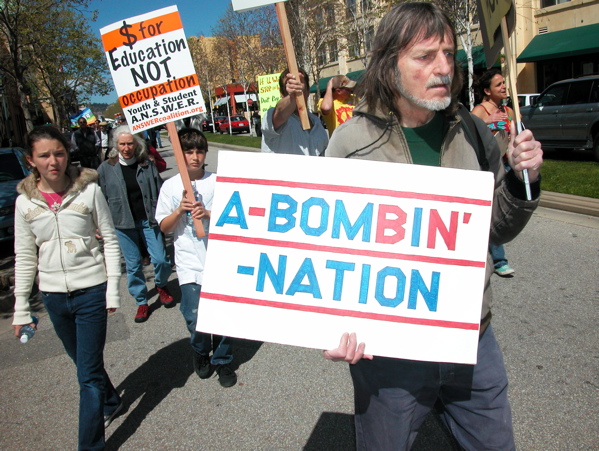 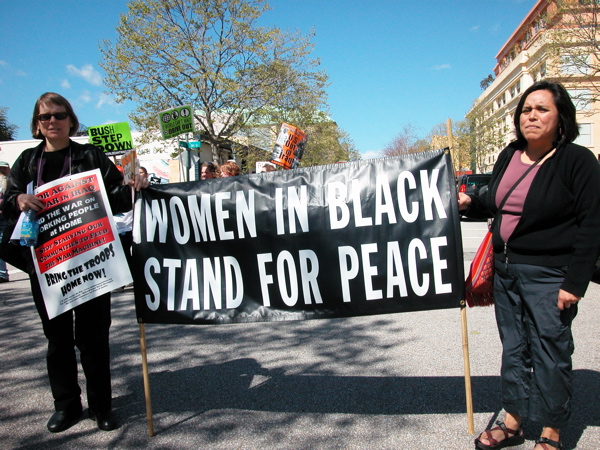 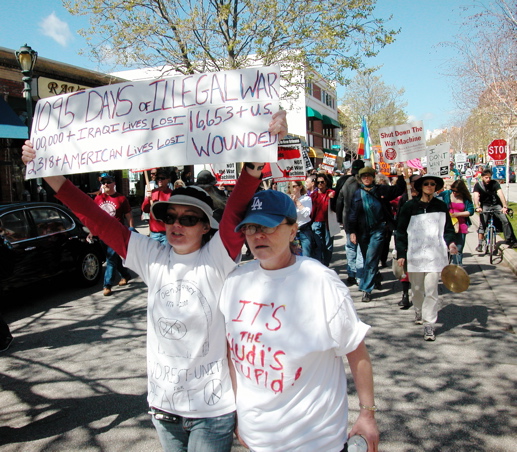 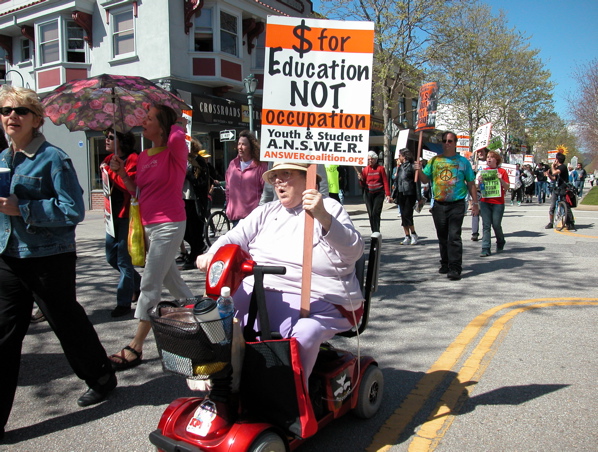 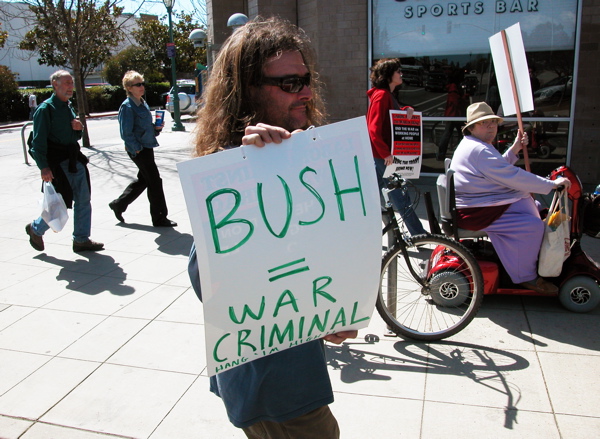 A must read for anyone marching on the sidewalk:

Pacifism as Pathology: Reflections on the Role of Armed Struggle in North America
http://santacruz.indymedia.org/newswire/display/8215/index.php

"Churchill's main argument is that philosophical non-violence/pacifism - which promotes the idea that the violence of the State can be transcended through purity of purpose, moral superiority and non-violence - is a delusional and counter-revolutionary political movement. Despite recognising the fact that many adherents to non-violence have sincere revolutionary aspirations (i.e: that they reject the present social order and wish to see its total abolition and replacement) Churchill claims that their non-violent methods serve to constrain them to the realm of 'pseudo-praxis' which, at best, is utterly ineffectual and, at worst, maintains and reinforces the hierarchical and exploitative status quo."
§Marching Back Up Pacific
by ~Bradley (bradley [at] riseup.net) Tuesday Mar 21st, 2006 1:48 AM 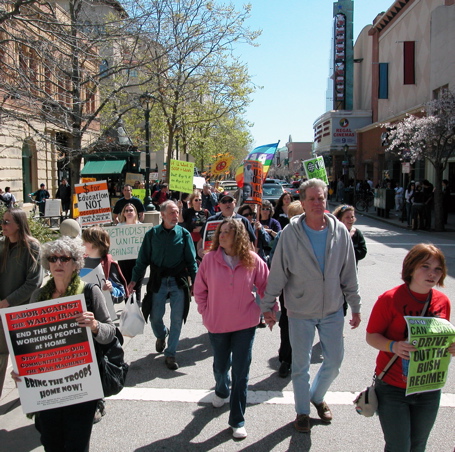 Thankfully, people were not content marching on the sidewalk of Front Street where we were out of sight and out of mind. They decided to leave Front Street and again march on Pacific Avenue where people were shopping. At this point, a couple people began shouting, "Capitalism Has Got To Go."
Add Your Comments
LATEST COMMENTS ABOUT THIS ARTICLE
Listed below are the latest comments about this post.
These comments are submitted anonymously by website visitors.