Add an Event
Newswire
Calendar
Features
Home
Donate
From the Open-Publishing Calendar
From the Open-Publishing Newswire
Indybay Feature
Publish to Newswire
Add an Event
Related Categories: Santa Cruz Indymedia | Immigrant Rights
Immigrant Rights Rallies and Marches Through Downtown and the Beach Flats
by ~Bradley (bradley [at] riseup.net)
Saturday Mar 18th, 2006 10:50 PM
On March 17th, more than four hundred people rallied at the Santa Cruz County Building and marched to Beach Flats Park to express their united outrage against HR 4437; one of many anti-immigrant bills which may become a law later this year. At the park, we heard more information about the laws and the importance of uniting our communities as well as theatrical and musical performances. We then marched out of the Beach Flats, up Pacific Ave., and back to the County Building for a final rally of the night. 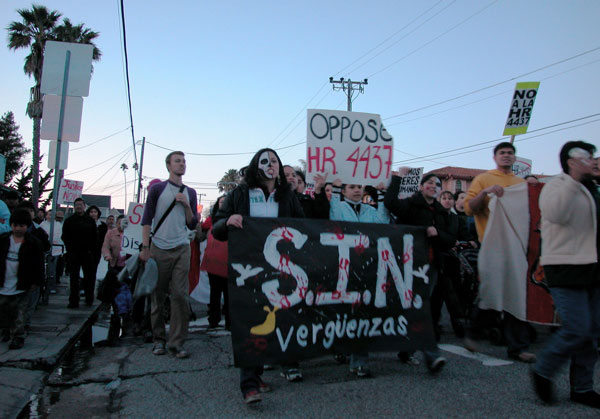 As one person pointed out at the Beach Flats Park rally, HR 4437 has been a serious wake-up call for many people who are united against classist and racist borders and laws.
§Stop
by ~Bradley (bradley [at] riseup.net) Saturday Mar 18th, 2006 10:50 PM 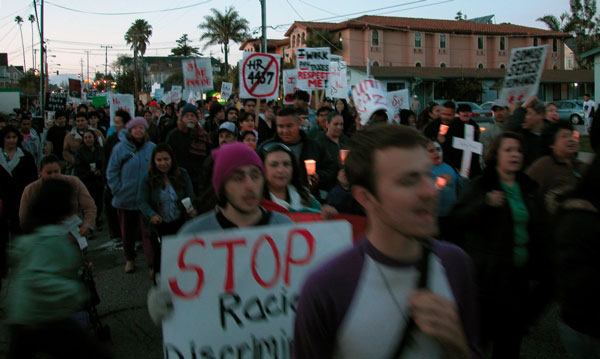 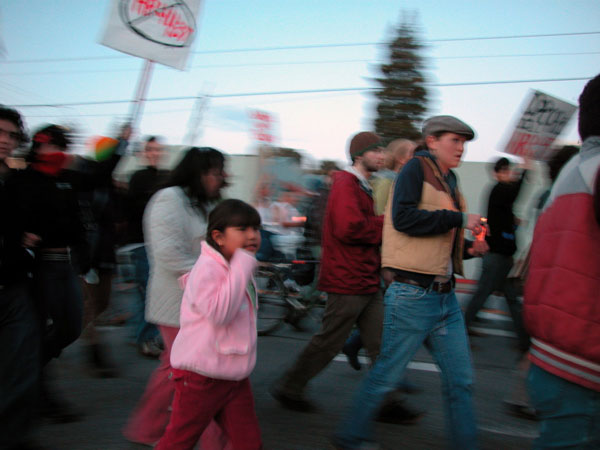 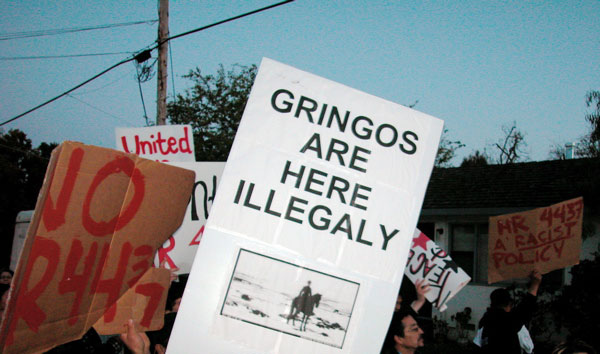 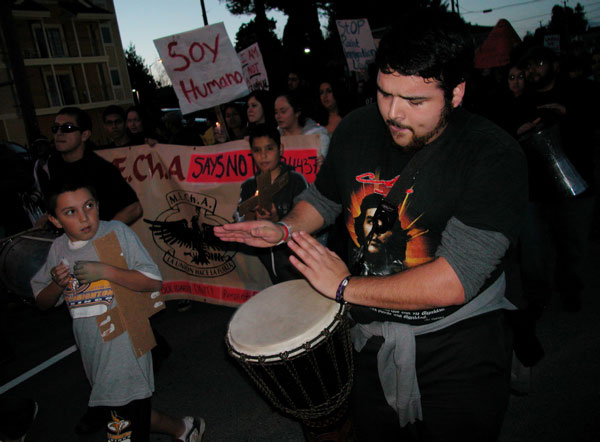 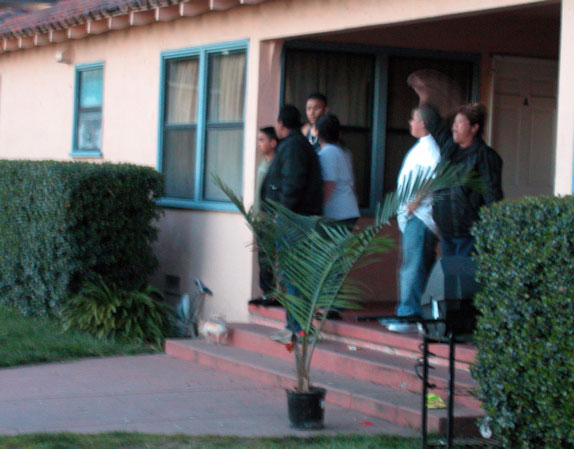 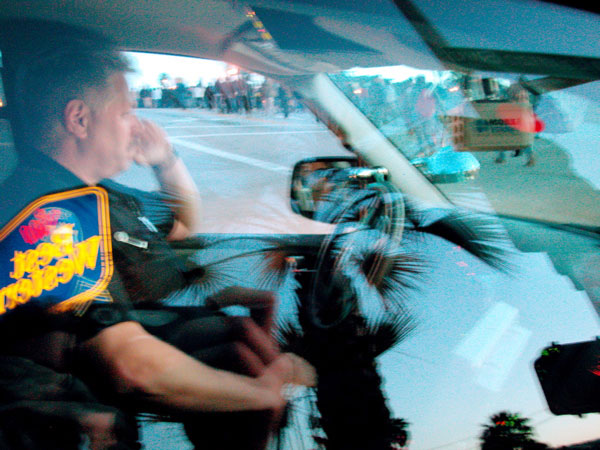 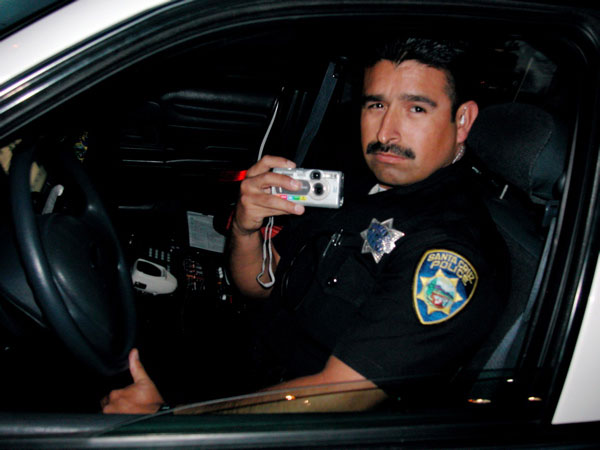 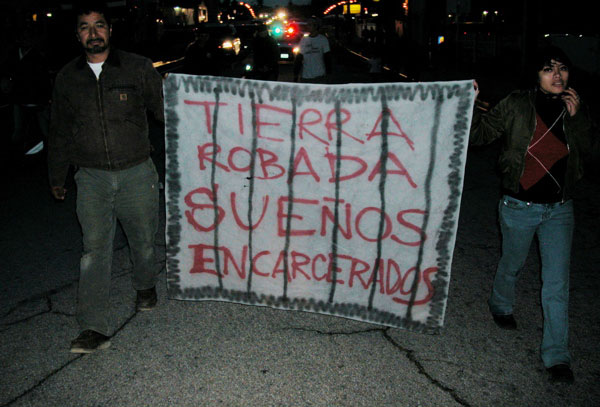 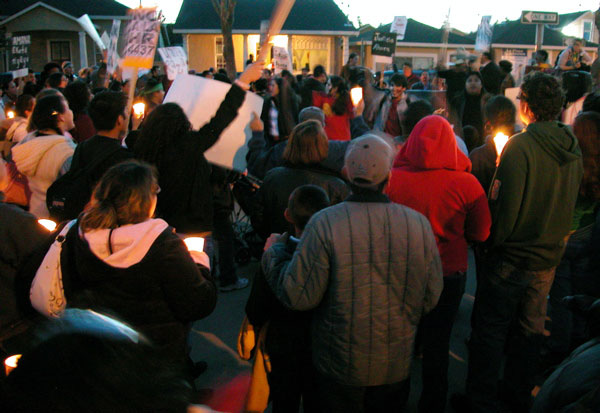 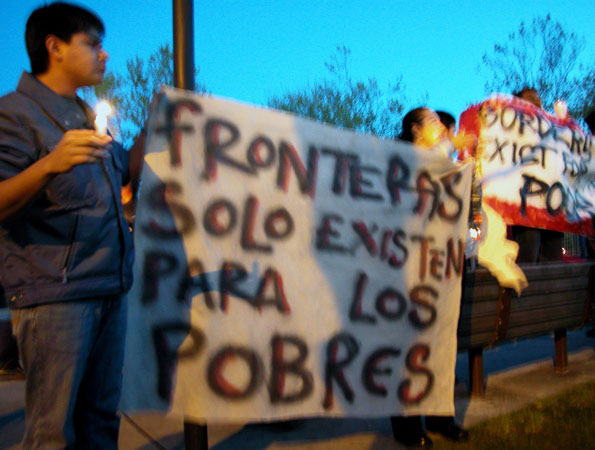 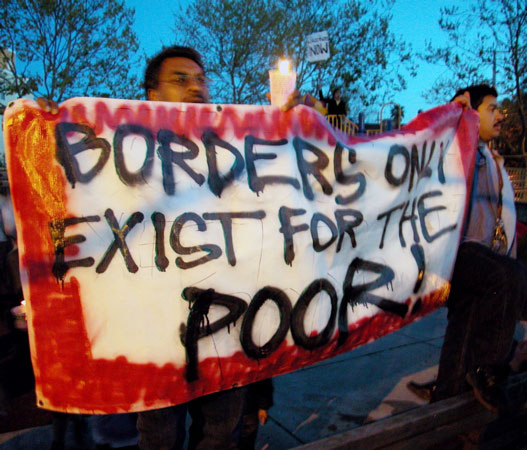 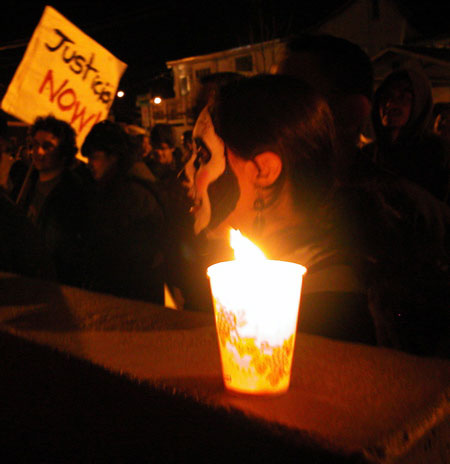 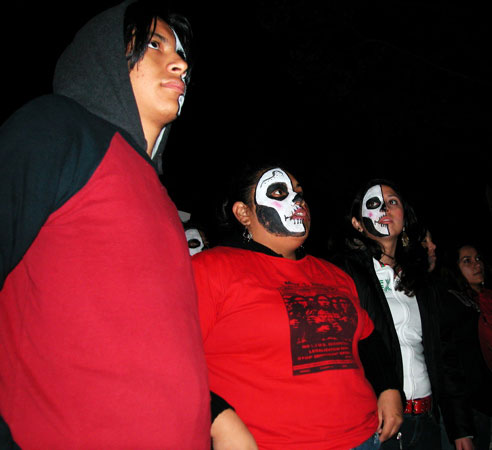 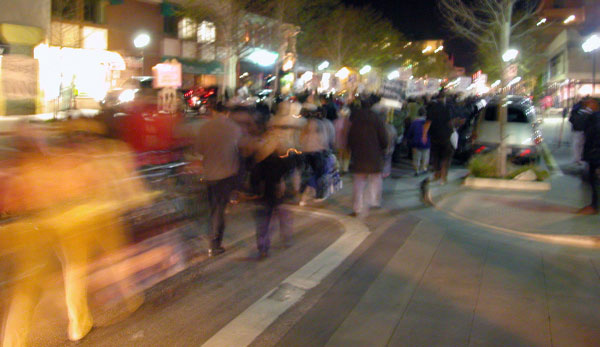 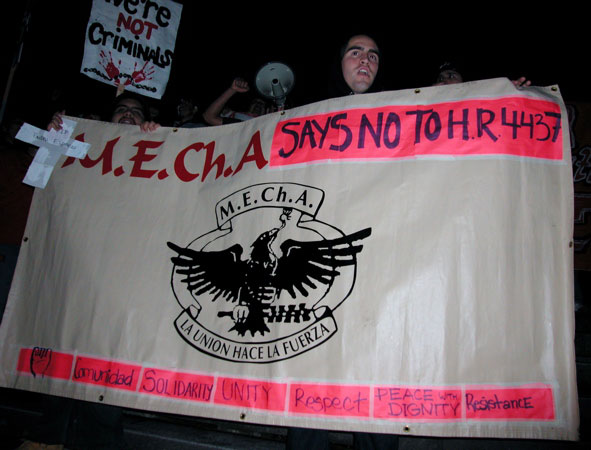 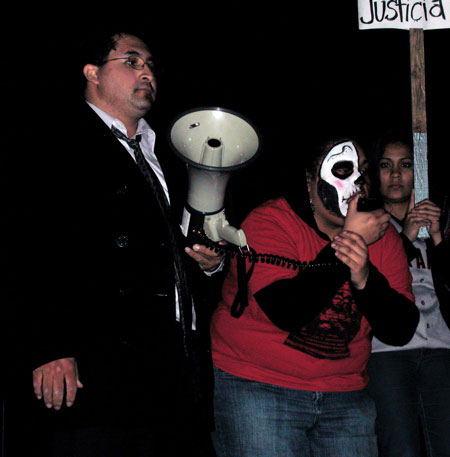 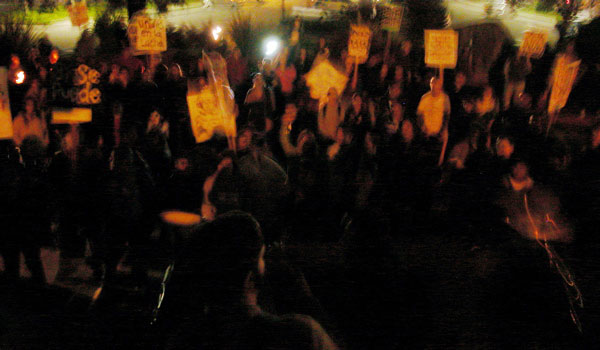