Add an Event
Newswire
Calendar
Features
Home
Donate
From the Open-Publishing Calendar
From the Open-Publishing Newswire
Indybay Feature
Publish to Newswire
Add an Event
Related Categories: Palestine | San Francisco | Anti-War
Anti-War Counterprotesters Make Convincing Argument That Zionism Is Racism
by afds
Saturday Mar 18th, 2006 5:36 PM
Israel supporters counter-protested the ANSWER antiwar rally today. In the past, they have focused on ANSWER's exclusion of Michael Lerner and others as speakers, but this time the message was much more about demonization and bigotry.

As Native American activists and leaders of unions spoke from stage, proIsrael counterprotesters equated all protesters with Al Qaeda, celebrated Israeli bombings as "peace from above", and dressed as fake suicide bombers in what would be seen as an unseemly form of "black face" had the targetted ethnic group been any other than Arab. Several of the counterprotesters were members of Berkeley College Republicans while others were from non-partisan groups that in the past claimed to be antiBush but proIsrael so its not clear how much the far right messages were agreed with by all protesters but the noticible increase in the bigoted nature of the message every year should be of concern.If the desire to pull US troops out of Iraq means one supports Al Qaeda that would mean that most Americans support Al Qaeda (since support for an immediate pullout is now the majority view even among pragmatic conservatives like those who worked with Bush Sr)
§Anti-War Counterprotesters Make Convincing Argument That Zionism Is Racism
by afds Saturday Mar 18th, 2006 5:36 PM 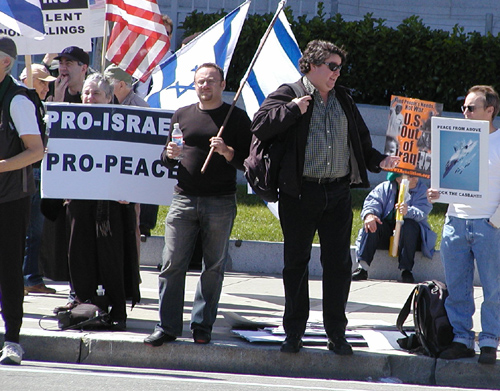 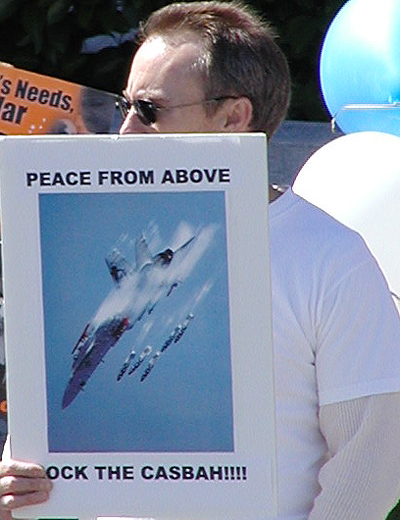 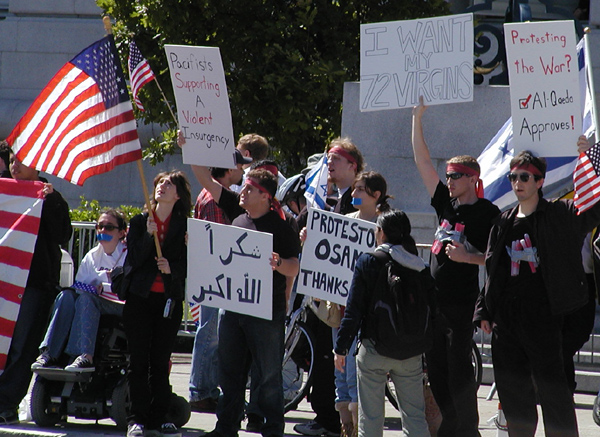 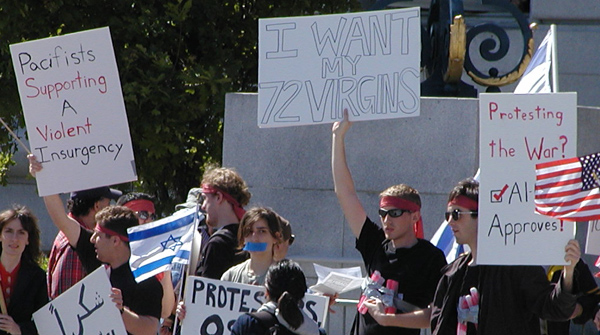 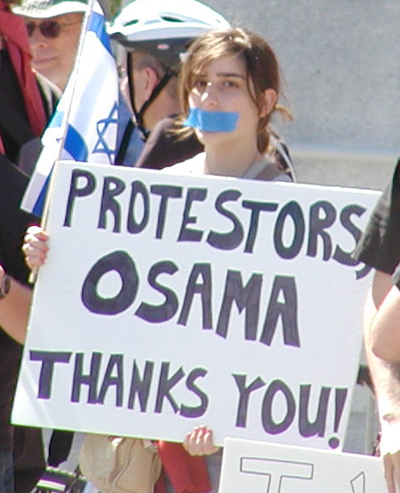 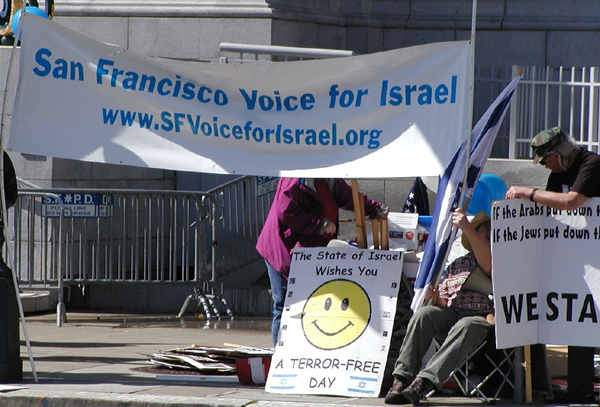 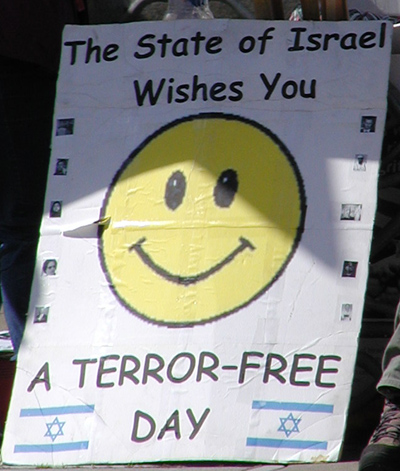 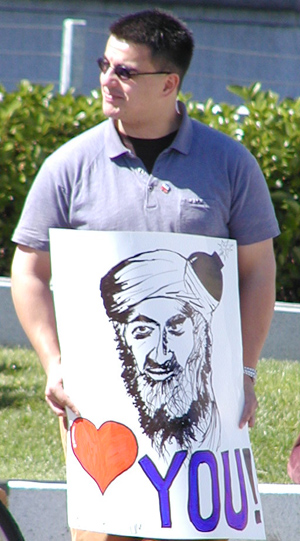