Add an Event
Newswire
Calendar
Features
Home
Donate
From the Open-Publishing Calendar
From the Open-Publishing Newswire
Indybay Feature
Publish to Newswire
Add an Event
Related Categories: California | Santa Cruz Indymedia | Education & Student Activism | Labor & Workers
UC Sweat-Free Coalition Crashes UCOP
by Jalal (lebanditucsc [at] yahoo.com)
Sunday Mar 12th, 2006 11:35 AM
Students from UCSD, UCR, UCSB, UCSC, UCB and UCD crashed UCOP to meet President Dynes in person and demand an end to the use of sweatshops to produce UC apparel and uniforms. Students occupied the president's hallways for one hour. We were promised a meeting with Dynes and then later chose to leave the building once we were satisfied. 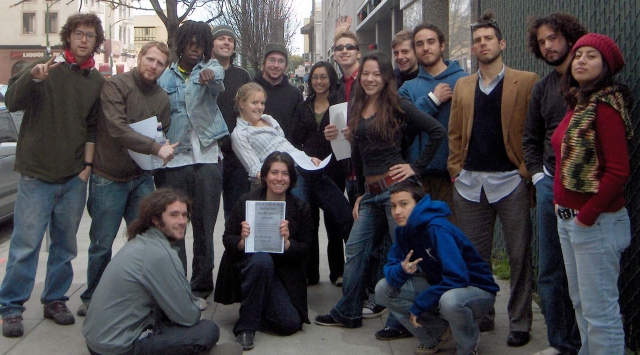 After months of being deliberately neglected, USAS students from the UC "step it up" (literally climbing 12 floors) to face President Dynes personally and demand adoption of the Designated Suppliers Program (DSP). UC students made their way into the University of California Office of the President (UCOP) to finally speak with Dynes, who has ignored students for 6 months and continued to allow the use of sweatshops to produce UC apparel and uniforms.

As nearly 20 students from a majority of the UCs occupied the halls of the universities' president, UCOP employees were frantic to cover for Dynes. "He's booked all day with meetings," they repeated continually, "he won't have a second to spare." But knowing that students would not back down that easily, Dynes' assistant as well as his Associate President scheduled a meeting between students and Dynes, something students have been requesting for 6 months.

While 9 universities around the country have adopted the DSP and committed their institutions to social justice, the UC remains opposed to student and worker demands to adopt the DSP and end their use of sweatshops producing UC apparel and uniforms. Understanding that a failure by the university to adopt the DSP means the continued exploitation of workers around the world producing apparel and uniforms for the UC, students staged a "sneak preview" of what's to come if President Dynes does not act immediately. Students did a one hour sit-in in the Office of the President, but if Dynes fails to act immediately, students will have no choice but to "step it up" even more.
http://38 seconds
§Sit-in Begins
by Jalal (lebanditucsc [at] yahoo.com) Sunday Mar 12th, 2006 11:35 AM 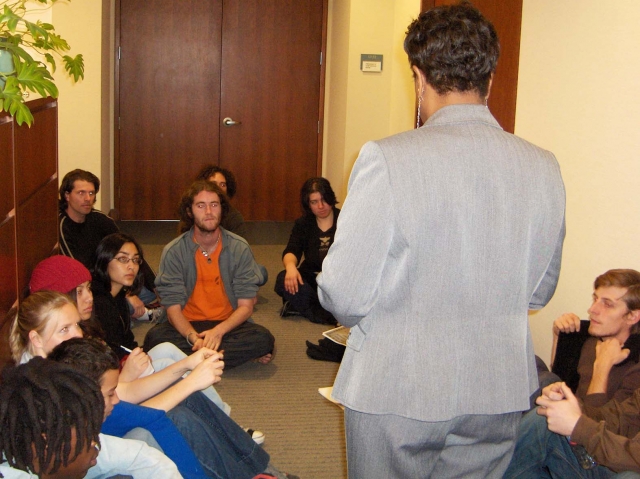 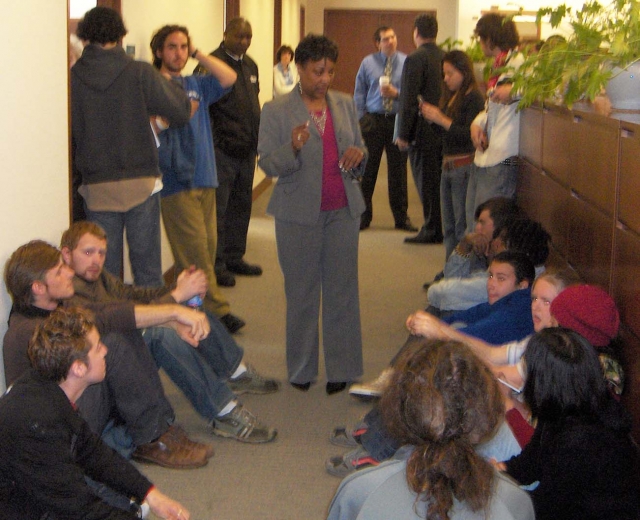 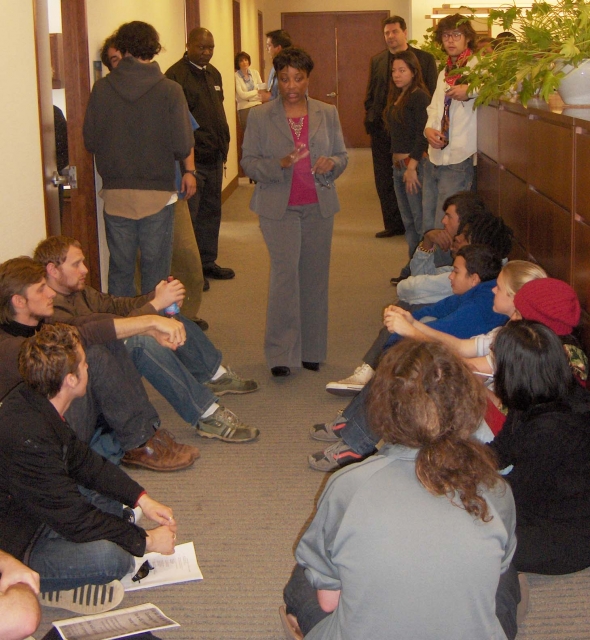 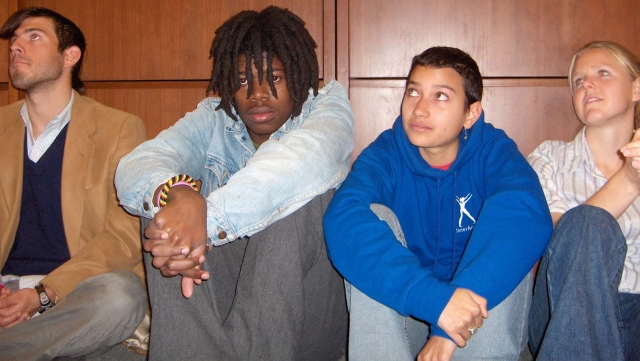 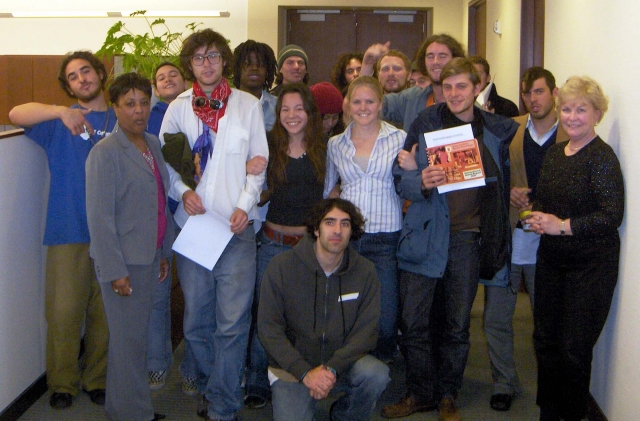 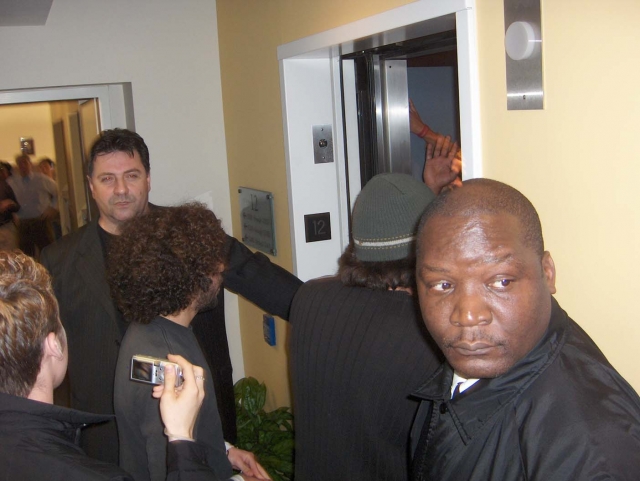 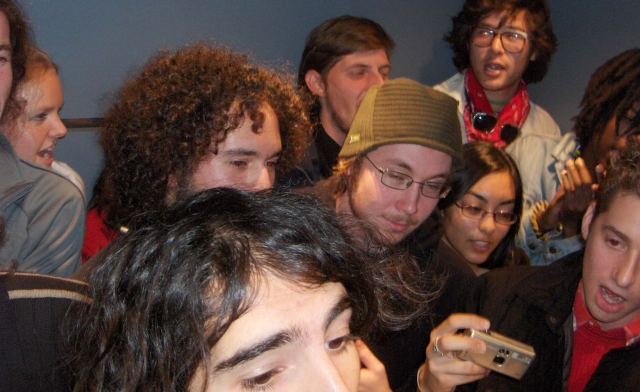 The elevator can't move because we have exceeded the weight limit. After a few minutes of a beeping elevator and chanting students, the security guards finally realize we have to split our group in two. This was hilarious!
http://38 seconds
Add Your Comments
Support Independent Media
We are 100% volunteer and depend on your participation to sustain our efforts!