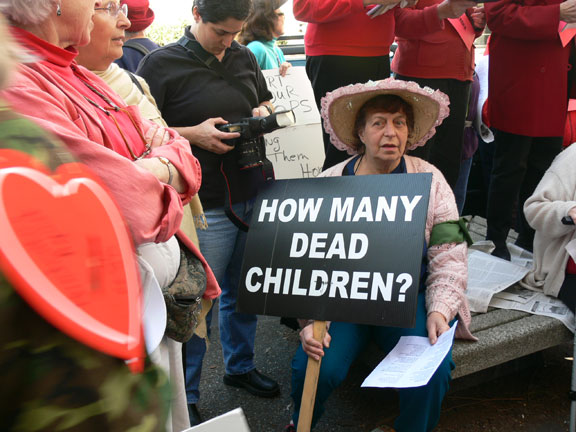 It wasn’t chocolate and roses the crowd of nearly 300 came bearing to downtown Oakland Valentines’ Day it was the offer to trade places with young soldiers in Iraq.

Gathering outside the Army recruiting office at 2116 Broadway the mostly gray-haired women called out that they were there to enlist, so that the young people could come home from the war.

"Bring them home. Take us instead," they called out in unison. "This is our Valentines’ gift."
The noon-time demonstration organized by the Bay Area Chapter of Grandmothers for Peace drew not only the matriarchs but a bevy of supporters young and old and male, as well.

With a twist on something usually found in male dominated organizations a man stood in the crowd wearing a black T-shirt emblazoned with "Grandmothers for Peace - Men’s Auxiliary."

"If I was Grandmother I would have one of the other shirts on," said John Ellis, from El Cerrito.
The crowd many dressed in black and the traditional Valentine red, spread out for nearly a block walking slowly and carrying signs calling for an end to the war and to "Stop Mad Cowboy Disease."
Passersby were handed small leaflets explaining the women’s’ mission.

"We are grandmothers heartbroken over the enormous loss of life and limb in Iraq. We are appalled by our leaders who make war with other people’s children-a war and occupation that our leaders justify with lies and deceit," their leaflet declared.

The Oakland demonstration was one of eight similar actions held around the country on the day normally reserved for romance. Marge Lasky, the Bay Area Grandmothers for Peace spokesperson said that women in New York City, Rochester and Albany New York, Tucson, Arizona, Lake Worth and Sarasota, Florida, Montpelier, Vermont and Fresno, California also headed to their local recruiting offices to enlist as a Valentine gift.

Despite the crowd of potential recruits ready to rush the doors. The Oakland recruiting office was dark and the doors locked during the action.

"Someone calling themselves a supporter of the military called the recruiters and warned them we were coming," said Lasky. But the person need not have bothered because Lasky and her crew contacted the soldiers stationed at the office themselves before and Lasky said that her conversations with the young men was really a highlight of the action.

"We talked with them and were finally able to convince them that we are not anti-troops," she said. "We made them realize that we are just against this war and that wanting the troops home is supporting them."

There were uniforms present at the event. A number of Oakland Police Department officers and a few black clothed SWAT team members were on hand. However, the faced with nothing more than raucous folk songs the officers looked pretty mellow.

As one passed Lasky called out "are we doing okay?" The grinning officer replied "You are wonderful."

While the office remained empty one camouflaged soldier stood watching from down the block.
He said that he has been assigned to the recruiting office for the past two months and that he was actually used to protesters at the site.

"The pink ladies come every Wednesday," the sergeant said. "They hold up signs of dead people and stay for about a half and hour." He said that the only thing he worried about was people vandalizing the building. He was reluctant to talk too much about the demonstration.
"I think it’s illegal for me to say anything," he said.

Down the block another member of the group said that her organization is narrowly focused and not tackling issues other than the Iraq war.

"It was started with false reasons and is causing more suffering and destabilization in the Middle East," she said. "It is actually increasing terrorism in the world and the Middle East, instead helping get rid of it."
§Singing Songs of Peace
by Claudette Langley Tuesday Feb 14th, 2006 9:57 PM 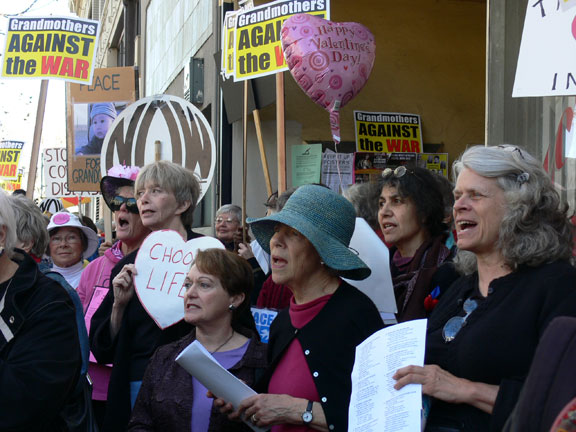 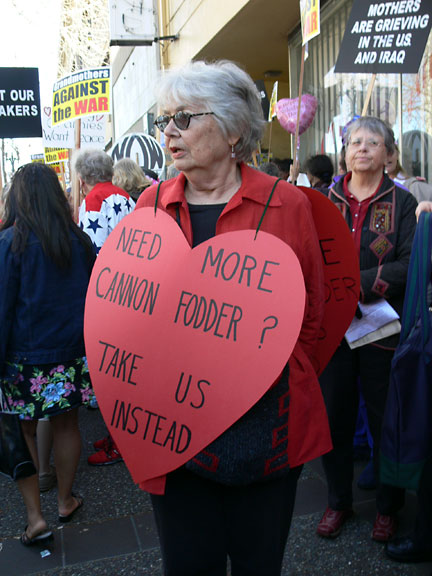 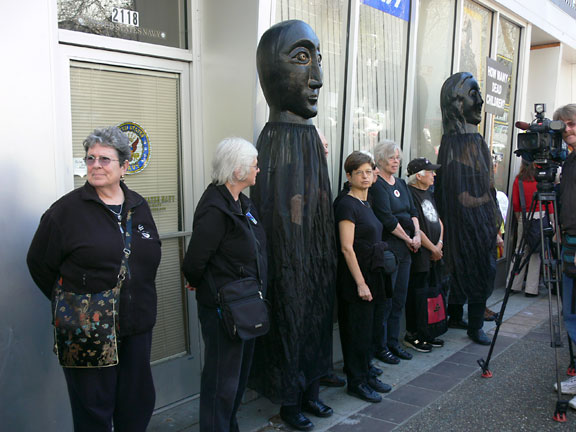 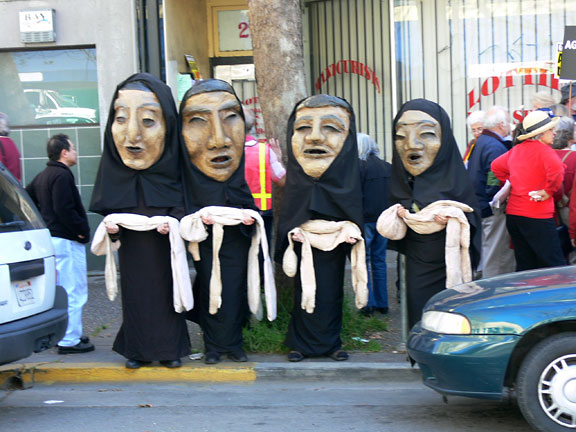 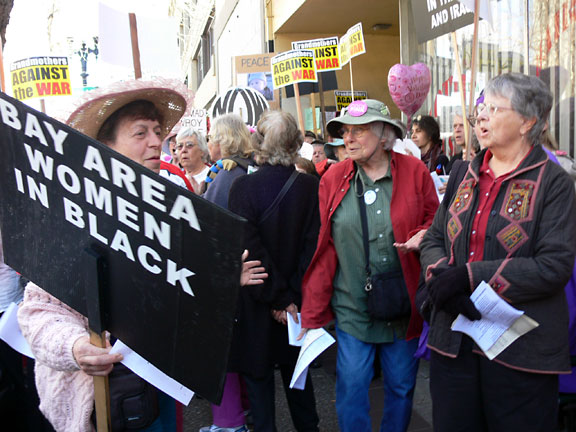 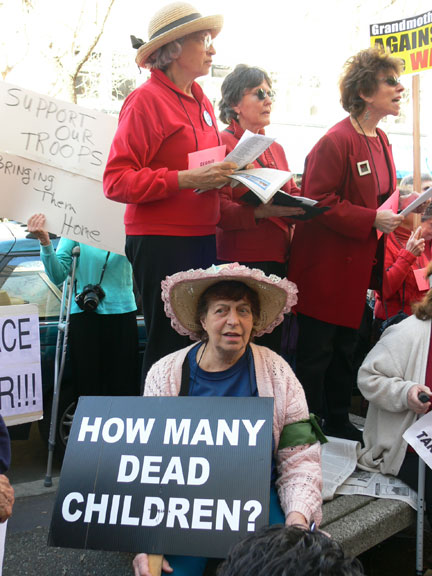 Abortion is not murder and a fetus is not a baby. The blueprint is not a house and the acorn is not a tree.

Men run the anti abortion movement so they will have a surplus of soldiers (ex fetuses) to kill in the wars started by men. When a women has an abortion, anti abortion men call it "murder"

If women had access to abortion there would be a shortage of killer soldiers and rapists.
Add a Comment
Support Independent Media
We are 100% volunteer and depend on your participation to sustain our efforts!