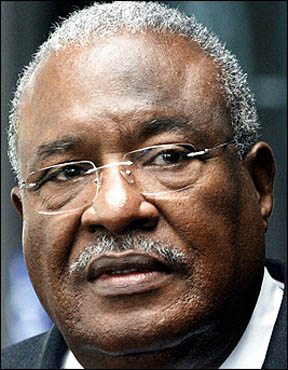 It is with much regret that I and Jared Sibbitt (volunteer accompanier for Hurah, Inc) have just been witness to irregularities of a planned nature in the carrying out of the vote of Feb. 7 , 2006. People were present at the voting stations from 4 am on for example:

*At the voting center at the hospital, Lapaix, located at Delmas 33, people crowded by the thousands but there was wholesale disorder, no list of names posted as announced by the Electoral Commission and the election law, no directions. It was a complicated and unaccountable situation.

*At the voting center at Circulation at the bottom of Delmas in front of Aviation the situation was the same, in a word total disorder.

*At area 2004 (SouPis Aviation) where the Electoral Commission without explanation had transferred the voting center for Cité Soleil, with more than 80 voting booths for 400 voters each giving a total of 3200 voters in a space designed only for 1000 people. It was the Tower of Babel, a total confusion by voters with cards in their hands searching in vain for their names. No list of names posted, no directions, the voters looked high and low to find an explanation and there was no one in charge present.

*At the voting center of Daniel Fignole High School, the same problem. No list of names, no directions, people lined up from Delmas highway to the school. It should be noted that the people in charge of this center arrived at 9 a.m. contrary to the centers previously noted. The centers in Pétion-Ville were well organized. The lists of names were posted. There were police officers and Electoral Commission officers on site to assist the people of this rich area.

AUMOHD has already published its viewpoint about this irregular situation.