Tony Madrigal brought the motion before the city council to request an independent investigation into police spying.

Unfortunately the city council meeting was held at 3:00pm on Tuesday making it difficult for people make the meeting and speaking during the public comment session. Mayor Matthews allowed just two minutes per speaker, as opposed to three minutes, even though there were less than ten people that wanted to speak. City Council members spent much time arguing with each other over procedures.

Tony Madrigal, an advocate of workers, expressed concern about police spying and called for an independent investigation.

Mike Rotkin claimed to be concerned about civil rights violations and let it be known that he joined the ACLU at the ripe age of 12, before even thinking about becoming a mayor. Rotkin also spoke about the honorable reputation of the Santa Cruz Police Department and made a motion before Madrigal's motion which stated that the city council should hold off on all discussion of police spying until the police give the city council a copy of the internal police investigation.

Emily Reilly voted for Rotkin's motion and against Madrigal's motion.

Mayor Cynthia Matthews did her best to keep discussion of police spying to minimum. Not only did she limit public comments to 2 minutes per person, she also called for a vote on Rotkin's motion which cut off discussion of city and police policies regarding police infiltration of community meetings.

Ryan Connerty and Ed Porter raised concerns about police spying, but both voted for Rotkin's motion and against Madrigal's motion for an independent investigation.

Tim Fitmaurice also raised concerns about police conduct and tried to make an amendment to Rotkin's motion which Matthews denied stating that it was in total contradiction of Rotkin's motion. Fitmaurice and Rotkin seemed to be very edgy with each-other. 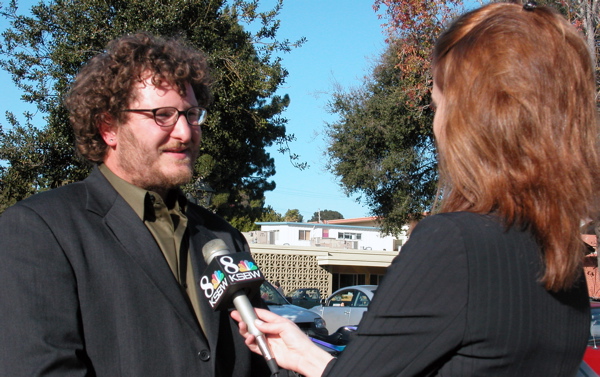 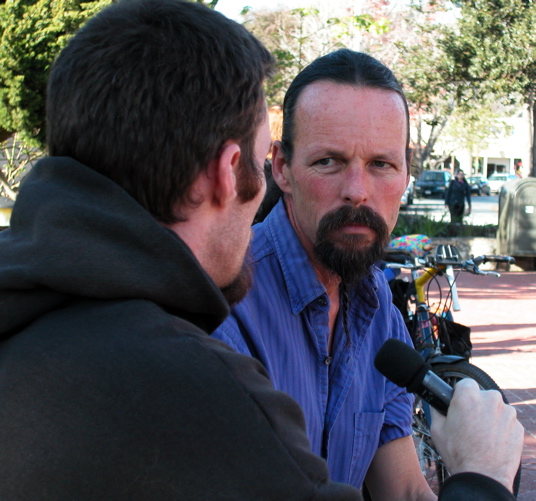 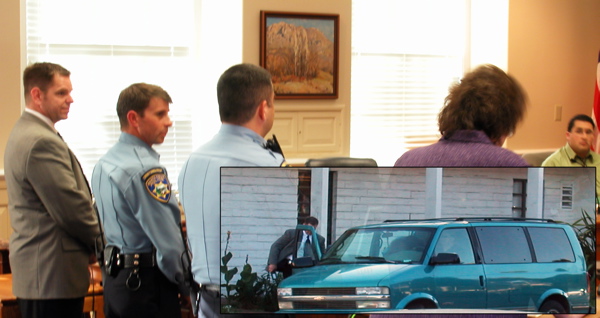 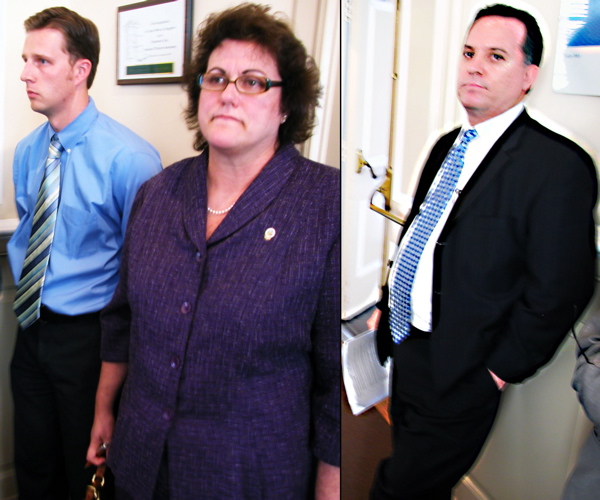 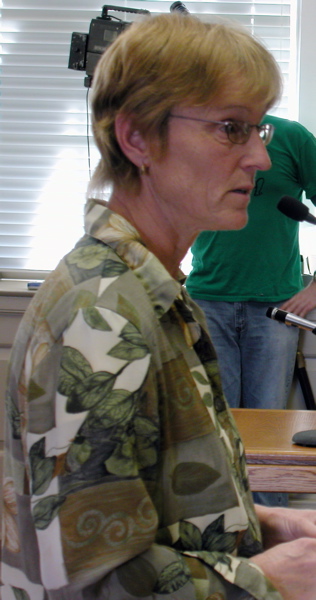 Mathilde asked the city council to recognize people from Santa Cruz that have volunteered in the Gulf Coast in aftermath of Hurricane Katrina. Mathilde spoke of thousands of people still struggling for housing.
§Santa Cruz City Council
by ~Bradley (bradley [at] riseup.net) Wednesday Jan 25th, 2006 8:58 PM 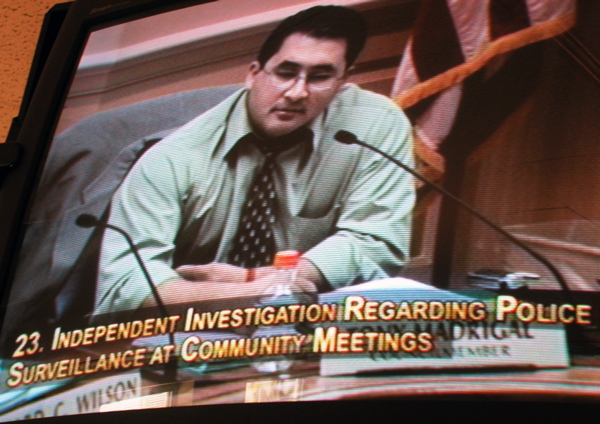 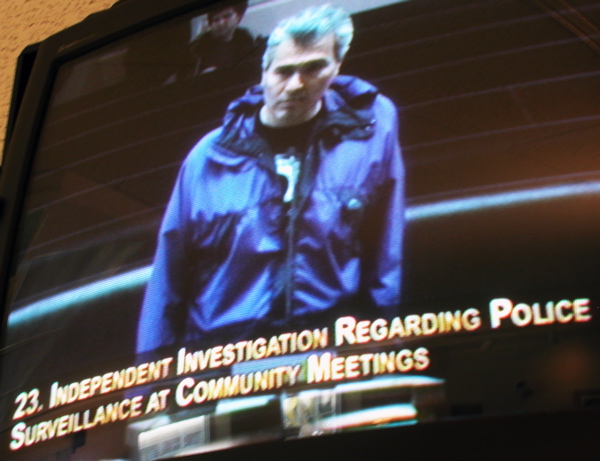 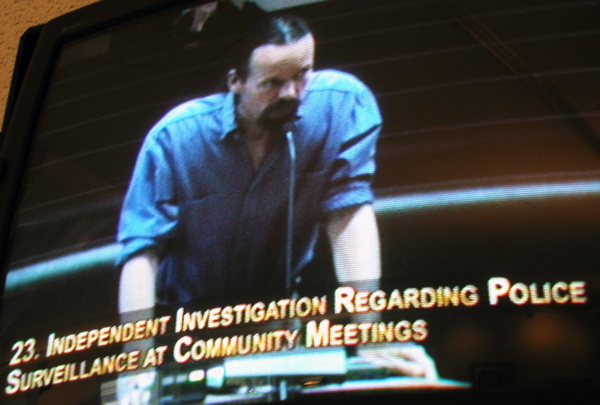 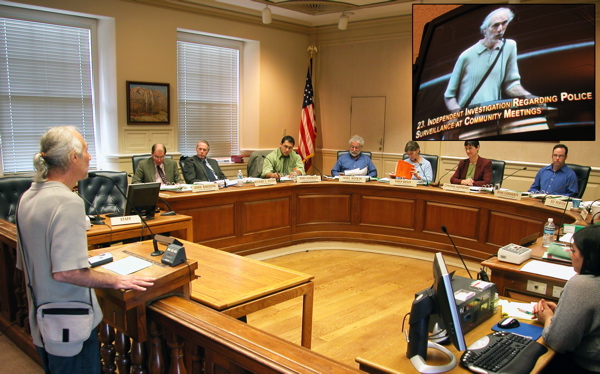 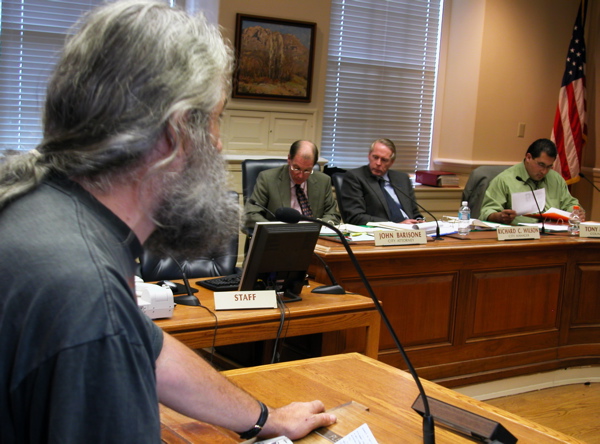 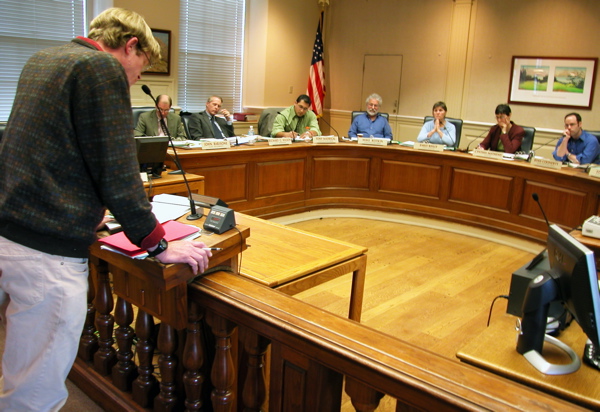 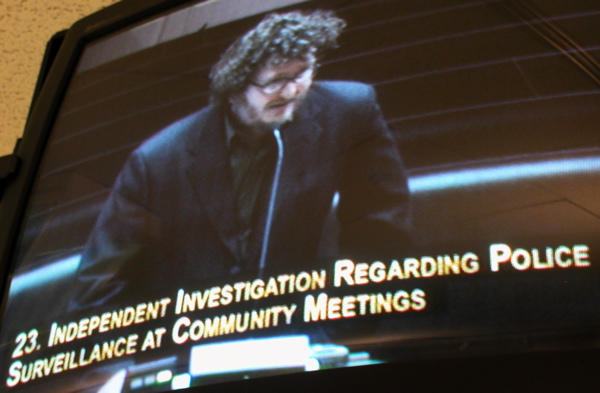 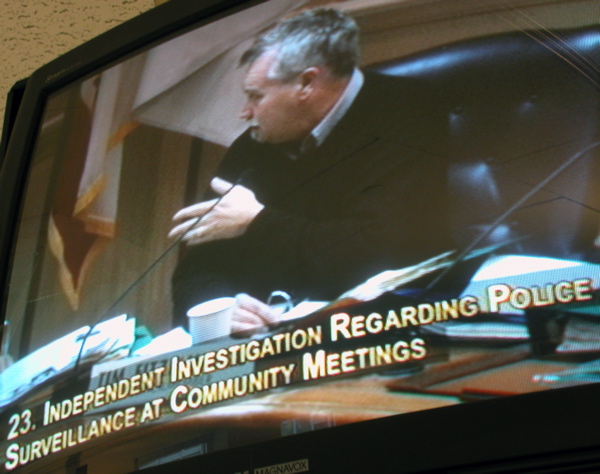 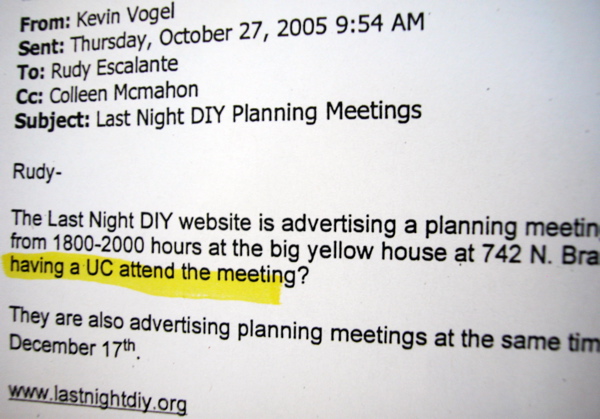 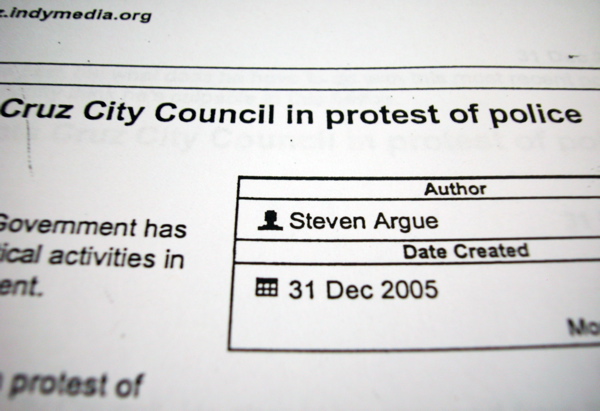