The officers participated in meetings, asked questions and even made suggestions. "In no way did they indicate that they were police. They came off as just a couple of local surfer dudes," said Rico Thunder, one of the people who came together to help plan the parade.

Organizers had their suspicions confirmed by a concerned source within the police department.

The infiltrated group was organizing the Last Night Santa Cruz Parade and Celebration, a people’s parade, a do-it-yourself celebration that goes beyond the city-sponsored First Night event, canceled this year due to money problems. The Last Night website (lastnightdiy.org) states: “Last Night is a completely organic event, organized and put on at a grassroots-level. No city-sponsorship. No corporate donors. It’s a do-it-yourself parade and celebration. We make it happen together.”

“Apparently, lack of city-sponsorship makes some people nervous,” said Thunder. “We chose to go the no-permit route because city regulations impose an impossible barrier to creating a spontaneous event.” The city requires a one million dollar insurance bond be posted, as well as special consideration for extra police, fire, security, and sanitation for any special event. “That may be fine for the Pepsi Fun Run, or the Coors Surf Competition, but that is way beyond the means of anyone wanting to do a grassroots event,” said Thunder.

"If you think you have to be doing something wrong to be the target of police surveillance, you are naive," said Thunder. "All we are doing is organizing an event for the entire community."

"Since 9/11, we've created a culture in which security is more important than liberty." said Thunder. "The NSA is tapping your phone calls and email. The Pentagon is infiltrating your peace march. Actions at the federal level have a trickle down effect that has emboldened local law enforcement. When the president says 'Safety at any cost,' local cops take that to heart."

The group has contacted the ACLU and the National Lawyers Guild about possible violations of their constitutional rights to privacy, free speech, and assembly. Additionally, the group may challenge barriers to free speech such as the arduous special event process. 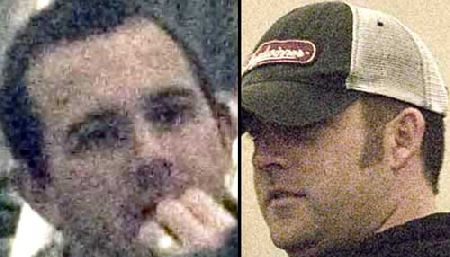 "Parade organizers arranged to surreptitiously photograph the undercover officers at a planning meeting. Santa Cruz Indymedia photographers used long telephoto lens to obtain counter-surveillance photos of the officers"
Add Your Comments
LATEST COMMENTS ABOUT THIS ARTICLE
Listed below are the latest comments about this post.
These comments are submitted anonymously by website visitors.