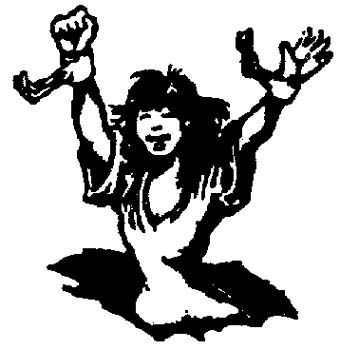 Last January, the Walk for Life came to San Francisco to bring their
anti-Choice/anti-reproductive rights ("pro-life"), pro-capitalist, and homophobic message to our city. Their march was
disrupted and rerouted by civil disobedience. This year they're at it again, and intend to bring out thousands (vast majority of whom are bussed in from other cities and towns), which means that we need to show up in full force and bring out just as many, if not more, people. We are calling on the people and workers of San Francisco and the Bay Area to rise up and completely stop them in their tracks and shut down their march.

They are marching to take away our autonomy, which we must defend at all
costs and by any means necessary.
These are the people that support government intervention in every aspect
of our lives not only limited to reproductive rights, but to the
regulation of life itself. The Walk for Life seeks to be the softer side
of the anti-choice movement, but don't fool yourself into thinking that
these people are not the reactionary forces that we fight against.

For us pro-choice means a lot more than choosing to have children.
Reproductive rights is an important part of the larger issue of having the
power to decide how to live your life. We sell our bodies to capitalism
and submit to the State. Religion has often survived to mask this order of
things and to justify our sacrifices. Pro-life means being able to
determine the path of your life, free from outside coercive forces, such
as bosses, government, controlling and abusive men, racism, war, and religion. Work is not a choice, it's a threat: obey and labor or starve!

Walk for Life
is a national organization run by wealthy elites--the ruling class. Their agenda is not only to continue
the subjugation of women but to maintain the larger class system. Social
conservatism and authoritarian religions are ideology that the ruling
class uses to gain allegiance and support from members of the working classes, even
though it goes against their real-life interests. The true interests of society's
have-nots lies in resistance, and ultimately, social revolution to overthrow the rich and
powerful who control and exploit them.

The Walk for Life also shrouds itself in feminist rhetoric. Co-sponsors
Feminists for Life are supporting a reform (criminalizing abortion and women's
reproductive rights) that will do nothing but harm women. They are walking hand in hand
with the elites who enforce discriminate against women in the workplace and push socially
destructive and sexist body and sexual standards and rigid, oppressive gender roles (the
capitalist media and advertising industry being a major tool in this). While they claim
to support women's freedom, they seem to have no problem with the operation of
sweatshops throughout the Global South, populated with women working for slave wages.
Ironically enough, the pro-"life" movement as a whole supports the most brutal
degradation and destruction of life through war and capitalism.

We're not going to take it anymore. It is a special affront that this march, whose leaders consistently whip up heterosexist hatred and social oppression against queer and trans people, is set in San Francisco--a city known for it's history of radical queer resistance, such as the famous late 70's uprising known as the White Night Riots.

We are calling for a festive, racous and confrontational approach to this
right wing invasion. Bring yourselves and your ideas to the Spokescouncil on Sunday, Jan.
15, to finalize plans of resistance. Autonomous direct actions to shut down the march are
also encouraged.

And bring yourself, your friends, coworkers, families, and lovers out to stop the
right-wing invasion and celebrate your autonomy on January 21st.

Fight the Right--In the Streets!

Stay tuned...further schedule updates, including the location of the Spokescouncil will
be posted soon...also check up on the website or email the address. 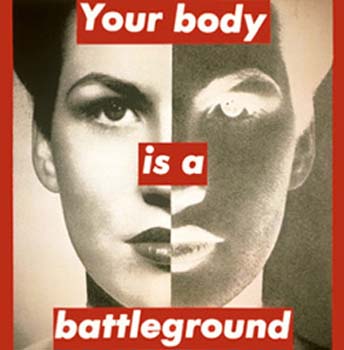 http://anarchistaction.org
Add Your Comments
LATEST COMMENTS ABOUT THIS ARTICLE
Listed below are the latest comments about this post.
These comments are submitted anonymously by website visitors.