by Puck Lo
December 17- Confrontations at the main barricade in the protest zone continued until around 5pm. 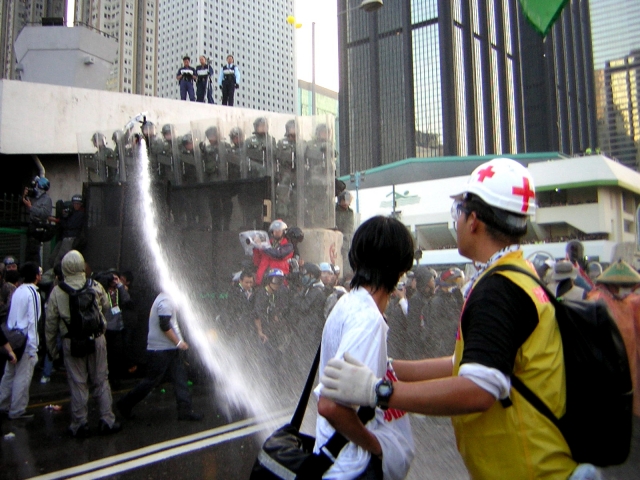 At nightfall, a march of over 1,000 people left the protest pen and over the Marsh Road bridge. When they reached the closest busy intersection, the march quickly deviated from the planned route that had been cleared with police and other authorities.

The huge march divided into smaller groups of 100-200 people and split up, running in different directions after successfully facing off a police line during which protesters rammed a line of riot police with barricades and a flaming wooden 2x4. The protesters ran through streets, stopping at intersections, drumming, cheering and greeting the thousands of Hong Kong locals watching from the sidelines.

"We love Hong Kong!" the protesters shouted. "Down, down WTO!"

A block and a half away from the convention center, police closed in on the protesters. After repelling protesters by shooting rounds of tear gas, protesters--eyes tearing, and choking and gagging, filtered into a intersection that they would occupy for until 3am, when police arrested 900 people. 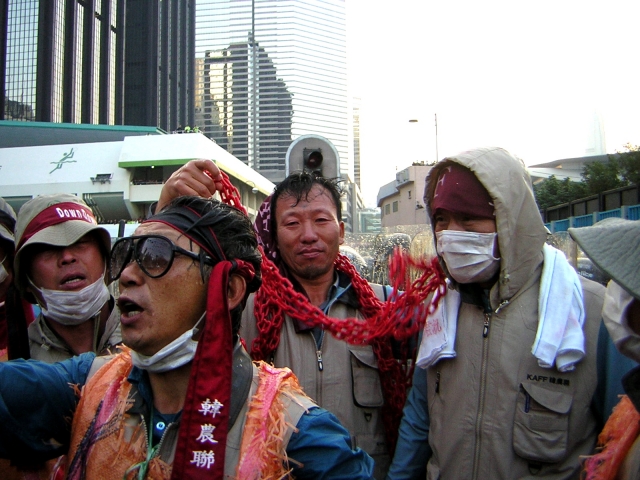 §More of the firehose
by Puck Lo 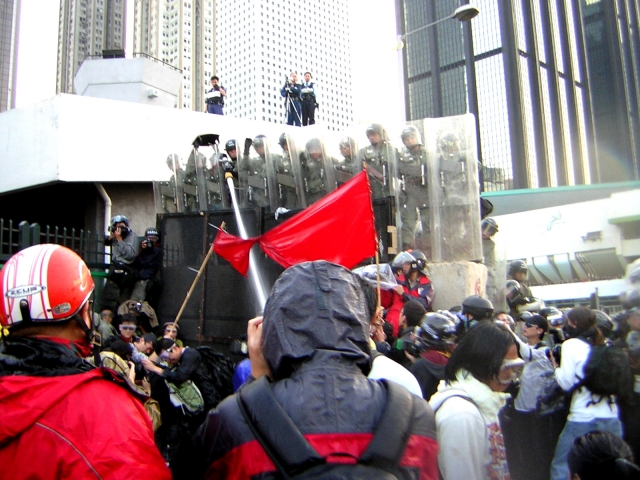 §So Many Cops
by Puck Lo 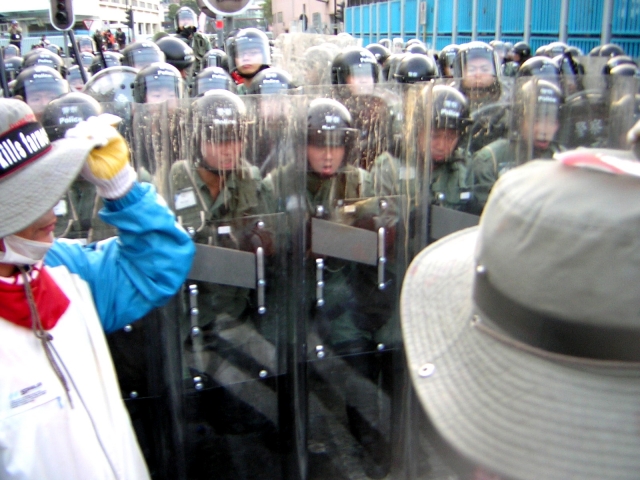 §Looking Back
by Puck Lo 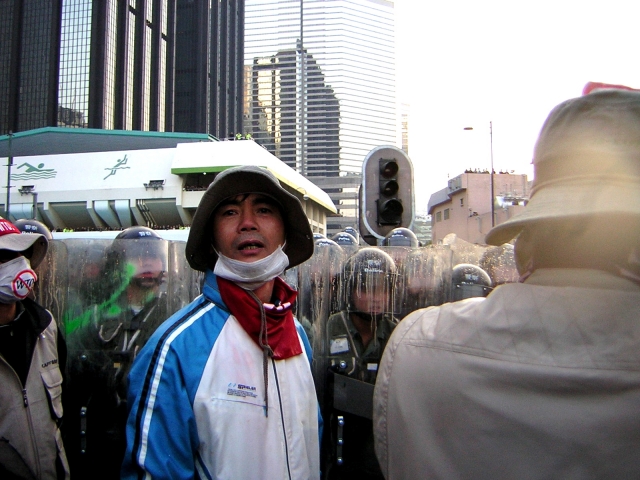 §Nothing But Our Chains to Lose
by Puck Lo 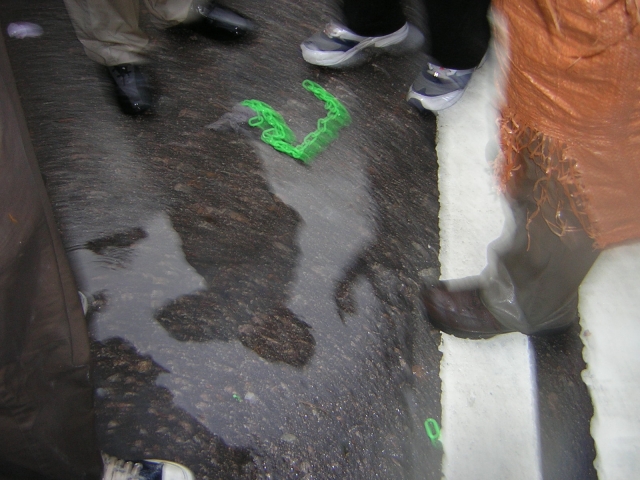 .......and then I got sprayed head-on again and my camera stopped working.
Add Your Comments
Support Independent Media
We are 100% volunteer and depend on your participation to sustain our efforts!