Photos from the Women's March on the WTO Protests; Hong Kong, Day 4, page 3

by Puck Lo
A group of Hong Kong activists showed up with a sign reading “Hong Kong People Support International Demonstrators Against Unfair Trade.” Their enthusiasm was contagious. 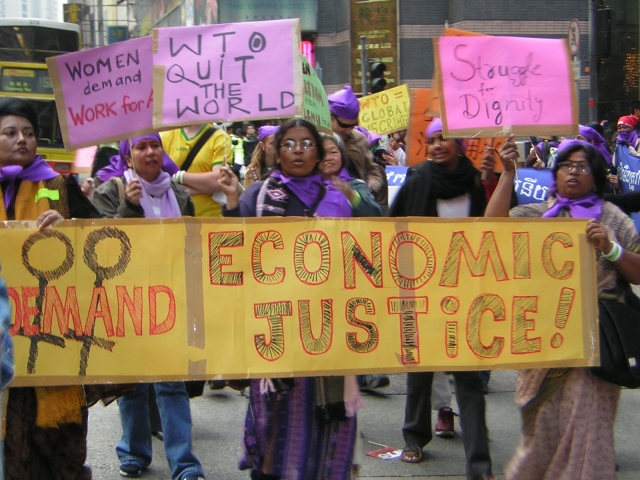 Locals—including an entire contingent of a dozen schoolgirls in uniform—climbed over the low barricades and joined the procession, welcomed by a roar of approval from the marchers. 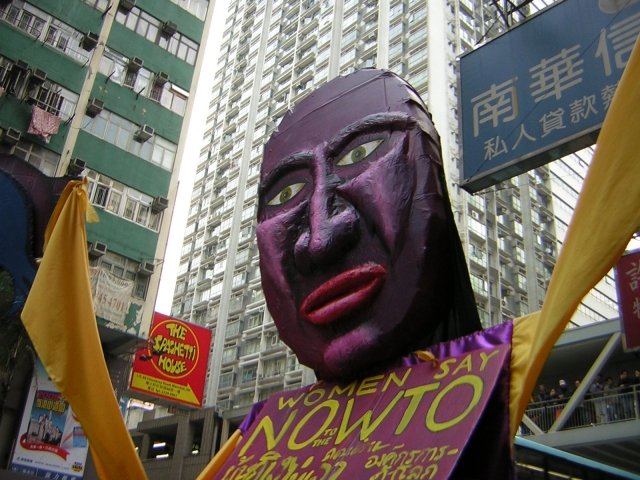 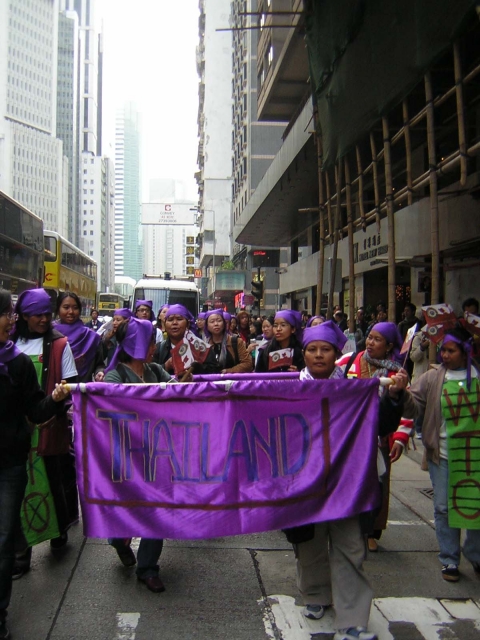 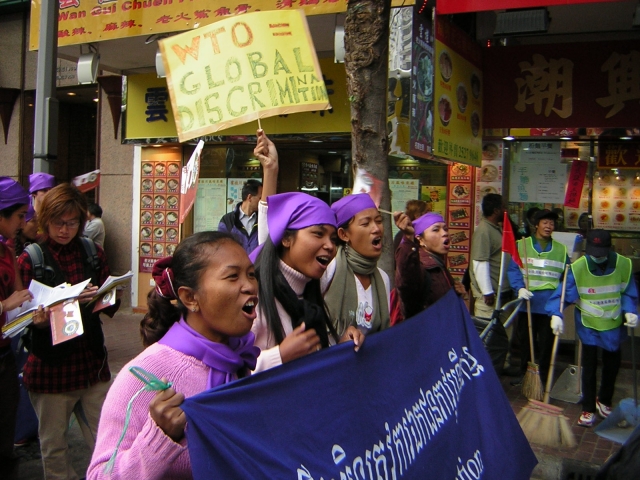 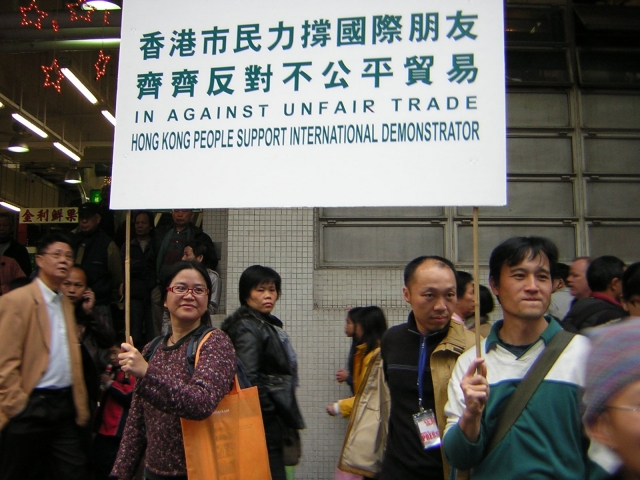 Add Your Comments
Latest Comments
Listed below are the latest comments about this post.
These comments are submitted anonymously by website visitors.
TITLE
AUTHOR
DATE
"designated protest zone"?
concerned supporter
Support Independent Media
We are 100% volunteer and depend on your participation to sustain our efforts!