by Handle and Puck Lo
Hong Kong, December 15- During an event that was part of the People's Week of Action Against the World Trade Organization (WTO), a group of fifty people crying: "Down, down, WTO!" and "Down, down, USA!" climbed a steep road to the Hong Kong United States consulate. The action on was a continuation of a "consulate hopping" protest opposing the General Agreement on Trade in Services (GATS). 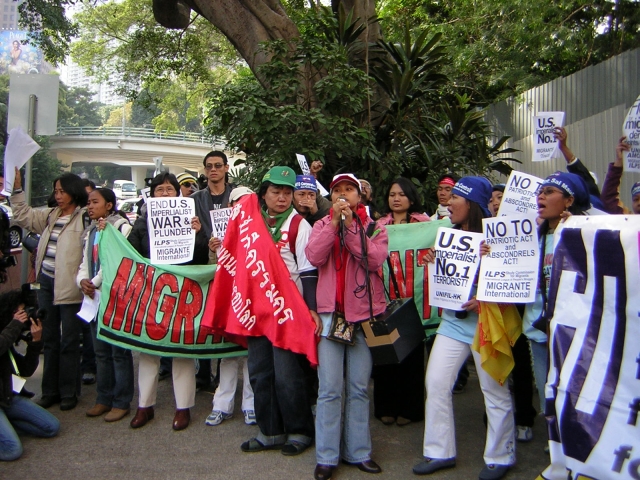 Migrants led the protests again today, clearly making the links between the deleterious effects of free trade and the economically-driven migrations of poorer people. Referring to the Chinese name for San Francisco- the "Golden Mountain"- Alex Tom, an organizer with the San Francisco based Chinese Progressive Association, declared that although historically many Asians have moved to San Francisco with "golden hopes," in reality "San Francisco is only a golden mountain for big corporations that profit from the labor of thousands of low-wage migrants."

Representatives of worker's rights organizations from New York and Los Angeles also spoke. Members of the groups who were not able to make it to Hong Kong- mostly low-wage, immigrant workers in the US- sent messages of solidairty against the WTO to the migrant workers here as well as to those who are in other countries.

Speakers at the rally denounced both the war waged on Iraq (initiated by the US) and capitalist globalization (dominated by the US) as imperialism. The crowd responded by shouting: "US imperialists- number one terrorists!"

When the rally concluded, a large delegation of Filipino/a activists led the march away from the consulate. Indonesians and Thai migrants were present in smaller numbers; the US group of nearly two dozen, and several union members from Taiwan followed in support. The procession continued to chant as they left the area.
Related Categories: International | Global Justice & Anti-Capitalism
§US, Imperialist
by Handle and Puck Lo 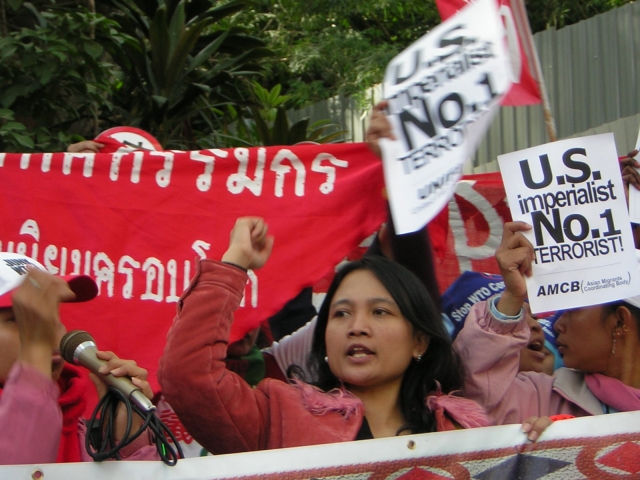 §Number One Terrorist
by Handle and Puck Lo 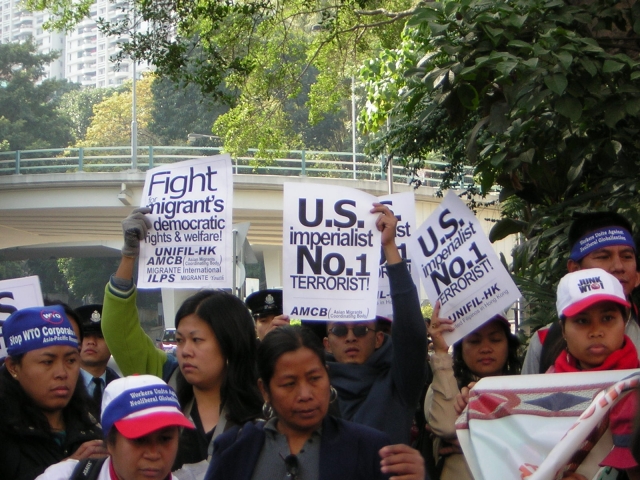 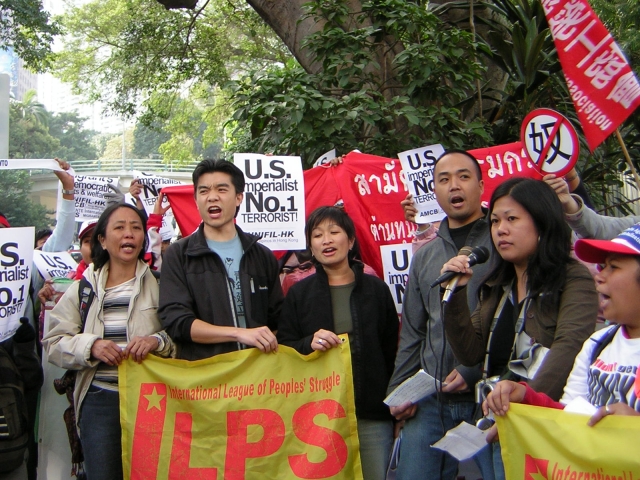 http://www.cpasf.org
Add Your Comments
Support Independent Media
We are 100% volunteer and depend on your participation to sustain our efforts!