Photos from the WTO Protests in Hong Kong, Day 2

by Puck Lo and Handle
The Korean farmers performed cultural dances and drummed outside the department store. Speakers thanked Hong Kong residents for their warmth and hospitality in spite of the unfavorable press coverage that had been circulating about Korean protesters. 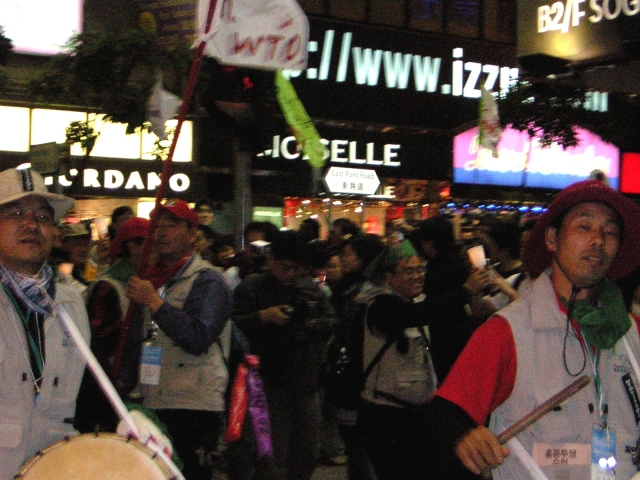 The assembly, which had been calm, then broke out into unexpected dancing as the drumming rapidly intensified. The contrast was startling. Previously placid faces of the farmers—mostly men in their thirties and older—shone as they kicked their legs recklessly. Dancing in a snakelike formation, the farmers circled the area and pushed further into the street as confused cops watched from afar and reporters jostled for better positions. Korean farmers, Via Campesina delegates, and other anti-WTO activists stomped and danced upon a red, white and blue flag of skulls and stripes on which the word “Fuck” had been written prominently.
Related Categories: International | Global Justice & Anti-Capitalism
§Assembly
by Puck Lo and Handle 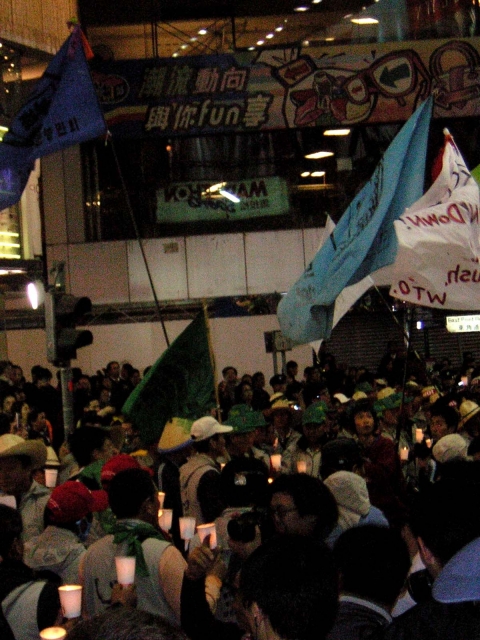 §The street blocked off
by Puck Lo and Handle 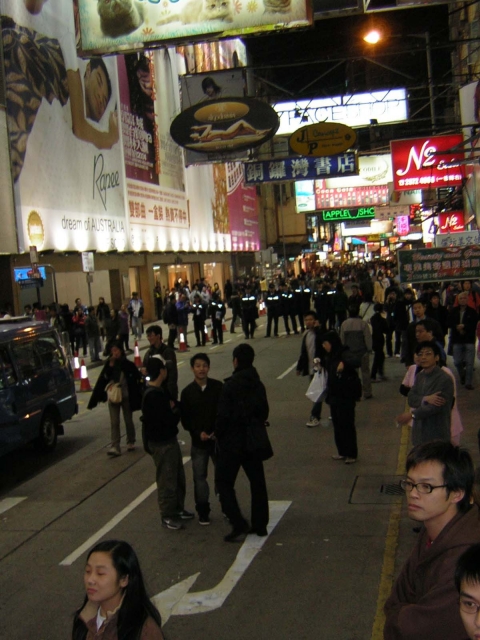 §Procession
by Puck Lo and Handle 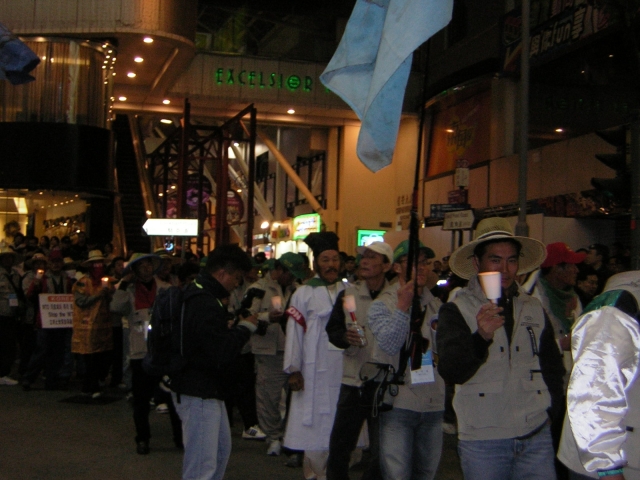 §In the street
by Puck Lo and Handle 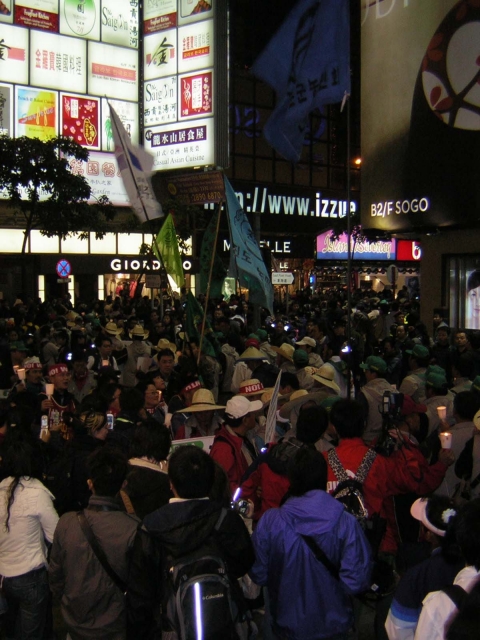 §&quot;Fuck!&quot; the USA
by Puck Lo and Handle 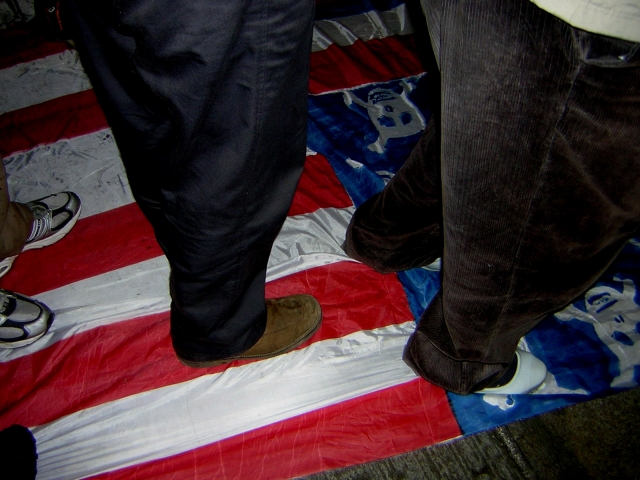 The flag says "Fuck!" on it, but someone is stomping on it.
Add Your Comments
Latest Comments
Listed below are the latest comments about this post.
These comments are submitted anonymously by website visitors.
TITLE
AUTHOR
DATE
i agree...but don't as well
vinylvixxn
Support Independent Media
We are 100% volunteer and depend on your participation to sustain our efforts!