Photos from the WTO Protests in Hong Kong, Day 2

by Puck Lo and Handle
A march and a full day of rallies, part of the People’s Action Week on WTO, continued at Victoria Park on the second day of the Sixth Ministerial WTO conference in Hong Kong. 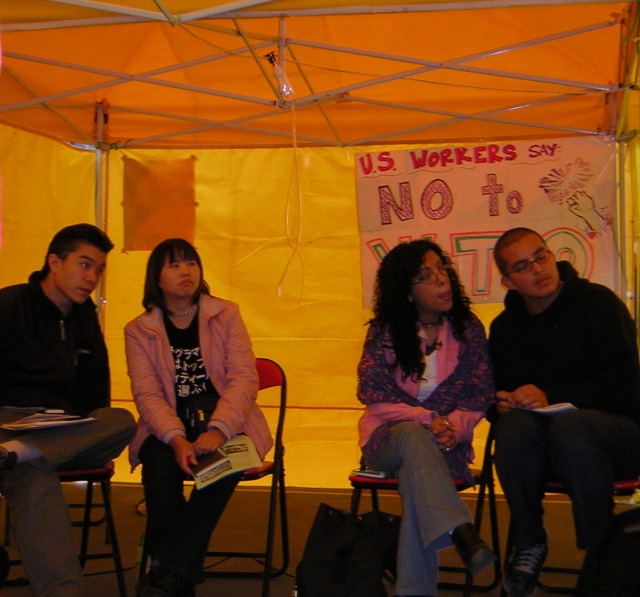 Workshops and plenaries included topics such as WTO, Food Sovereignty and Alternatives to Globalization; Defending Water Commons; and Building Solidarity Amongst Garment, Farm and Other Migrant Workers from San Francisco to Hong Kong.

In the evening, nearly two hundred Korean farmers—wearing their trademark straw hats and beige vests inscribed with anti-WTO slogans—assembled in the street next to a Sogo department store in Causeway Bay. Most of them sat on the ground holding lit candles while several farmers offered more candles to crowds of curious onlookers.
Related Categories: International | Global Justice & Anti-Capitalism
§Garment Workers Confer
by Puck Lo and Handle 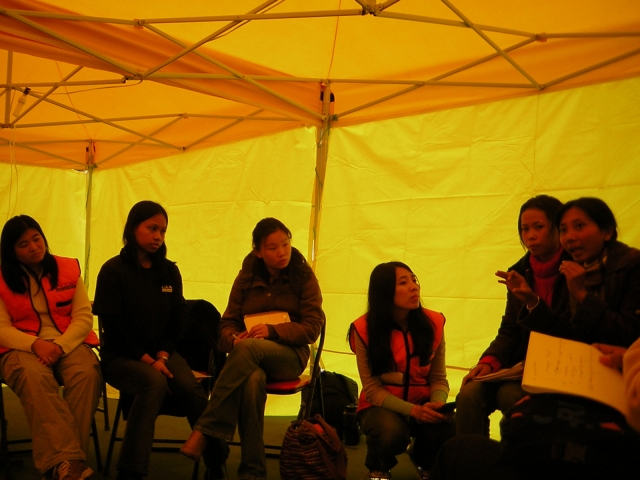 Garment worker-organizers connected their struggles worldwide during a workshop at Victoria Park. A Chinese worker living in San Francisco, a Latina worker living in Los Angeles, and a Thai worker compared their experiences to build for a future of solidarity.
§Korean Farmer's Rally Outside a Hong Kong Department Store
by Puck Lo and Handle 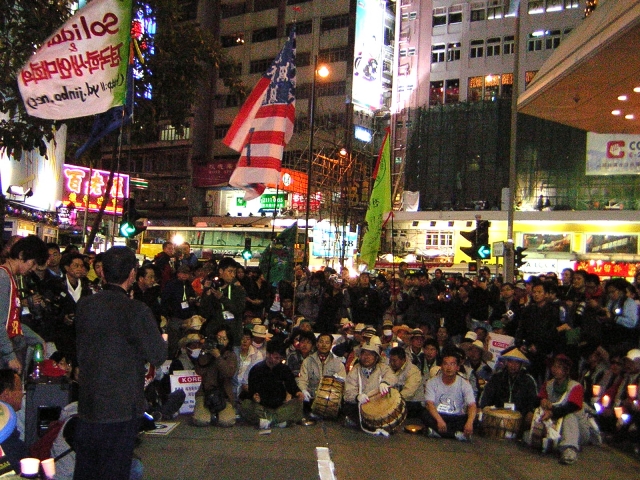 In an outreach attempt aimed at the Hong Kong public, Korean farmers gave out candles to the public.
§No To GATS
by Puck Lo and Handle 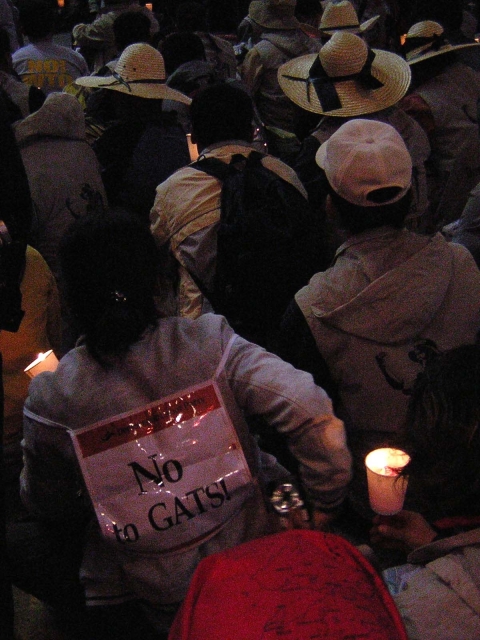 §Onlookers
by Puck Lo and Handle 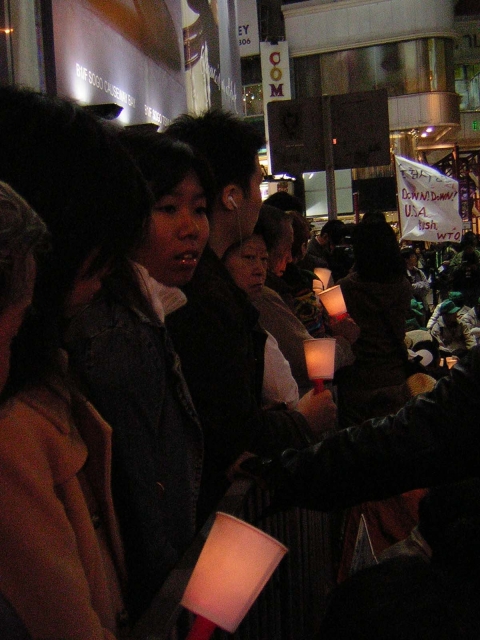