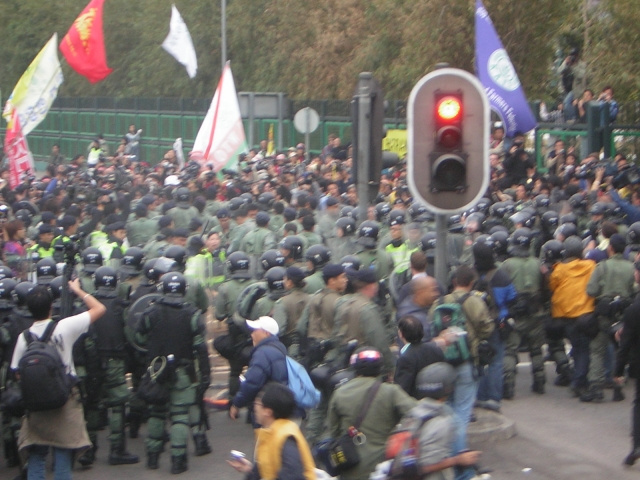 While some Korean farmers jumped into the bay, just outside the protest cage, other Korean protesters had charged the police line that blocked the road to the convention center. They dismantled the funeral pyre prop they had been carrying throughout the march, lit the two-by-fours on fire and ran for the police line. Other protesters joined in, launching empty water bottles and other small objects at the police, who responded by spraying the crowd with a thick, orange, foaming substance that triggered reactions similar to those caused by pepper spray.

Protesters and others who were sprayed were forced to retreat while people in the crowd searched for their personal water bottles.

The Korean delegates advanced towards the police lines in organized waves, pushing reporters away from the front lines “for safety.” Then at 5pm, they stood up and announced that the protest was over.

Later, a speaker said that one Korean protester had been hospitalized. He announced: “We’ll try again tomorrow and the next day. If the Hong Kong police try to block us with their shields we still will make our way there. We will continue to struggle against the WTO and we will continue to make attempts to make our way into the convention center and break into the convention center.”
http://www.targetwto.revolt.org
§Charging
by Handle and Puck Tuesday Dec 13th, 2005 11:16 AM 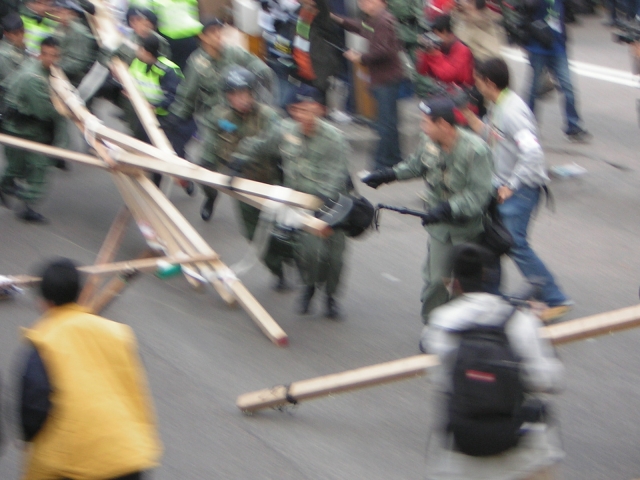 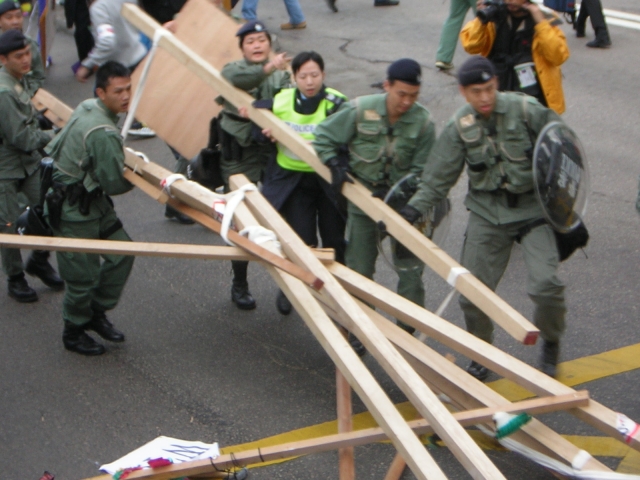 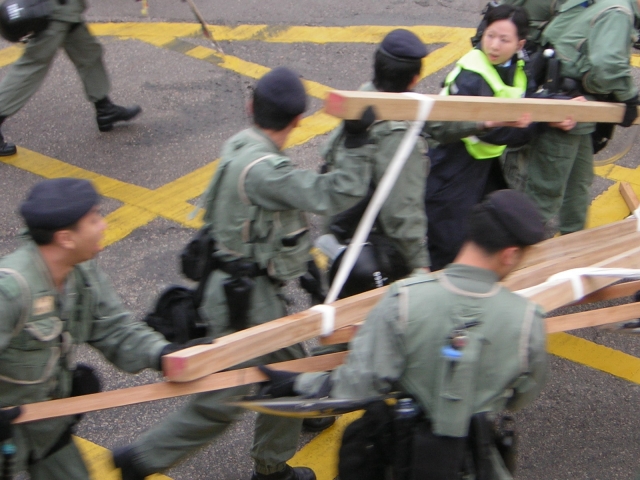 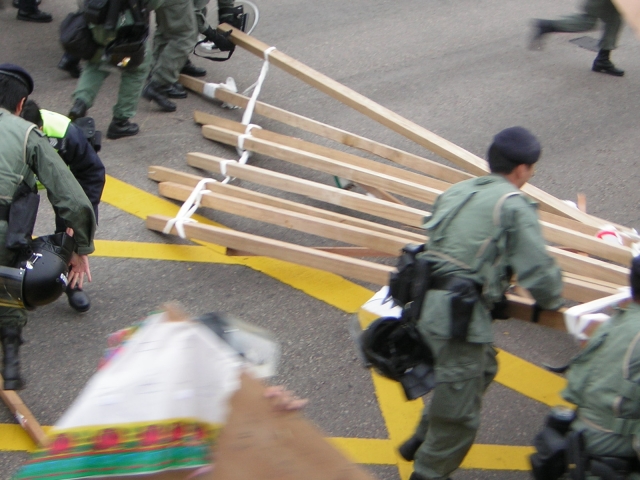 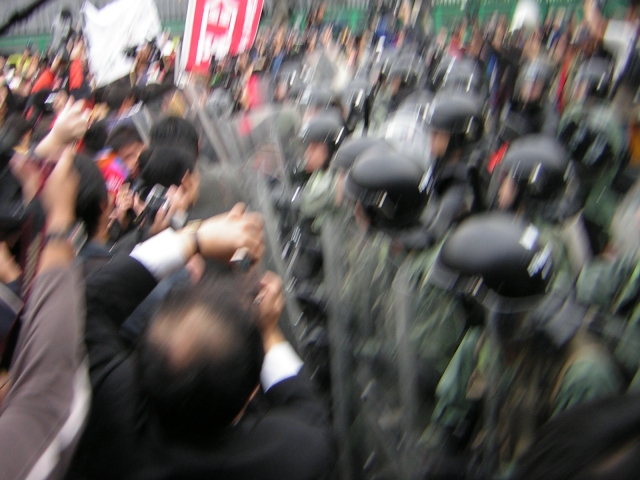 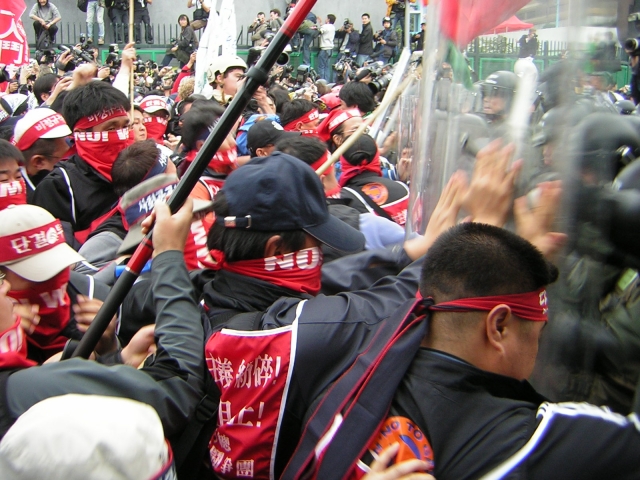