Images Outside San Quentin While Stanley Tookie Williams Was Murdered

by Bill Hackwell (hckwll [at] yahoo.com)
A hero to many in his community, the author of many acclaimed children's books and being nominated for the Nobel Peace price meant nothing tonight as the state of California snuffed out the voice and life of Stanley Tookie Williams. 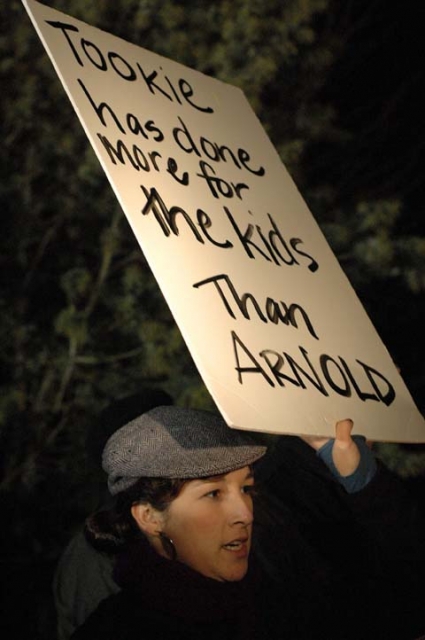 Why we stand against the death penalty ...

So-called "justice" in the U.S. is far from being unbiased. Virtually all death row inmates are poor people. Those who can afford a good lawyer almost never end up on death row. There are no millionaires on death row.

Study after study shows that racism is a dominant factor in who gets death sentences. People of color, African Americans in particular, are greatly over-represented on death row, as they are in all levels of the criminal justice system. Since the death penalty was reinstated in the 1980's, 40% of those executed have been African American. Prior to that, over 50% were African American. While African Americans are six times more likely to be murdered in California than whites, when the victim of a homicide is white, the perpetrator is at least four times more likely to get the death penalty than if the victim is a person of color.

A small but important step toward true justice is the demand for a moratorium on the death penalty. Every time the state tries to execute another prisoner we must raise this demand. 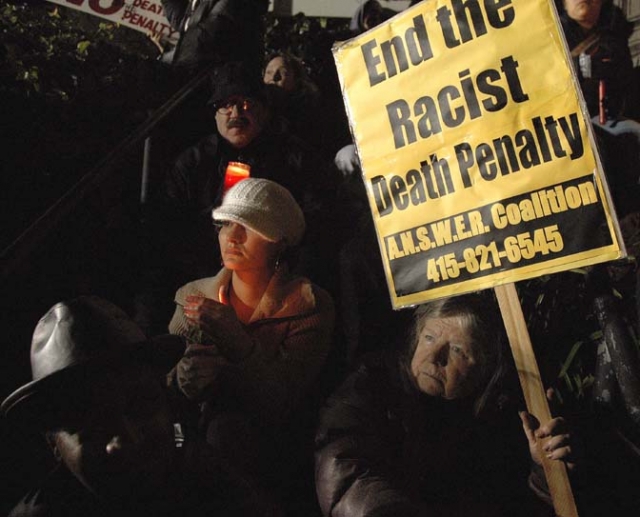 §people came from all over..
by Bill Hackwell (hckwll [at] yahoo.com) 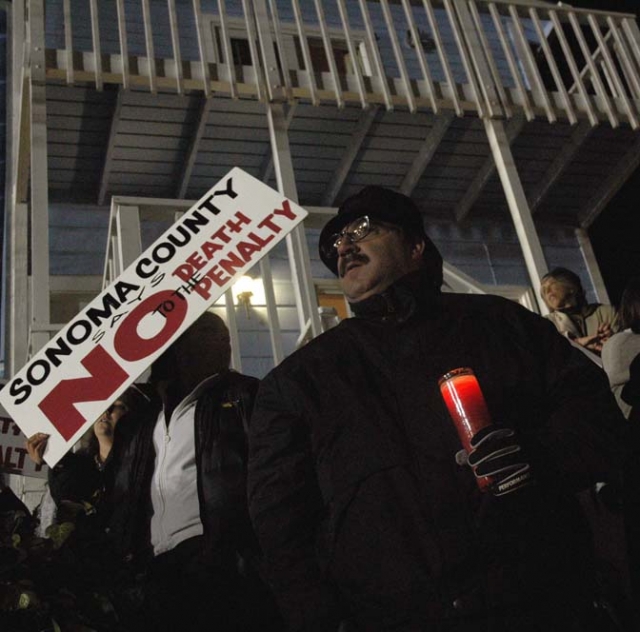 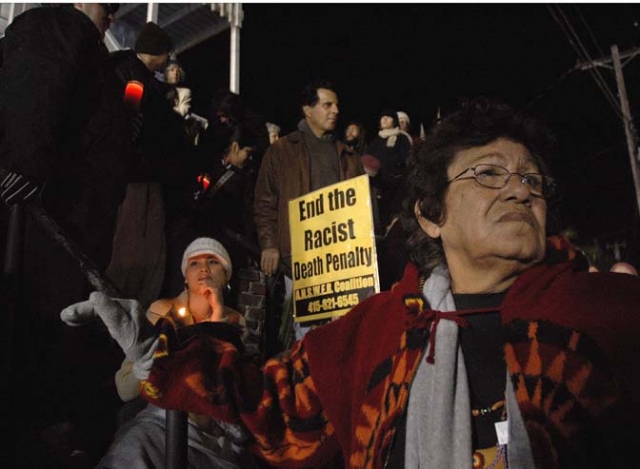 §The state as a killing machine..
by Bill Hackwell (hckwll [at] yahoo.com) 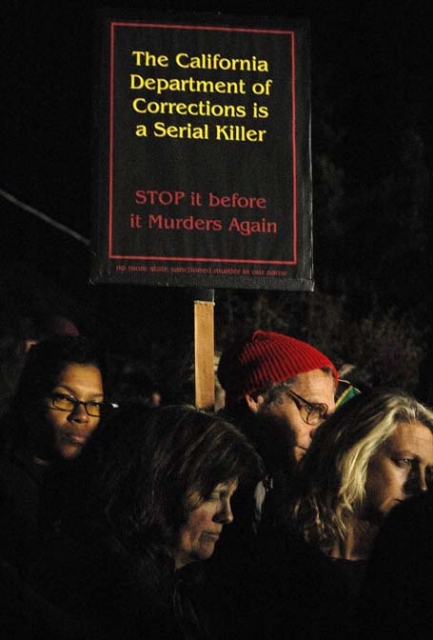 §religious protestors against the death penalty
by Bill Hackwell (hckwll [at] yahoo.com) 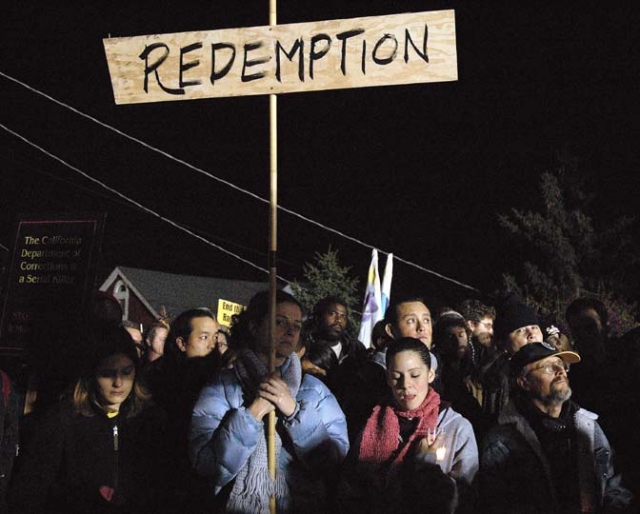 §after midnight...
by Bill Hackwell (hckwll [at] yahoo.com) 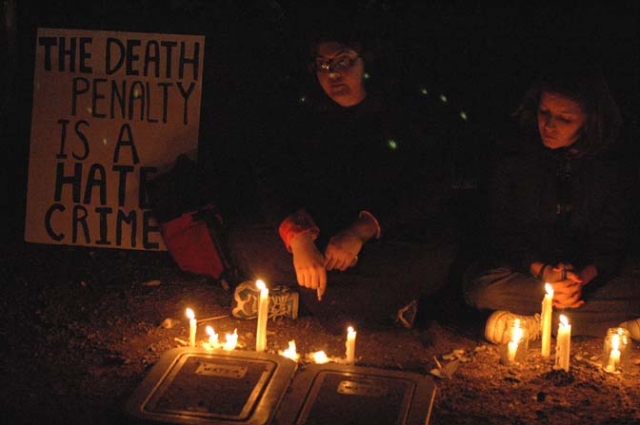 photos: Bill Hackwell
Add Your Comments
Latest Comments
Listed below are the latest comments about this post.
These comments are submitted anonymously by website visitors.
TITLE
AUTHOR
DATE
eye for an eye
zero
Blaming, killing and dehumanizing other's is easy!
erperaza
Justified?
A. Angeli
The night changed my life
NAT
thanks Indybay
Great pics!
Support Independent Media
We are 100% volunteer and depend on your participation to sustain our efforts!